Dr. Ian Malcolm warned everyone that life would found a way, and in Jurassic World: Fallen Kingdom, he was proven right. That movie set a new status quo where dinosaurs now roam freely across the US. In the new short Jurassic World: Battle at Big Rock, we get our first glimpse at what that terrifying reality looks like. After premiering on FX over the weekend, the short has now roared online.

Colin Trevorrow directed the eight-minute film, which he also co-wrote alongside Jurassic World 3 screenwriter Emily Carmichael. Set in Big Rock National Park — about 20 miles away from where the prehistoric creatures entered the ecosystem at Lockwood Manor — it stars Moonlight actor André Holland and End of Watch’s Natalie Martinez. The pair play a married couple taking their expanded family on what should be a fun RV trip, until unexpected guests find their way to the camp grounds. Sure, the baby  nasutoceratops (the first dino born on US soil, it turns out) is cute and all, but when an allosaurus stomps onto the scene, then there’s running and screaming.

(Read: As the World Lost Its Sense of Wonder and Majesty, So Did Jurassic Park)

Check out Jurassic World: Battle at Big Rock below. The third Jurassic World film isn’t set to open until June 11th, 2021, leaving plenty of time for more prequel shorts like this to add new scales to the mythology. 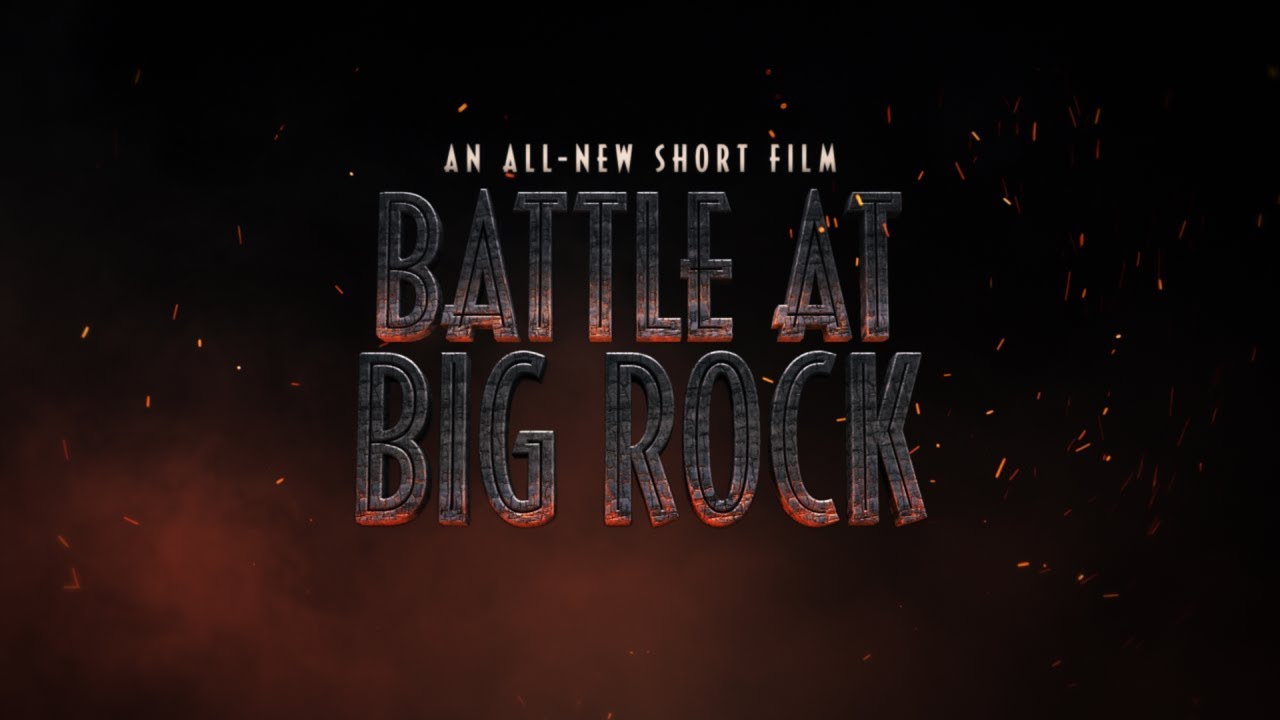