Pearl Jam 30 continues with an anniversary piece we originally ran on Backspacer last year. For more PJ coverage, check out a personal reflection on Vs. as well as a deciphering of No Code, a look back at Yield, and an early review of Gigaton. Also, find out where Gigaton fits into our definitive ranking of Pearl Jam’s back catalog.

Of all the timeworn adolescent rock and roll clichés, you can’t do much worse than saying your life changed at 14 after hearing Pearl Jam on the radio for the first time. Well, sue me: I say just that — that the music seemed to erupt straight from the earth’s core and then smolder inside my chest the whole ride home. It only gets worse from there: Like the lemmings he once scolded in “Corduroy”, I even bought a jacket because I thought it looked like something Eddie Vedder might wear.

But hear me out: This was 2009, not 1992. That chance radio encounter with “Alive” led unfashionably to a summer of nothing but Pearl Jam –looping, solitary, fixated fits of Pearl Jam — so that by the time freshman year of high school started, I couldn’t tell Pitbull from P!nk. All I could think about was Backspacer, the new Pearl Jam album due later that September, and mastering as much of the band’s history as I could before then. The high school freshman is a uniquely impressionable figure, swayed by not only hormones and peer pressure but also the sense that some nominal level of maturity has been attained and with it the right — perhaps, even, the obligation — to cultivate a persona. A process ensues wherein simple preferences harden into precious convictions. 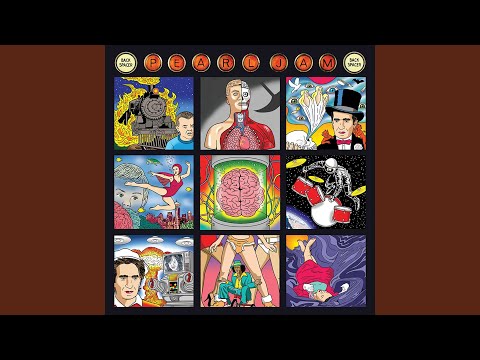 Ten years ago today, Pearl Jam released Backspacer and sent me hurtling down that road. Like tin foil, the album trapped my nascent attraction to the band, still hot from an adolescent summer. Simply listening to the 11 new songs just wouldn’t cut it: I had to parse every review, rank every emerging setlist from the accompanying tour, scrounge up every band interview for meager, recycled nuggets of commentary on the new material — and then do it all again, album by album, tour by tour, for the 18 years I’d missed. Though Pearl Jam — with their hundreds of official bootlegs — make it uniquely easy for their fans to invest in obsession, I’m proud to say that I went the extra mile. I can still feel my elbows going cold against a school library desk as I squinted at grainy concert footage from 1998, leaving other homework for later.

In the end, the hardest part was simply facing the broader fan community’s take on Backspacer itself. Many of these fans, it seemed, didn’t care for Backspacer. More than that, they actively resented it. The album, Pearl Jam’s first No. 1 hit since 1996’s No Code, struck many otherwise loyal followers as an overly commercial, overly optimistic abdication of the band’s commitment to a grittier, more obstinate punk ideal. People couldn’t reconcile “The Fixer”, Backspacer’s buoyant lead single, with a ruminative dirge like “Immortality” from 1994’s Vitalogy. On that track, Vedder nearly whispered the closing lyric “Some die just to live”; on the new song, he threw a fist into the air and swaggered, “When something’s gone, I’m gonna fight to get it back again.”

Though Backspacer closes with “The End” — sung from the narrator’s deathbed — most of the album trades in upbeat, major-key celebrations closer to “The Fixer.” The band that once railed against abusive parents now extolled the joys of fatherhood; they who once boycotted Ticketmaster now struck distribution deals with Target (while still, crucially, protecting independent record stores). It’s not that the disgruntled lifers heard a bad Pearl Jam album; they didn’t really hear a Pearl Jam album at all. What for me was a new beginning was for them the end of an era — the sound of Pearl Jam sliding unconcerned into legacy-band territory. Looking back, the album does seem like something of a reset for the band, who have since toured and put out new music at slower paces than ever before. 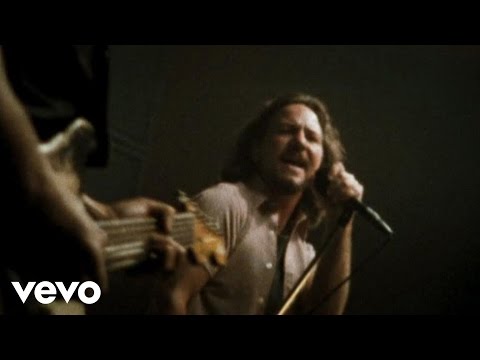 Nevertheless, I believed it then and I believe it now: Backspacer is really good. The songwriting is clever, the performances tasteful, the production warm and inviting. What’s more, the album captures the band trying something new: a groovier, poppier sound owing more to the Police and early U2 than to The Who and Neil Young, the group’s most oft-cited muses. Backspacer seems to operate with more clarity and intention than do the two Pearl Jam albums immediately preceding it. Whereas Riot Act (2002) and Pearl Jam (2006) come off like spontaneous combustions — they have the naked sonic quality of live concert recordings — Backspacer flaunts the methodical tinkering of the lab.

There’s a cerebral, exploratory quality to the way Vedder ricochets his “Fixer” vocals around the beat that’s utterly unlike his linear howling on those other albums’ heavier numbers. Rather than flash his trademark flurry of notes on “Amongst the Waves”, Mike McCready threads his solo with isolated, elegant, conversational phrases that say only what they must. Even album opener “Gonna See My Friend” — the thrashiest, Who-iest number of the lot — pulls tight around nervy guitar interplay and Matt Cameron’s exacting, meticulous drum fills. In a short video promoting Backspacer, Vedder said the album “was all based on this brand-new idea to us of, ‘let’s write the songs before we record them.’” And in a perfect four-star review from the Los Angeles Times, Ann Powers called the album a lesson in what “grown people can accomplish when they know exactly what they want.” I’d take Riot Act over Backspacer any day, but hell if I don’t respect this record’s game face.

That focus extends to Backspacer’s lyrics, often unified around Vedder’s love for music itself. His devotion can take on surreal dimensions as in “Johnny Guitar”—an erotic hallucination involving characters spotted on an obscure album cover—but it is typically far more grounded, finding its fullest expression in the physical manipulation of volume. Early on, on “Got Some”, Vedder repeatedly exhorts us to “Turn it up!” while later, on “Supersonic”, he pledges to always live “life with the volume full.” The irony of a Pearl Jam album bursting with so much unbridled joy is not lost on the singer, and in “Amongst the Waves”, he winks directly at the skeptics who never thought they’d hear him croon about domestic bliss: “Better loud than too late,” people. 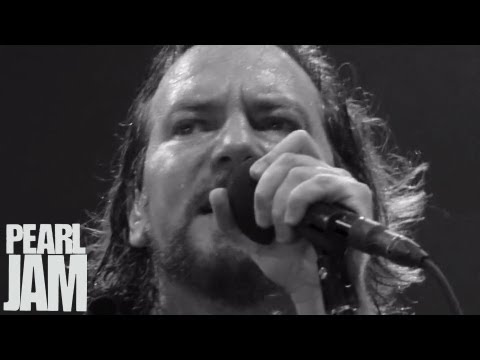 I could say the same about my own obsession with Pearl Jam, which by all objective measures didn’t start quite on time. There’s a certain lonely sense of haunting that comes with being a second-generation fanatic: The glory days flicker in your mind not as memories, but as mythology. No doubt, YouTube is the greatest friend that obsession has ever known; even so, I feel a tinge of envy — even guilt — when I think of the first generation cutting its teeth on hard-won bootleg CDs. Watching, say, the band’s 1992 MTV Unplugged performance, it doesn’t even seem real that the band ever had such youth, such grit, such hair. I’ve been blessed to see my share of truly wonderful Pearl Jam shows over the past 10 years, but none could ever attain the sacred status of Chicago ’95, Randalls Island ’96, or even Penn State ’03. These are the events over which a generation bonded in real time, events that exist to me only in their re-telling. It’s better to not overthink it; after all, better loud than too late.

It’s harder to accept that my fandom, which feels so constitutive of my sense of self, is in actuality more incidental than innate. Like email or anxiety, Pearl Jam is a fact of my daily life, “Present Tense” more embedded in my plans than a proper lunch. But it didn’t have to be like this. I didn’t have the luxury of living in the band’s cultural moment; my dad’s dial had to land on “Alive”, my uncle had to have Ten waiting for me on his shelf, Backspacer had to arrive when I did. Had it not, my 14-year-old energy would have surely found another outlet: Bowie, perhaps, or fitness. Ten years is not really the number worth looking at here. That’s somewhere in the hundreds of memorized bootlegs, the thousands of private euphorias, the countless hours of daydreaming and procrastination that Pearl Jam stole from other worthy endeavors. I don’t know what my life looks like without this band, but I do know that I only have them by accident.

So, 10 years later, when I say that Backspacer is the most important album of my life so far, I’d be remiss to reserve my thanks for Pearl Jam alone. Above all else, this album stands for me as a monument to serendipity — to the arbitrary alchemy of circumstance that turns us into fans, into the people we know ourselves to be. It reminds me that a favorite band is so much more than the music it makes. Like any true love, a favorite band is an adventitious gift from an unknowing universe. It comes with a simple note tacked on: Listen.

Like Eddie says, live life with the volume full, because you never know what you’re gonna hear.