“I don’t wanna be the last man standing,” a life-worn Willie Nelson reflects on his 2018 album opener. But no sooner do the words leave his mouth than the conflicted country balladeer bargains with himself: “On second thought, maybe I do.” For more than 40 years, Nashville’s original outlaw has carried the burden of standing outside the country establishment’s norms, expectations, and opinions, despite immense success. Add to this the resulting loneliness of losing close friends and fellow outlaws Waylon Jennings and Merle Haggard in recent years, and it’s hard not to empathize with Nelson’s musings on mortality.

Despite his complicated emotions, the bandanna-donning cowboy feels he has “One More Song to Write”, as he sings on his latest album, Ride Me Back Home: “It’s somewhere in my mind/ I’ll know it when it’s right/ I’ve got one more song to write.” Perhaps Nelson is still just enjoying life and creating music over 60 years removed from his debut. Perhaps he’s just passing the time. But what Nelson’s search for the “right song” suggests most clearly is that the change he hoped to bring the world, and more specifically Nashville, remains unfinished.

When Nelson released his debut record in 1962, he was clean-shaven, short-haired, and dressed in his Sunday best: the required image for a Nashville performer. By the second album, Nelson’s label, Liberty Records, wanted control of more than just his image as they pushed him to emulate the sound of Johnny Cash’s boisterous “Ring of Fire”. “The producers claimed to know the public taste,” Nelson wrote in his 2015 autobiography. “I let them fool with my music and adapt it to the taste. The problem, though, was that even with all those augmentations, my
stuff … didn’t sell.” 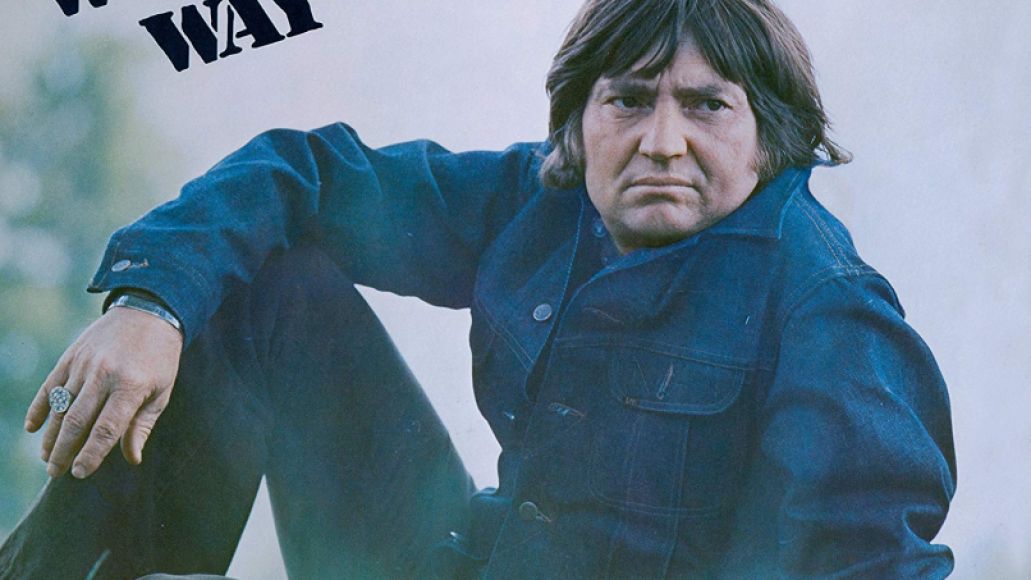 For a decade, Nelson endured the Nashville machine despite mounting frustrations. By his ‘72 release, The Willie Way, Nelson was no longer willing to conform to the smooth saccharine of Chet Atkins’ Nashville Sound. His apathetic annoyance is unmistakable on the album cover. The album would be his last for RCA, and the uninspired songwriting workhorse returned to his home state of Texas for fresh perspective.

Upon arriving in Austin, Nelson was greeted by a music-loving audience hungry for something new, something unifying. The “redneck” country fans and “long-haired” hippie crowd, who had been at odds through the late ‘60s, found themselves bonding over the raucous rock/country/western fusion playing in Austin clubs like the Armadillo World Headquarters. It was here on August 12, 1972, that Nelson became a founding father of Austin’s counter-cultural music movement.

Playing songs Nashville executives told him were “too complicated for country folk” with “too many chords or lyrics that were too deep,” Nelson embraced the outlaw persona and soon traded the clean-cut aesthetic for long hair, a beard, and a bandanna. Nelson’s presence in Austin was magnetic, attracting like-minded country outlaws and country-leaning rockers to bolster the progressive moment he set into motion. Two years later, Nelson would further solidify Austin’s standing as “The Live Music Capital of the World,” performing on the pilot of Austin City Limits, now a staple of music programming and host to the annual ACL Music Festival.

While Nelson’s role in creating Austin’s musical ecosystem is impressive, the relentless artist wouldn’t be satisfied until he could change the sound and philosophy of country music nationwide. Influenced by his experience in Austin, Nelson returned to Nashville to negotiate a new recording deal on his terms. He immediately found an ally in Atlantic Records VP Jerry Wexler who shared Nelson’s interest in something more important than record sales. “You’re going for art,” Wexler told him. “You’re going for truth. And if the art is truthful, sales will follow. What you really need is artistic freedom, and I’m here to give it to you.”

Nelson’s new artistic freedom didn’t lead to immediate financial success. But beginning with his 1973 album, Shotgun Willie, Nelson began crafting his distinctive outlaw sound and persona. The title-track opener immediately strikes with swampy swagger and Muscle Shoals-inspired brass riffs as Nelson contemplates avenging the physical abuse his daughter’s husband inflicted on her. The stories are subtle and minimalistic. The lyrics are simple. But throughout Shotgun Willie, it’s clear Nelson is funneling his anger, his frustrations with the industry, and his sadness into each heartfelt line and unpolished (yet masterful) instrumental performance.

For his next record, Nelson would take the influence of Muscle Shoals a step further as he recorded Phases and Stages at the storied Alabama studio, hoping to absorb the blues and gospel presence within its walls. Phases and Stages further tested Nashville’s idea of a country album, which typically consisted of a collection of unrelated vignettes of love and loss, good and evil simple enough for unsophisticated folk to understand. 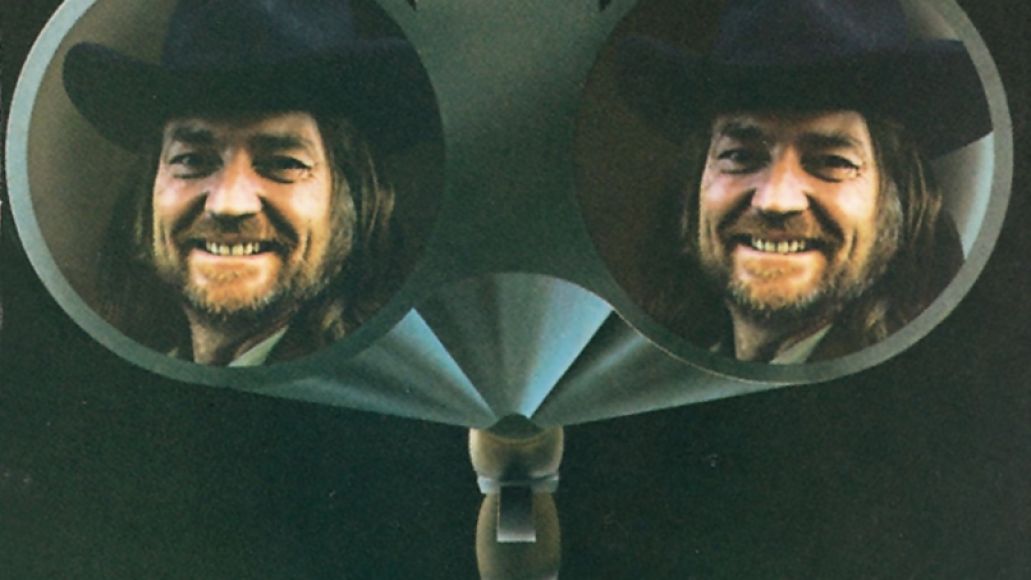 Nelson held more faith in his blue-collar fans’ understanding and delivered one of country music’s first concept albums, a story about “the sorrow that comes with the ruins of romance.” Taking on the viewpoint of a disregarded wife who leaves home on side A and that of her depressed husband on side B, Outlaw Willie proved he understood people’s emotions better than music businessmen with his perfectly arranged, heartbreaking “scenes that we’ve all seen before.”

Nelson would continue to push the country album format towards a conceptual focus and cohesion on his follow-up record, Red Headed Stranger, the current subject of CoS podcast The Opus. The double-platinum record became Nelson’s first No. 1 country album, which was followed by four more No. 1’s in the subsequent three years. Nelson’s success proved that America, as it always has, loves the outlaw, the underdog, the David willing to take on Goliath no matter the stakes.

In the 40 years since Nelson became America’s favorite outlaw, he has devoted himself to returning the favor by giving voice to other outlaws, underdogs, and marginalized people. On 1985’s Highwaymen record, he joins Johnny Cash in covering Woody Guthrie’s “Deportee (Plane Wreck at Los Gatos)”, a protest song whose uncanny prescience informs our world 70 years after its initial creation. “Some of us are illegal, and others not wanted/ Our work contracts out, and we have to move on/ Six-hundred miles to the Mexican border/ They chase us like rustlers, like outlaws, like thieves.” Thirty years since that song’s release, Nelson would condemn both presidents Obama and Trump for the treatment of the Mexican border and call on Americans to “take in” and “give medical attention” to separated and mistreated immigrant children. 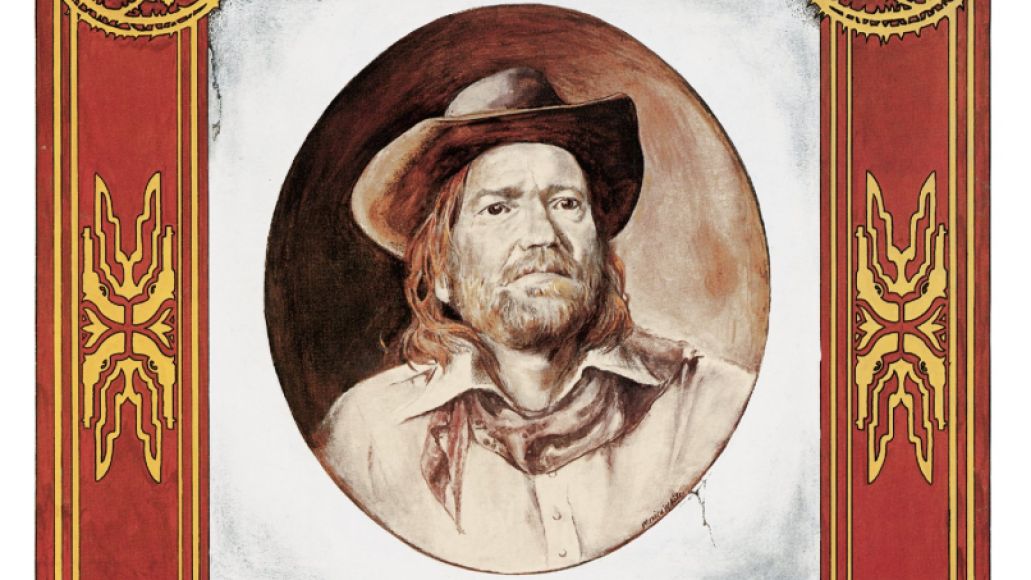 Nelson has taken up his activist role for outlaws on more than one occasion as he challenges the Nashville establishment’s philosophies. In 2006, his cover of Ned Sublette’s “Cowboys Are Frequently, Secretly Fond of Each Other” followed the recent release of Brokeback Mountain in combining LGBT and cowboy cultures, as he sings, “A small town don’t like it when somebody falls between sexes/ No, a small town don’t like it when a cowboy has feelings for men.” Nelson understands that it takes an outlaw attitude to empathize with other outlaws, no matter their situation. Ultimately, Nelson believes, our distinct situations don’t divide us. “People are people where I came from,” Nelson told Rolling Stone in 2013.

Though Nelson has worked tirelessly to change his surroundings and give voice to outlaws, the country music scene remains divided. The values he left behind in 1972 continue to dominate the charts while radio and label executives still control the market. But the rebellion Nelson started with Shotgun Willie is still gaining steam. In recent years, artists like Jason Isbell, Sturgill Simpson, and Chris Stapleton have found success despite the Nashville machine. 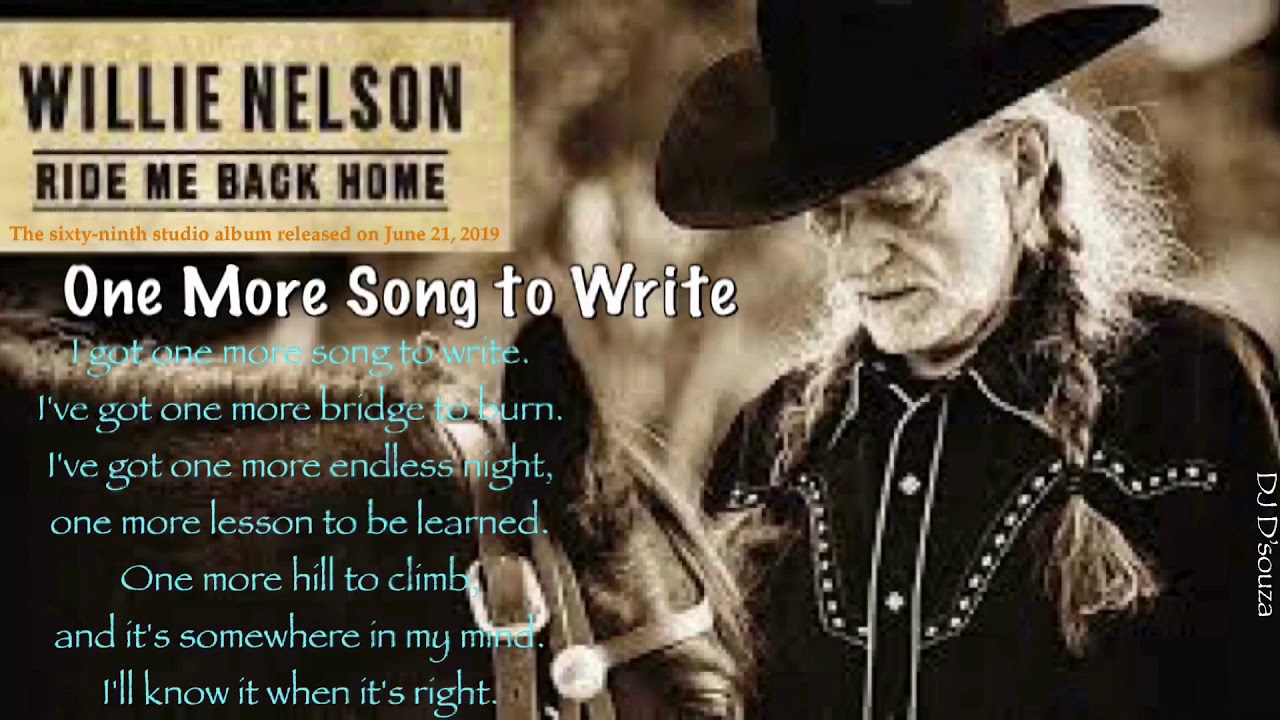 At the same time, artists like Margo Price, Nikki Lane, Kacey Musgraves, and most recently, The Highwomen have taken on misogyny, inequality, and other injustices that have forced women into an outlaw role for decades. Each artist in the new guard of outlaws can trace their origins back to Nelson’s persistent counter-cultural protest, a protest that drives him to always think of “One More Song to Write” and one more enemy to fight. Nelson’s vigilance and passion have ensured that whether or not he becomes the “Last Man Standing” of the original guard, the country outlaw will live on forever.

Be sure to listen into The Opus: Red Headed Stranger with new host Andy Bothwell, aka Astronautalis. Never miss an episode by subscribing now. You can also revisit a selection of Willie Nelson’s best tracks via all major streaming services.