The Pitch: The Gang is back in action after one of their best and most ambitious seasons. As It’s Always Sunny in Philadelphia ties The Adventures of Ozzie & Harriet’s record for longest-running live action sitcom, it’s remarkable that the show is not only this good as it begins its fourteenth season, but how it’s managed to evolve and stay relevant. Season 14 doesn’t have the same cliffhanger to resolve or Dennis-shaped hole to fill like the last one did, but it does have to follow up last season’s jaw-dropping finale, which set a new bar for what It’s Always Sunny is capable of.

The new season moves forward from that high water mark by going back to basics, at least in its first four episodes. The order of the day still includes zany, half-deranged schemes to find love (or its carnal equivalent), inappropriate responses in group settings, and the weird-but-amusing tangles of The Gang’s personal relationships and rigid bylaws. The opening salvo of Season 14 offers some topical commentary, but also the usual brand of misadventures and insanity that would fit in just as well mixed with outings from prior years. 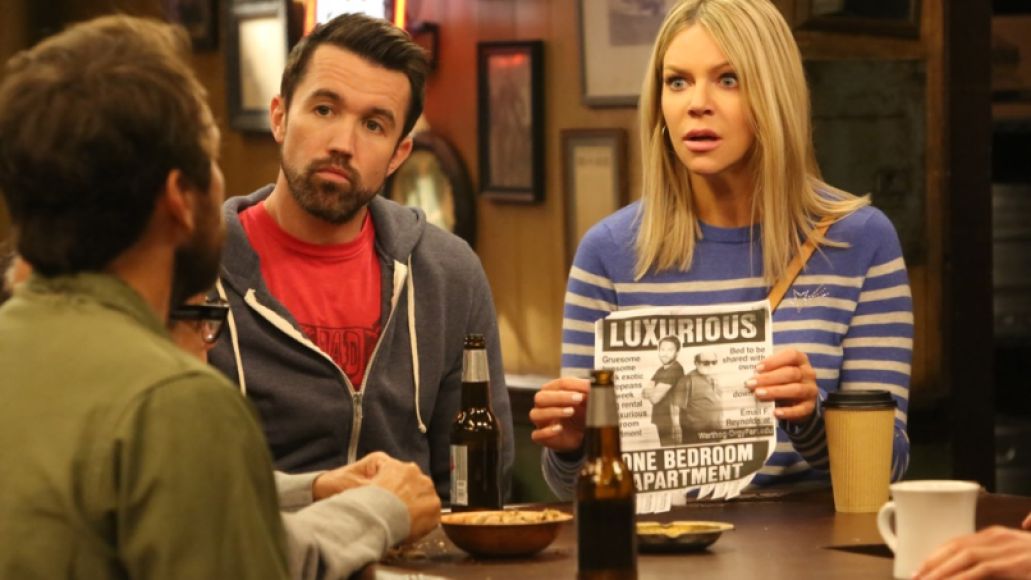 Let’s All Go to the Lobby: The new season has a particular flair for the cinematic. From romcoms, to action flicks, to film noir, It’s Always Sunny finds interesting ways to work in thoughts about the past, present, and future of movies into the show’s usual drunken ribaldry. That may take the form of a dose of romcom tropes mixed together with The Gang’s typical depravity, or a verbal essay on the changes to modern blockbusters, or a straight up noir pastiche, but the series clearly has film on the brain.

That tack works best when the show mixes up recognizable story beats from popular films with the series’s own slanted sensibilities. In “The Gang Gets Romantic”, the meld of romcom tropes and the particular brand of psychopathy that takes hold in Paddy’s Pub becomes truly hilarious, and even oddly sweet, in the juxtaposition. The show’s still amusing and satirical when offering takedowns of fan reactions to recent changes in beloved film franchises with reams of dialogue, but cuts deeper with its straight parodies and twisted homages.

New Faces, New Places: The new season features more new blood to help keep the show going. In its early years, It’s Always Sunny was penned by a regular roster of writers, which included plenty of episodes from stars Glenn Howerton, Rob McElhenney, and Charlie Day (as well as David “Cricket” Hornsby). But Season 14’s scripts feature a number of bylines from writers who joined the show in the past few years.

Thankfully that includes Community alum Megan Ganz, who wrote last season’s excellent #MeToo episode, as well as Dannah Phirman and Danielle Schneider, who’ve penned great installments like last year’s “The Gang Beats Boggs: Ladies Reboot” and the series’ imaginative take on a clip show. Season 14 also adds John Howell Harris, who worked with Kaitlin Olson on The Mick, to the writer’s room. And while the season premiere is penned by McElhenney and Day, it nonetheless includes Howerton’s directorial debut for the series. That influx of new talent and new roles does lead to some tonal wobbliness in places, but on the whole, it lets the new season feel fresh and fun. 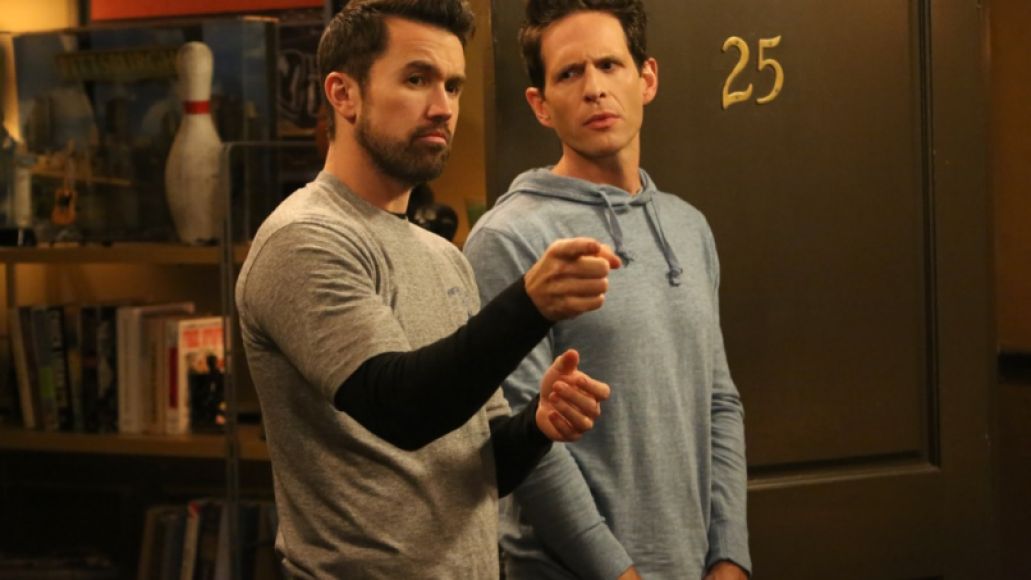 Mad Stacks and Call Backs: Rest assured, if you’re a walking encyclopedia of It’s Always Sunny references and running gags, you’ll find plenty to cheer for in Season 14. The new season sees new twists on familiar bits like the toe knife, Dee’s cabinet of characters, Charlie’s peculiar culinary style, and the usual raft of bird jokes. The Waiter returns in his most substantial role yet. And the second episode of the season is a sideways sequel to “Thundergun Express”, replete with our first actual glimpse at Thundergun himself.

But more than those individual gags, Season 14 is at its best when it picks up on the series’ surprisingly well-defined, increasingly bizarre character relationships. The show makes good once again on Charlie and Frank’s (Danny DeVito) weird half father/son, half old-married-couple dynamic. It finds humor and plot points in the misplaced affections and emotional manipulation between Mac and Dennis. And there’s even a riff and reversal anchored around The Gang’s long history of relentlessly busting on Dee.

Beyond the show’s oddly faithful continuity, part of what lets the series keep cooking well into its second decade on the air is how clear its characters feel and how firmly-established their bizarre dynamics with one another are, something that the new season both channels and evolves.

The Verdict: Season 14 of It’s Always Sunny doesn’t have a knockout punch in its opening parry like “Times Up for The Gang” or “Mac Finds His Pride” (though the season premiere comes close). There’s a few cracks in the foundation here, with a nominally Dee-centered episode that seems like a missed opportunity and a handful of clever premises that nevertheless feel like they leave some meat on the bone. Despite that, the new season still offers plenty of entertainment for fans who have been enjoying The Gang’s antics for all these years. The first episode, in particular, feels like an instant classic, and the rest of Season 14’s early offerings each have fun ideas and amusing gags to recommend them. Rest assured, if you’ve been stopping by Paddy’s Pub all this time, there’s plenty of good reasons to stay a regular, if only to wait and see what wild, unexpected new concoction The Gang will come up with next.

Where’s It Playing? The Gang returns Wednesday, September 25th at 10 PM on FXX.