Twin brother Vinnie (also played by Franco) is still running the bustling midtown bar, The High Hat. In the first episode, “The Camera Loves You”, he and longtime partner Abby (Margarita Levieva) reflect on development in the area. But business is still good enough — especially compared to other venues on The Deuce (ICYMI: Back in the ‘70s and ‘80s, 42nd Street in Manhattan was often referred to as “Forty Deuce).”

But the promise of Season 3, at least from the first three episodes, seems to be a real, nonjudgmental look at the AIDS scare: be it police officers and girls on the street, male and female, black and white, queer and straight, Wall Street, and 42nd street. The fear is everywhere. 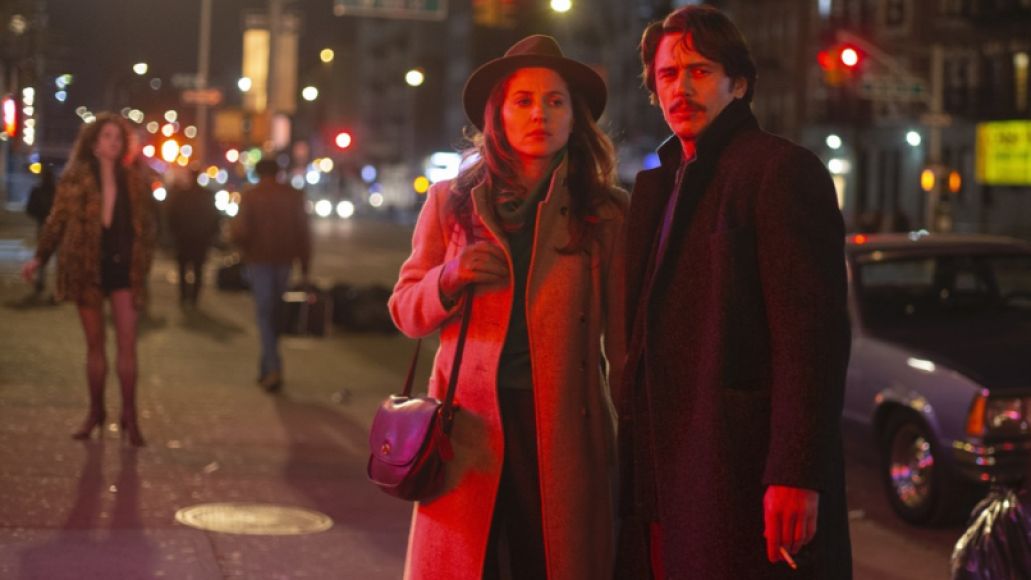 The AIDS Scare Hits The Deuce: It’s probably only now that our society is even capable of doing this story with any semblance of justice. In the #MeToo era, we seem more willing to recognize people in shitty situations may not be entirely to blame for their circumstances. And that’s what one should hope to get from this season of The Deuce: the AIDS epidemic finally told with just a tiny bit of compassion.

Halfway through the second episode, “Morta di Fame”, it’s clear things aren’t going to end well for a number of inhabitants. Creator David Simon and his team of writers toss out hints at every corner: Bobby (Chris Bauer) is concerned with some sort of lump on his backside. Shay (Kim Director) can’t turn tricks because she’s sick (like check-into-St. Vincent’s-without-health-insurance sick). And while Vinnie’s protégé Paul (Chris Coy) successfully runs a gay bar, his boyfriend Todd (Aaron Dean Eisenberg) has make-up artists do his foundation … so they can cover the weird marks on his face. 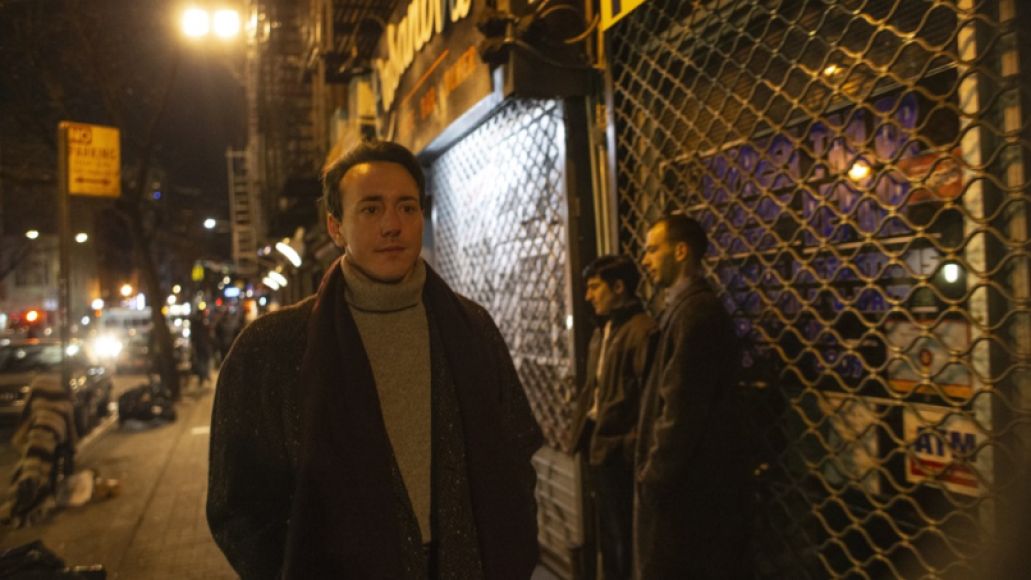 None of these are good omens, but the suspense works, and the many-sides intentionality of the scripts keep it from ever feeling like A Very Special Episode. Simon and his team are trying to create art here, and a third of the way through the final season, it feels promising. But even if you can appreciate form reflecting reality (like six arcs representing the ubiquity of the issue), you often want to linger on a single one just a little longer.

At one point, Abby, Shay, and Loretta are joking over chicken soup in a hospital waiting room, and it’s this nice moment of girl-power camaraderie tinged with a streak of feminism (Abby and Loretta are always arguing about how to best stand up for women’s rights). In these gasps, it would be nice to have meditated with Abby for a little longer — a feeling this writer’s had since Season 1, really — but as with the previous seasons, we must get back to Vinnie and his mobster boss Rudy (Michael Rispoli). How is it that the mobster sequences continue to be the least interesting? 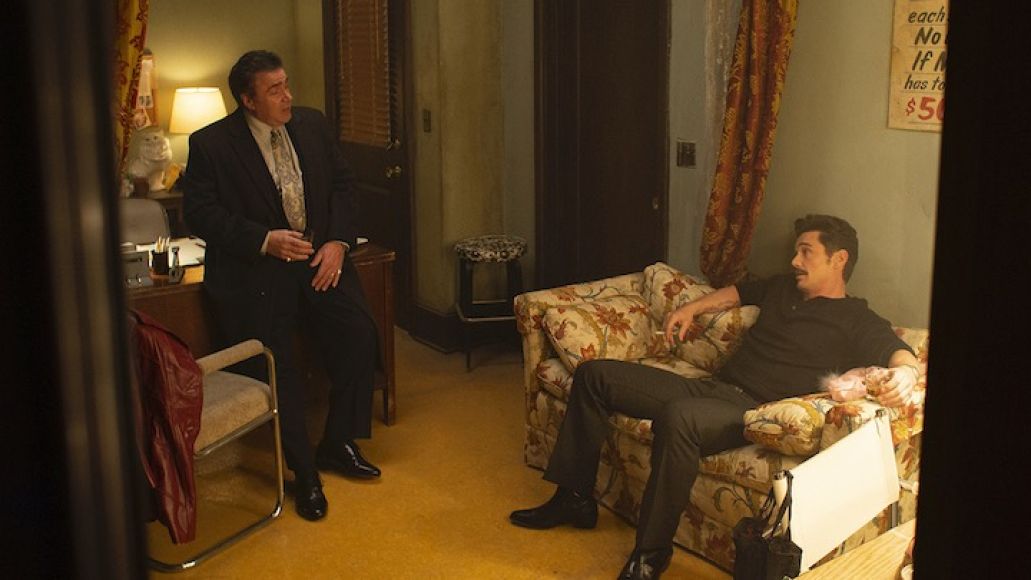 Lori, however, is a household name in 1985, and she wants her experience to be recognized. She doesn’t want, say, to have a corn cob stuck up her anus. She wants her gay-for-pay male costars to wear condoms. Needless to say, Lori is certainly getting the most Instagram-ready girl-power lines this season as she navigates crude directors and her money-minded manager. But it’s a little hard to celebrate when you remember she’s in 1985, and here in 2019, Vanity Fair just wrote a piece about a new job on Hollywood sex-scene sets: the intimacy coordinator. Find whatever solace you want in that: We’re starting to listen to the Loris of the world … just, you know, 30 years later. 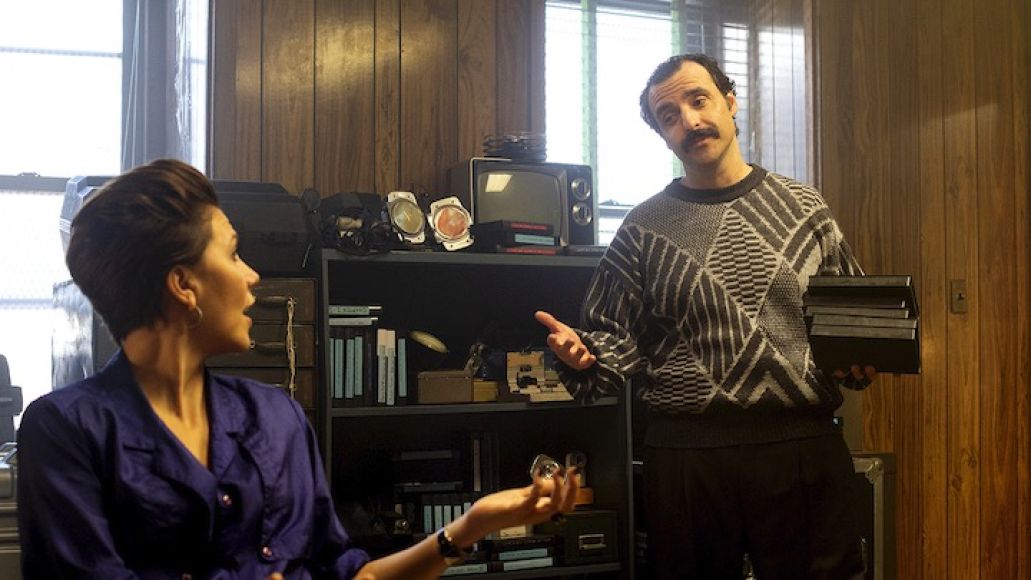 But the POV that really emerges in Season 3 is that, while The Deuce knows its a show about the ‘70s and ‘80s, it’s just as aware it’s coming on the scene amid pussy hats, Times Up buttons, and a bizarre uptick in handmaiden Halloween costume sales. The show likely didn’t intend to be launched into such a climate (after all, allegations against Franco threatened the reception of the show’s second season), but as it takes its final bow, it definitely knows where it landed. 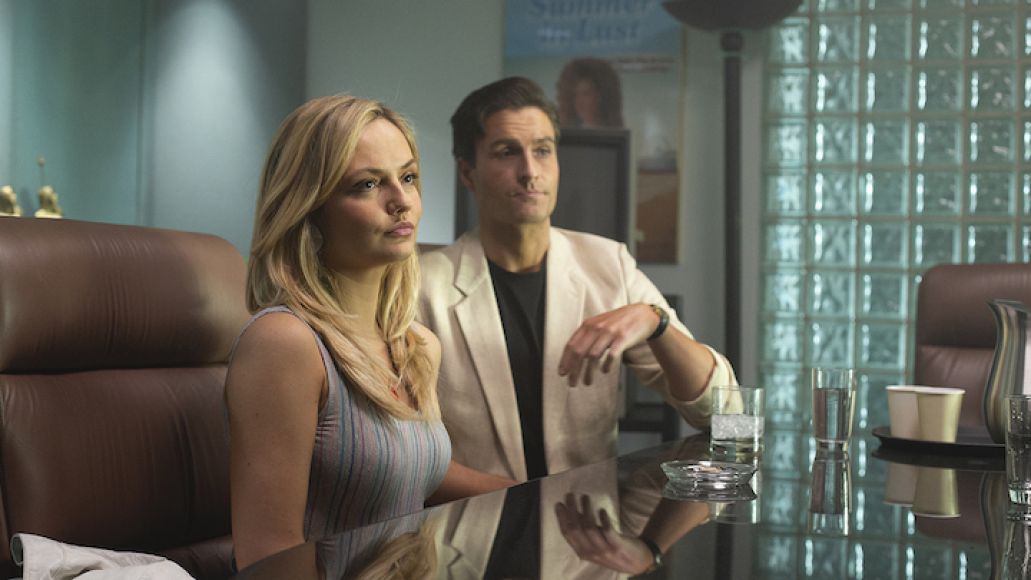 Occasionally this self-awareness feels a little too on the nose. Eileen, thank god, seems to have finally met a halfway decent guy in Hank (Corey Stoll), a financier (*cough* 1 percenter *cough*), who is somewhat redeemable because he doesn’t instantly judge her line of work. But when he croons lines like, “Your story is intriguing, but it’s not everything,” the attentive viewer just has to know the line was hella workshopped. It feels of today, not of 1985, when someone would have been more likely to say, “You’re not your past,” or some other shit that meant well but implied transgressions. Divorcing sex from sin is just too new for us mortals.

Then you have Lori, whose entire presence in Season 3 as an actress who is being forced to “take one for the team” over and over, feels tailor-made for TV audiences that yearn for handmaidens to throw up middle fingers. I hope women stood up to the establishment. Knowing more than one strong woman myself, I’m almost certain they did. But also knowing history, I’m sure there were consequences. 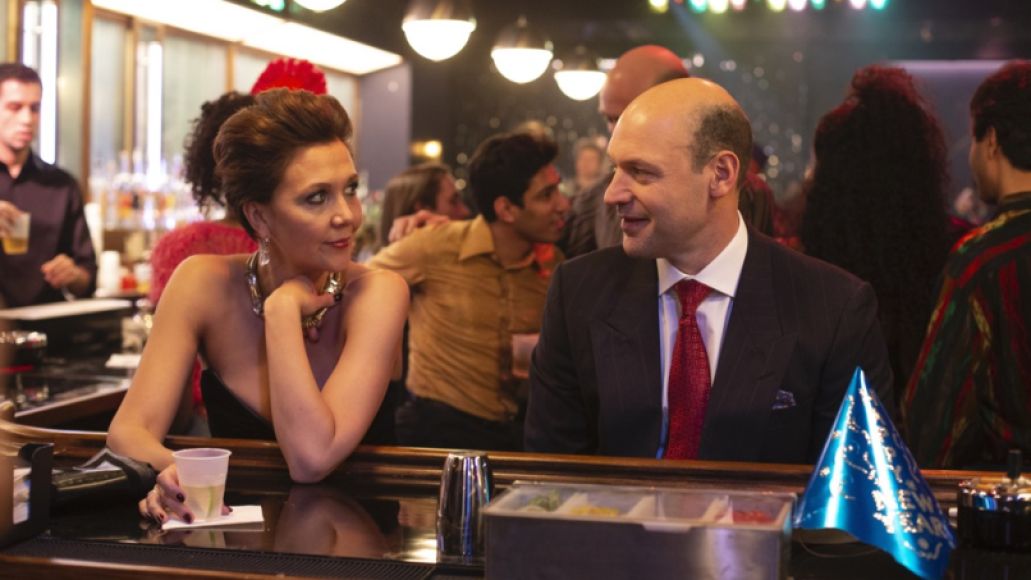 The Verdict: While these moments of self-awareness may draw you out, the central plot of Season 3—that of Paul having to just assume he has the virus because he’s a gay man in NYC, of Shay’s sole means of making a dollar being the very thing sending her toward an early grave, of promising entrepreneurs that must face the fact a virus doesn’t really care if you’re straight or middle class or a nice enough guy—is prestige television at its finest. It’s also about consequences, too, but not in the way we’ve gotten used to today.

For the men and women of The Deuce, it was everything at once — and everyone was affected.

Where’s It Playing? The final season of The Deuce premieres Sunday, September 8th at 9 pm EST.

TV Review: The Deuce Gets Self-Aware As It Leaves 42nd St.