This feature originally ran in April ahead of Jordan Peele’s reboot, and is being republished for the show’s 60th anniversary.

The Twilight Zone was one of the greatest case studies for the wide-reaching scope of science fiction. Rod Serling’s seminal anthology show offered up a murderer’s row of diverse stories that explored different facets of the human condition.

Between the pit of man’s fears and the summit of his knowledge, The Twilight Zone homed in on Cold War-era fears about the Other, Nuclear Age concerns about the extent of man’s grasp, and postwar interrogations about our own sense of morality and ethics.

Be it Jordan Peele’s reboot, our current political climate, October being spooky season, or the show’s 60th anniversary, there are plenty of reasons to revisit the iconic series. Though, seeing how there are 156 episodes to sort through, we thought we’d offer a light.

So, allow us to stalk in from the corner of the screen, cigarette in hand, to break down some of the most familiar and intriguing parables the series had to offer – and the most iconic episodes to serve up those lessons. Just don’t lose your footing, as you step into…

BE CAREFUL WHAT YOU WISH FOR 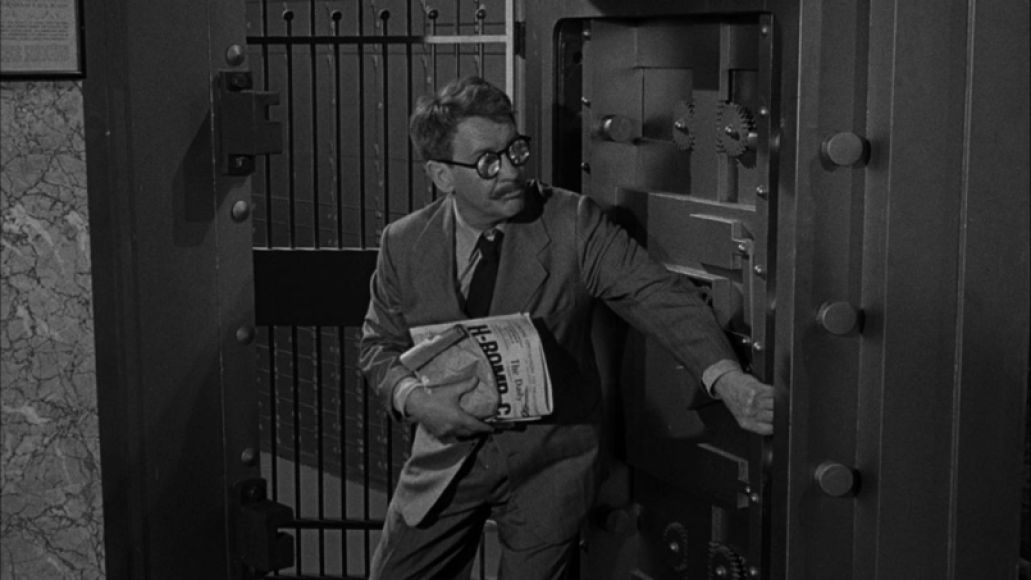 Henry Bemis (Burgess Meredith) is a bookish man who loves the written word, but everyone from his wife to his boss derides his love of reading. Of course, when the nuclear apocalypse hits and takes out everyone but him (having hidden in a bank vault), he’s momentarily thrilled at the prospect of having all the time in the world to sink into his favorite books, only to tragically break his glasses.

“Time” is maybe one of the most well-known episodes of Twilight Zone, and for good reason – it’s a scintillating parable about an antisocial man who would rather see the world go away than adjust to live in it. Even when he’s given exactly what he wanted, fate intervenes to punish him for his presumption.

Also Consider, If You Will: “A Kind of a Stopwatch”, “A Nice Place to Visit”

IT’S COMING FOR YOU 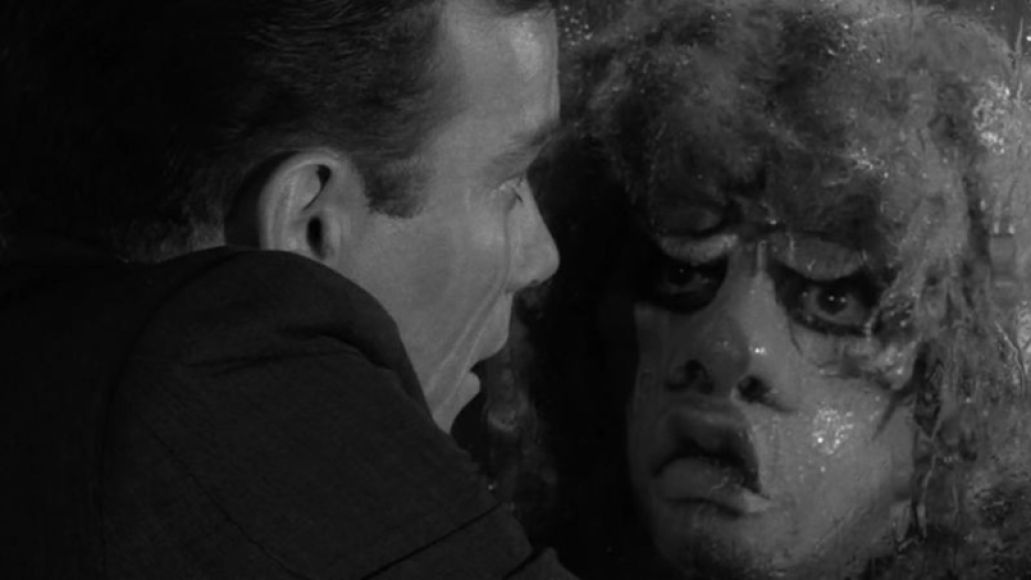 “There’s a man on the wing of the plane!” cries William Shatner in another one of Serling’s classics, a claustrophobic tale of a man driven to madness either by the stresses of their job or the real specter of a monster trapping you where you can’t escape. It’s a perfect showcase for the terrifying paranoia of not being able to stop your inevitable fate, a recurring concern for Twilight Zone protagonists (and one Peele recently remade for the new show).

Also Consider, If You Will: “The Fear”, “The Dummy”

WE’RE NOT THE TOP OF THE FOOD CHAIN 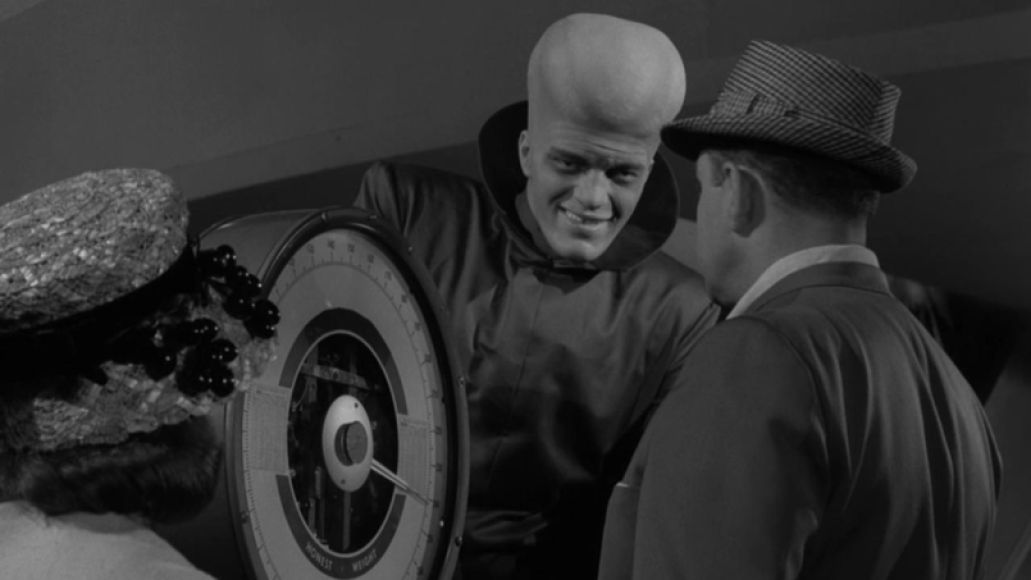 The xenophobia of the Cold War was often a concern for Serling’s series (see below), but even when outsiders came in peace, it almost always came with an asterisk. Take this classic episode, in which the benevolent Kanamits arrive to solve all our problems – but extract a deadly gastronomic cost we discover only too late from a deciphered Kanamit text: “It’s a cookbook!” Serling loved to explore the tenuous status of man’s power, implying that it wouldn’t take much to knock us off the head of the totem pole.

Also Consider, If You Will: “Stopover in a Quiet Town”, “Black Leather Jackets”

WE CAN’T BE TRUSTED

“The Monsters are Due on Maple Street” (Season 1, Episode 22) 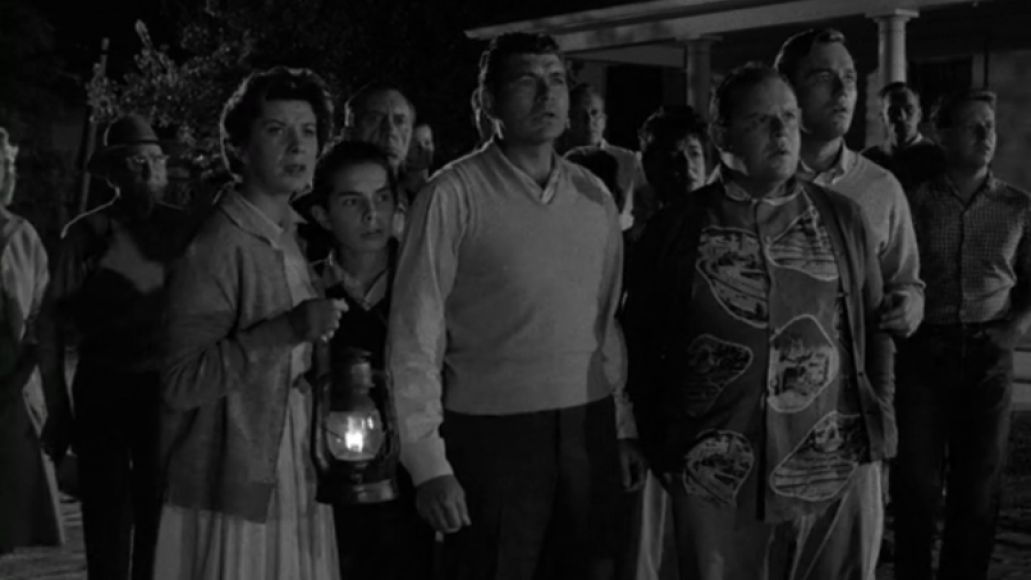 Oftentimes, the destruction of mankind in The Twilight Zone came by our own hand, and never is that clearer than in this classic episode, in which a small suburban town turns on each other at the mere implication of infiltration by extraterrestrial forces. A harrowing reflection of Red Scare paranoia and the fragility of our communities, Serling’s allegories have rarely been more pointed.

LAUGHING AT THE UNIVERSE 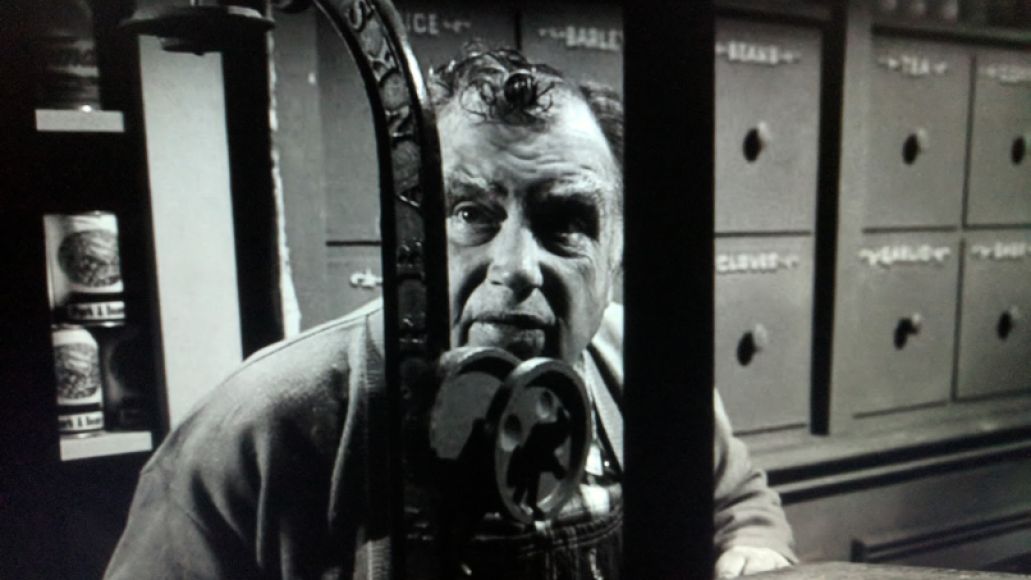 The Twilight Zone wasn’t all doom and gloom though – the series frequently took the time to let loose with some goofier fare. Take this delightful farce about a gas station attendant (Andy Devine) prone to tall tales, who suddenly gets more than he bargained for when aliens abduct him, believing his boasts to be true. There’s a bit of the other lessons on this list in Ol’ Archimedes Frisby’s adventures, but it’s worth noting that The Twilight Zone played with tone as freely as it did its subjects.

Also Consider, If You Will: “Mr. Dingle, the Strong,” “A World of His Own”

DANCE WITH THE DEVIL 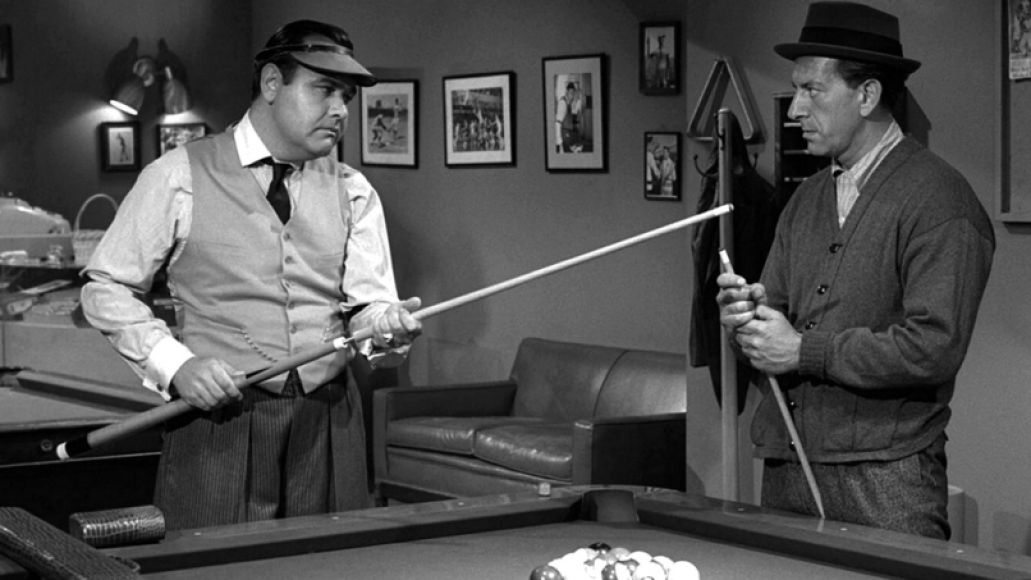 Man has always wrestled with his mortality, and The Twilight Zone offered up plenty of chances for its characters to meet their makers – or bargain for their lives. This episode, for instance, locked Jonathan Winters and Jack Klugman in a surprisingly high-stakes pool game with Klugman’s life on the line. If he won, he lived; if he lost, he died. Distilling our own drive for survival with the ego and strategy of gamesmanship feels like a perfect metaphor for the way we live our own lives.

Also Consider, If You Will: “One for the Angels,” “Nothing in the Dark” 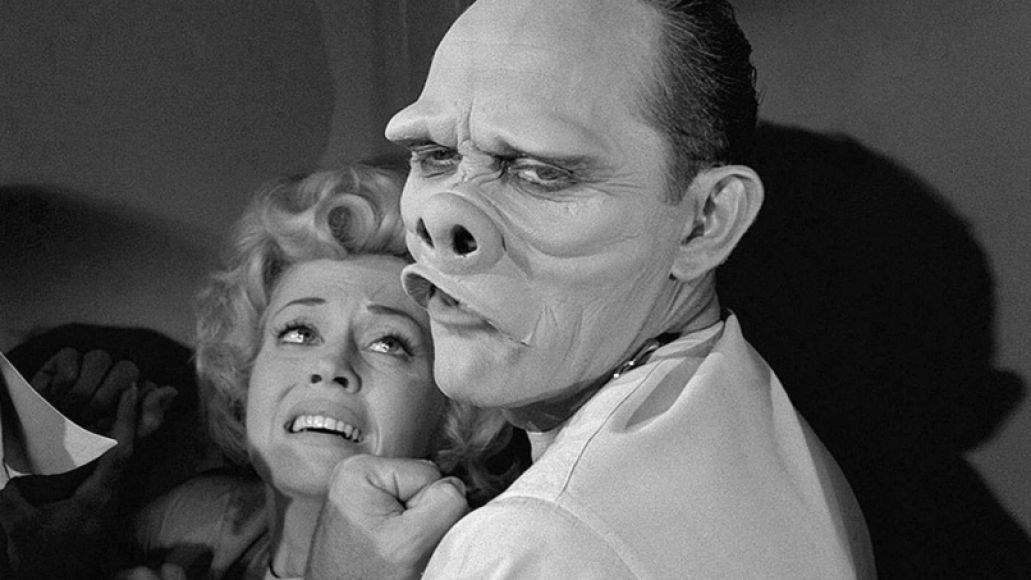 Most Twilight Zone episodes were male-heavy stories, dealing with the kind of masculine anxieties about death, failure or loss of power – but Serling found time to remark upon issues of women’s place in American society at the time as well. “Eye of the Beholder”, about a bandaged woman hoping to under go cosmetic surgery, only for us to see that she looks beautiful in a world filled with grotesque pig faces, allowed us to reflect on the subjective standards of beauty, and the restrictive boxes women are oft-forced to squeeze into.

Also Consider, If You Will: “Elegy,” “The Hitch-Hiker” 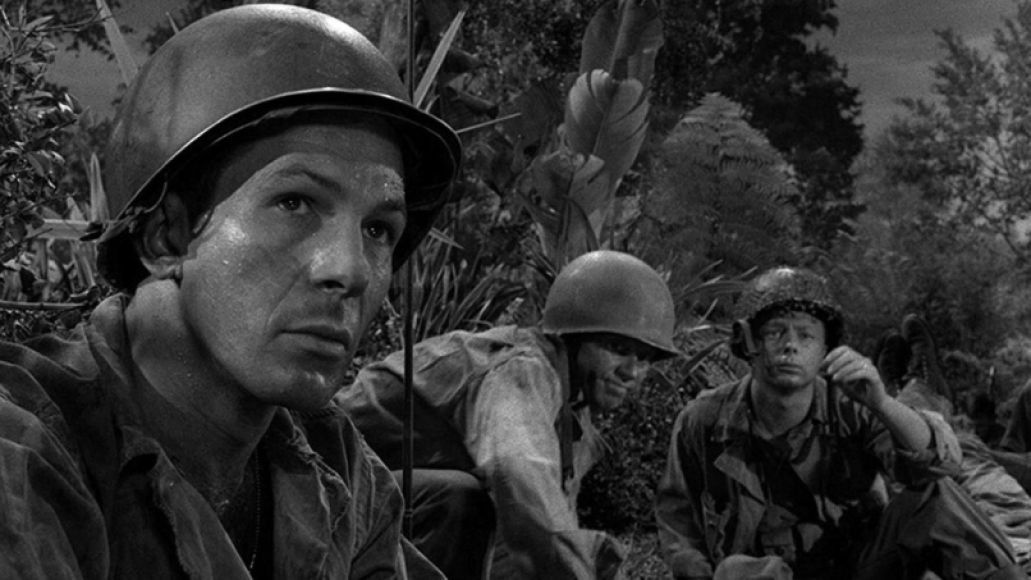 Serling was a World War II vet, getting a front-row seat to the way war makes monsters of us all and suffering no small amount of psychological trauma as a result. His need to exorcise those demons are certainly clear in this classic episode, in which a gung-ho American infantryman (Dean Stockwell) finds himself in the body of a Japanese soldier on the eve of a surprise attack on wounded American forces. Suddenly struck with a wave of empathy and perspective, he urges them to stop, Stockwell’s character getting a cold, hard lesson on what happens when war stops us from seeing the humanity of others.

Also Consider, If You Will: “Two,” “The Last Flight” 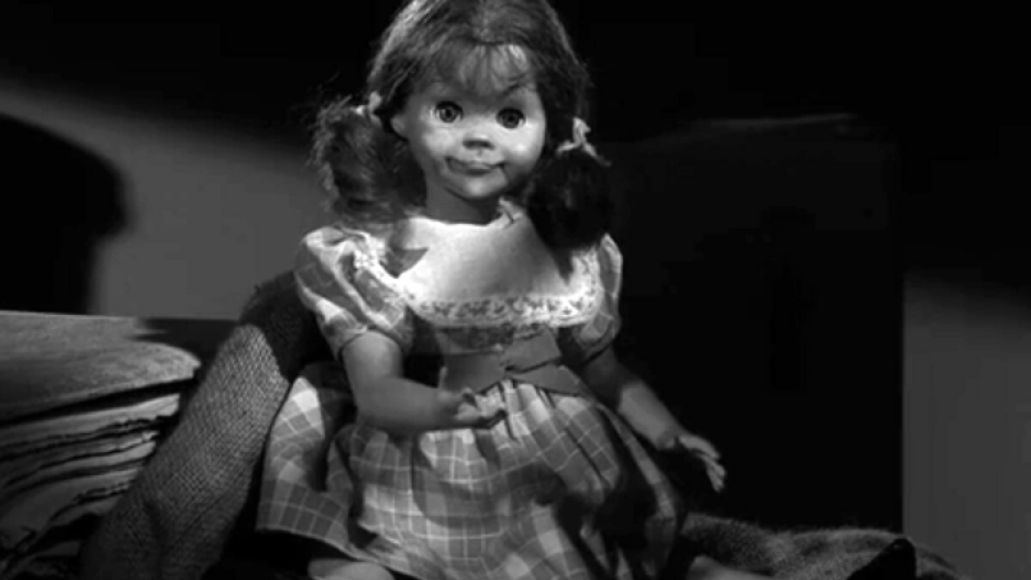 For all of the show’s ruminations on the nature of society and mankind, sometimes The Twilight Zone is just content to scare up some creepy dolls and let them loose. That’s certainly the case in the harrowing “The Living Doll,” starring Telly Savalas as a violent, temperamental man besieged by the doll belonging to his girlfriend’s daughter, whom he neglects and verbally abuses. There’s a lesson in there about the hazards of toxic masculinity, and the power of a child’s imagination, but mostly it’s just a hella creepy half hour of television.

Also Consider, If You Will: “Five Characters in Search of An Exit”, “Miniature” 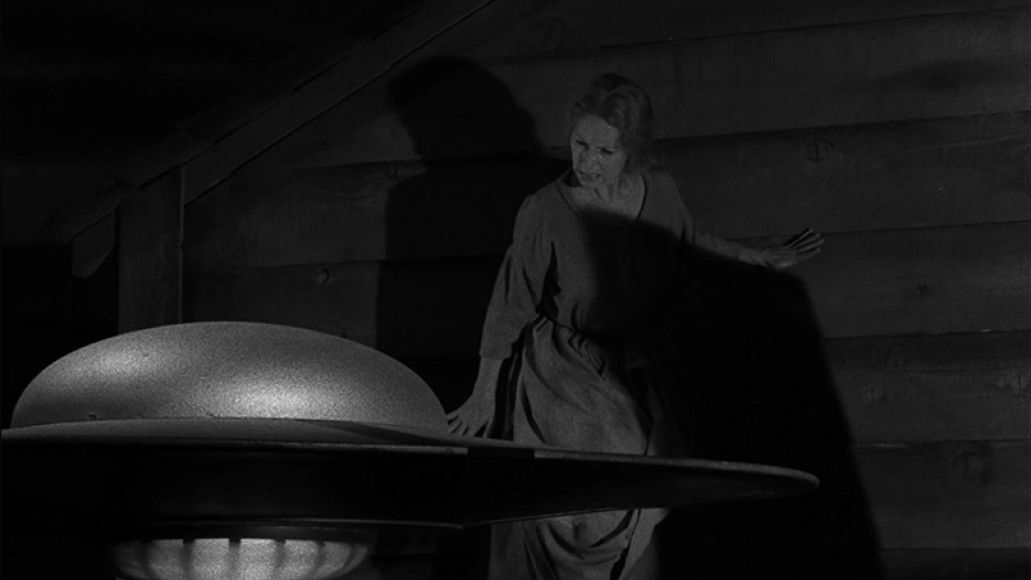 Sometimes, Serling’s stories would ask us to de-center our own existence from the subjects of his episodes, and The Twilight Zone often delighted in revealing the characters we were asked to empathize with weren’t from Earth at all. The nifty one-woman show “The Invaders,” for instance, saw an isolated older woman (Agnes Moorhead) defending her cabin from strange, tiny invaders – only to reveal to the audience that they were astronauts from Earth investigating a planet of giants. It’s a quintessential Twilight Zone reveal, one which permitted us to recognize that we aren’t the only game in the universe. Sometimes, we’re the supporting characters in another person’s story.