As the year begins its slow fade-out, publications like ours delve into the hustle and bustle of “year-end” season. We start making lists (and even check them twice) in an attempt to figure out what a particular year in music has meant. We ask ourselves, which artists emerged … or fell off the radar entirely? Which genre dominated the charts and airwaves? What festivals made a name for themselves, and which ones will likely pack up shop for good over the winter? It’s a time to reflect, take stock, be grateful, and also hope.

2019, of course, has us working double-duty. Not only are we trying to decipher the significance of the calendar year we’re about to complete, but we’re also tasked with making sense of a full decade of artists, bands, trends, technology, business, attitudes, politics, and news. In an industry that can experience seismic shifts with the drop of a single album or the fruition of a festival headlining set, we now have the obligation of taking a giant step back and looking at the long view.

In that spirit, we’re highlighting 10 artists out touring who helped shape the last decade of music. Maybe they redefined the term “boy band” or put a new spin on the concept of being a “pop star.” Perhaps they consistently put out groundbreaking albums or carried the torch throughout the decade for an entire genre. Whatever the case, each of the artists to follow put a stamp on the music world at some point in the last 10 years and made themselves a vital part of our “decade-end” conversation. As always, we’re turning to StubHub as our go-to stop for all our ticketing needs.

So, if you find yourself beside us at one of the following tours, remember: You’re not just attending a concert. You’re witnessing music history unfold before your eyes and ears. 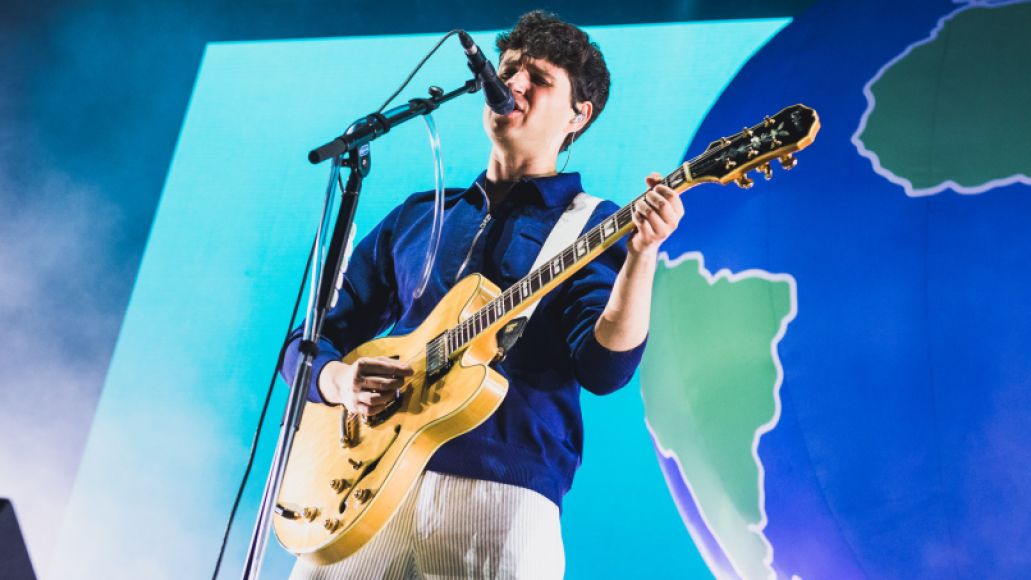 It’s going too far to say that Vampire Weekend is the only indie rock band that still matters. But the statement does have at least a slight ring of truth about it. As the 2010’s watched the indie rock boom wane and the guitar itself take a backseat in a slew of groups, Ezra Koenig and chaps dropped three No. 1 albums across the decade, each one a game-changer for both the band and that year in music. In an era where bands take three and four years between records, it’s hard to believe that Vampire Weekend will likely manage to land three albums on our forthcoming decade list. And with dates in Mexico, Europe, and the United States already announced stretching into next June, there’s no reason whatsoever to miss arguably the most important indie band of the last 10 years and counting. Click here or below for tickets. –Regan Bexler 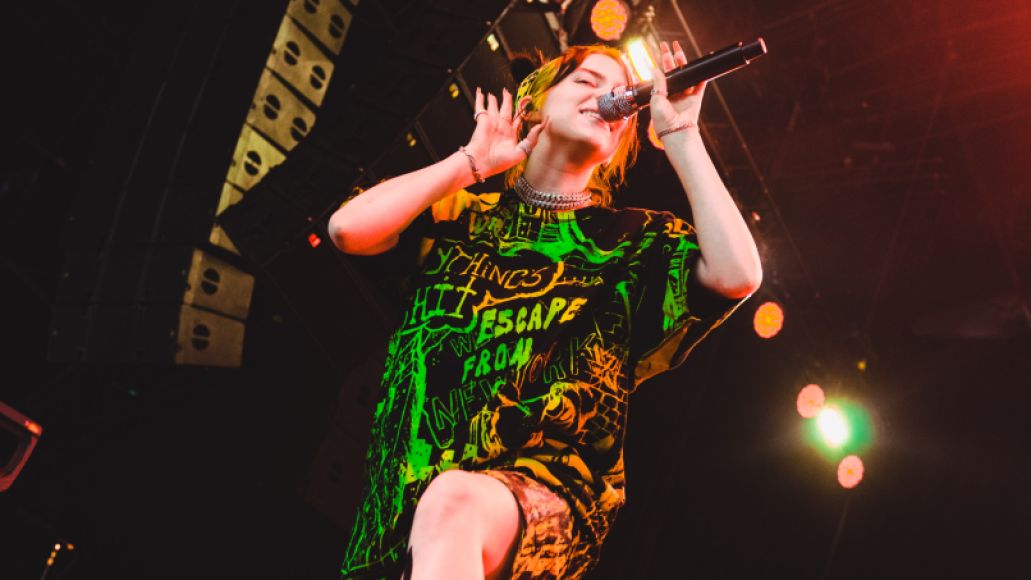 Billie Eilish is quickly proving that it doesn’t take long to leave your mark on the music world. The alternative pop star scored a number of hits — both collaborative and on her own — and became our Rookie of the Year before ever even releasing a proper album. Her dominance over the pop world has only intensified with a hit debut record, several more chart-topping singles, and even a gravity-defying performance on Saturday Night Live — the type of late-night showcase that can make a singer a household name overnight. And maybe what’s more, Eilish has charmed the pop world on her own terms, unwilling to change her personality or fashion just to draw a few extra eyes. That said, there will be plenty of eyes on the young singer as she preps for her first-ever world tour in 2020. Click here or below for tickets. –Regan Bexler 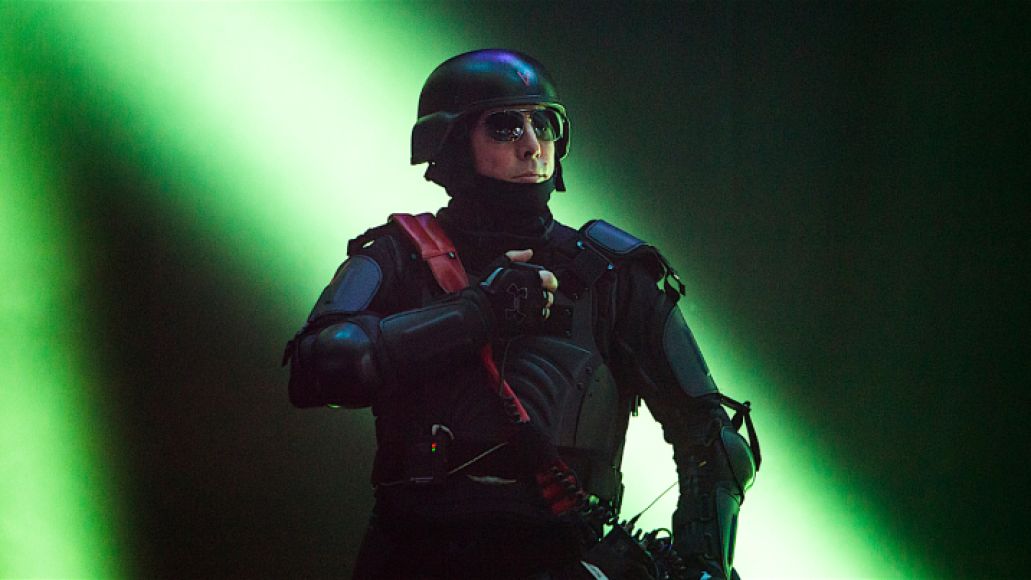 It speaks to Tool’s cultural impact that they helped shape the last decade of music mostly by staying home. That’s mind-blowing when you stop to think about it. Although the band has hit the road a few times and lead singer Maynard James Keenan has also spent time fronting side projects Puscifer and A Perfect Circle, Tool have absolutely dominated news cycles and kept their fans foaming and rabid over the last 10-plus years just by dropping the occasional hint of new music to come. Fans, of course, were finally rewarded this year with Fear Inoculum, a return album that most have embraced, but it doesn’t change the fact that Tool’s most impacting decade was also their most dormant one. But that was then, and now the band have embarked on a tour that’ll take them through major markets in the States through November. Don’t sleep on checking out a band that might go into hibernation on a moment’s notice. Click here or below for tickets. –Regan Bexler 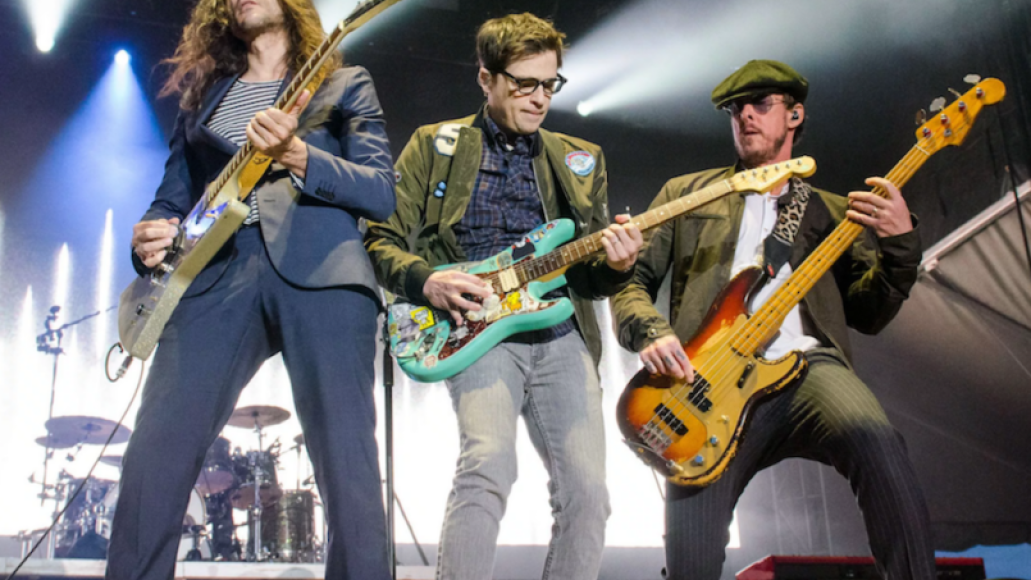 Weezer’s 25-year ride hasn’t been all pork and beans and Mary Tyler Moore. In fact, the band have probably made most of their headlines for failing to live up to their ’90s output — a decade that saw the band announce themselves with a perfect alt-rock debut in the face of grunge and take a left turn with their next effort in what many now consider one of the best sophomore albums of all time. Hell, Matt Damon starred in an SNL skit about the disparity between early and latter Weezer. Which goes to show that the band have never left the alt-rock conscience and even occasionally stumble upon an album — try Everything Will Be Alright in the End again — that shows they’re still capable of being more than a ’90s nostalgia act. Weezer can be caught next year on their Hella Mega Tour alongside fellow luminaries Green Day and Fall Out Boy. Click here or below for tickets. –Regan Bexler 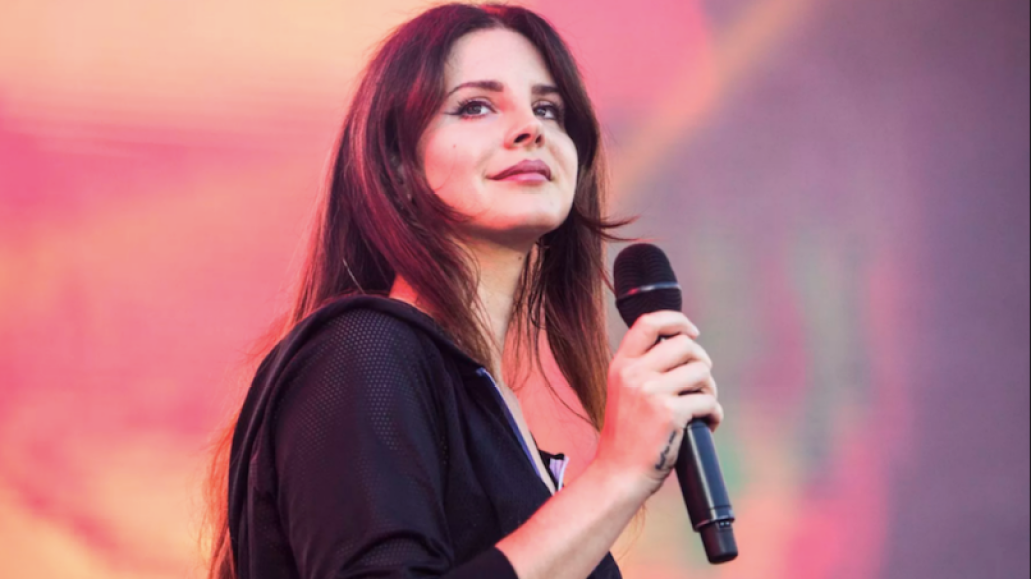 It’s hard to believe that the poster child for sad-girl music made her breakthrough just this past decade. Where were you when you first heard “Video Games” or “Blue Jeans”? Lana Del Rey’s music seems to surpass the concept of time. In the last 10 years, she’s proven that she can create music that’s much more intricate, delicate, and well-produced than the sultry hits that spun her into fame in the early 2010’s and made her a staple for angst-filled, sad high schoolers at that time. Over the last decade, she has honed her craft to have her “sadness” taken more seriously. The release of her sixth album, Norman Fucking Rockwell!, perfectly shows her immense growth and maturity. The new record is filled with Rey’s most ineffaceable lyrics and combines them with hazy melodies that blend into almost romantic and sensational atmospheric pop songs. The singer kicked off the first leg of her tour this fall with dates up and down the west coast and a few in Europe. She just recently announced the second and third legs, as well. Look here for her full itinerary and tickets. –Samantha Lopez 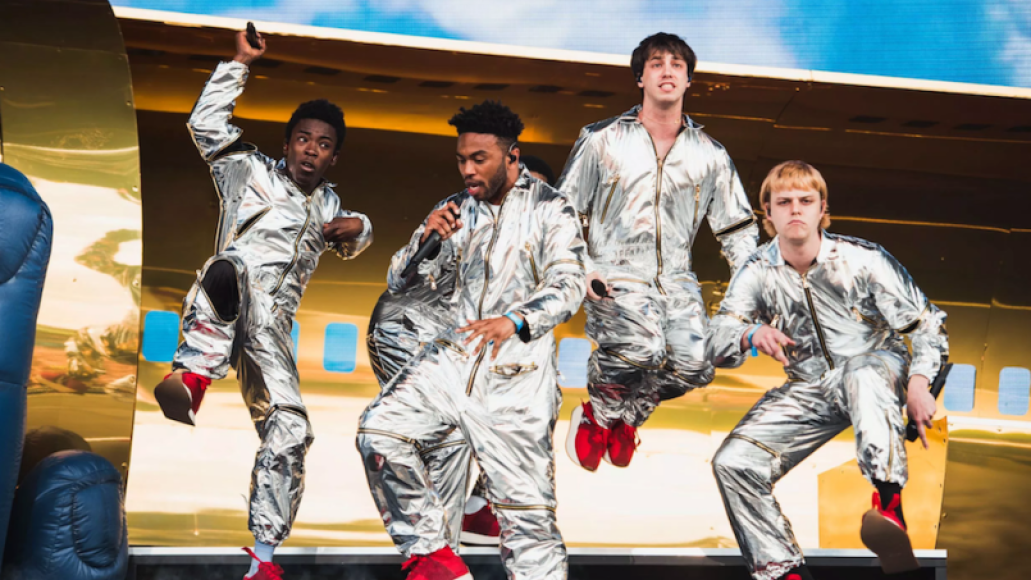 Conventional wisdom might suggest that a group as fresh and new to the industry as BROCKHAMPTON shouldn’t factor into a discussion covering the entire decade. However, like Billie Eilish, let’s consider what the boys in BROCKHAMPTON have managed to achieve in their incredibly brief run. The collective took the hip-hop world by storm in 2017 by dropping three albums, each one showing a wider range of skills and talent than the previous, followed by chart-topping new efforts both this year and last. They’ve brought a dynamic stage show to festivals all over the country, forced us to rethink the concept of “boybands” entirely, prompted us to consider issues of sexuality within hip-hop, and ultimately made an industry rethink how records might be produced and made in the future. That’s called IMPACT, and this boyband will be taking their vision across the States through mid-December. Grab tickets here or below. –Regan Bexler 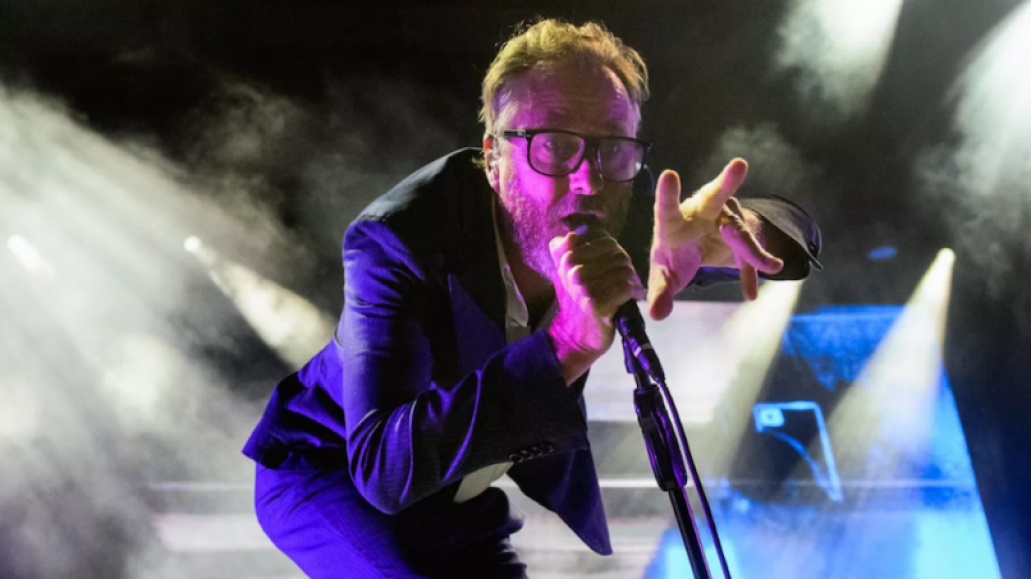 The National, photo by Ben Kaye

The 2010’s brought a total of four new National records, including one Grammy-winning. The Midwestern indie rock boys managed to survive the indie rock slump of the latter half of the decade and transform themselves into the cool, older brother-type band. You know, the type who wore a short-sleeved shirt atop a long-sleeved shirt back in 2007 when it meant you were “indie” and the type who still wears Converses with skinny jeans to a wedding because he’s cool but also laid back. The National don’t stray away from who they are and what their aesthetic is. Each new record is a step forward in the same direction, and they’ve honed their sound and style so well that they always sound like The National, no matter how the world or music industry shifts around them. The band released their latest record, I Am Easy to Find, this past May, as well as put out a 24-minute short film by the same name directed by Mike Mills (20th Century Women) and starring Alicia Vikander. To promote these forthcoming releases, the alt-rockers have been on an extensive world tour with guests Courtney Barnett and Alvvays. To close out the year, the Grammy-winning rock act have scheduled a brief run across Germany, Denmark, Switzerland, and Poland at the end of November and early December. Get tickets here. –Samantha Lopez 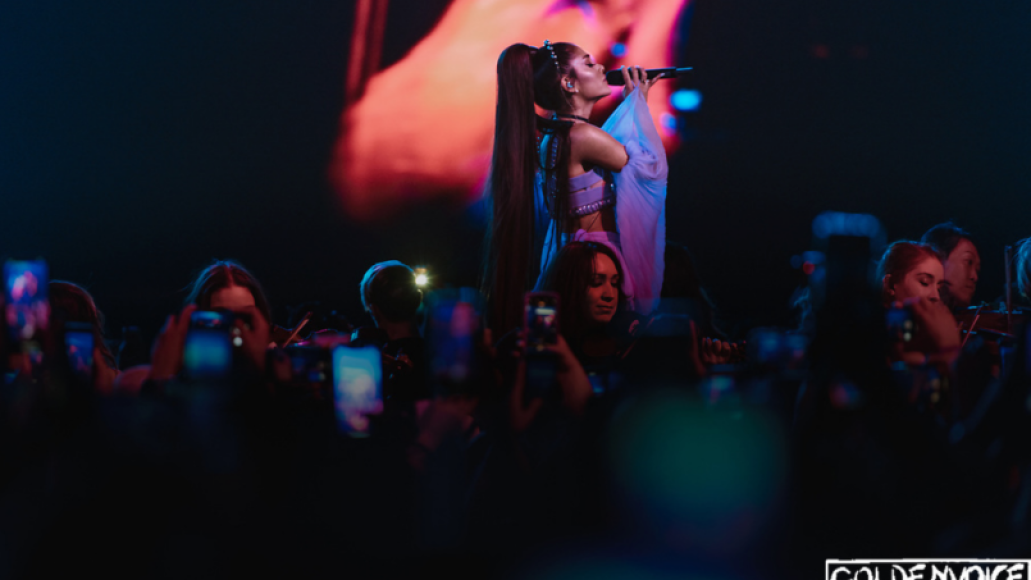 Ariana Grande went from Nickelodeon child actress to world-famous pop sensation this decade. Talk about growth. It hasn’t been an easy ride for the pop princess, either, in regards to her personal life, but Grande has shown immense resilience with everything she’s been through by managing, despite all of it, to become one of the most iconic pop singers — of not just the last 10 years, but ever. Grande has been steadily touring the first leg of a world tour this past year, which kicked off in North America in March, and segued into Europe with festival destinations, too. Recently, the pop singer announced that between November 9th and December 21st, she will visit 19 cities across the country, including Brooklyn, Nashville, Raleigh, Miami, and Phoenix. You won’t want to miss the pop princess during her last shows of the decade. How cool will it be to say years down the line that you saw her when she was just starting out? Check for tickets here. –Samantha Lopez 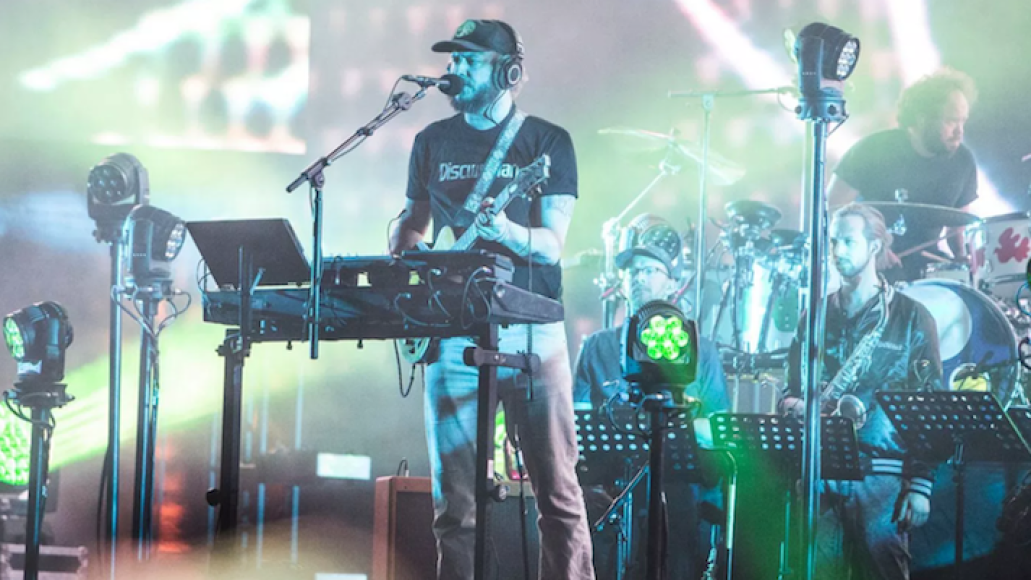 Justin Vernon has gone from pining in a cabin in the woods while strumming an acoustic guitar to creating some of the most innovative electronic-based albums of the decade. Most artists don’t make a leap like that in a lifetime let alone 10 years and change. However, Vernon spent that span pushing himself further and further away from his humble beginnings and finally arriving at an unlikely marriage between the old and the new with this year’s i, i.  With three groundbreaking albums under the Bon Iver moniker this decade — not to mention “Holocene”, a song as beloved as any we’ll be talking about in coming weeks — Vernon brings the richest (and most eclectic) catalog this side of Vampire Weekend to his live shows. Bon Iver’s travels are charted out through next February, which will take them through the States and even to a few gigs in the Far East. Click here or below for tickets. –Regan Bexler 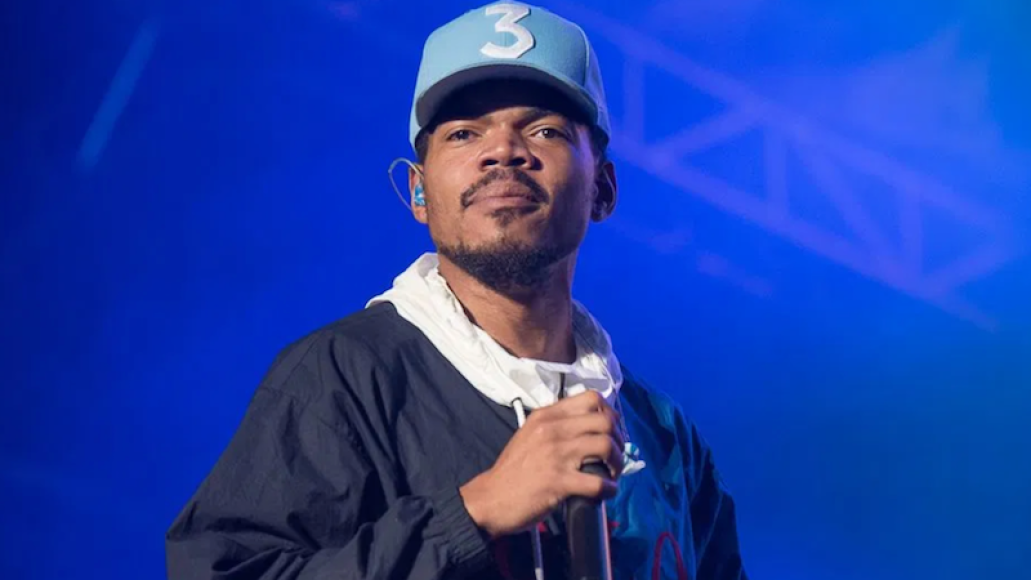 It’s difficult to believe that Chance the Rapper is only 26 given all that he’s achieved. It makes more sense when you realize that he’s been in the game since his late teens. The artist dropped two of the most celebrated mixtapes in modern hip-hop history before ever dropping a proper debut, which finally came earlier this year. But while Chance gradually became one of the biggest names in hip-hop for this skills and positivity on the mic, the Chicago native made a bigger impact on his hometown. Chance has helped put dozens of Chicago rappers on the map, thrown his own local festival and showcase, and even donated millions to public schools. He’ll be repping his hometown early and often in 2020. Snag tickets here or below. –Regan Bexler

10 Touring Artists Who Shaped the Decade in Music