The Lowdown: During a career that started nearly 30 years ago, Exhumed have continuously brought joy to death metal fans. From their savage instrumentation to their horror-inspired lyricism, Exhumed proudly embrace all that is terrifying and sinister.
Continuing their passion for the gruesome and chilling, the deathgrind band has released its ninth studio album, appropriately titled Horror. If you’ve been a longtime fan of Exhumed, or are looking for a record that fills all your Halloween needs, Horror has you covered.

The Good: Horror is pure death metal and crossover insanity. Including three bonus tracks, the album contains 18 songs, and only one goes over the 3 minute mark. Horror has no warnings, it just goes full throttle.

Given the short length of these tracks, each one makes for a satisfying delivery of bloodthirsty delight. “Unsound” lets loose with blistering blast beats and thundering bass work; the guitars unleash an ominous rhythm and spiral into moments of melody.

“Ravenous Cadavers” plays off the previous track, the drums adding an extra heft alongside a vibrant rhythm. The song includes a killer solo that discharges a sense of unhinged violence. “The Red Death” involves an awesome transition where Exhumed goes from riveting death metal speed, to a crossover jaunt; the switch-up provides an air of freshness to the song, displaying the band’s ability to add further depth to their hectic compositions.

Vocally, frontman Matt Harvey and bassist Ross Sewage deliver throughout Horror. “Scream Out in Fright” provides a solid mix of those slimy vocals alongside monstrous gutturals. Along with their killer instrumentation, the band is all about the horror-themed lyricism. The record offers a genuinely fun B-horror appeal, down to its vintage VHS-rental artwork. With lines such as, “Extremities rot, from gangrenous clots/ And odious snots/ Choking up bile, and other tastes vile/ The tongue is defiled,” Horror is brimming with delicious imagery. 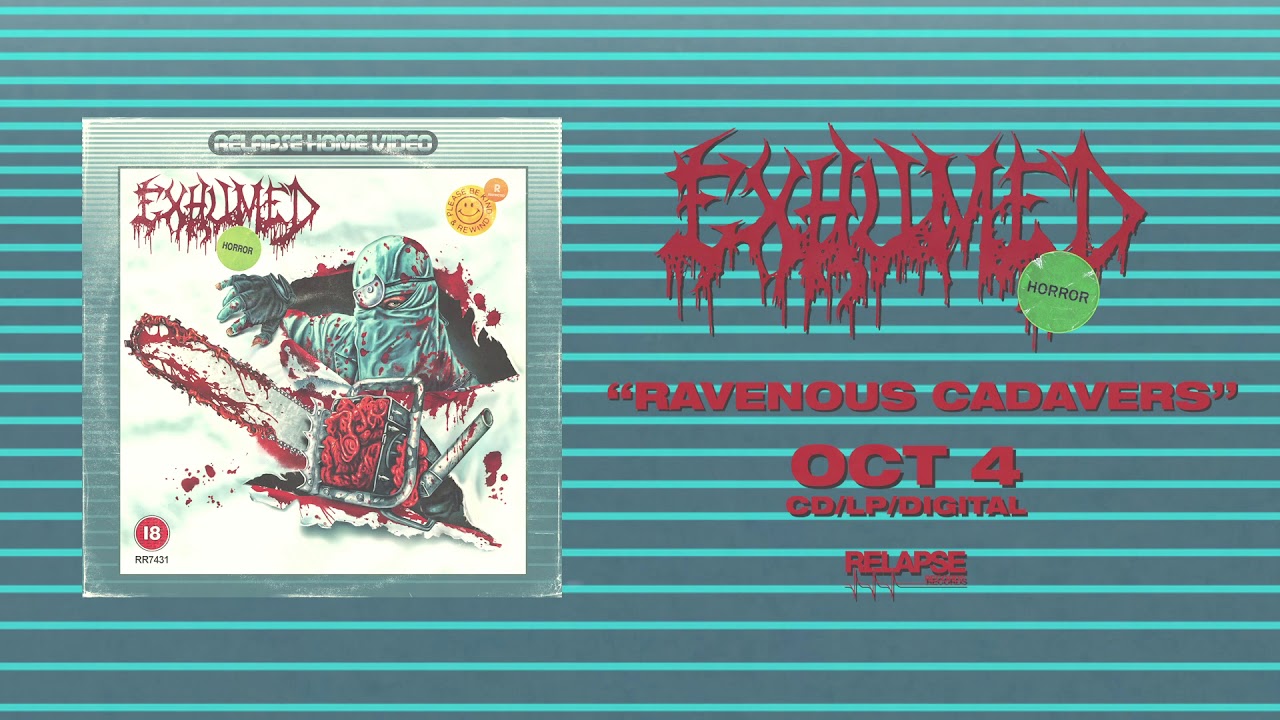 The Bad: The album is a bit repetitive in nature given the genres at work. That said, it is tough to consider this a major negative against Horror. Exhumed set to capture a specific vibe, and they’ve hit it out of the park.

The Verdict: Horror easily makes for some of the best fun to be had in death metal this year. You won’t find anything overly technical or avant-garde, but Exhumed isn’t here for that; instead, they want to get your blood pumping. They want to send chills down your spine with thrilling instrumentation, creepy vocals, and gruesome lyrics. With Horror, Exhumed have crafted an incredible love letter to the horror genre.