Bloc Party frontperson Kele Okereke has shared a new single called “Between Me and My Maker”. It comes from his upcoming solo album, 2042, due November 8th via KOLA Records.

So far 2042 is looking to be an interesting follow-up to 2017’s Fatherland. Lead single “Jungle Bunny” tackled the perceived responsibilities of black entertainers alongside a bouncy, wiry guitar line that could have come from a classic Bloc Party record. “Between Me and My Maker” sounds quite different, which at least guarantees the new LP will reveal more of Kele’s individual personality.

The new track is a surprising blend of thundering stomp-clap rhythm usually reserved for bracing alt-rock and bright, spiritual vocals more fitting for a pop ballad. Later on, it shifts into a vocoder-filtered synth dream. True to the song’s title, Kele spends the song imagining what life will be like in the afterlife. It’s an interesting turn, and one that showcases how much range Kele has both in terms of his singing and his songwriting. Stream it below.

(Read: Ranking Every Alternative Rock No. 1 Hit from Worst to Best)

In recent Bloc Party news, the band’s seminal debut album, Silent Alarm, just turned 15. To celebrate the anniversary, they’ve been performing the album in full on tour, including a stop at Riot Fest last month. Tickets are available to their upcoming dates here. Fans who can’t make it out to those shows can swipe a copy of Silent Alarm Live, the recently released live album. 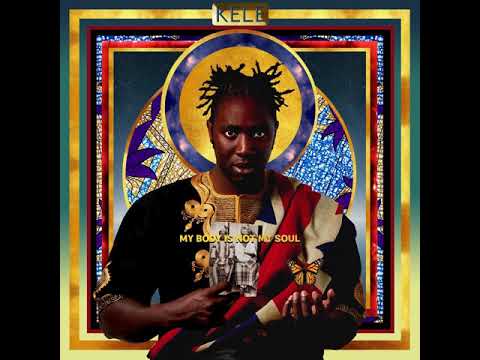 Bloc Party's Kele shares new single "Between Me and My Maker": Stream