On Wednesday night, FKA twigs turned in a hauntingly stirring performance of “Cellophane” on The Tonight Show.

For the lead single off her upcoming album Magdalene, the British songwriter began seated atop a piano wearing a dress with enough ruffled opulence to make Marie Antoinette proud. The custom piano actually stretched into a small stage, at the end of which protruded a dancing pole. With Kelly Moran on the keys and Lucinda Chua gracefully playing cello, FKA twigs stepped out of her gown and used the pole to achingly beautiful effect. After a tremendous aerial display, the artist hung upside down, slowly tumbling down to earth as a backing track played, “They’re waiting/ And hoping/ That I’m not enough.”

Watch the stunning replay below.

These sort of captivating, heart-wrenching performances of “Cellophane” have become standard for FKA twigs. In May, she turned in a gorgeous rendition at The Wallace Collection in London.

Magdalene, due out November 8th, has been teased with two other singles: “Holy Terrain” featuring Future and “home with you”. FKA twigs will support the record with a ten-date North American tour. Get tickets here. 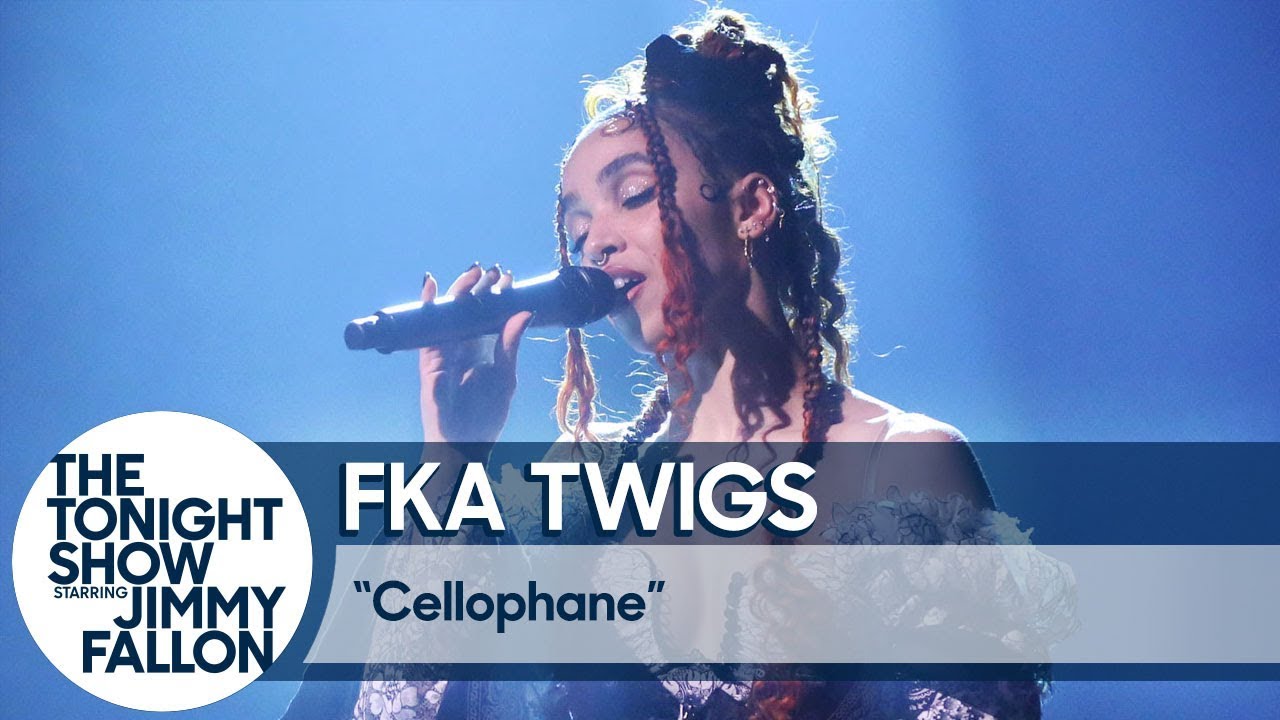