Lana Del Rey’s tour supporting her latest album, Norman Fucking Rockwell!, rolled into her Los Angeles home on Thursday night. As with most recent stops on the trek, the pop superstar made the Hollywood Bowl show a guest-heavy affair. While there were a few repeat appearances, one surprise was a clear highlight, as Chris Isaak took the stage for a duet on his classic “Wicked Game”.

“We can’t be in the middle of Hollywood and not hear the sexiest song of all time,” Del Rey told the crowd as she introduced the iconic crooner (via Variety). The rendition was indeed a sultry one, with LDR’s velvety vocals laying under Isaak’s soul-shuddering tremble spectacularly.

Given her dreamy aesthetic and the song’s languid sensuality, it’s possible “Wicked Game” is the best encapsulation yet of what Del Rey has been doing throughout this tour — presenting her vintage persona alongside actual legacy artists.

And Isaak was just one of many guests to appear with LDR in LA. Sean Lennon and Adam Cohen (who are practically her touring mates at this point) were on hand for their respective performances of “Tomorrow Never Comes” and “Chelsea Hotel No. 2”. Jack Antonoff, who produced NFR!, played piano for “Hope Is a Dangerous Thing for a Woman Like Me to Have — But I Have It”. Weyes Blood and Zella Day joined Del Rey to cover Joni Mitchell’s “For Free”, adding some magical harmonies to a song the headliner has performed frequently of late. The final and perhaps strangest collaboration was when The Neighbourhood’s Jesse Rutherford came out for “Daddy Issues”.

It’s safe to say this Hollywood Bowl gig was Lana Del Rey’s most jam-packed yet. Berkley may have gotten Joan Baez, but LA got damn near everyone else. Watch video of all the guest appearances — plus a rehearsal clip of LDR, Weyes Blood, and Day — below.

You can see who else LDR has hiding backstage by getting tickets to her freshly expanded tour here. 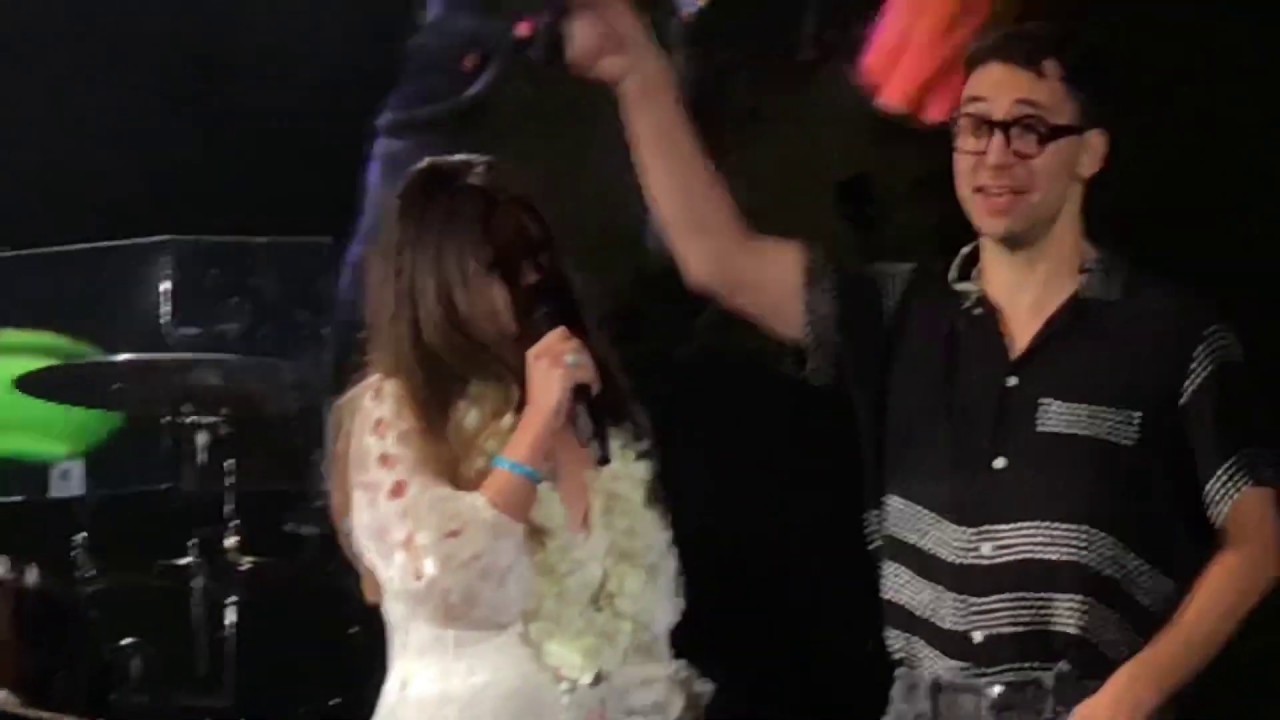