Grab your wigs and faux bosoms: A musical adaptation of Mrs. Doubtfire is coming to Broadway next year. The show, directed by four-time Tony winner Jerry Zaks, will open in the spring of 2020.

Producer Kevin McCollum broke the news of Mrs. Doubtfire’s imminent Broadway takeover earlier today (via The Hollywood Reporter). The musical will begin previews on March 9th before officially opening on April 5th at the Stephen Sondheim Theatre. It will take the place of Beautiful: The Carole King Musical, which has resided at the theater for nearly six years.

Rob McClure (Chaplin, Beetlejuice, the Musical) will star as the titular character/Daniel Hillard, famously played by Robin Williams in the 1993 movie. Jenn Gambatese (the national tour of Wicked) will play his ex-wife, Miranda, portrayed on screen by Sally Field. Brad Oscar will take on Harvey Fierstein’s role as Hillard’s makeup-artist brother,  Frank, and Mark Evans will be Miranda’s smug boyfriend, Stu, previously played by Pierce Brosnan. The children will be played by Analise Scarpaci, Jake Ryan Flynn, and Avery Sell. Other cast members include J. Harrison Ghee, Charity Angel Dawson, and Peter Bartlett.

Before it opens on Broadway, Mrs. Doubtfire will test the waters with a world premiere at 5th Avenue Theatre in Seattle. The way-off-Broadway debut will run from November 26th to December 29th. Tickets for the Mrs. Doubtfire musical go on sale November 1st through Telecharge, with a pre-sale starting today. You can also check for tickets to both the Seattle and NYC productions here.

Producers are no doubt hoping the production will be as successful as the movie. For being made on a $25 million budget, Mrs. Doubtfire was a huge box office hit, going on to gross $219 million with an additional $222 million coming internationally. In the years since then, the movie has become an iconic family comedy and one of Williams’ most memorable roles. There’s plenty of hilarious scenes to include in the theater adaptation. One thing is for sure, though: If they don’t sell slices of cake in the lobby, they’re making a big mistake: 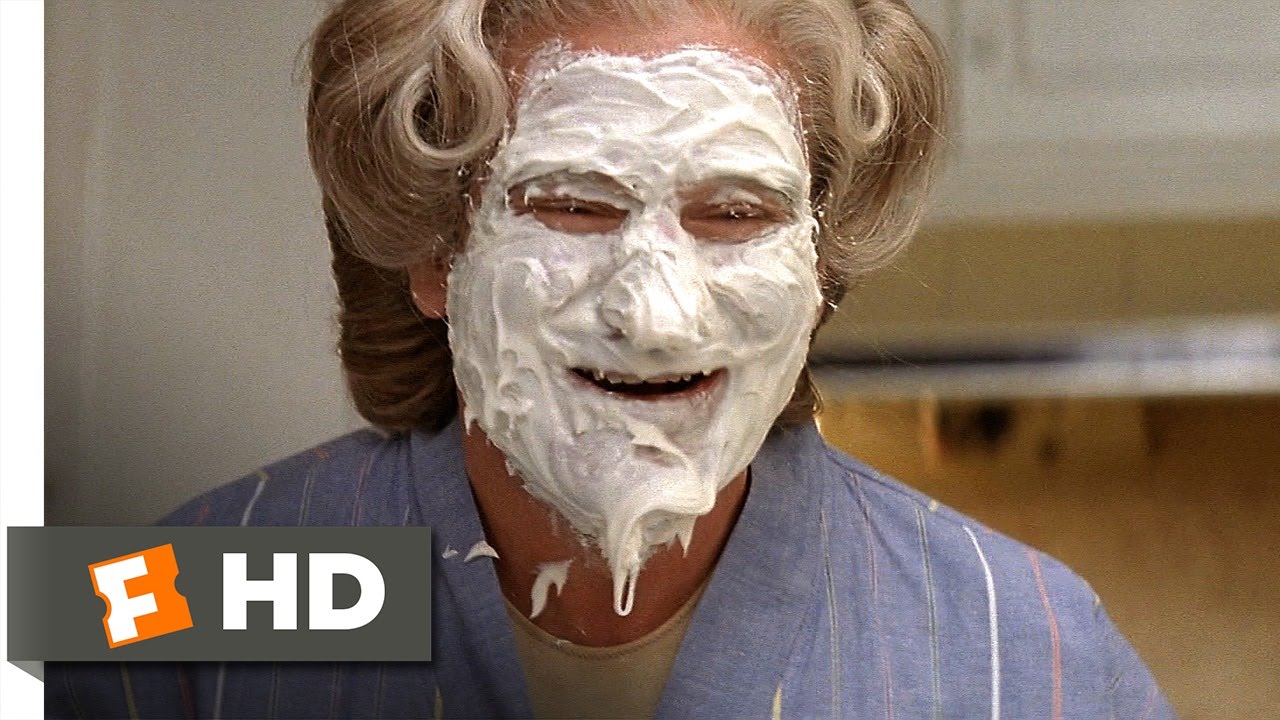