Legendary drummer Ginger Baker died Sunday, October 6th at the age of 80. Baker was best known as a member of Cream, and is regarded as one of the most influential drummers in rock history.

Baker was hospitalized late last month after becoming “critically ill.” According to a brief statement posted to his official Twitter account, he “passed away peacefully in hospital this morning.”

Born on August 19th, 1939, in Lewisham, South London, England, Baker took lessons as a teen from jazz drummer Phil Seaman, and crossed paths with eventual Cream bandmate Jack Bruce as a member of the blues group The Graham Bond Organization.

In 1966, he would form Cream with Bruce on bass and Eric Clapton on guitar, with all three members contributing vocals. The band was one of rock’s first power trios — paving the way for the likes of The Jimi Hendrix Experience and ZZ Top. Cream released four albums — Fresh Cream (1966), Disraeli Gears (1967), and Wheels of Fire (1968), and Goodbye (1969) — delivering iconic tunes such as “Sunshine of Your Love”, “White Room”, and “Crossroads” along the way.

While some have credited Cream’s combination of blues, psychedelia, and hard rock as a precursor to heavy metal, Baker was no fan of the genre. “People try to say that Cream gave birth to heavy metal,” he once told Rolling Stone. “If that’s the case, we should have had an abortion.”

Despite great success, Cream broke up at the height of their popularity, embarking on a farewell tour in late 1968.

After Cream, Baker and Clapton joined forces with Steve Winwood (vocals, keyboards) and Ric Grech (bass) in the supergroup Blind Faith. The band only lasted for a single — albeit classic — self-titled album, in 1969, breaking up that same year. Baker would not remain quiet for long however, as he launched the fusion group Ginger Baker’s Air Force, which lasted for a few albums, but failed to measure up to the commercial success of his previous two bands.

Subsequently, Baker battled heroin addiction, but continued his musical career throughout the ’70s and ’80s, playing with everyone from Afrobeat artist Fela Kuti to psych-rockers Hawkwind, and even John Lydon’s post-punk band Public Image Limited.

Baker perhaps returned closest to playing hard rock as a member of Masters of Reality, when he joined forces with Kyuss/Queens of the Stone Age producer Chris Goss for one album, the underrated cult-classic, 1993’s Sunrise on the Sufferbus.

That same year, Cream were inducted into the Rock & Roll Hall of Fame, which led to a one-off reunion performance by the trio at the ceremony.

Another hard-rocking detour was around the corner, the short-lived BBM, which was comprised of Baker, Bruce, and former Thin Lizzy guitarist Gary Moore, which once more only lasted for a single album, Around the Next Dream (1994).

In 2005, Baker reunited with Clapton and Bruce for a series of Cream reunion shows, consisting solely of multi-night residencies  at the Royal Albert Hall in London in May and New York’s Madison Square Garden in October. This would prove to the last time the trio would ever perform together, as Bruce passed away on October 25th, 2014, at the age of 71.

Outside of music, Baker lived a troubled life and his temperamental personality was captured in the entertaining-yet-disturbing 2012 documentary, Beware of Mr. Baker. The opening scene captured the drummer breaking director Jay Bulger’s nose with his cane.

When it came to his skills behind the drum kit, Baker was revered by the greatest of drummers. “My brother and I used to listen to those Cream records, trying to emulate them,” Alex Van Halen told Rolling Stone in 2009. “Those musical extravaganzas set the stage for Led Zeppelin and Van Halen.”

Rush drummer Neil Peart added, “His playing was revolutionary — extrovert, primal and inventive. He set the bar for what rock drumming could be. I certainly emulated Ginger’s approaches to rhythm — his hard, flat, percussive sound was very innovative. Everyone who came after built on that foundation. Every rock drummer since has been influenced in some way by Ginger — even if they don’t know it.”

Despite a volatile personality that damaged his relationships with family, friends, and bandmates, there is no denying Baker’s stature as one of rock’s all-time great drummers. Ginger Baker, rest in peace. 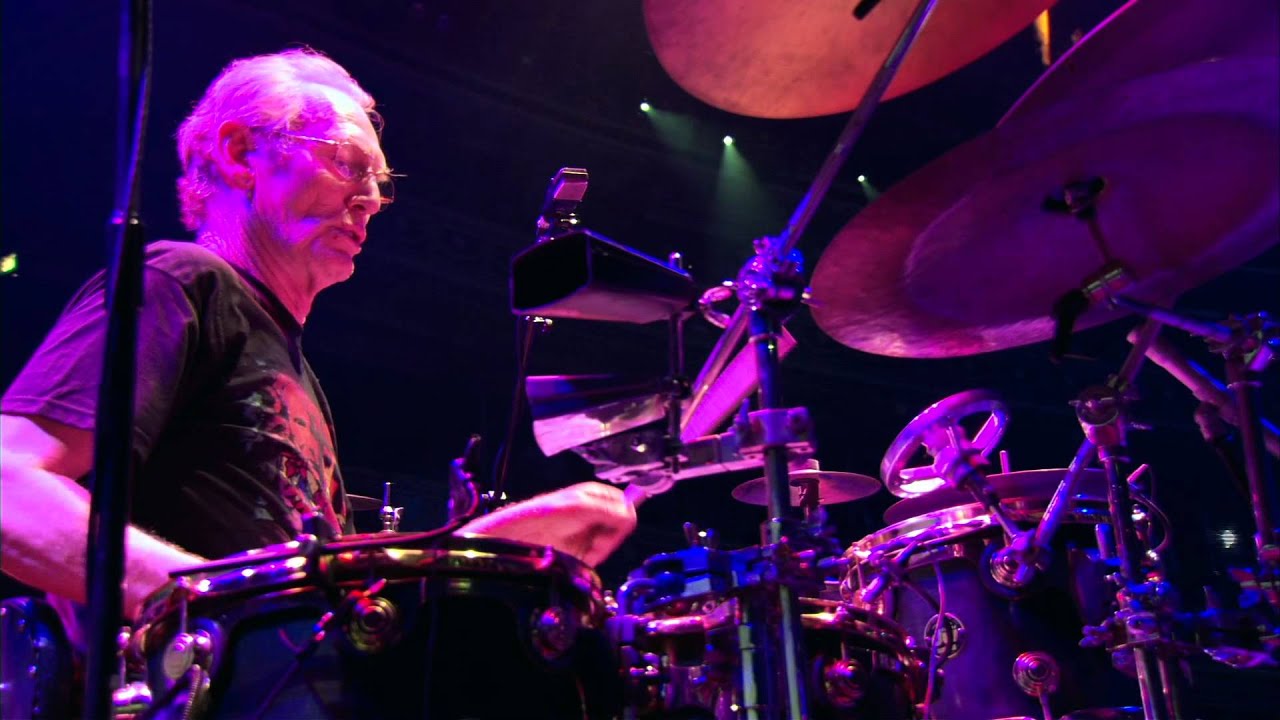