Sepultura played a new song called “Isolation” at Rock in Rio this past weekend. Now, the Brazilian thrash legends have announced that their 15th studio album, Quadra, will be out sometime in early 2020. The band shared the artwork and revealed that it will be concept album about “the meaning of the number 4.”

For the new LP, Sepultura returned to Fascination Street Studios in Sweden to once again work with producer Jens Bogren, who recorded 2017’s Machine Messiah. The LP’s artwork, created by Christiano Menezes, depicts a battered coin — a symbol for Quadra‘s concept.

As longtime guitarist Andreas Kisser explained in the press release:

“Quadra, among other meanings, is the Portuguese word for ‘sport court’ that by definition is a ‘limited area of land, with regulatory demarcations, where according to a set of rules the game takes place.’We all come from different Quadras. The countries, all nations with their borders and traditions; culture, religions, laws, education and a set of rules where life takes place. Our personalities, what we believe, how we live, how we build societies and relationships, all depends on these set of rules that we grew up with. Concepts of creation, gods, death and ethics.

Money, we are enslaved by this concept. Who’s poor and who’s rich, that’s how we measure people and material goods. Regardless of your Quadra you need money to survive, the prime rule to play this game called life. Hence the coin.

The coin is forged with the senator skull, who represents the set of rules and laws we live by; the world map on his head delimiting the borders of all nations, imaginary lines separating people by concepts of race and the sacred.”

Although the band hasn’t offered up a studio recording quite yet, concert footage of the aforementioned “Isolation” can be seen below. After a doomy symphonic intro, the tune turns into a blistering thrasher full of manic fills and sinister riffs. If the song is indicative of the rest of Quadra, then fans can look forward to another meticulously composed thrash epic.

Quadra will be available via Nuclear Blast, with a release date, pre-orders, and official single coming soon.

UPDATE 11/8: An official video for “Isolation” has been released. Watch it below. 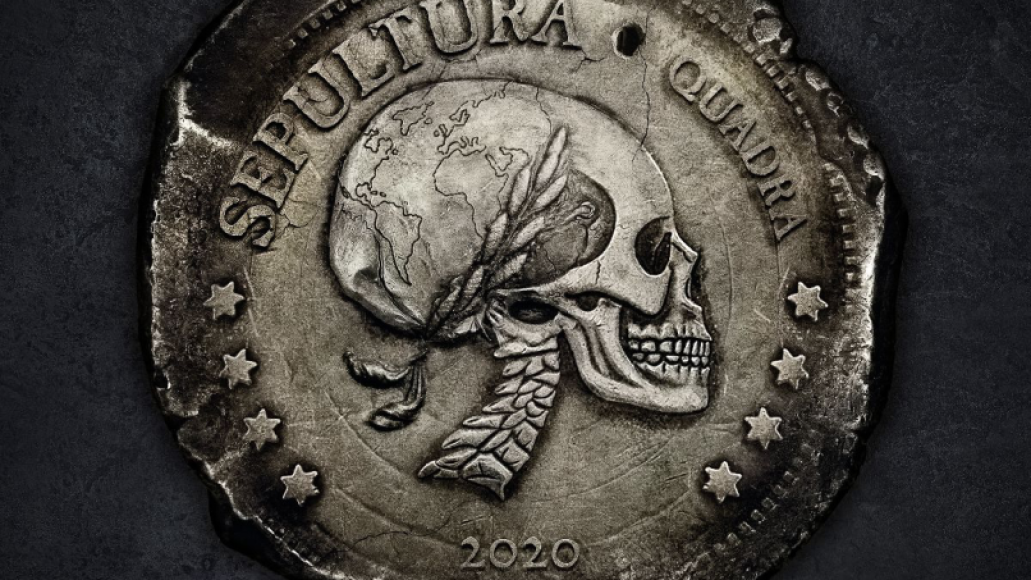