It’s a little under a week until Halloween. Already, we’re exhausted from scary movie overdoses, bowls of bite-size treats, and telling unfortunate souls that their Joker costume is still a major cliché. That “Monster Mash” song at the grocery store isn’t helping either, especially the cycle of spooky sounds — y’know, the guttural screams, manic laughter, or howling wolves.

That’s why we decided to shake things up and really try and scare ourselves by turning to one thing we know: music. Rather than throwing all of the creepiest songs in one cauldron and hoping for magic, we opted to focus on individual genres. Given that we already collected our scariest pop, rock, and love songs, it made sense to chill our spines with a new beat.

Assembled before you is a nightmarish list of hip-hop songs that could make Michael Myers choke on candy corn and even give Freddy Krueger nightmares. Not for the faint of heart, give this compilation a listen at your own behest and transport yourself to the troubled mind of Christopher Wallace or feel the full-frontal assault of Death Grips’ otherworldly instrumentals.

One of the hardest tracks on the debut album from the Wu-Tang Clan, “Method Man” starts off in a dark place, with the titular rapper and Clan mate Raekwon the Chef trading torture tales, upping the ante with every rebuttal. Raekwon is capable of holding his own in the threat throwdown, but Method Man secures a spot in our nightmares with lines like “I’ll fucking sew your asshole closed, and keep feeding you, and feeding you, and feeding you.” These are the kind of things that cement the versatile rapper as a master of intimidation, which is quite an impressive feat for someone who name-checks three different peanut butter brands just a few bars later. 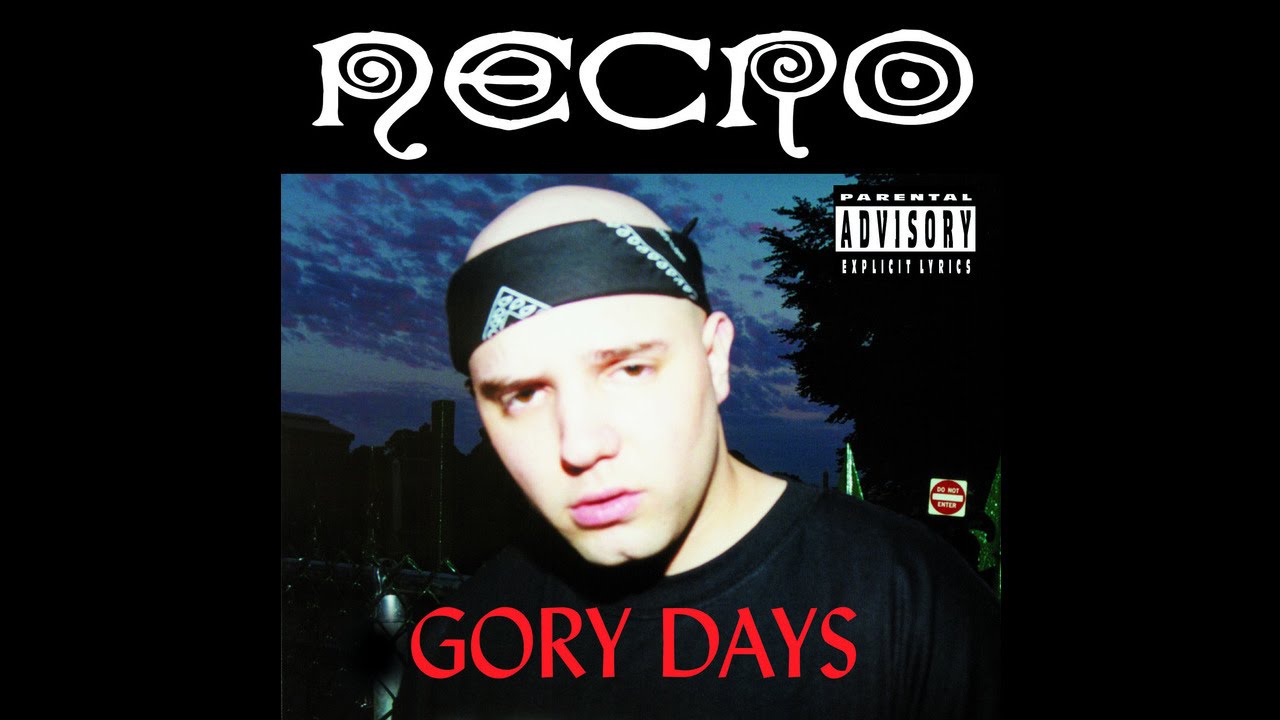 In the world of death rap, few come close to the psychotic sorcerer known only as Necro. For years, Necro has been preaching the benefits of sex, drugs, and violence. Always quick to tell you who your daddy is, there is certainly no shortage of dismemberment, destruction, or disses to your mama in “Circle of Tyrants”. Necro compares himself to a zombie feasting on bloody guts, adding cannibalism to his extensive history of brutality. Along with his horrorcore cronies, Mr. Hyde, Goretex, Ill Bill, and Captain Carnage, the band of degenerates spin a yarn of suicide, homicide, and what can only be described as a total disregard for personal hygiene.

Scarier than? Being a kid and losing your mom in the store and thinking you found her only to have some strange lady turn around and look at you like you’re some kind of bucktoothed freak.

Arguably one of the best hip-hop songs of all time, “Mind Playing Tricks on Me” is a different kind of frightening. It’s not monsters-under-the-bed scary; it’s more psychological, focusing on lingering mental illness and paranoia. Using an Isaac Hayes sample, the Geto Boys — Scarface, Willie D, and Bushwick Bill — trade verses documenting each state of mental decline. It’s a deeply personal yet incredibly disturbing track, especially on Scarface’s opening verse: “See, every time my eyes close I start sweatin, and blood starts comin out my nose.” Later in the track, Bushwick Bill even mentions Halloween: “This year Halloween fell on a weekend/ Me and Geto Boys are trick-or-treatin/ Robbin little kids for bags.”

Scarier than? A four-day Netflix bender, all too easy to lose your grasp on reality. 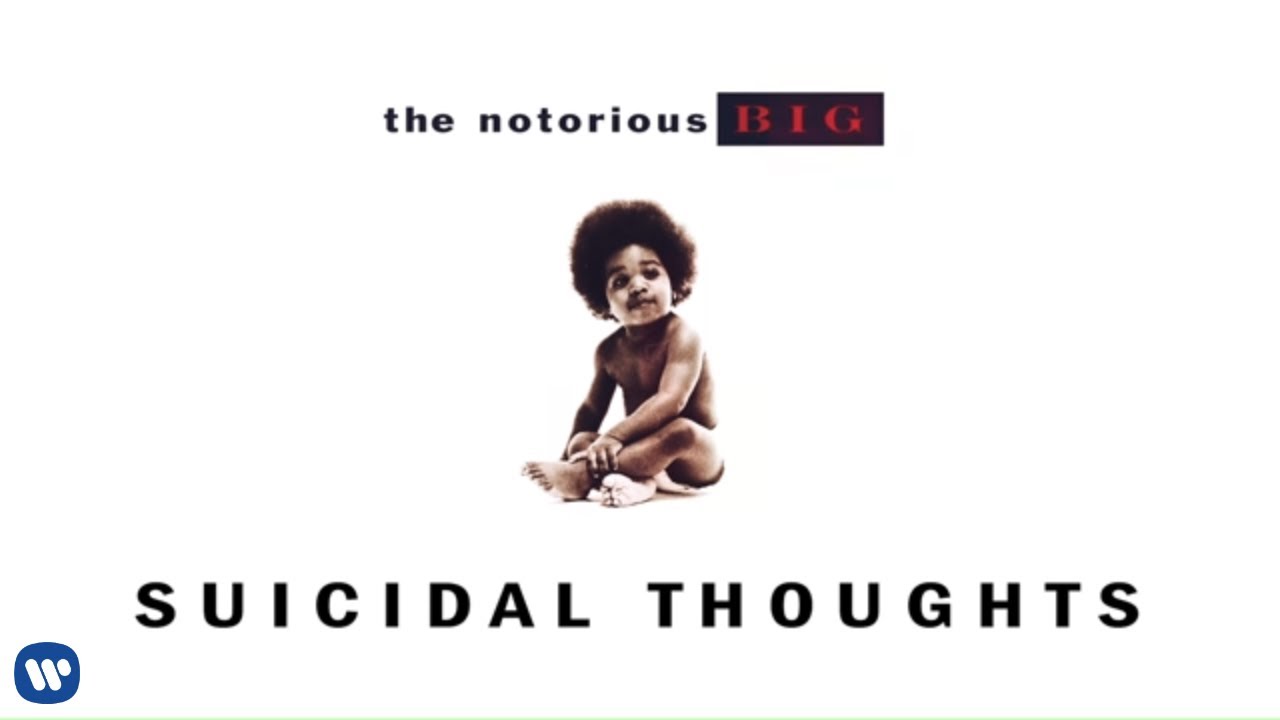 “Suicidal Thoughts” is one of the most dour songs in a catalog cut short by an untimely murder. The song captures a late-night phone call with Puffy Daddy, as Biggie recalls his past malfeasances and debates suicide. Over barren production, with little more than a basic drumbeat behind him, the late rapper starts the track with one of the most killer, no pun intended, opening rhymes: “When I die, fuck it I wanna go to hell/ ‘Cause I’m a piece of shit, it ain’t hard to fucking tell.” The exploration of the mind of a man on the edge of his demise is chilling and opens the audience to a side of Biggie they didn’t see before, a side that could scare them with his real feelings.

Scarier than? That scene in Groundhog Day when Bill Murray keeps trying to kill himself to escape the loop he’s trapped in, only to find himself back in the same bed and breakfast.

Exmilitary, Death Grips’ 2011 debut album, was chock-full of raw, potent aggression. The album’s second song, “Guillotine”, packs so much of a punch it’s fucking terrifying. MC Ride’s guttural, visceral delivery is scarily in your face, especially with Zach Hill’s otherworldly production pounding in the background. It gets into darker territory when MC Ride raps about decapitated corpses: “Head of a trick in a bucket, body of a trick in a bag/ And thrown in the fire like fuck it, gotta burn it before it goes bad.” With the recent influx of Death Grips news stories, the group is no stranger to shock.

Scarier than? Having your favorite band not show up to a concert. 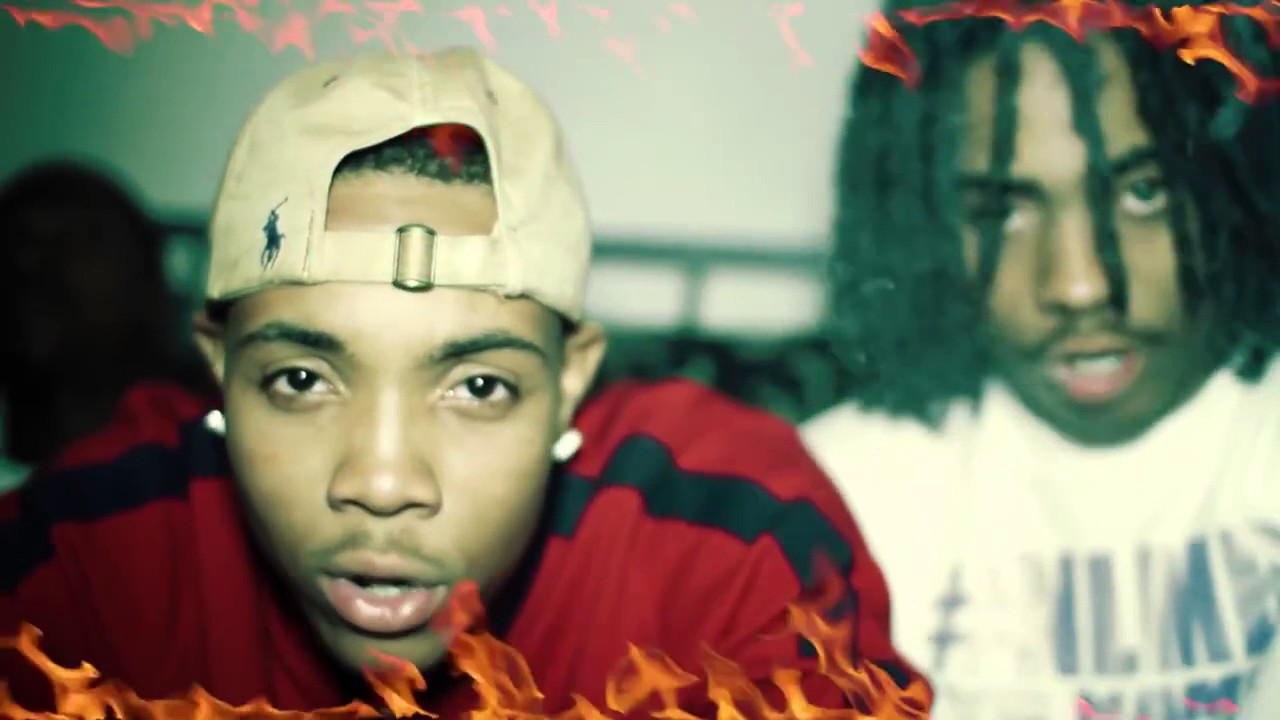 Unlike other songs here, spooky doesn’t work as a descriptor; the alpha “4 Minutes of Hell” is unsettling, rather, because it’s home to the most believable murder tale we’ve heard from Chicago’s present street-rap reign. In fact, it must be one of its only nuanced murder tales — Keef, Reese, Durk et al. never seem to shade their anecdotes more than “Hit him with the Cobra, now that boy slumped ova,” things like that. Rapped over a minimalist beat, Lil Herb is dismaying to say the least in his ability to tell such a dire story with such a natural flow. It hardly sounds like shots fired, but lyrically this track can gun down anyone.

Scarier than? Most things. Hopefully you’re all aware of how truly brutal the situation in Chicago is and that not much of what’s said in this song is out of the realm of possibility for things to happen. Gang violence isn’t a laughing matter, unless you’re Chief Keef, in which case you’re an idiot/poster boy for the movement.

The closing track off of TLC’s stone-cold classic 1995’s CrazySexyCool covers a lot of ground — civil rights, gang violence, jealousy, and more — and yet it’s not the lyrics, but the production that earns the Ray Bradbury/Macbeth homage of the title. Organized Noize has always had a way of adding an extra shroud of darkness to meditations on socioeconomic travail, most notably on Outkast’s “Toilet Tisha”.

There’s something about the gnarled guitar, the P-funk bass, and the dragon-belly drums that sound downright foreboding, all while still managing to groove. On “Wicked”, the worried tone of T-Boz, Chili, and a baby-faced Andre 3000 makes one wonder if things are really going to be as fun and okay as they are on the rest of the album, even as Left Eye stays defiant in her closing rap. Remember, she’s the one who suffered the worst fate of all.

Scarier than? Anything Bradbury ever put to paper.