This feature originally ran in October 2014. We’ll continue to share scares, old and new, as we creep towards Halloween.

If there’s one thing to learn about horror, it’s that anything can be scary. Terrifying clowns? Thanks, John Wayne Gacy. Old family portraits? Oh yeah. Evil dolphins? Simpsons did it. As we’ve discovered over the past year, music also has the ability to chill our bones and leave us counting the seconds under our covers ’til sunlight. Whether it’s rock or hip-hop or pop, every genre’s entitled to one good scare — in this case, 13 in all.

Now, before you click ahead, know that we strictly chose pop songs that haven’t already been tied to relics of horror. In other words, we opted out of The Chordettes’ “Mr. Sandman” via Halloween II or “Jeepers Creepers” via (duh) Jeepers Creepers or Q Lazzarus’ “Goodbye Horses” via The Silence of the Lambs. Instead, these songs are on this list specifically for their own gloriously terrifying DNA.* So, click ahead and let your fears be popped.

* = Two inclusions were in episodes of Miami Vice, but neither scenes were particularly scary. 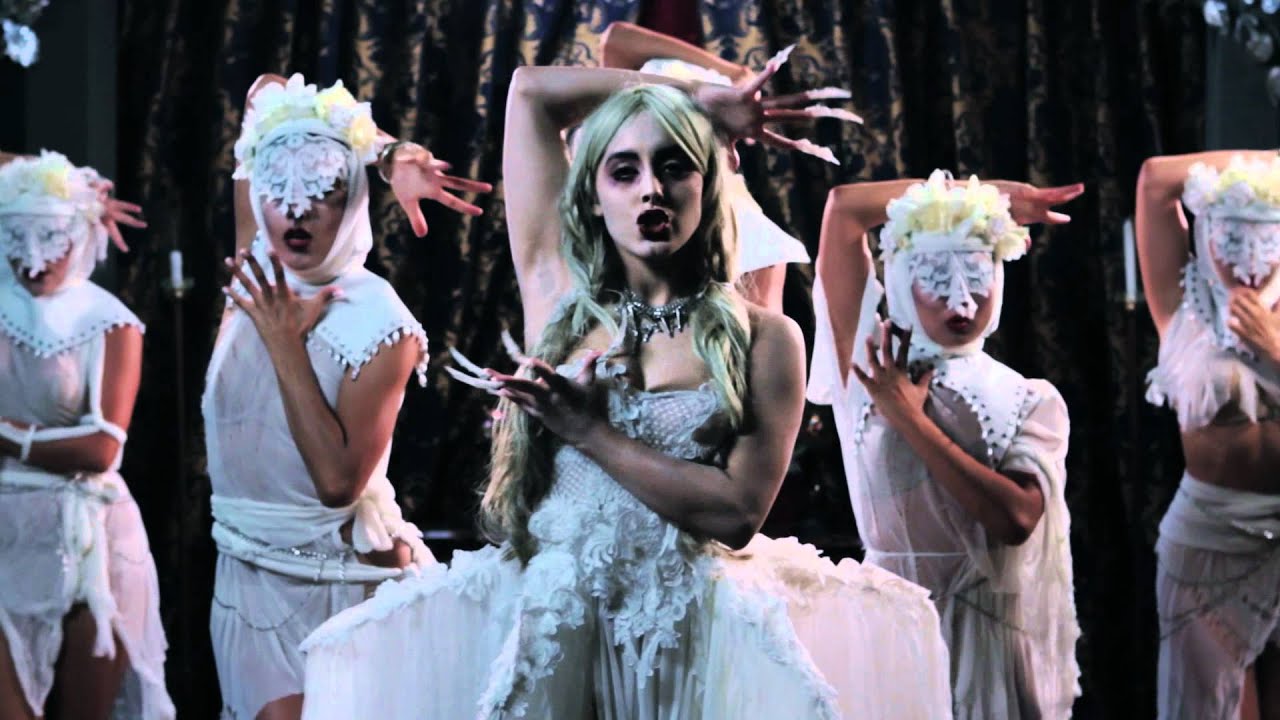 As a pop star, Lady Gaga has always flirted with the darker side of the mainstream, not just with her highly conceptual and frankly weird persona but also with her overlooked but intricate and defined lyrical content. Off her 2011 sophomore effort, Born This Way, there’s no better example of this than “Bloody Mary”. Over a throbbing barrage of synths, bleak imagery, and distinctly Gaga-at-her-peak intrigue, the song floats by with the darkly shaded menace of her unhinged vocal performance. There’s intricate wordplay exploring the subtle differences and religious implications of words like “cry” and “crucify” and blood-curdling screams thrown into her radio-friendly mix. If there’s any pop star that could adequately fill the infamously royal shoes of her song title’s ruthless namesake, it’s Gaga. –Josh Terry 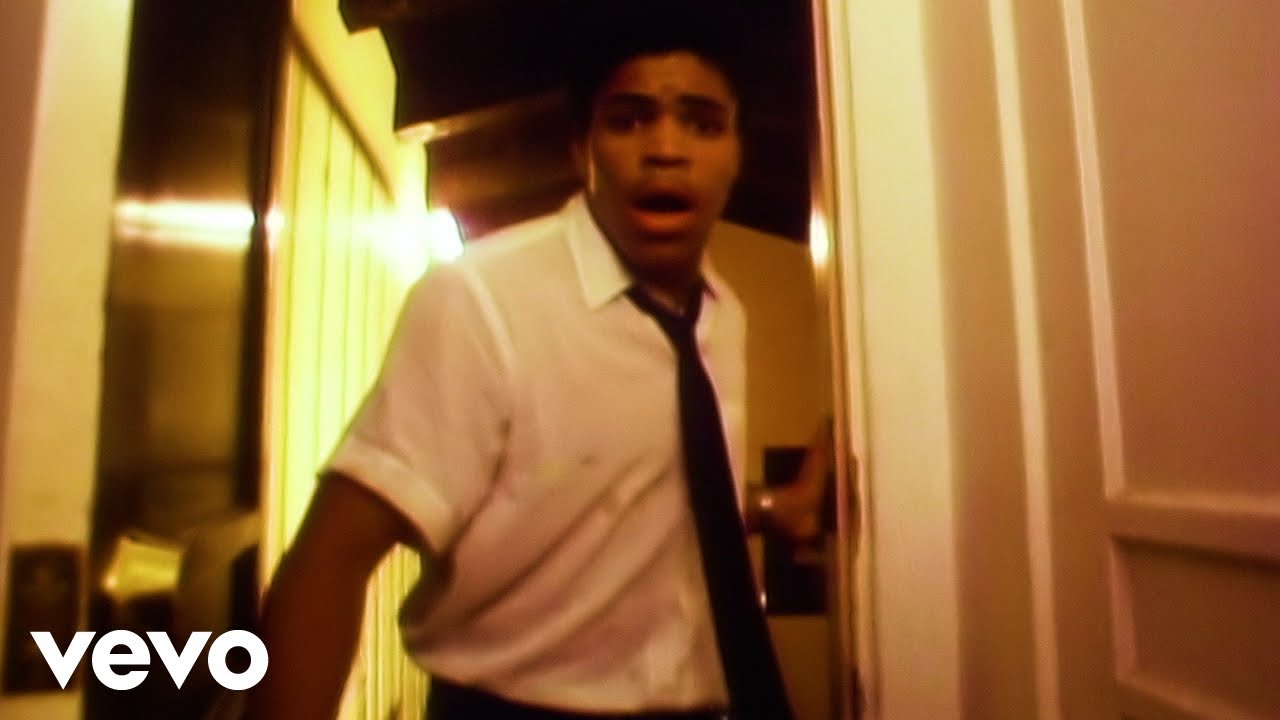 Voyeurism and stalking are always interesting topics when it comes to music (as you’ll see later in the list). This was the premise of Rockwell’s “Somebody’s Watching Me”, which was essentially a Michael Jackson song because of his borderline shrill performance on the hook. You even got the horror show video — complete with scenes ripped from Psycho — to add to that Oct. 31st feel. However, perhaps the true horror, at least for Rockwell, is how he would never even come close to matching the success of this No. 2 hit for the rest of his career. –Brian Josephs 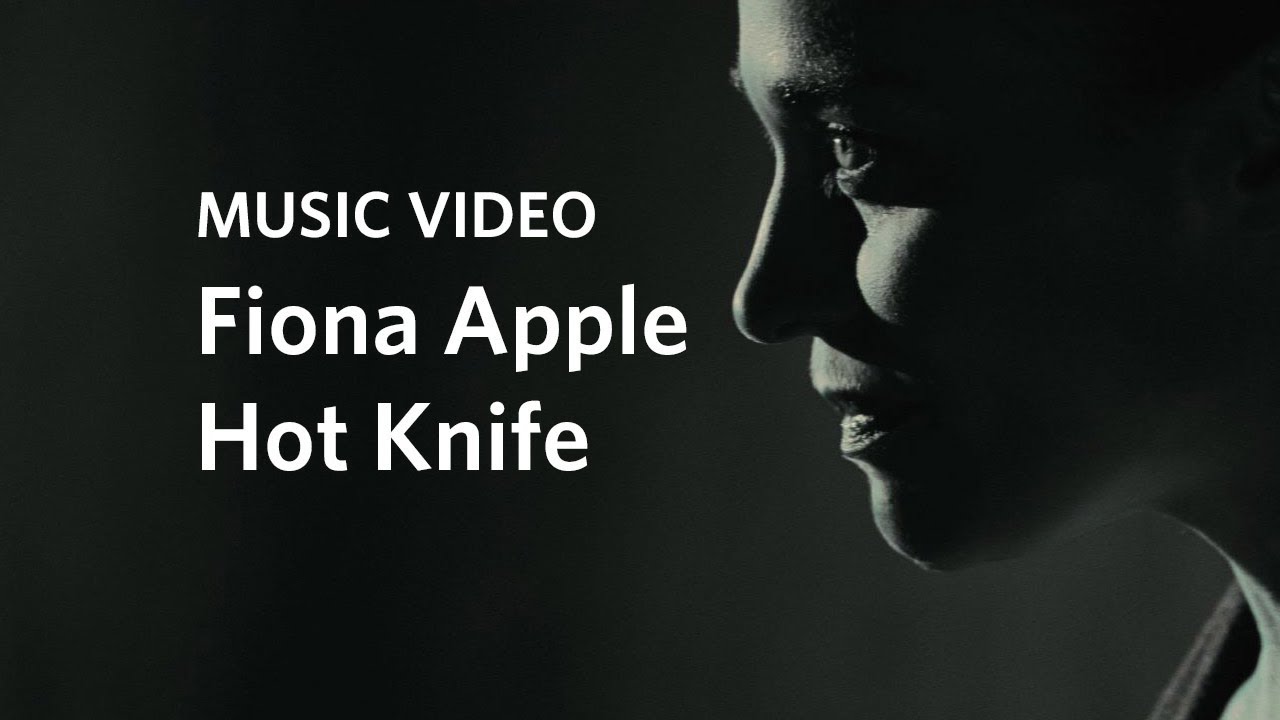 Make no mistake, “Hot Knife” is a happy song. For once, Fiona Apple sounds assured and comfortable in a relationship, singing: “He makes my heart a cinemascope screen.” But here’s the thing: What if this song’s one-sided? What if Apple’s the only one who feels that way? Given the vocal repetition and the eerie percussion, lines like “He’s never gonna need another” and “Maybe I could teach him, too” start feeling just as sharp as the song’s namesake. But isn’t that the true horror of love? No one ever knows what’s going on inside their lover’s heads. They just assume. And usually the worst. #GoneGirl –Michael Roffman