The Pitch: As Bob’s Burgers enters its 10th (!) season, the season premiere, “The Ring (But Not Scary)”, sees Bob (H. Jon Benjamin) hatching a plan for his upcoming anniversary to Linda (John Roberts) — giving her the fancy diamond engagement ring she never got during their initial courtship. There’s just one problem: the Belcher kids. Tina (Dan Mintz), Gene (Eugene Mirman), and Louise (Kristen Schaal) already stumbled upon the ring while searching for presents in their “super-secret hiding place” in the closet, and now it’s stuck on Gene’s finger. And on the day they’re headed to the water park, no less! As their anniversary creeps ever closer, Bob and the kids struggle in that quintessential Belcher way to get the ring back before Linda finds out. 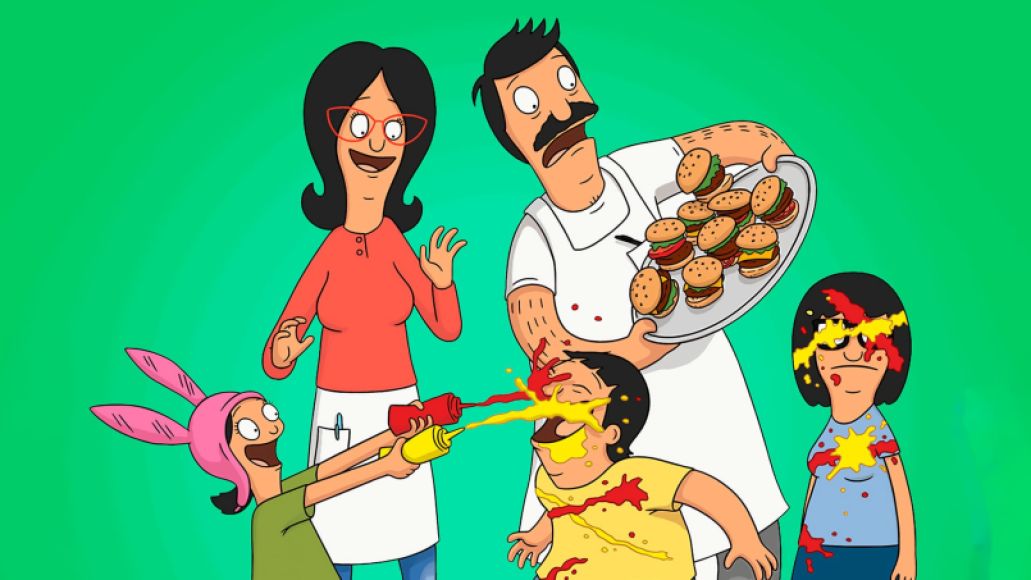 Fellowship of the Ring: With Bob and Linda’s anniversary, it’s fitting that Bob’s Burgers celebrates such a momentous production milestone with a similar marking of time for the family. Loren Bouchard’s show is remarkable not just for its well-intentioned optimism, but for mining adoring sitcom situations out of realistic working-class conditions. After all, Bob’s gesture of the fancy ring is made out of a desire to make amends for years of being too overworked and poor to give Linda the engagement experience she deserves. It’s well-trod territory at this point, but the anniversary gives us another chance to revisit the essential warmth at the heart of the Belcher family and why fans have fallen so in love with these characters.

As for the kids, they’re transparently an engine for the plot this time around, their ring-related antics a fly in the ointment for Bob’s journey. The way they (and other characters in the episode) struggle to recognize how Bob and Linda are related — “Wait, no, they’re brother and sister?” Tina asks of the ring — is more than just sitcom absurdism; it feels like a testament to how close they are as family. Sure, Bob’s search for the ring with his kids is a pain in the ass, but it also lets them bond in the ways we expect of the Belchers at this point. 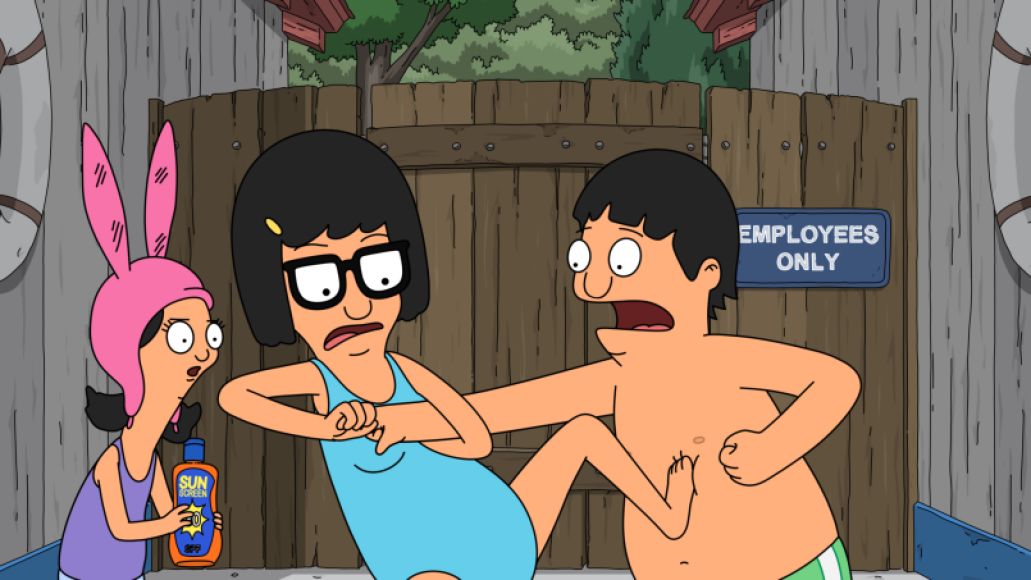 Another Love Saved by Nat Kinkle: Bob’s Burgers is often just as much about the wacky town they live in as the Belchers themselves, and the premiere sees the return of scatterbrained limo driver Nat (Jillian Bell), now a frequenter of the town’s water park, Wetty Set Go! (The show’s love of puns continues unabated, including this episode’s burger special, the “Olive Me, Why Not Take Olive Me? Burger.”) Her go-get-em enthusiasm dovetails nicely with the Belchers’ energy, as she rallies dozens of people to sneak into the park late at night to help with Bob’s ring quest.

Gayle Force Conditions: Less effective is the subplot that keeps Linda out of the way for Bob’s ring misadventure – a farcical scheme to get agoraphobic sister Gayle (Megan Mullally) to take her pink eye drops. A lot of the gags work, including an extended scene where Linda tries to manipulate Gayle into going to a liquor store to lower her guard (“No wine? No beer? How do you relax?” “I don’t.” “Oh.”). But a lot of it is just place-setting to keep Linda occupied while Bob works against the clock to retrieve the ring. Someone get Gayle a man already! 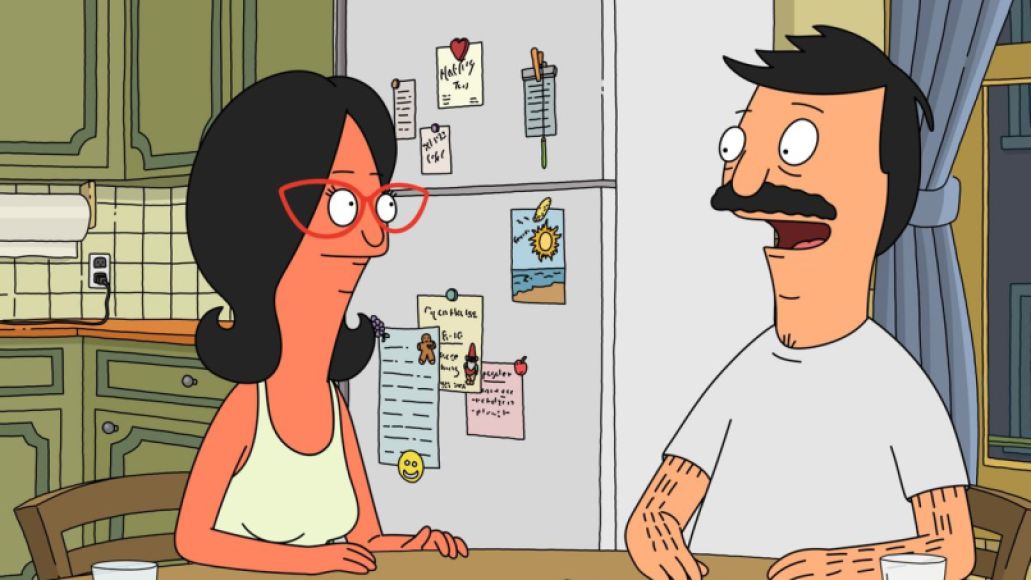 The Verdict: Based on the premiere episode alone, Bob’s Burgers looks to be changing nothing about their formula in their tenth year. And really, why should they? The show’s an absolute treasure precisely because of that delightful consistency of tone and humor it’s employed since its humble beginnings, a warm hug of an experience with a family who truly love each other and (Louise’s sociopathy aside) mean the best for each other. It’s a miracle that this show seems to be reaching Family Guy/Simpsons levels of longevity without experiencing those other shows’ wild swings in quality.

That said, I’m sure there’s room to grow, especially as we know so much about these characters already. Despite Bob’s anxiety about losing the ring, we know Linda will be fine with it in the end. In her own words, “Our love isn’t in a big, giant ring, you dummy. Our love is in everything we built together after you asked me to settle for you.” It might be too much to ask the show to introduce the Belchers to rockier waters; their quirky consistency is the show’s true hallmark, and cutting the sweetness of their dynamic with deeper complications is just a bridge too far.

“The Ring (But Not Scary)” is maybe one of the more modest season premieres in the show’s history, but it leans hard into the inherent sweetness of the Belcher family dynamic in ways that feel more reassuring than ever. Amidst a world that grows ever more divided and cynical, some of us just need some kindness and labored burger puns to see us through the darkness.

TV Review: Bob's Burgers' 10th Season Is Sweet and Comforting as Ever