Return to the Rock: Following its debut season, Hulu’s Castle Rock returns with another new, standalone story steeped in Stephen King lore. This time around, Misery villain Annie Wilkes (Lizzy Caplan) stumbles into the fictional small town carrying some excessive baggage. Baggage that not only involves her sordid past, but also her home-schooled teenage daughter, Joy (Elsie Fisher). Surrounding the two newcomers is an ensuing battle between the bullying Merril family and a budding Somali community forming within nearby town Jerusalem’s Lot. Unbeknownst to them is a growing dark force straight out of King’s pages, one that promises all kinds of supernatural terror for this tale of two towns. 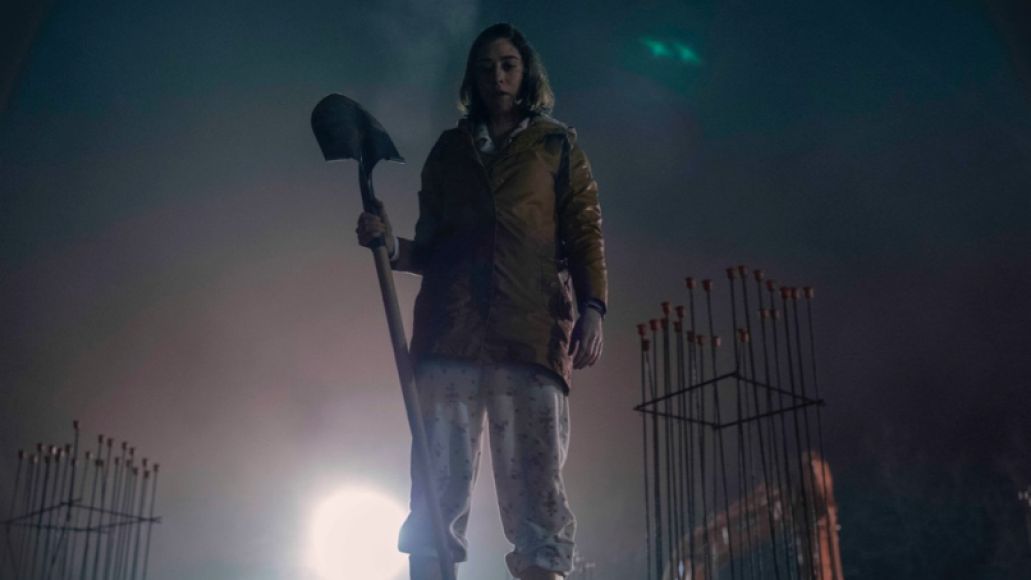 Needful Things: Whereas the first season saw showrunners Sam Shaw and Dustin Thomason exercising some major restraint over King’s ouevre, namely by focusing less on familiarity and more on originality, the second season finds them tearing through the pages. The mere inclusion of Annie Wilkes, arguably one of King’s most iconic constructs, suggests that anything is game in this series, even if it makes little to no sense in the overall King canon. That’s admittedly a major distraction, especially for Constant Readers, and becomes something of a thorn at the side of Season Two. After all, judging from the five episodes that were afforded to critics, there’s no real reason for Wilkes’ inclusion.

If anything, her inclusion appears to only drum up hype for those that weren’t too familiar with last season’s connective tissue, that being Alan Pangborn, played to perfection by Scott Glenn. Yet what was great about that first season — despite its Russell Wilson-esque fumble of a finale — was how Shaw and Thomason managed to find an original story within the proper timeline. Because really, Pangborn could have been anywhere following Needful Things, and seeing him as an old man in an equally old town was a revelation. It also never fudged with the nitty gritty details that King has painstakingly set into motion over the last four decades, and that was paramount for a series wielding his coveted IP. 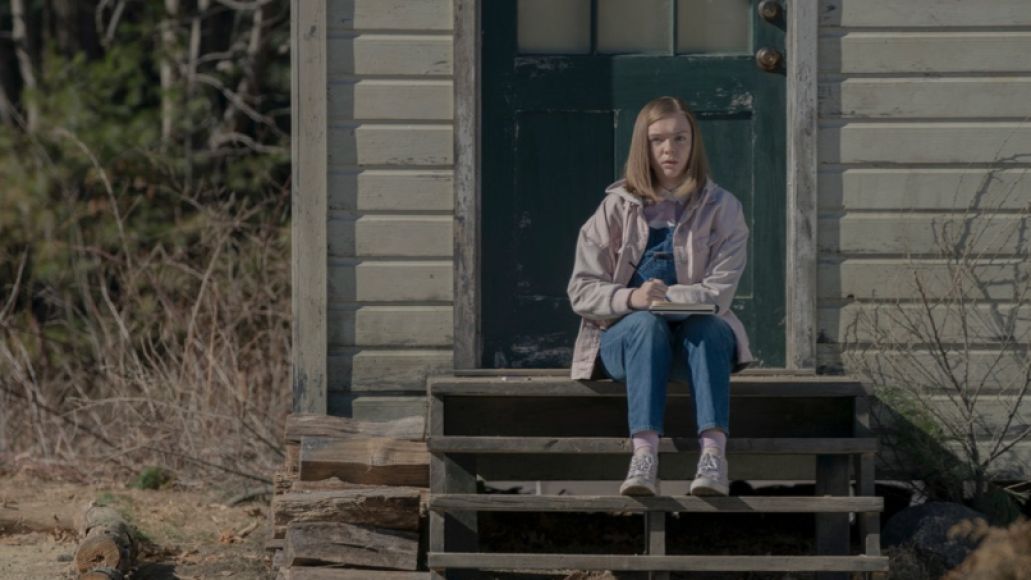 That’s all out the window here. Wilkes is just a name for branding purposes, and her story both a.) doesn’t make any sense within King’s canon and b.) thwarts the real story at hand between the Merrils and the Somalis. It’s as if the two had an idea for another original story, and someone higher up said, “Well, I’ve never read Sun Dog, or The Body, or ‘Salem’s Lot, and so, I think it would be in our best interest to go bigger with King.” They do, but they never can muster up anything more than, “Well, Annie was crazy in Misery, and we’re going to let that craziness bleed over literally.” It’s disappointing on a number of levels, though mostly because it seemingly shatters the conceit of the show.

On the onset, the idea of Castle Rock was such an exciting possibility. Both die-hard fans of King and passersby of his work could revisit a world that was entrenched in lore, and we could watch as it was either expanded upon or enlightened. Season Two, at least so far, seemingly uses the town as a canvas to just drop in whatever iconography they want, and it’s just a tad gluttonous. It’s telling in how there appears to be very little focus for this go-around. There are so many threads being woven together, and try as they might, there’s just not enough knots being tied to make it all work. In the end, everyone suffers, and we’re left with cheeky references, hollow drama, and zero stakes. 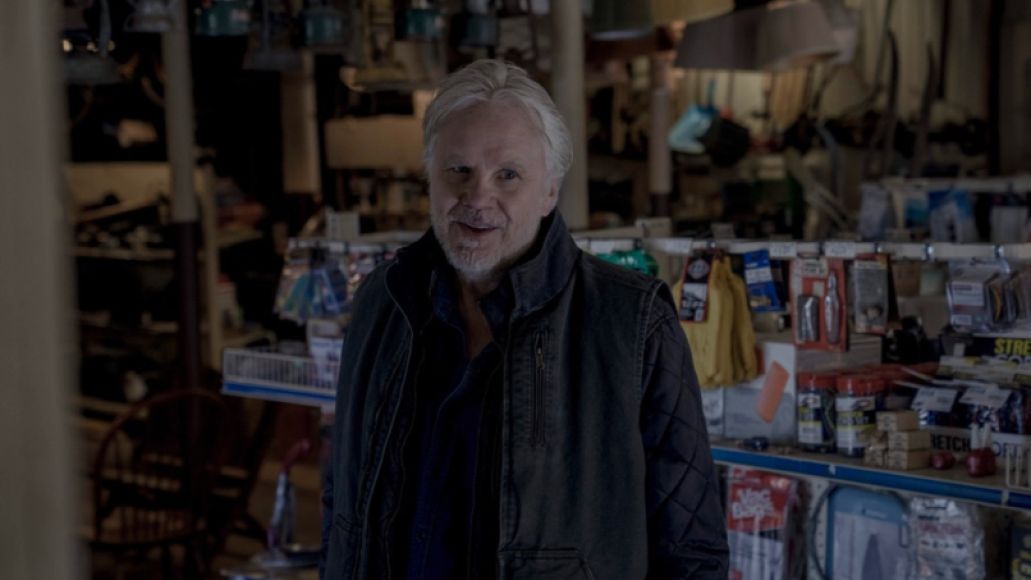 Misery’s Company: That’s not to say there isn’t quality at hand. This is a show that still looks sharp as ever, bolstered by some incredible cinematography and direction by returning Castle Rock vets, including director Greg Yaitanes, who helmed last season’s jaw-dropping bottle episode, “The Queen”. Even the performances are top-notch, particularly Tim Robbins as Reginald “Pop” Merrill and Yusra Warsam as Dr. Nadia Omar. The issue is that they appear to be roaming around liberally, digging up more questions than answers, which was also a hindrance of the first season. Seeing how this is a series under the Bad Robot banner, that’s still not entirely surprising, but it’s also not an excuse.

Sadly, the most tangible through line from the get-go belongs to Wilkes, whose flashes of the past and occasional hallucinations are all tied to what we know from Misery. Shaw and Thomason are clearly building upon that foundation, to what end, who knows (at least not yet), and while some casual viewers who remember Rob Reiner’s iconic flick might find solace here, it’s really not enough. It also doesn’t help that Caplan, who was terribly miscast in the role, mostly channels the mannerisms that nabbed Kathy Bates an Oscar in 1991. So, with no clear steady footing, all of that beauty and all of that talent mostly goes to waste, making one wonder, What are we doing here? 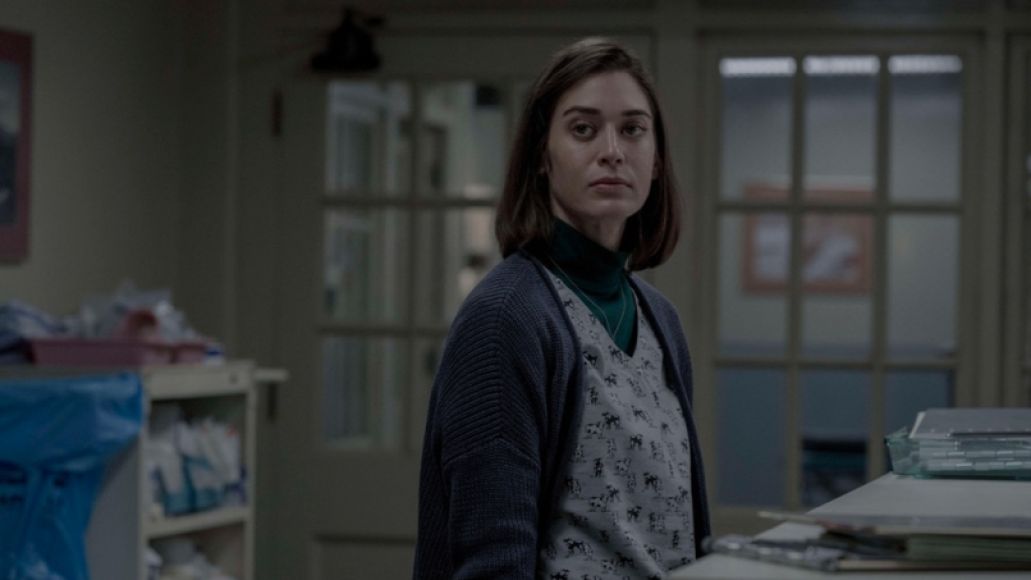 King’s Dominion: That’s a good question, and one that can’t really be answered until we’re looking back on the whole story. Right now — again, five episodes into this tale — the only real answer is that Castle Rock is still figuring itself out. Does it want to be a show that exists alongside King’s novels or within? The first season would argue the latter, while this season seems to be leaning toward the former. The problem is that they don’t lean hard enough, making this something of an indifferent experience. Here’s hoping they find a solution because the idea of Castle Rock is still one of the more ingenious proposals for our Age of IP. Hook ’em in with the familiar, win ’em over with originality.

Castle Rock will never have a problem with familiarity. Right now, it’s struggling to deliver something new. That first season came close, managing to mine a story between the pages, but this second season gets lost in the proverbial stacks. By rewriting King, they’re no longer building upon his decades-long foundation, they’re rebuilding it altogether. That’s not only lazy, it’s also unimaginative. Because really, anyone with half a mind could just take one of his books and milk it for a subversion or another twist. The show’s ingenuity comes from finding those other pages, the ones we dream up after we read his stories (or even while we’re reading ’em), and Castle Rock still has every chance of doing just that.