The Lowdown: “What is it about a bonfire?” The opening question from Phil Elverum’s press notes for Lost Wisdom Pt. 2 is one that haunts the latest Mount Eerie album from start to finish, an elegiac motif that returns to the word “smoldering” twice on its journey. It’s a term that invariably carries a sense of interlocation, though its passing is noted both ways: when we think of a smoldering romance, it evokes the presence of flame waxing, ascendant; when we think of a smoldering bonfire, we mourn what’s left of the light in its embers.

If Pt. 2 arrives packaged as a sequel to Elverum’s first collection of unlikely duets with Julie Doiron over a decade ago, it’s equally hard not to place it in a sequence with 2017’s A Crow Looked at Me and 2018’s Now Only as well — the Mount Eerie records following, and inevitably consumed by, the death of his wife, Geneviève Castrée, in 2016. Since then, of course, he’s remarried and separated from actress Michelle Williams, continued to write, continued to raise his daughter, continued to live in spite of tragedy. Elverum maintains that he writes songs to exist beyond the artist, but the words he sends out into that world remain painfully — and occasionally joyously — anchored to his own life. 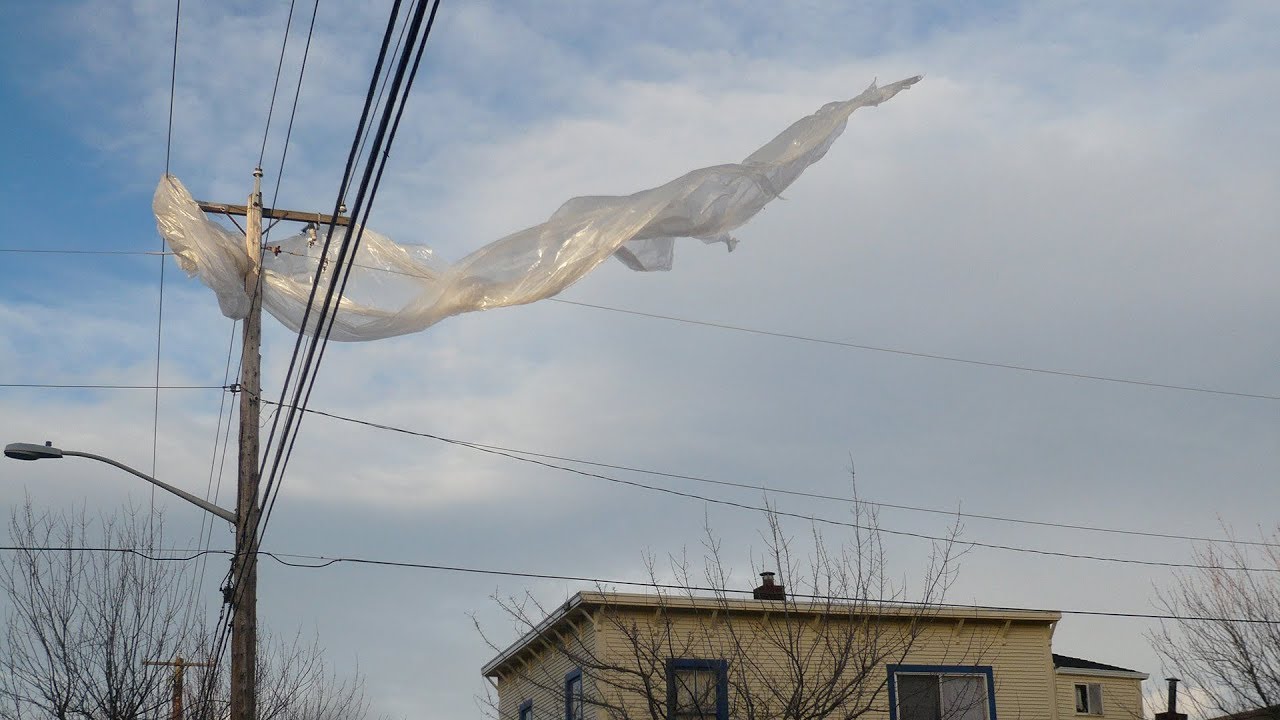 The Good: The album is bookended by “Belief” and “Belief Pt. 2”, and with the former stretching to almost a third of the entire record’s running time, much of the emotional fuel is poured out at these edges. Part of what made A Crow Looked at Me one of the best albums of the last five years was its contrast between gauzy, nature-obsessed poetry — the rich, elemental materials that Mount Eerie albums have traditionally been spun from — and the blunt-force trauma of “real death,” the close-up that’s too horrifying to render into art.

(Listen: Mount Eerie Talk Heavy Metal, Death, and Pet Gorillas on This Must Be the Gig)

It’s a route occasionally taken here. Elverum’s prose speaks of “quick flashes” and “tranced uncertainty,” of pleading that the sky might fall, and for a moment, we are lost in his world of loss as abstraction. Then the kicker arrives: “So imagine what it was like to watch up close a loved one die and then look into the pit/ I lived on the edge of it, and had to stay there.” The effect is the same as it was two years ago: the listener, drawn in by its softness, is suddenly confronted with the body itself. Perhaps “shock value” is the wrong phrase, which might imply a gimmick, but it’s a powerfully unsettling experience.

Musically, Lost Wisdom Pt. 2 is a mostly quiet affair, though its calm waters make the tempests all the more thrilling when they arrive: even the relatively sedate accordion drone that punctuates “Belief” feels like a squall of its own, and we can already do nothing but surrender ourselves beneath its blast. 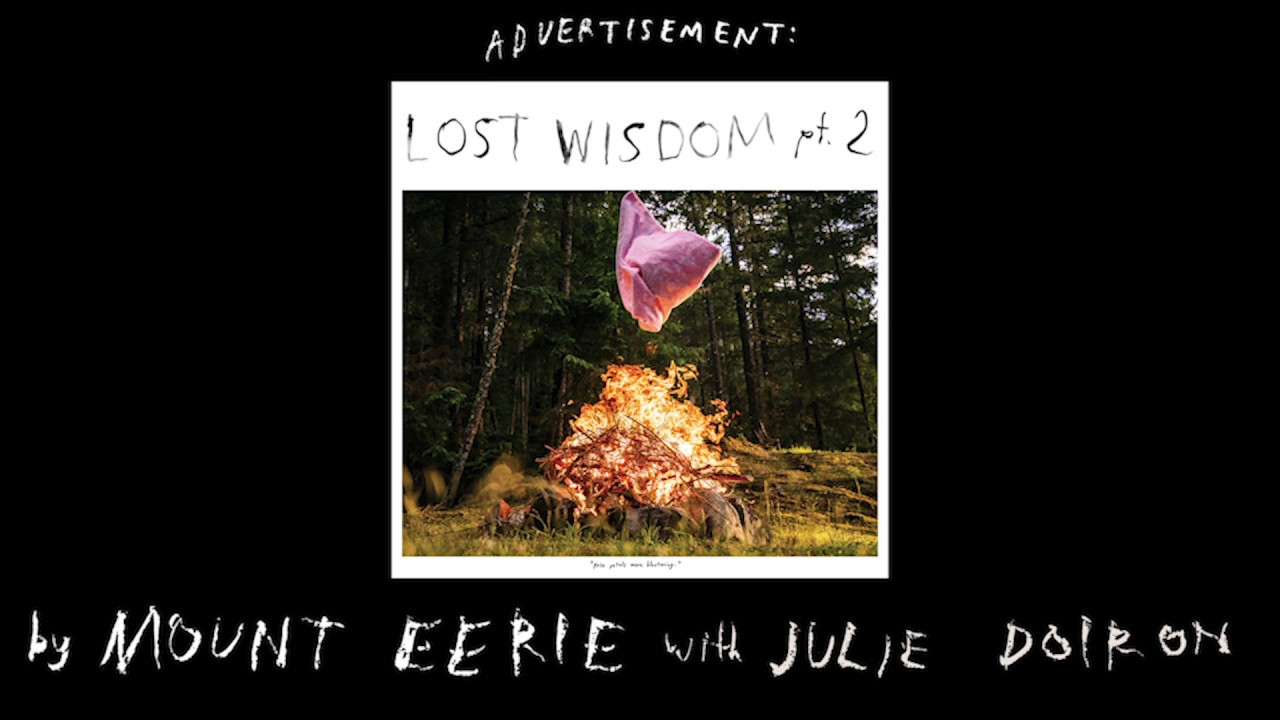 The Bad: The original Lost Wisdom was recorded with Canadian artists Julie Doiron and Frederic Squire. Doiron returns for Pt. 2, and her voice imparts as much inspiration as simple collaboration, occasionally leading Elverum down melodic avenues otherwise untapped. “She has been my favorite singer since 1993,” the Mount Eerie singer explains, “when I first heard her band Eric’s Trip and subsequently devoted my life to music and art.”

Her presence on this new album, 11 years later, provides moments of welcome sweetness to Elverum’s often brittle, reedy delivery. But on a record that still feels overwhelmingly personal to the songwriter himself, the arrival of Doiron’s voice sometimes feels intrusive, an unexpected interloper to a diary entry. More than that, while their voices do often conspire to create beauty on the record, Doiron’s attempts to match Elverum’s more meandering, almost spoken-word lines — as on the otherwise wonderful “Enduring the Waves” — frequently sound awkward and uneven.

Elsewhere, there are some odd editorial choices. “Widows” is superb, the only moment on the record when cymbals crash and guitars churn, a reminder that the Mount Eerie project is still capable of producing moments of exhilaration with the most basic building blocks. But placed among the serenity enveloping the rest of the album, it feels like a garage-rock aside that comes in to make up the numbers on a piece totally at odds with its raw energy, another charming but uninvited guest.

The Verdict: In spite of those fleeting moments of discord, Lost Wisdom Pt. 2 is an extraordinarily rewarding listen. The lyrical reference points are no less poignant for their obvious subjects; occasionally the poetry drops out altogether, most notably when Elverum reverts to his now-traditional laments about the Internet, commercial media, and technology at large (“Today the tabloids told the world you separated me/ My phone began dinging more than usual”).

Then again, it’s still the simplest lines that deliver the most heartbreaking beauty. “I believed in love,” he declares on “Belief Pt. 2”, exhausted but ready to fight on, “and I still do.” Later he returns to the embers, and though the starry golds and coppers of first love have passed, it’s apparent that even the charcoal grays carry heat enough to sustain: “If ever the bonfire that I carry around could warm you again, I will be out here in the weather for you glowing.”