The Lowdown: HBO’s new Watchmen series will cause anyone to have to take a deep dive into the origins of the graphic novel in order to fully understand just all the story angles, but with Trent Reznor and Atticus Ross at the helm of the soundtrack, it’s easy to see why fans would wanna stream the shit out of the series’ most iconic tracks. The Oscar-winning duo are perhaps most famous for their work on David Fincher’s 2010 film, The Social Network, which seemingly started a brand-new wave to stream film soundtracks, which we hadn’t really seen since films like The Matrix. The series is an updated take on the graphic novel of the same name, by which some might remember the 2009 film by Zack Snyder, which was a more linear, direct adaptation of the story and featured songs like “The Times They are a-changin’”, by Bob Dylan.

The biggest change for Watchmen fans from the 2009 film is that while the graphic novel calls out specific instances for exactly which song would be playing where — such as Simon and Garfunkel’s “The Sound of Silence” and Leonard Cohen’s “Hallelujah”, as well as some underscore moments by Phillip Glass — the series is a sequel, adding not only new characters and new story lines, but also creepy, art-imitating-life parallels to current events. The series has been said to be a “remix” of the graphic novel, taking place 34 years after the events of the DC limited series within the same alternate reality, and the soundtrack is a perfect match.

The Good: If you’re a fan of Nine Inch Nails, this soundtrack does not disappoint. Reznor and Ross have always been able to encapsulate dissonant mystery with a sense of vigilante urgency, topped off with a dash of anger. Sprinkle it with a bit of sexiness, and certainly don’t ever call it “EDM” — the duo exist in a genre of their own. Beginning with ambient synths on the first track, “HOW THE WEST WAS REALLY WON”, the duo see to it that their ability to create an alternate reality with sounds is truly expert level. Once we arrive at the thematic “NUN WITH A MOTHERF*&*ING GUN”, we hear those iconic driving synths and electronic production that the pair are known for. Once that heavily distorted guitar comes in, it may be difficult to stop anyone listening from kicking someone’s ass. Let’s just say The Matrix is fucking shaking.

Some tracks on the album are warped monologues like “GARRYOWEN”, which creepily voices a threat and identifies as The Seventh Cavalry, an extremist group that has turned on the police and “TRIGGER WARNING,” a faux US Government Propaganda warning against violence, mysogony, hate crimes, racism, and sexual assault. These tracks help to serve as a backbone to the soundtrack as a whole, allowing for it to be able to tell the same story as the series — without even having to watch. 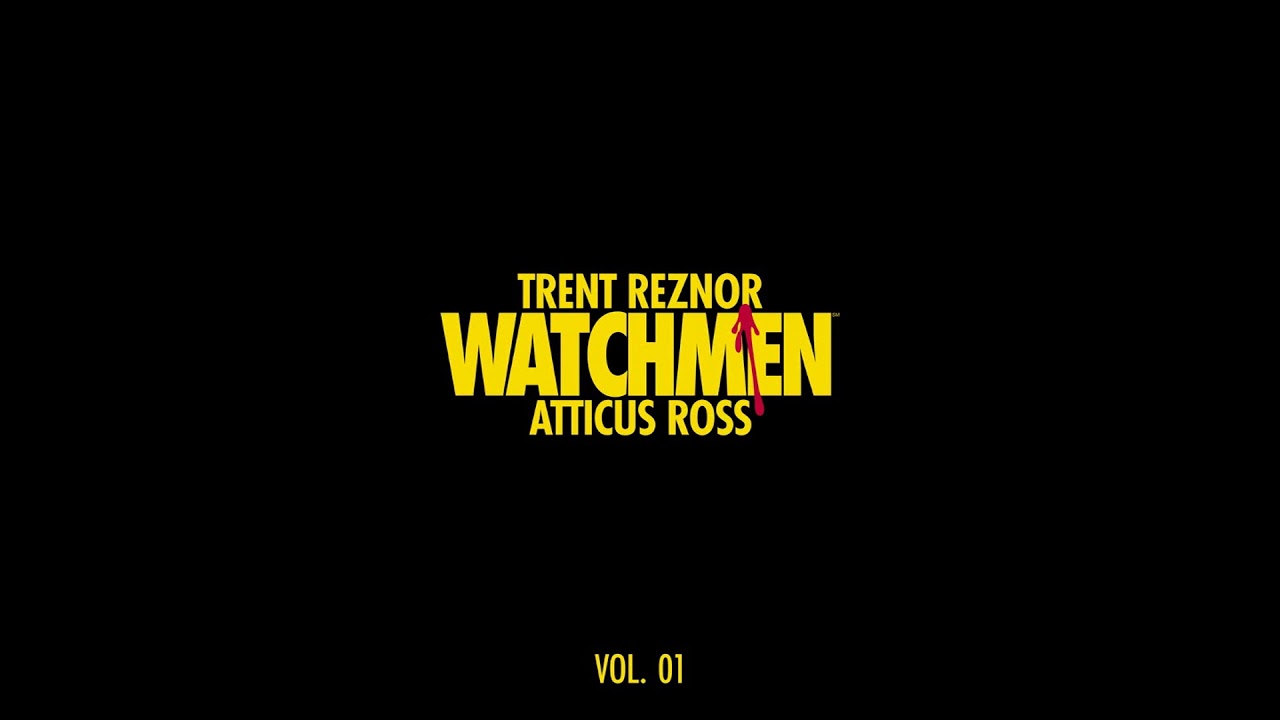 The Bad: As with any soundtrack, there are expected moments of traditional underscore — such as with “THE BRICK” and “ABSENT FRIENDS AND OLD GHOSTS”. While these types of tracks are needed for the series in order to create a mood for certain scenes, its generally questionable why anyone would include them on a soundtrack, especially when other tracks on the soundtrack are so incredibly strong. While Reznor and Ross’ work likely can never be categorized as “traditional,” these tracks are the closest they get into what some might consider “general underscore.”

The Verdict: Reznor and Ross are truly the faces of high-concept electronic soundtracks, and Watchmen: Vol. 01 continues that legacy. In 2010, the world seemingly freaked out over Daft Punk’s Tron Legacy Soundtrack (released that December), but it was Reznor and Ross’ The Social Network OST, released months before (in September) that started the trend. The duo have managed to take their iconic sound from pop radio to the Oscars and right back to well-thought out and perfectly matched visual soundtrack. All we need is for Reznor to start singing, and it would seemingly feel like 1994 again — in the best way possible. Perhaps the most interesting thing will be to see if essential tracks like “NUN WITH A MOTHERF*&*ING GUN” will beat out Reznor and Ross’ most streamed track to date, “In Motion” from The Social Network, which currently has over 6 million streams.

Essential Tracks: “NUN WITH A MOTHERF*&*ING GUN”, “OBJECTS IN MIRROR (ARE CLOSER THAN THEY APPEAR)”, and “NEVER SURRENDER.”