The Pitch: One Christmas morning in a quaint Midwestern town in 1909, Jim Dear (Thomas Mann) gifts his wife Darling (Kiersey Clemons) with an adorable Cocker spaniel she names Lady (voiced by Tessa Thompson). After a few years as the Dears’ loyal, sophisticated housepet, though, Lady senses that the impending arrival of Darling’s new child will leave her without a home. One terrifying dogsitting stint from nosy cat lover Aunt Sarah (Yvette Nicole Brown) later, and Lady’s out on the street with nowhere to go; luckily for her, she runs into a cocky mutt with no name (voiced by Justin Theroux) and an equally independent perspective on life. Sparks fly, dogs kiss over noodles, you know the rest.

Isle of Dogs: As Disney remakes go, Lady and the Tramp is certainly one of the more inoffensive of the bunch. It’s fitting that it’s headed straight for streaming (as part of Disney+’s opening slate), since everything about Charlie Bean’s remake of the 1955 original screams a kind of warm, gentle safeness. It’s a warm blanket disguised as a motion picture, focus-tested and guaranteed to not ruffle feathers (or fur) while making sure children don’t lose the script. It feels made for TV, for lack of a better term, and perhaps its best to judge it on those terms. Some of the cinematography is pleasantly warming in its amber glow, and Bean’s history as an animator makes for some clear, matter-of-fact visual language.

But even then, there’s something off about the sickly-sweet treacle on display, which doesn’t feel this pronounced even in the 60-year-old film to which it’s paying homage. Part of it is the dogs themselves: while the real Lady and the Tramp (and the rest of their canine coterie) are portrayed by adorable real-life dogs — Lady, a spirited cocker spaniel named Rose, and Tramp a schnauzer-shepherd mix named Monte — their voices are accented by CG animated lips and facial movements that only occasionally divert. To their credit, Thompson and Theroux throw themselves into spirited voicework, evoking the kind of easy romantic chemistry of the original. But by the time you get around to seeing two real dogs slurp the same spaghetti noodle until their lips meet, the eerieness of the effect takes you out of it. (Which is a shame, because otherwise the “Bella Notte” scene is one of the film’s rare highlights.) 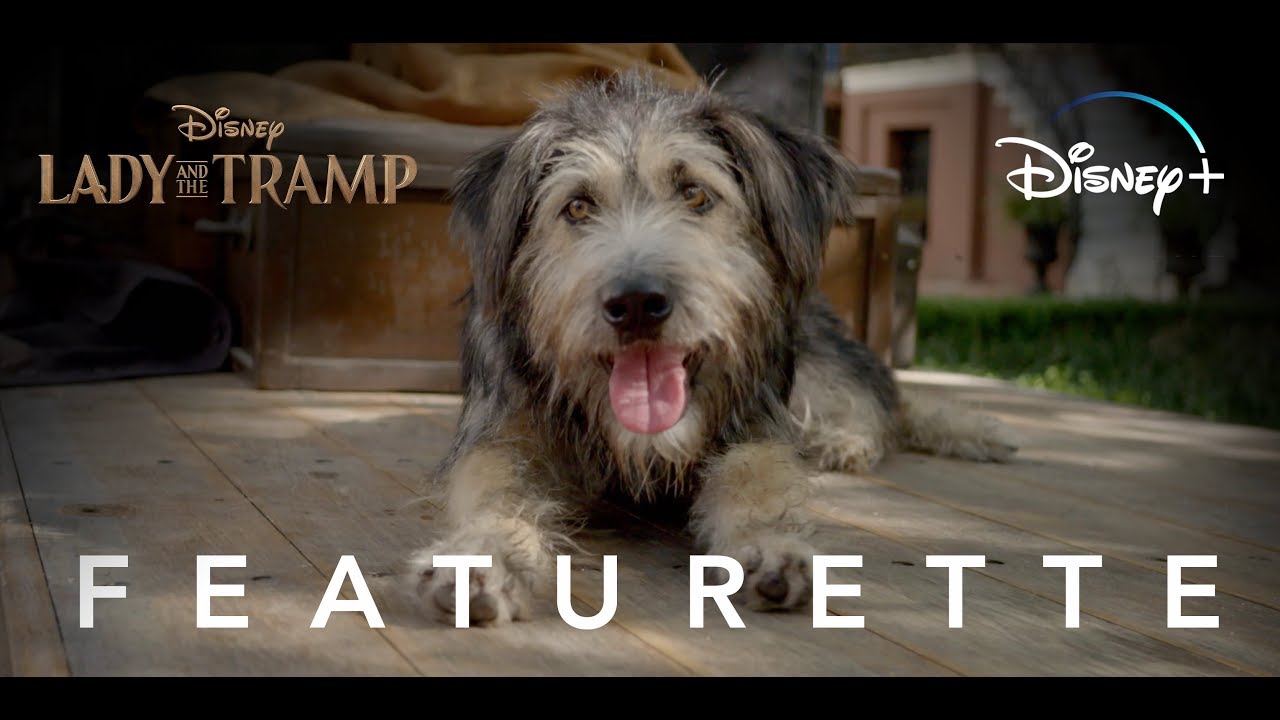 If You Don’t Please: The rest of the cast fares little better. As Aunt Sarah, Brown gets little to do but frenzied pantomime schtick; Mann and Clemons are stuck as the pleasant bores who love Lady with all their heart, and that’s about all we see. The other dogs don’t get used as much as one would like, with Sam Elliott’s Trusty and Ashley Jensen as a female Jock only around for the occasional quip. Janelle Monáe crops up as the Pekinese Peg, who offers a rousing (if disturbingly sultry) version of “He’s a Tramp,” and she at least throws herself into the material like a dog chasing a bone.

As for the original’s most controversial (and poorly aged) scene, screenwriters Andrew Bujalski (Support the Girls) and Kari Granlund correctly recognize that 2019’s probably a bad time to bring back the Siamese cats and their accompanying “We are Siamese, if you please” song. But like John Legend’s proposed replacement lyrics for “Baby It’s Cold Outside” (“It’s your body and your choice”), what they do instead is hardly entertaining — now, Aunt Sarah’s Siameses crop up for a limp, jazz-infused ditty that goes in one ear and right out the other. 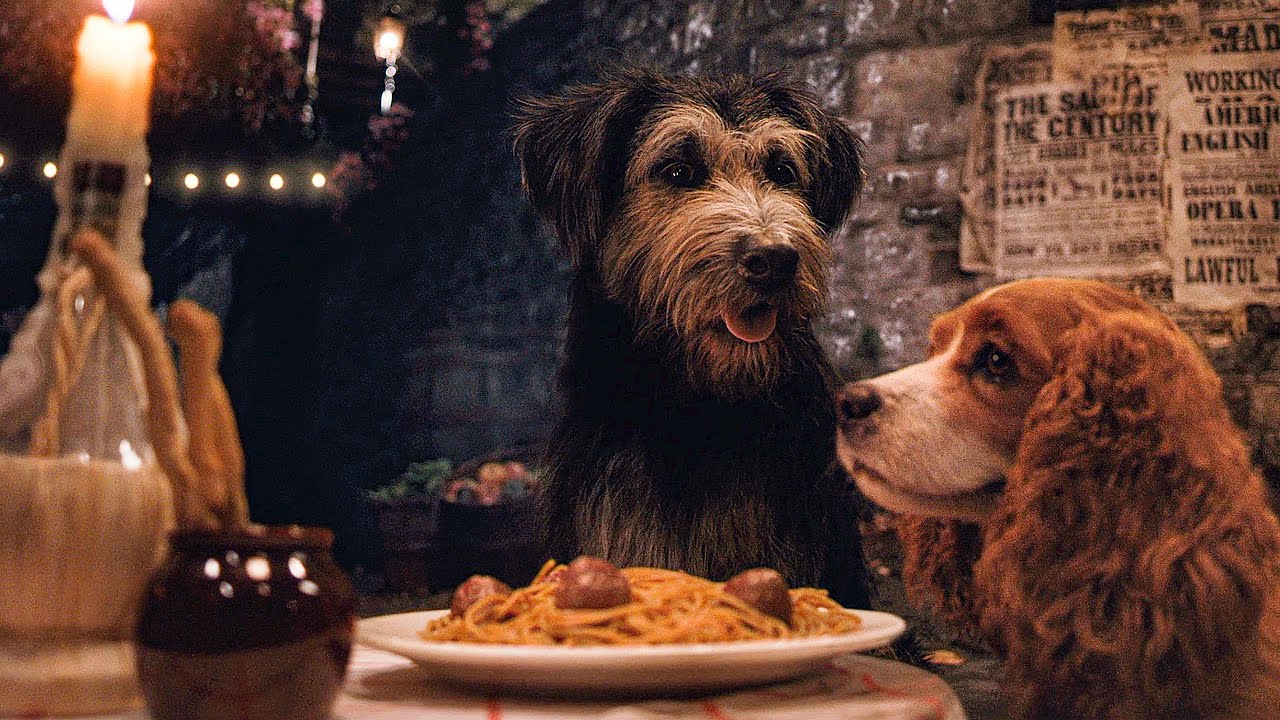 Homeward Bound: It might feel weird to say for a Disney+ film, but this version of Lady and the Tramp actually lacks the thematic complexity of its ’50s inspiration. Go back and watch the original, and you’ll see some interesting exploration of class amongst its animal antics, with two dogs from different sides of the tracks learning to reconcile their differences. Here, there’s just some pablum about celebrating your independence, but also learning the value of finding a family. Lady’s more outspoken here, which makes her character more active but blunts any lessons she might have to learn as a babe in the woods. The Tramp, meanwhile, is effectively rewritten as a canine fuckboi: his major beef is that he’s not a ‘relationship’ guy (“I’m free to be myself, and I’m free to be ‘by’ myself”). And all of it is painted over with the aggressively pleasant staging and colorblind casting that’s a breath of fresh air from a representation standpoint, but whose presence adds substantively little to the proceedings.

The Verdict: With Disney+’s release, Lady and the Tramp is put in the curious position of coming out the same day as its inspiration hits streaming for the first time. To that end, viewers have the intriguing dilemma of having both available to watch on the same service: which will they choose? Either way, you’ll have a pleasant, if tooth-achingly sweet time with whatever version of Lady and the Tramp you choose to enjoy. Maybe you can sit your kids down in front of both and give them an early lesson in what is gained — and lost — in the art of adaptation.

Where’s It Playing? Lady and the Tramp canoodles over noodles on Disney+ when it launches November 12th.