Kid Rock wants the world to know he is not a fan of Oprah Winfrey … or Joy Behar, or Kathie Lee Gifford, for that matter. The rocker went on a profanity-laced tirade about all three talk-show hosts during a drunken rant at his own Honky Tonk bar in Nashville last week, and the whole thing was captured on video.

Oprah is one of the most beloved celebrities of all time, while Kid Rock is … well, Kid Rock. While he didn’t really give any specific reason for his hatred of Oprah, the pair are opposites on the political spectrum. Kid Rock has long pushed a right-wing agenda, while Oprah has long leaned liberal.

In video obtained by TMZ, Kid Rock is seen struggling to stand up straight, with mic in hand, delivering a rambling, incoherent speech at his bar. At one point, he said, “Oprah Winfrey, she’s like, ‘I’m gonna get white women to believe in this shit.’ Well, f**k her, she can suck d**k sideways.”

He then goes on to insist he’s not a racist, as a woman in the bar screams, “This is racist!” The footage continues with Kid Rock trying to sing “Proud Mary” before eventually passing out on the stage, and being helped up by security.

Update – December 1st: Kid Rock has since addressed his disdain for Oprah Winfrey, tweeting, “My people tried to get me to do The Oprah Winfrey show years ago and her people wanted me to write down 5 reasons why I loved her and her show. I said f**k that and her. End of story.”

Earlier this year, Kid Rock went golfing with Donald Trump, calling the president “a great man.” Ironically, 20 years ago, Trump told Larry King that Oprah would be his top choice for Vice President if he ever decided to run. More recently, Trump admitted that any friendship he had with Oprah ended once he actually ran for president.

Watch Kid Rock’s obscene rant, and see his tweet addressing the incident, below. 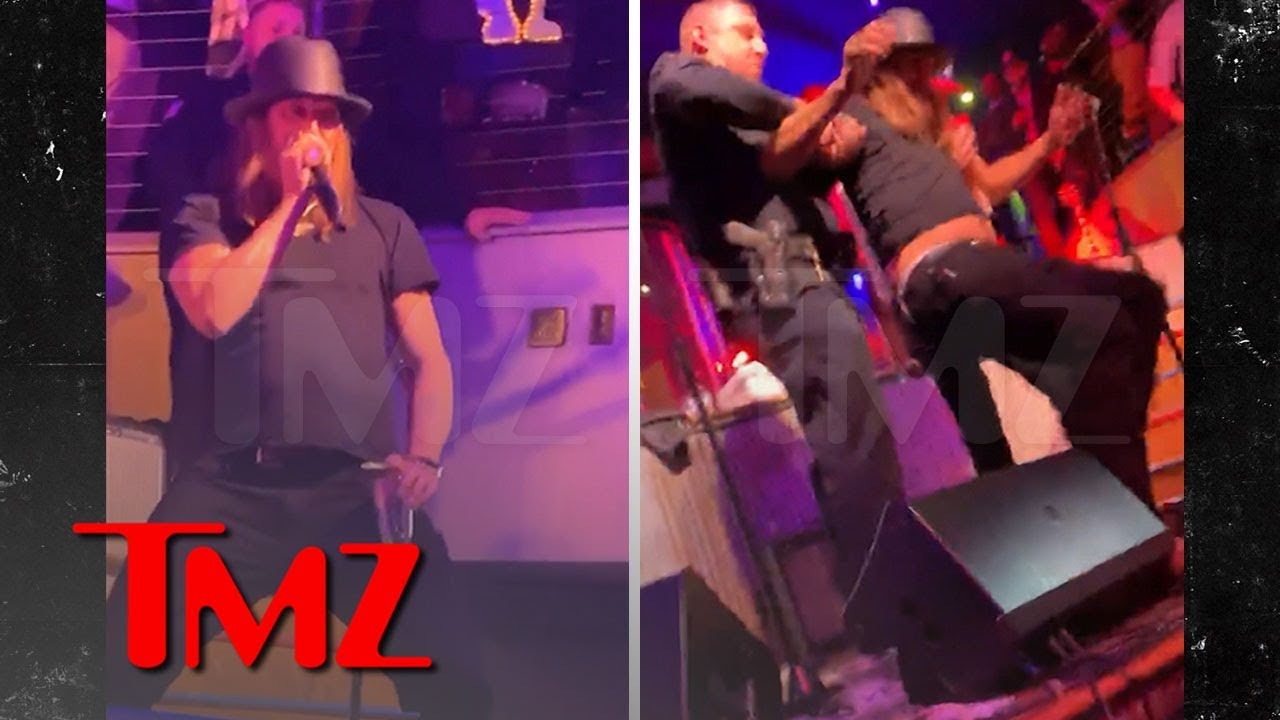 My people tried to get me to do The Oprah Winfrey show years ago and her people wanted me to write down 5 reasons why I loved her and her show…🏳️‍🌈 I said fuck that and her. End of story.