The highly anticipated first posthumous album from Leonard Cohen, Thanks for the Dance, is now available. The nine-track LP was spearheaded by his son, Adam Cohen, and you can listen to it below via Apple Music or Spotify.

Thanks for the Dance is comprised of leftover sketches and poems from Cohen’s final work, You Want it Darker, which Adam Cohen brought to collaborators to flesh out. The all-star list of contributing artists include the likes of vocalist Leslie Feist and Beck, who plays both guitar and Jew’s harp. Others involved in the project include Damien Rice, The National’s Bryce Dessner, Daniel Lanois, and Arcade Fire’s Richard Reed Parry.

The LP includes previously released singles “The Goal” and “Happens to the Heart”. After the latter was released, we reached out to artists to hear their thoughts on the incredible song and everyone from Margo Price to Cage the Elephant responded with touching tributes. (Heads up: it will make you emotional).

(Read: Leonard Cohen Does a Fitting Last Waltz on Thanks for the Dance)

Thanks for the Dance is a beautiful farewell from Cohen. As our own Jim Shahen said in his album review, “Each of the nine songs and poems that comprise Thanks for the Dance is a self-contained, coherent piece of art that perfectly fits in the Cohen canon, making it a worthwhile listening experience and a poignant farewell from one of music’s greatest and most eloquent writers.”

Next year, an exhibition celebrating Cohen’s life and work is coming to New York. The exhibition, titled Leonard Cohen: A Crack in Everything, was originally presented by the Musée d’Art Contemporain de Montréal. Taking to the road next year, the exhibit will first appear at the Jewish Museum in Manhattan from April to September, and then in Copenhagen and San Francisco through 2021.

Thanks for the Dance Artwork: 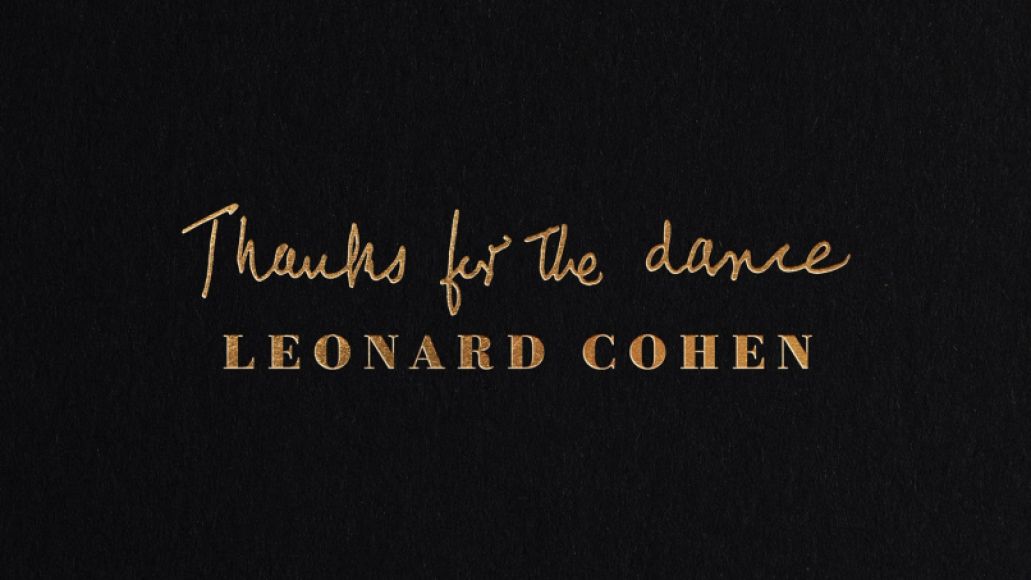 Leonard Cohen’s posthumous album Thanks for the Dance arrives: Stream