Ozzy Osbourne delivered his first live performance of 2019 on Thursday night, joining Post Malone in concert for their collaborative track “Take What You Want”.

While it was announced that Ozzy would perform the song with Malone and Travis Scott at the American Music Awards this coming Sunday (November 24th), the metal legend’s appearance at Posty’s sold-out show at The Forum in Los Angeles came as a pleasant surprise to fans in attendance.

In the fan-filmed clip below, fans can be heard screaming as they realized Ozzy was taking the stage during the first notes of the song. Despite a rough year in which he postponed all of his 2019 tour dates due to illness and injuries, the Prince of Darkness sounded pretty solid, delivering the haunting chorus to “Take What You Want”.

Update 11/26: Ozzy has shared a professional-shot video clip of the performance. Watch that below.

At the end of the song, Ozzy embraced Post Malone and Andrew Watt, the producer who plays guitar on the track, as Posty yelled, “Ladies and gentleman, f**king Ozzy f**king Osbourne!”

At around the same time Ozzy performed with Posty, the metal icon released his latest solo single, “Straight to Hell”, which features Slash on lead guitar. Ozzy’s new solo album, Ordinary Man, is due in early 2020.

Ozzy will be back on the road in 2020, embarking on his rescheduled North American and European tours. Pick up tickets here.

Watch Ozzy performing with Post Malone and Andrew Watt at The Forum below: 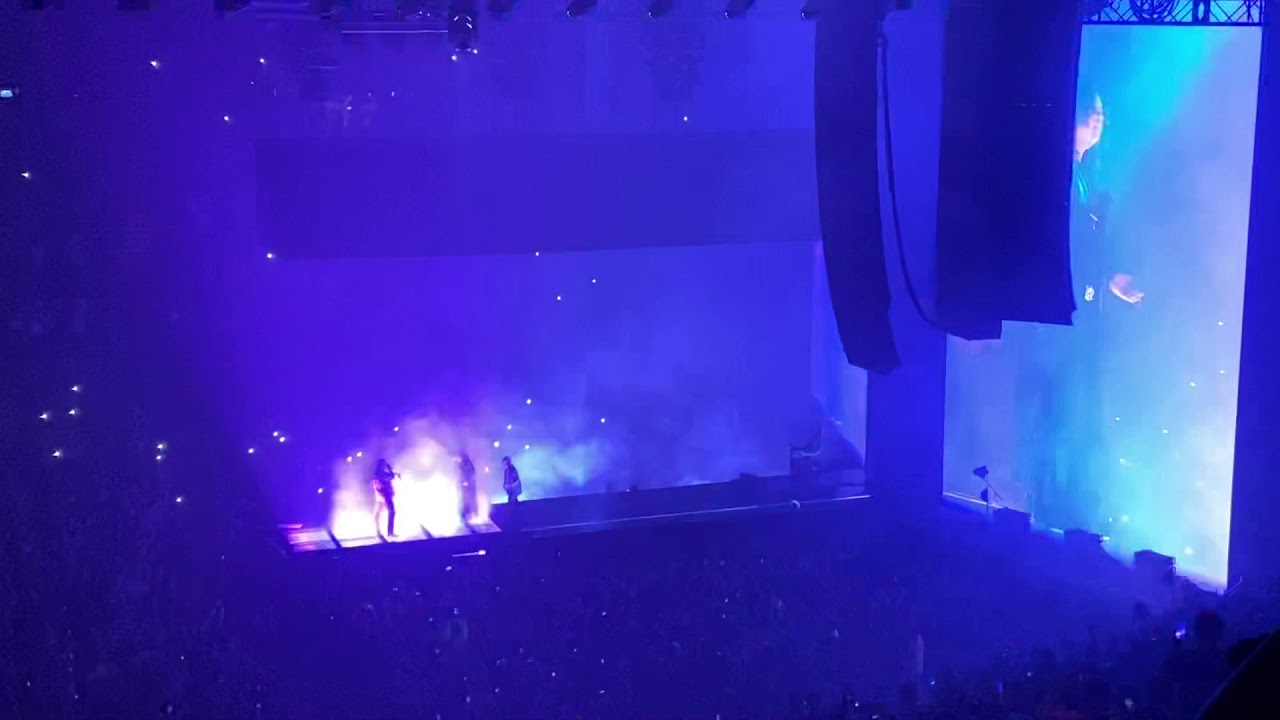