When Stephen King published his first novel, Carrie, on April 5, 1974, the New England author unknowingly caused a rift in genre storytelling and filmmaking that has yet to zip back up. Since then, he’s published nearly 100 works and sold over 350 million copies, all of which have spawned countless films, miniseries, and television shows.

Some have been great, some have been awful, some shouldn’t even be allowed to use the original title. When you have an oeuvre that deep and licensing that expansive, it’s understandable why quantity would triumph over quality. Still, when filmmakers do connect with King’s work, it often conjures up something iconic and masterful.

“I love the movies, and when I go to see a movie that’s been made from one of my books, I know that it isn’t going to be exactly like my novel because a lot of other people have interpreted it,” King previously stated. “But I also know it has an idea that I’ll like because that idea occurred to me, and I spent a year, or a year and a half of my life working on it.”

That’s the allure of his many adaptations. Even at their worst, they all work off ideas that were at one time unique and exciting enough to compel him to write 400 or 1,500 pages about them. Having said that, we’re probably never going to revisit the bottom of this barrel ever again, which is why this feature should come in handy for you.

As for those Dollar Baby shorts, well, you’re on your own there. 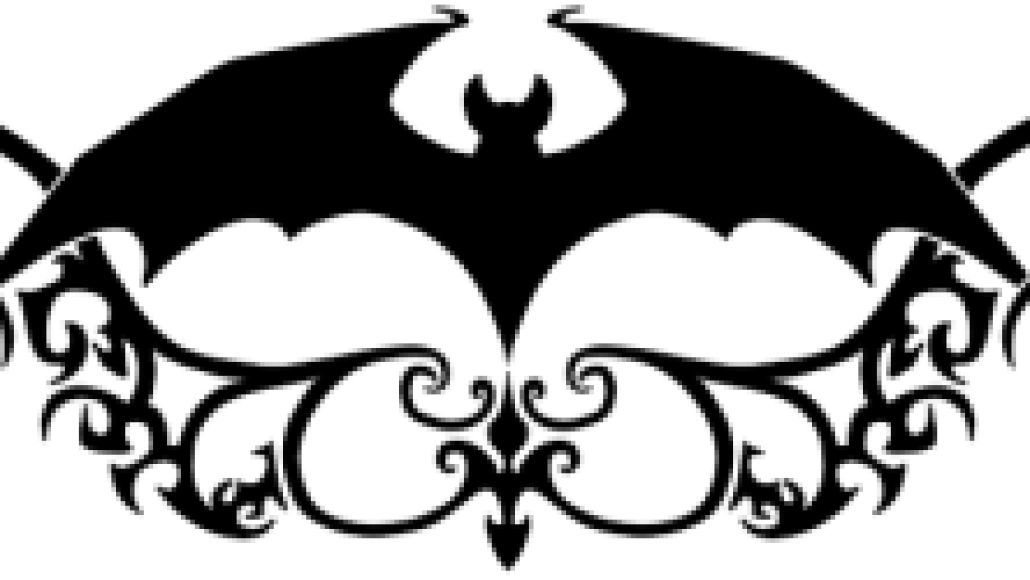 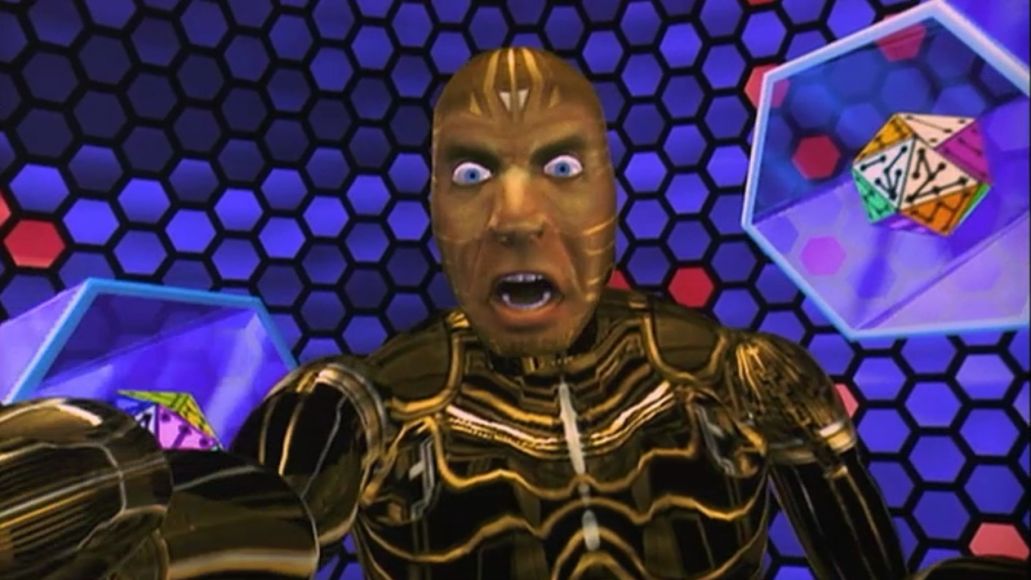 In the history of loose Stephen King adaptations, The Lawnmower Man has got to be the loosest. Taking only the most basic element of King’s story (a man who mows lawns) and shoehorning in King tropes of creepy religious imagery and abusive fathers, The Lawnmower Man is actually based on the script Cyber God, written by director Brett Leonard and producer Gimmel Everett. A sci-fi take on Frankenstein, the film features some very cool and (at the time) state of the art special effects that takes the audience into the world of virtual reality. New Line eventually relented and removed King’s name from the film. For the purposes of this list, though, it answers the question: “When is a Stephen King adaption not a Stephen King adaptation?”

King’s Consensus: Well, the film strayed so far from the source material that King went on to sue the filmmakers to remove his name from the title. Despite two court rulings in his favor, New Line still released the home video version as Stephen King’s The Lawnmower Man. On King’s own site, the film remains unlisted among adaptations based on his work. In sum, he hates it. 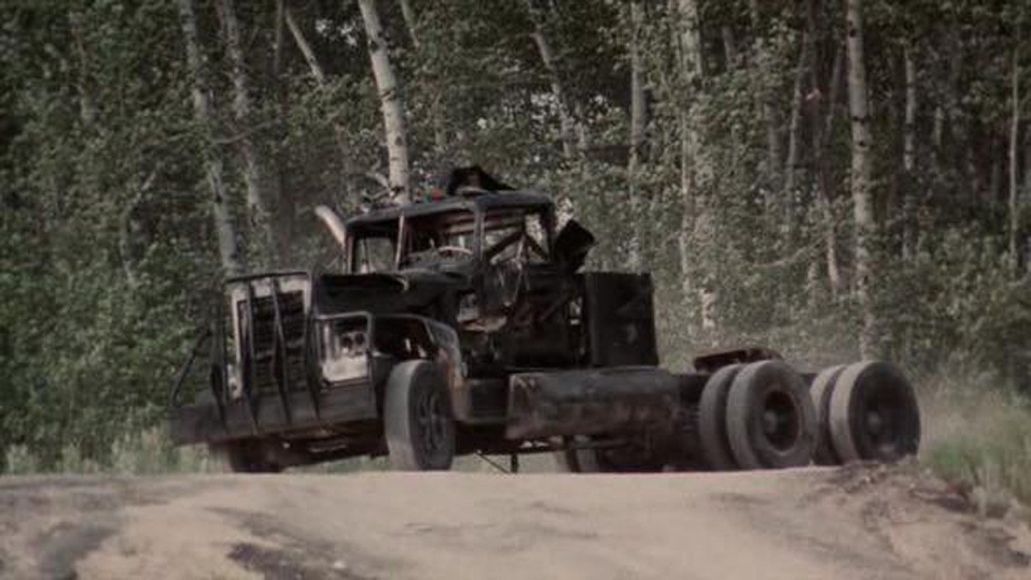 Maximum Overdrive is an absurd, over-the-top adaptation of “Trucks”, a subdued Night Shift story that’s both ambiguous and despairing. It’s considered one of the worst Stephen King adaptations of all time, so it’s telling that the story’s other film adaptation is even lower on this list. Trucks is a TV movie from 1997 starring Timothy Busfield that’s almost more absurd than Maximum Overdrive in conception—holistic mumbo-jumbo attempts to explain away the living cars—but not nearly as violent, silly, or stupid. Really, this thing is an absolute snorefest; the best part is a tonally inconsistent sequence where some dude on the street is slowly, painstakingly killed by a tiny RC monster truck. I never thought I’d say this, but I really wish a coked-out King directed this one, too. 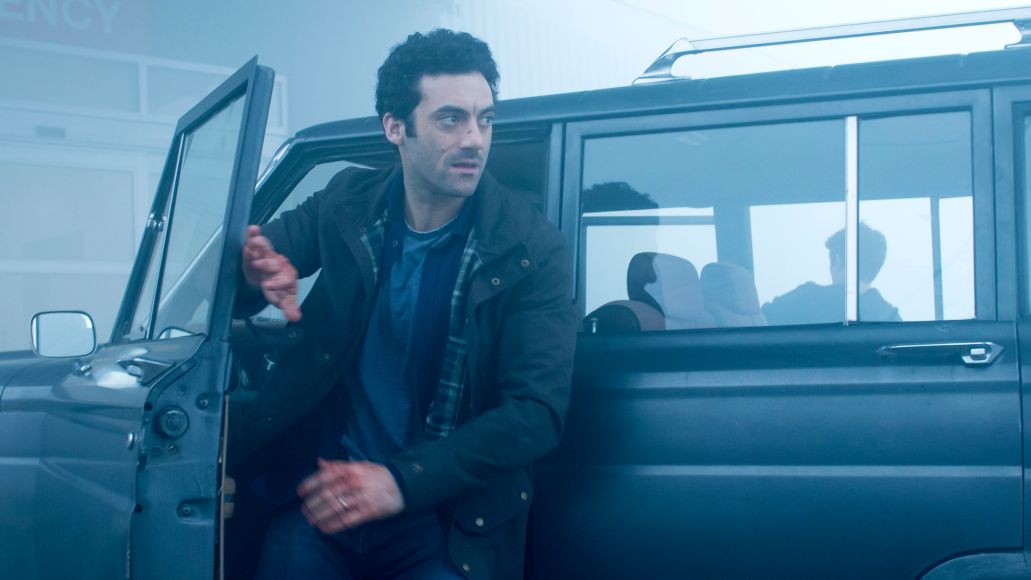 On paper, it seemed like a good idea: King’s Skeleton Crew novella “The Mist” is a story ripe for serial television, chock full of memorable characters that must try and survive an impossible situation that is literally shrouded in mystery. It’s like The Walking Dead, what with all the dread and savage humanity, only with far more possibilities because anything can happen in the mist. Spike TV fumbled big time, though, as showrunner Christian Torpe took all the menace and characterization of Frank Darabont’s 2007 adaptation and funneled it through cheap CGI scares and insufferable archetypes. Now, more often than not, the worst of the King adaptations are saved by a capable cast or carried to the finish line by concept alone, but both lack so much imagination here that you find yourselves wishing for a bullet like Thomas Jane in the original. Woof.

King’s Consensus: “THE MIST TV series premieres on Spike, June 22nd. You might want to mark it on your calendar. It’s really good.” –Twitter, June 2017 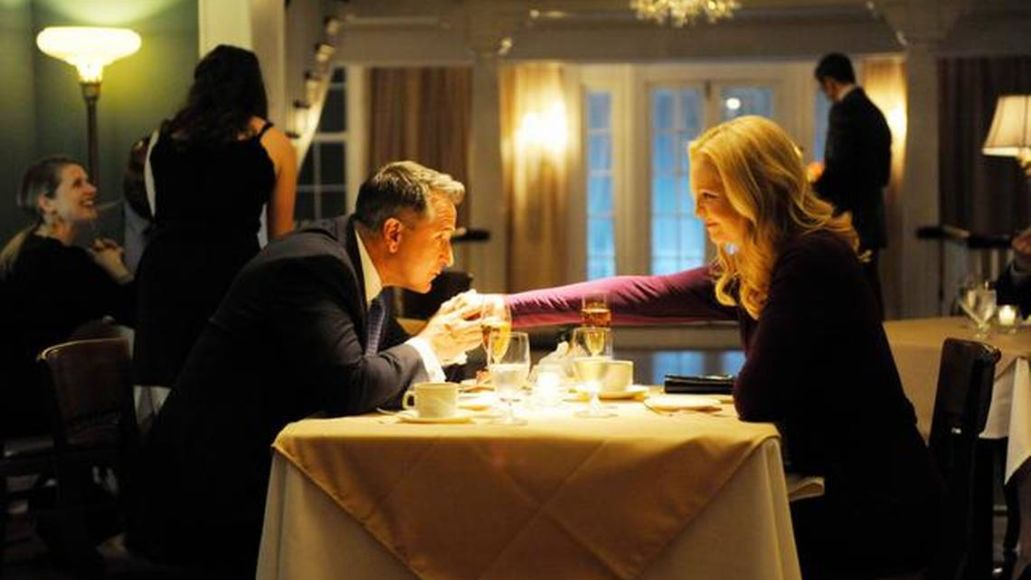 Full Dark, No Stars, King’s 2010 short story collection, deals with themes of vengeance, and while A Good Marriage isn’t exactly one of its better stories, it still has all the trappings of a decent flick. So, when it was announced that there would be a film with Joan Allen and Stephen Lang on board, intrigue settled in. Unfortunately, this film turned out to be a by-the-numbers Lifetime special, complete with one poorly fleshed-out family, awkward sexual tension, and a great collection of coins! The direction is sophomoric, and some of the interplay between Anthony LaPaglia and Allen is downright cringeworthy. This is also Stephen King’s first screenplay in 25 years, and it shows. In the end, you’re better off divorcing yourself from A Good Marriage. 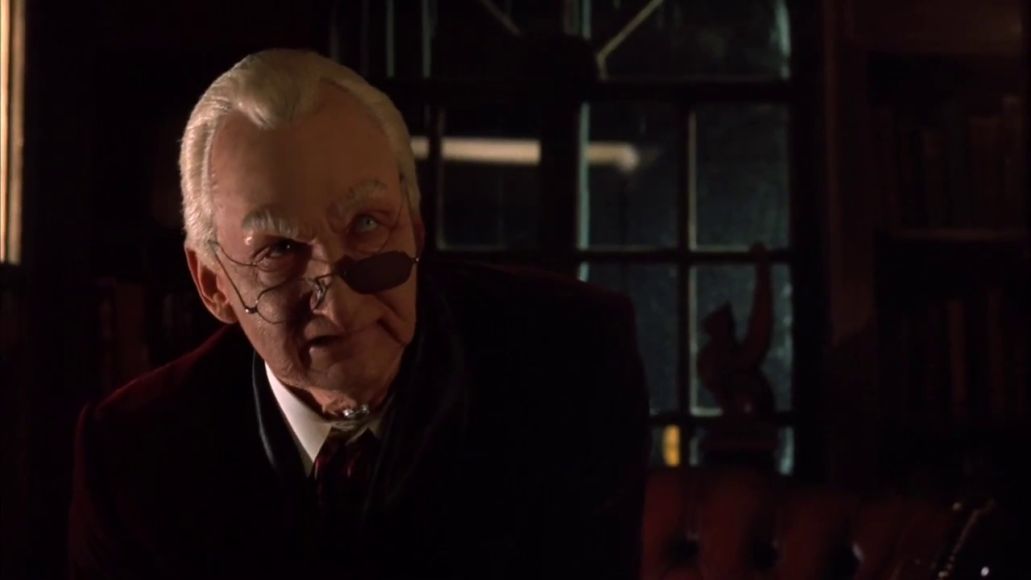 Tobe Hooper directing. Robert Englund starring. A Stephen King story. What could possibly go wrong? Let’s break it down: We have a director in Hooper well past his Texas Chainsaw prime. We get an Englund performance that is so cartoonish, it makes his take on the titular character in Freddy’s Dead seem as restrained as Gunnar Björnstrand in Ingmar Bergman’s Winter Light. To top it off: the short story in which its based (about a haunted laundromat presser) is kinda lame! A bad supporting cast, a laughable “twist” ending, and some howlingly bad CGI and you get a mangled mess of a movie.

King’s Consensus: “Tobe Hooper, who directed it, is something of a genius…The Texas Chain Saw Massacre proves that beyond doubt. But when genius goes wrong, brother, watch out. The film version of ‘The Mangler’ is energetic and colorful, but it’s also a mess with Robert (Freddy Krueger) Englund stalking through it for reasons which remain unclear to me even now. … The movie’s visuals are surreal and the sets are eye-popping, but somewhere along the way (maybe in the copious amounts of steam generated by the film’s mechanical star), the story got lost.” —Stephen King Goes to the Movies, 2009 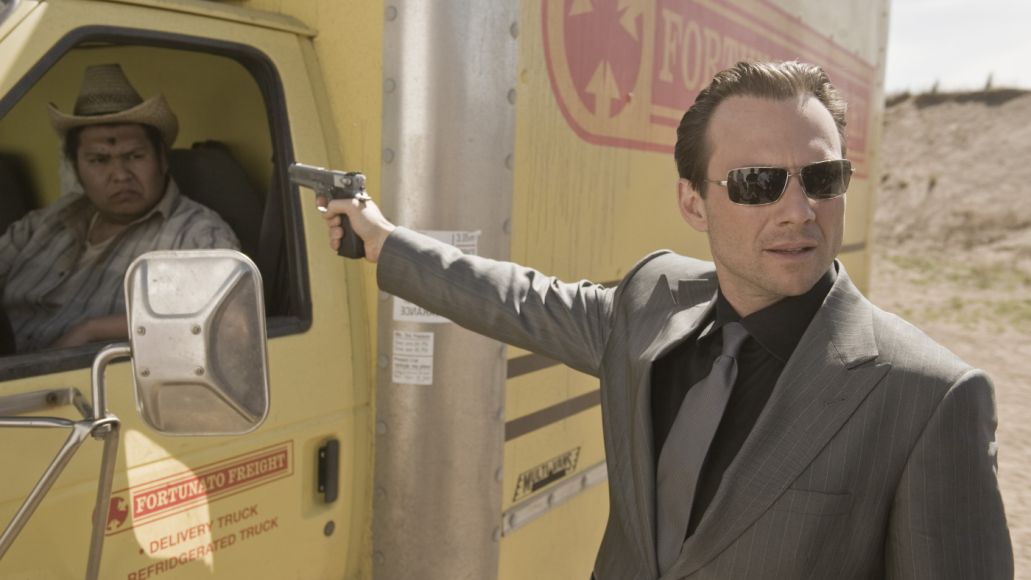 Christian Slater has saved many films in his life, but Dolan’s Cadillac is not one of them. Jeff Beesley’s 2009 adaptation of King’s Nightmares and Dreamscapes short story is a sleazy genre affair that suffers from garish overacting and a total lack of self-awareness. Essentially, it’s a would-be hard-boiled revenge story, only its tires go flat right out of the gate without a spare in sight. Think back to the premise of James O’Barr’s The Crow, strip out the gothic overtones,replace them with some desert raunch from a flu-rattled Joe Carnahan, and, well, there you are. Had Beesley gone for a lead with a little more chutzpah than Wes Bentley, this might have fared differently, but as it is, Dolan’s Cadillac is a predictable waste of time. 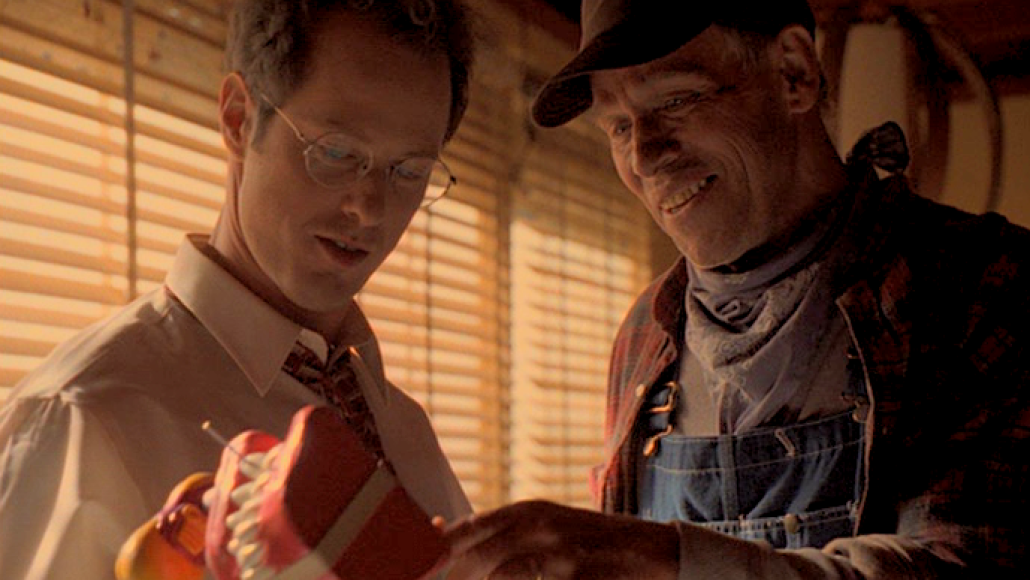 The King half of this made-for-TV anthology movie — the other half belongs to Clive Barker — isn’t much to write home about (and to be fair, neither is the Barker half). It’s oddly shot with performances that range from wooden to deeply silly, and frequent King interpreter Mick Garris takes every opportunity to say “THIS IS SPOOKY” that he possibly can (wait for the vulture shot — it’s not 10 minutes long, but it feels it.) Still, you can’t call a movie where a malevolent hitchhiker gets brought down by a pair of chattering toy teeth dull, so it has that going for it. 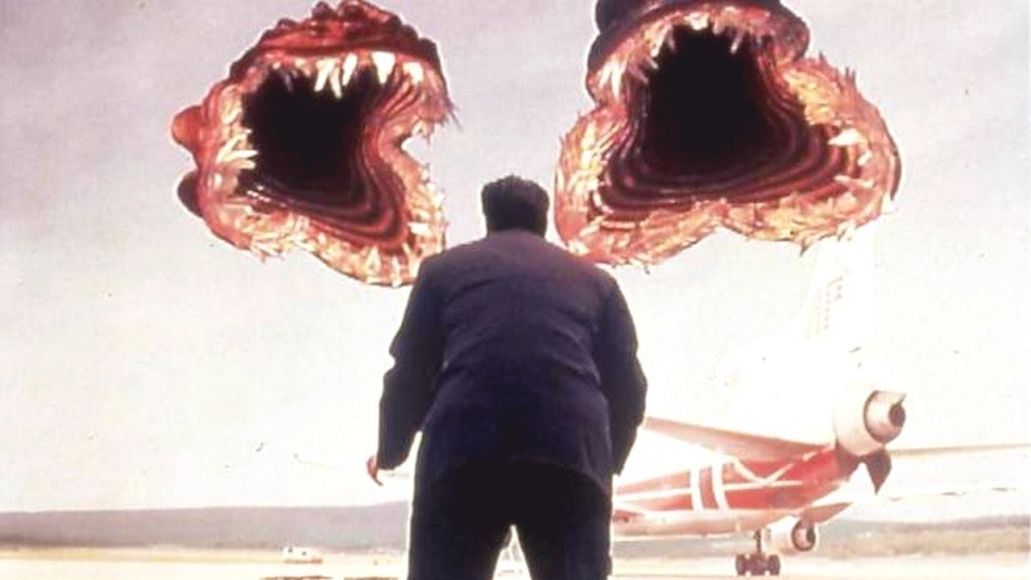 King’s stories had found a new place to flourish in the ‘90s: television. After the success of ABC miniseries adaptations of IT and The Stand, things were looking up for TV King to wear the crown for the rest of the decade. Then The Langoliers happened. Unrecognizably directed by Tom Holland (Child’s Play, Fright Night), this adaptation from King’s Four Past Midnight has a cast that looks ready to bail ASAP. The lone exception is Bronson Pinchot, who looks thrilled to abandon his Balky persona. Bad, bad “Langoliers” special effects and one of the worst freeze-frame endings of all time contribute to this entry landing near the bottom of our list. 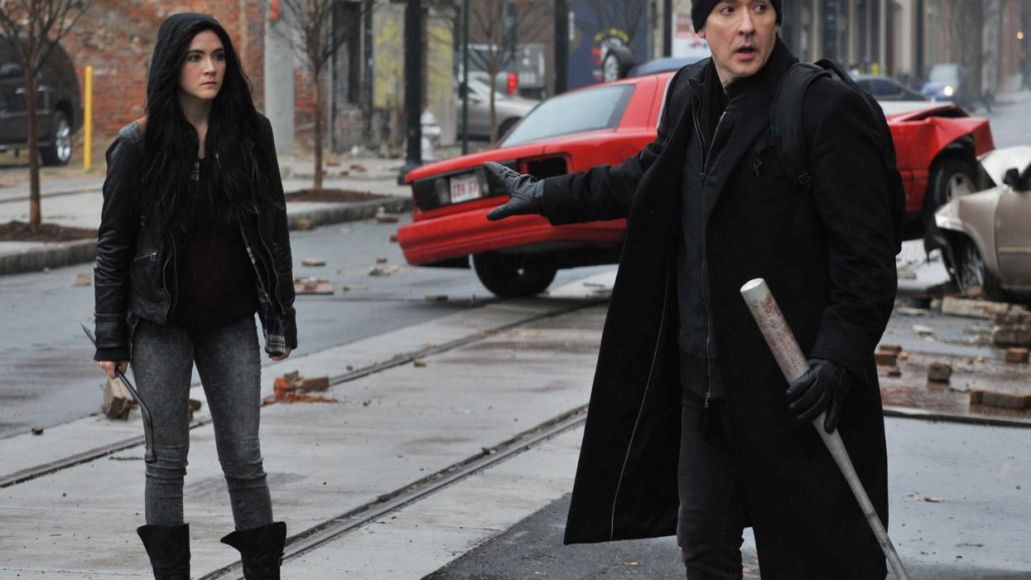 King often receives hell for his endings, but rarely does he fumble on the half-yard line. Such is the case with Cell, his 2006 zombie homage that essentially finds the author answering a call from one of his own deadly constructs about 150 pages into the story. Because what follows an incredibly strong start — one of his best, if we’re being fair to the author — is a frustrating downward spiral of logic and plotting. Naturally, that chaos extended to Tod Williams’ 2016 film adaptation as King returned to write the screenplay, rewriting the ending yet retaining all the annoying quirks that plagued the source material. What’s worse, the film reeks of VOD cheese, so much so that you start wondering if 1408 co-stars John Cusack and Samuel L. Jackson might be better off answering one of the phones themselves. We all should. 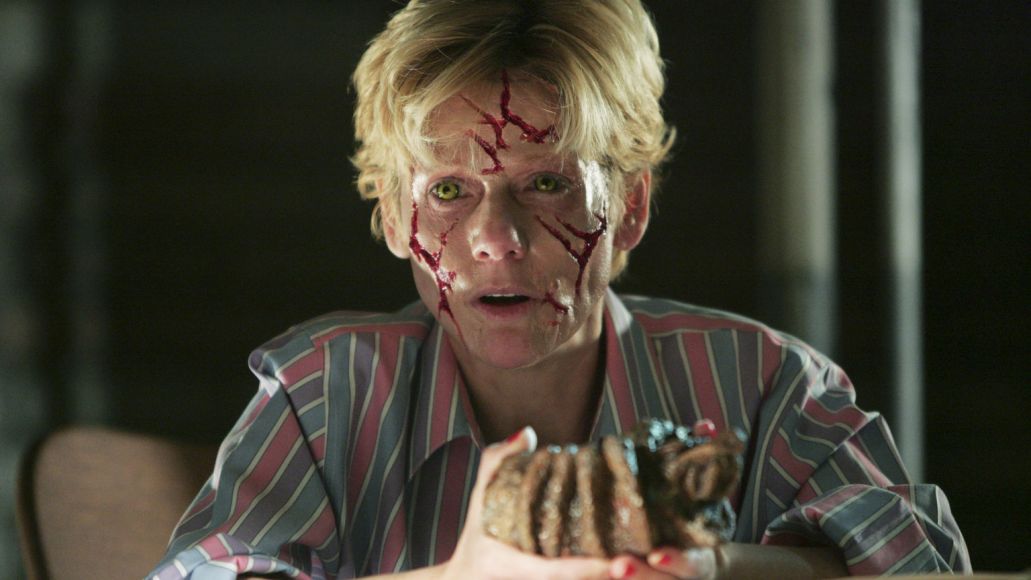 With Desperation, director Mick Garris returns to the King universe once again with another stellar cast, this time made up of Ron Pearlman, Tom Skerritt, Annabeth Gish, Henry Thomas. Sadly, not one of them can save this strange story: An ancient evil, Tak, is unleashed on the small town of Desperation after miners accidentally disturb its lair in an old mine dug by Chinese immigrants 150 years prior. At times, it feels like Garris is trying to make a propaganda film about believing in God, only the message gets crushed under the weight of a story despite its two hour and 10 min runtime. Originally shot in 2004, the story was to be released as a two-part miniseries, but was burned off in 06’ in one fell swoop against American Idol. Needless to say, King was not thrilled. Maybe we can undo the wrongs of this film with an adaptation of its sister book, The Regulators? Eh, probably not.

Ranking Stephen King: Every Adaptation from Worst to Best