The Raconteurs have shared a new video from Help Us Stranger, their first album in 11 years. Directed by Ben Chappell, the clip for “Somedays (I Don’t Feel Like Trying)” follows the garage rock supergroup as they wander through famed Wisconsin tourist attraction House on the Rock.

Opened in the 1950s and designed by Alex Jordan Jr., House on the Rock is known for its complex layout and bizarre decor. In the video, members of The Raconteurs check out the attraction’s various rooms and even perform alongside some of its creepier mannequin-like fixtures. Check it out for yourself below.

The Raconteurs — that’s Jack White, Brendan Benson, Jack Lawrence, and Patrick Keeler — are currently on the road touring behind Help Us Stranger. Their dates include North American shows as well as festivals like Corona Capital in Mexico. Grab your tickets here.

In recent Third Man Records news, the label just launched a podcast dedicated to all things The White Stripes. 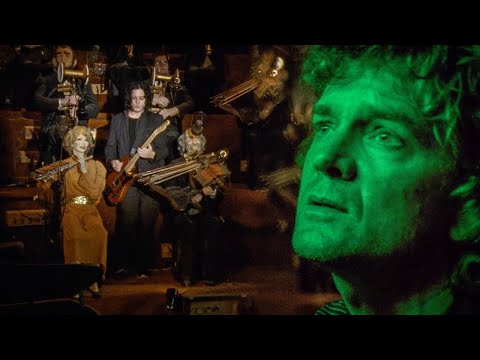 The Raconteurs explore House on the Rock in new video for "Somedays (I Don't Feel Like Trying)": Watch