The Pitch: Not explicitly based on — although thoroughly influenced by — the real life of its screenwriter Shia LaBeouf, Honey Boy charts the relationship and eventual fallout between a child star and his father. In the present day, Otis (Lucas Hedges) is a troubled twenty-something action star who winds up in therapy after crashing his car. His counsellor suggests that he’s showing symptoms of PTSD, which he seems inclined to laugh off.

When the film flashes back to the mid-’90s, though, the likely source of these symptoms quickly becomes apparent: Otis’s father on set guardian. James (LaBeouf), a veteran, former rodeo clown, and recovering alcoholic is charismatic and an intermittently adoring parent. But he’s also mean, abusive, and openly jealous of his rising star son, who seems to both adore and fear him in almost equal measure. With great care and compassion, Honey Boy traces the highs and many lows of their life together.

A Gentle Hand: Given the subject matter — especially the extremely personal circumstances of its creation — Honey Boy could have ventured into gross exploitation under the wrong guidance. But the empathetic and curious way that award-winning documentarian and music video director Alma Har’el has always handled her real-life subjects translates very well to their crafted counterparts in her fictional feature debut. Instead of tabloid fodder, we get tenderness, and Har’el’s eye for physical performance isn’t lost in this film, either. A child performing basic slapstick has never looked so lovely.

On James: LaBeouf demonstrates a similar level of prudence and subtlety in his work as a writer and performer. The character of James in the film could have easily — and pretty understandably — become a source of catharsis or payback for someone mining as much from their own life as LaBeouf does for Honey Boy. But neither James’ writing nor realization ever render him as less than a complete and extremely complicated human being. And the film is much richer for this resistance to turn the father figure into a caricature. Or to valorize the adult Otis’ behavior in his wake. (That said, anyone who is still struggling to process their feelings for their own abuser should probably avoid Honey Boy, which is quite possibly a work in progress itself.) 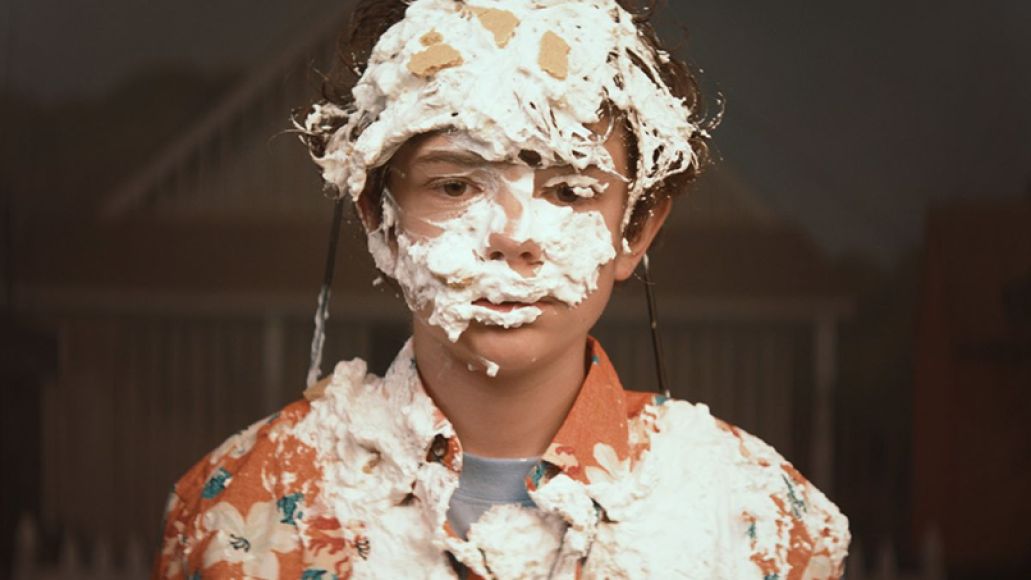 On Trauma: Thanks to the nuance inherent in its direction, story, and performances, Honey Boy comes much closer to rendering trauma and its aftermath as it is experienced than how it is often portrayed in narrative fiction. Sure, it’s painful and there are moments that are purely tragic. But it is, like everything else about life, complicated. There are moments of humor, grace, and joy. There is love as well as hate to work through. That’s part of what makes trauma and grief so hard to work through. It’s not black and white. No, trauma is inordinately complex, which is why Honey Boy untangles it slowly, capturing both the cause and the impact of Otis and James’ respective grievances. It’s every bit as messy and multifaceted to watch as it feels to live through, and rest assured, it’s downright heartbreaking.

An Explanation, Not An Excuse: Another welcome byproduct of Honey Boy’s wide-ranging take on its subject matter and characters is that it makes no efforts to exonerate or underplay Otis’ current actions. The behavior that lands him in therapy is dangerous and hurtful, and learning why he might be acting out in this manner does not change or mitigate that fact. Nor does our insight into James’ own background make what he’s done to young Otis okay. In hindsight, there’s a whole other conversation to be had about what allows some artists, like LaBeouf, a chance to work through their own harmful behavior in their work while others will never be afforded the opportunity. But at least he’s done some truly thoughtful and thought-provoking with his circumstances and resources.

The Verdict: At turns funny and harrowing, lyrical and stark, Honey Boy is a clear-eyed take on toxic family dynamics, fame, emotional and physical abuse, and accountability. It’s a rare treat to see characters and their pain taken so seriously and treated so delicately.

Where’s It Playing? Honey Boy opens in limited release on November 8th, and is expected to expand to more theaters thereafter.