Had this list been written 10 years ago, it would have looked very, very different. The films mentioned would have been more off-beat and niche, many recognizable as comic book adaptations only to the deepest of geeks. (I still remember walking out of 2003’s Daredevil and having a friend say, “I didn’t know that was based on a Marvel comic.”) Now is a post-Avengers world, however, and the superhero movie is Hollywood’s dominate force.

Which is why, in putting together this list, it was a bit of a struggle to diversify outside of the Marvel Cinematic Universe. Under the powerful mouse ears of Disney, Marvel simply exploded the industry. The benchmark for a successful blockbusters is now 10-digits long, the concept of a straight sequel has been replaced with the interconnected universe ideal, and audience expectations of quality are higher than ever. While the upside to this has been the truly remarkable MCU, the downside is a decrease in diverse stories and risk taking.

That’s not to say there haven’t been some great non-Marvel, non-DC productions made since 2010. From Swedish coming-of-age films to financially frustrated cult classics, there were plenty of smaller standouts birthed from the neighborhood comic shop. Only too often did studios attempt to ride Marvel’s wave, and too often they crashed numbingly short. So while marquee superheroes may dominate this list, pay attention to some of the less familiar names, reminders that being different can yield the same results as following tried-and-true formulas.

There are hundreds of worthy properties still out there sitting on shelves — even in the Marvel and DC section — all waiting to be given the respectful, careful adaptations they warrant. These 25 films from the last decade set the standard they’ll have to meet. —Ben Kaye, News Editor 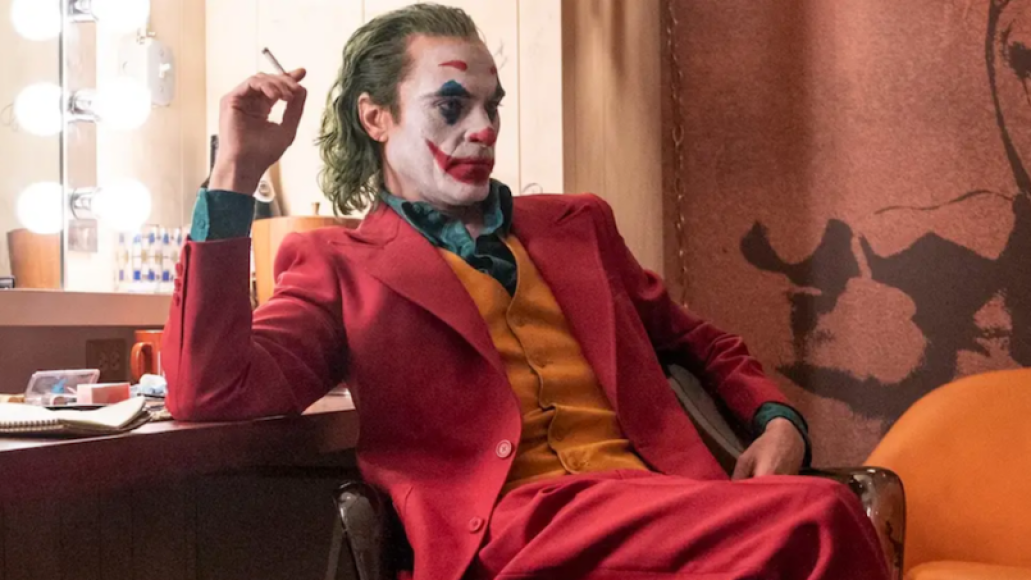 Warner Bros. didn’t seem to have any clue how to make good of their DC Comics properties for most of the decade. The unanticipated result of their go-for-broke interconnected universe failing to pan out was a willingness to take a risk on Todd Phillips’ character study of comicdom’s most iconic antagonist, Joker. Controversies aside, the movie delivers a brutal look at how one man’s mental illness leads him to anarchistic darkness. Taken with the Oscar buzz for star Joaquin Phoenix and the record-shattering $1 billion box office take, and you have one of the decade’s most successful adaptations on numerous levels. –Ben Kaye 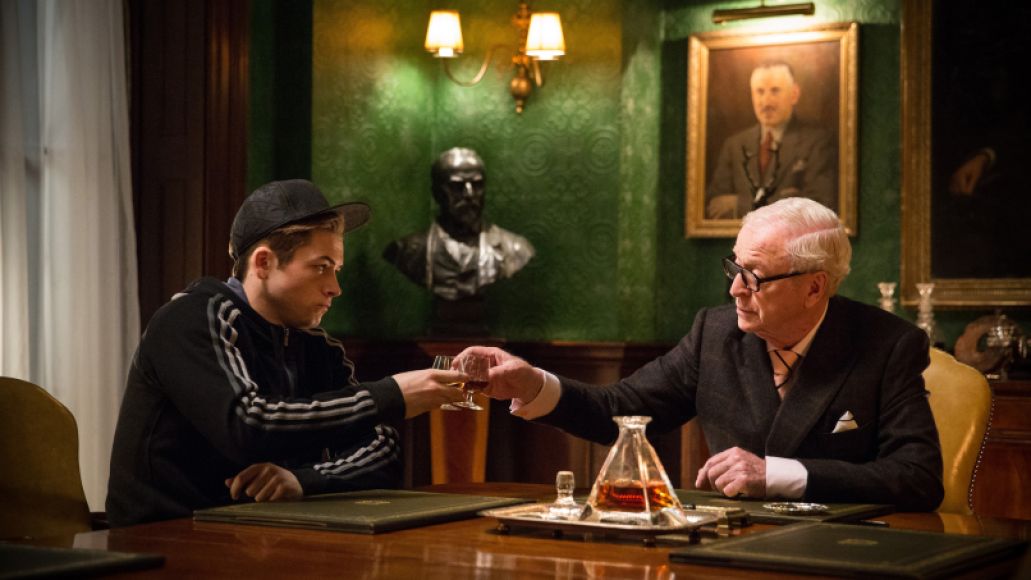 There’s something incredibly pleasing when something so completely left-field takes over culture for a moment. No one really knew what was coming with Kingsman: The Secret Service, but writer-director Matthew Vaughn and co-writer Jane Goldman deliver a slam-bang spy blockbuster that takes dozens of clichés and has a jolly good time blowing them to hell. With playful spins on every James Bond quirk or Men in Black-style recruitment montage, the film is at once an ode to and a send-up of classic tropes. Truly insane action sequences (there’s a woman with swords for legs, for Christ’s sake) and stellar chemistry from Colin Firth, Mark Strong, and Taron Egerton add up to one bloody fun romp. –Ben Kaye 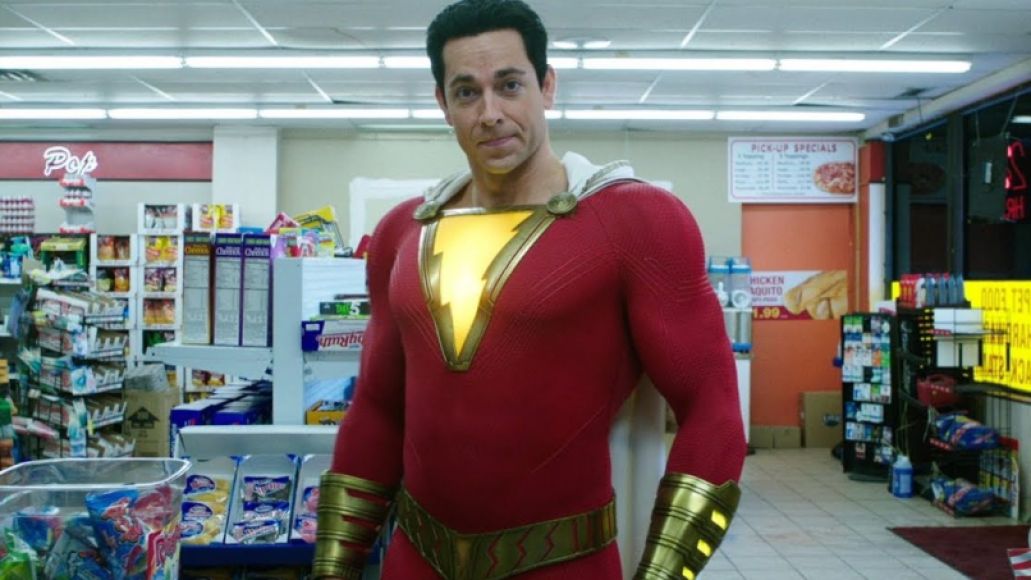 DC and WB lost themselves in trying to be the gritty, “realistic” counterpoint to the Marvel Cinematic Universe’s colorful costumes and quippy heroes. There’s a reason none of those films are on this list, and Shazam! is. Shazam! allows itself to play within the world of superheroes rather literally, as the titular hero is just a kid who learns everything about capes from his comic-obsessed foster brother. Zachary Levi plays the adult-sized version of young Billy Batson (Asher Angel) with charming innocence, keeping what is otherwise a standard three-act origin story feeling fresh and — most importantly — fun. –Ben Kaye 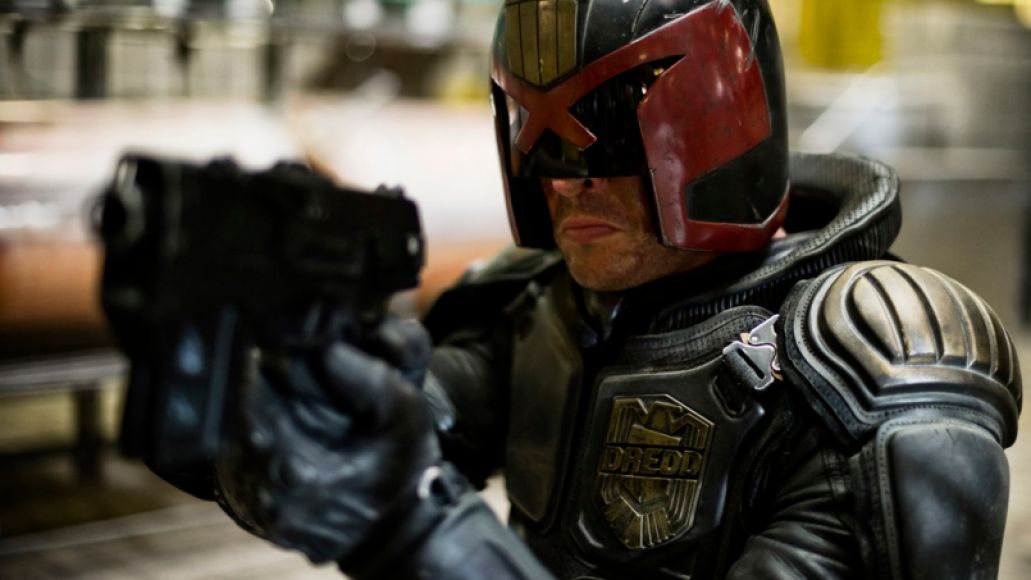 Even seven years after its release, Dredd is a sleeper on this list. While its dismal box office haul may have proven no one was asking for another Judge Dredd movie, its cult status demonstrates it’s a better film than the receipts make it appear. Alex Garland‘s script does a beautiful job of establishing the rules of a dystopian society and then locking them in 200-story high-rise. It’s an expansive and yet claustrophobic setting in which Karl Urban’s titular anti-hero gets to run absolutely rampant with bombastic action scenes. It’s one of Urban’s best roles, and there’s still hope he’ll be able to return to it despite the poor profits. –Ben Kaye 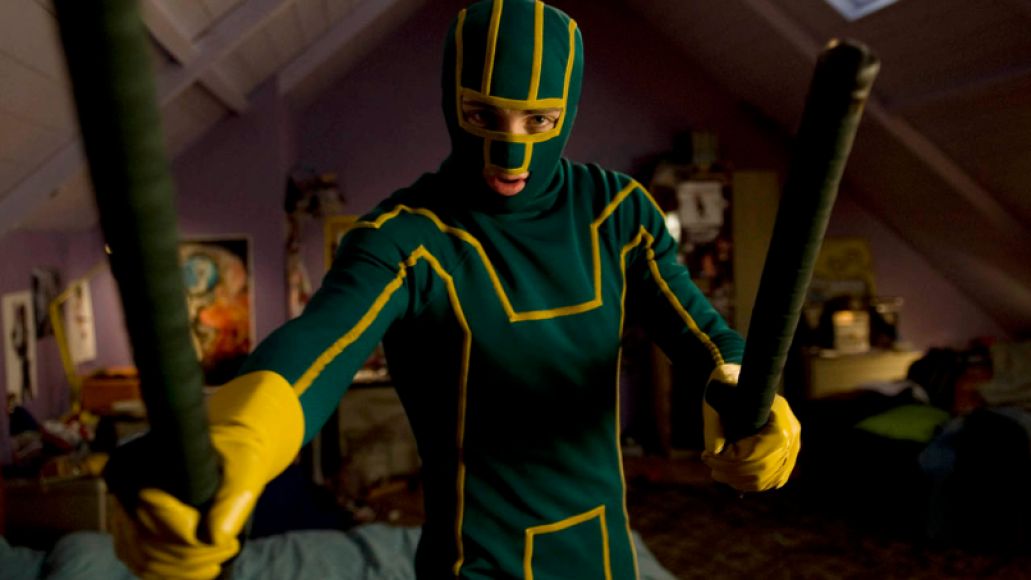 The timing of Kick-Ass was absolutely stunning in retrospect. Right as superhero blockbusters were beginning their siege on Hollywood, here came this scrappy, twisted, independent production playing off the entire concept of masked crimefighters. Another Vaughn-Goldman collaboration, Kick-Ass revels in its outrageous violence with such expletive-laden glee that you forget those are really kid actors playing these roles. Which is what makes it such a breakout performance from Chloë Grace Moretz, selling a completely twisted character like Hit-Girl with sincere craft. We also get one of Nicolas Cage’s smartest performances ever by way of a clever nod to Adam West. –Ben Kaye 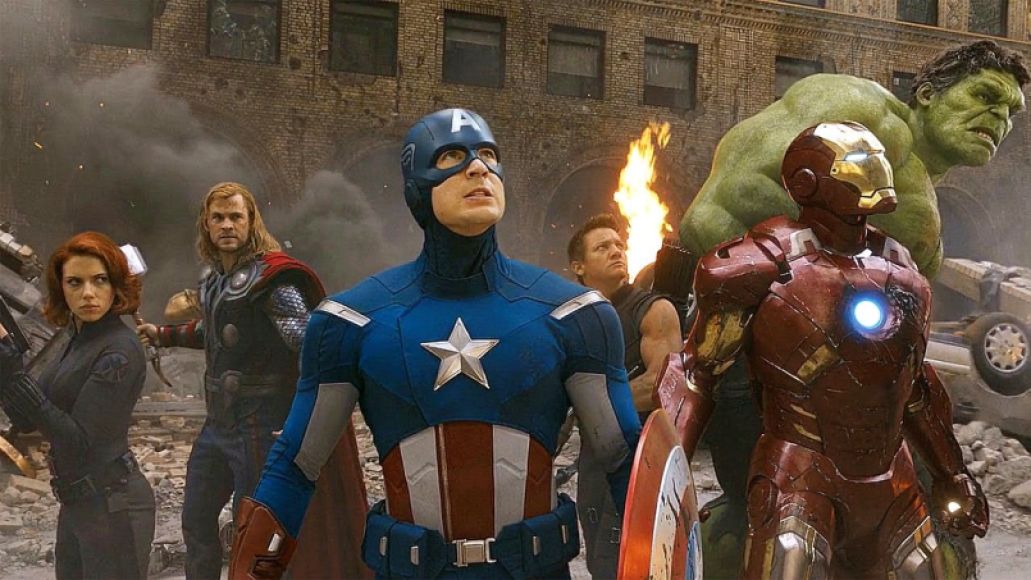 Remember when we thought this was the biggest possible payoff an interconnected universe of films could deliver? Such precious naiveté. Still, at the time, the feat was truly amazing to behold: five separate movies building towards one colossal crossover event. It was something unheard of just seven years ago, and now it’s the dream of every Hollywood studio. Yet, for all the attempts, no one has come close to pulling it off as well as Marvel did with the first Avengers. It may have been a game of first-to-the-table, but by Jarvis did they set that table magnificently. –Ben Kaye 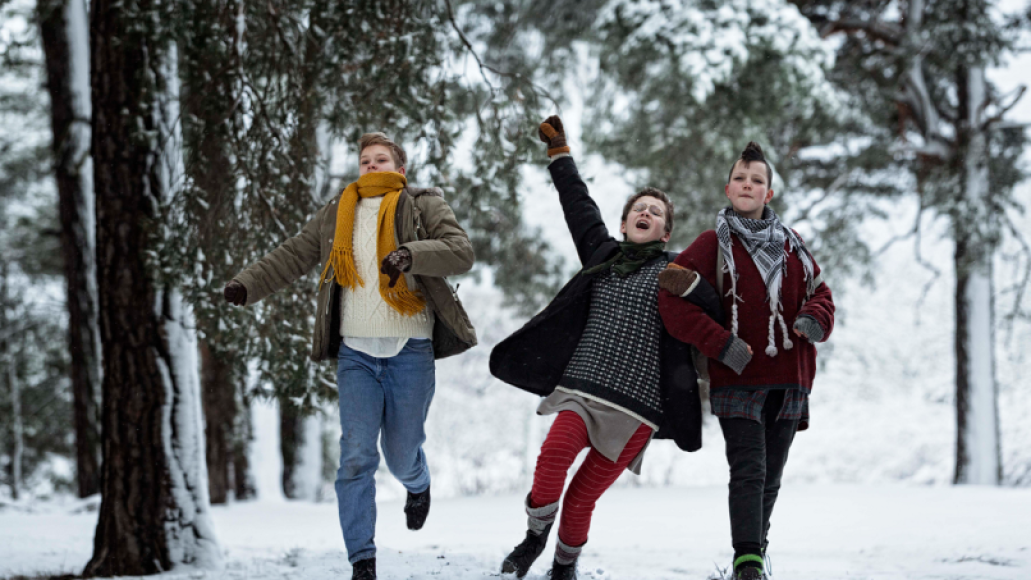 We Are the Best! (Svensk Filmindustri)

Sweetness runs throughout this drama, starting with the familial romance behind its creation: The graphic novel on which it’s based, Never Goodnight, was written by Coco Moodysson, the wife of the director, Lukas Moodysson. The concept of youths finding identity in music isn’t exactly fresh, but the Moodyssons paint a truly lovely portrait of punk rock in 1980s Sweden with We Are the Best! Best of all, the band isn’t actually any good, which just makes the joy and camaraderie they discover simply in the attempt that much more affecting. —Ben Kaye 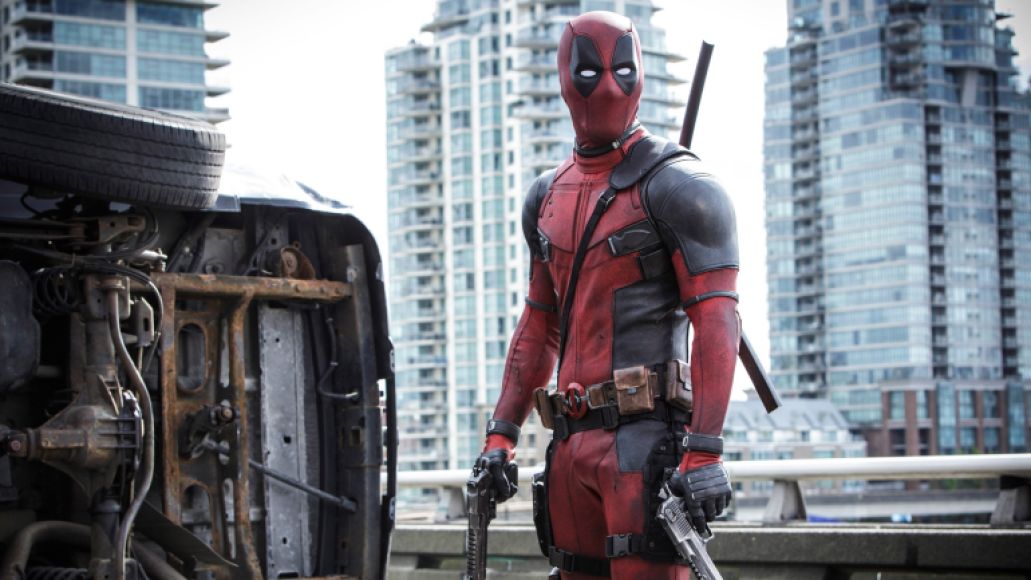 We all love an underdog, and despite the fact that the titular anti-hero is indestructible, the creation of Deadpool is one of fighting through a wave of resistance. Ryan Reynolds, director Tim Miller, and writers Rhett Reese and Paul Wernick had to toil in obtuse studio hell for years to make this thing happen. Their efforts were greatly rewarded in a movie that lampoons the entire concept of superheroes even as it harps on the exact same tropes. With Reynolds in a part he was born to play, Deadpool rejuvenated an industry suffering from comic book fatigue while showcasing the value in R-rated adaptions. All while finally getting Colossus right. —Ben Kaye 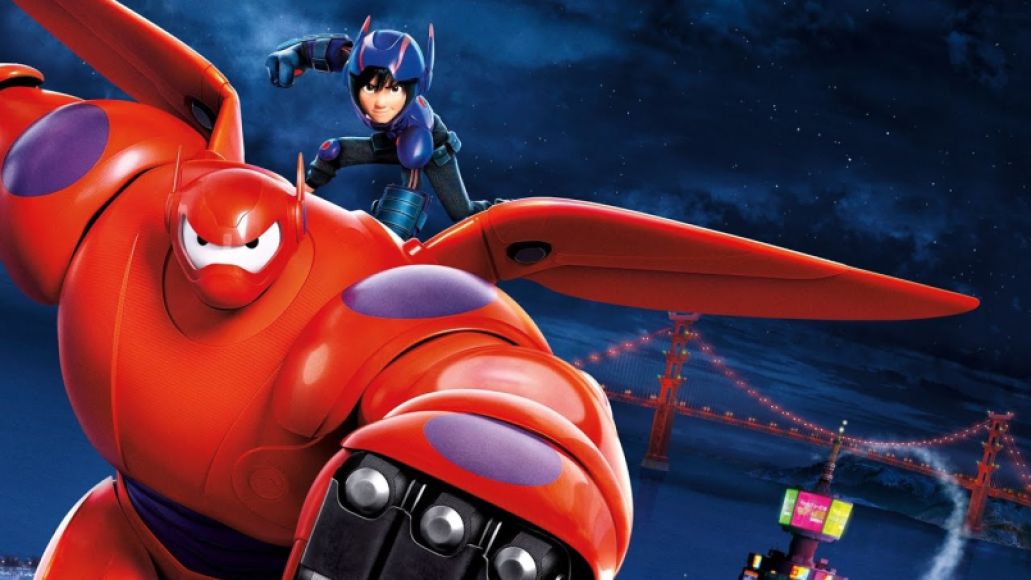 Big Hero 6 looks practically nothing like its comic book counterpart, a Marvel book that sees Baymax as a dragon-like robot with a human’s mind fighting alongside mutants. That makes this one of the rare cases where changing source material doesn’t anger fans and instead creates new ones. An ode to classic anime as much as anything, this Academy Award-winning picture should have launched a whole wave of Disney animated adaptations of Marvel properties. Though that never came to pass, this dearly warm movie remains both fun and comforting in a way that only animated movies about lovable robots can be. —Ben Kaye 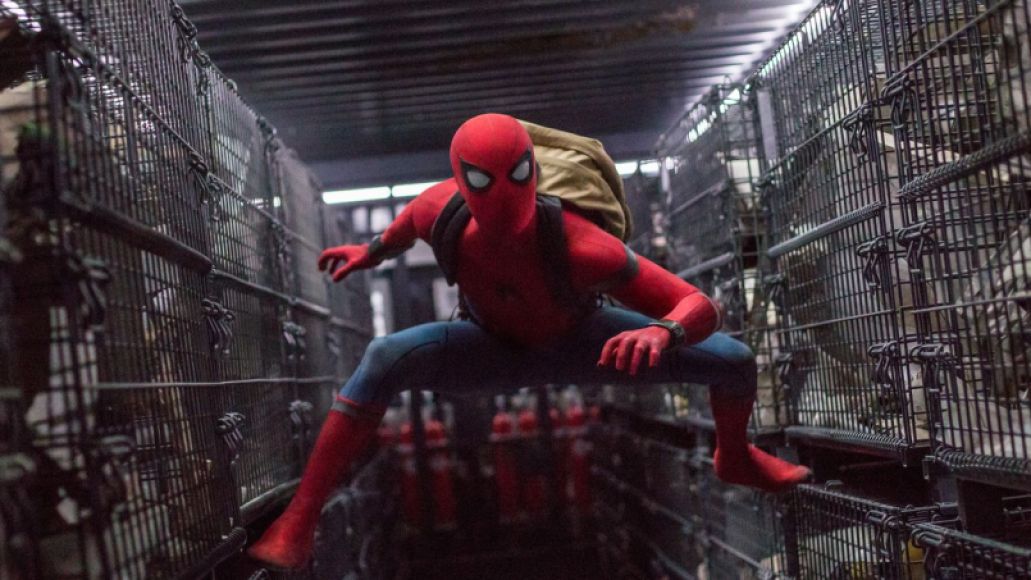 Spider-Man back with Marvel, Michael Keaton back in a comic book movie — Homecoming indeed. After being teased with his cameo-sized role in Captain America: Civil War, Tom Holland showed himself to be the best live-action web-slinger in a 15-year span that saw three attempts at the franchise. Bursting with anxious optimism, he’s a delight as Peter Parker and a perfect foil to the hardened determination of Keaton’s Vulture. Both characters’ motives are grounded in actual pathos, leading to one of the most relatable superhero adventures ever, and certainly in the Marvel Cinematic Universe. And how good does it feel to still be able to say “the MCU’s Spider-Man”? —Ben Kaye 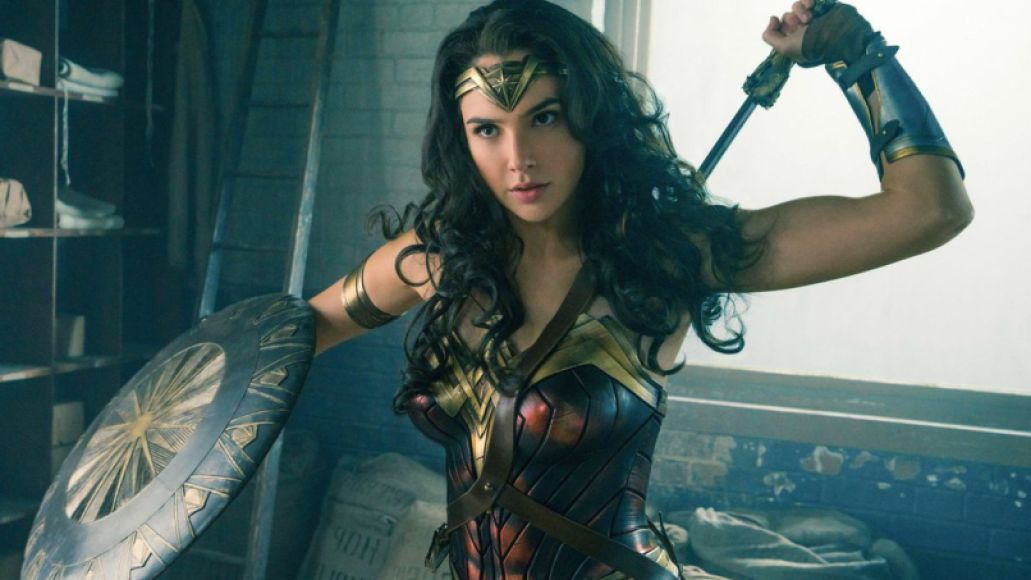 Hopefully the version of this list that publishes 10 years from now will have far more female-led adventures, but until then, thank Zeus for Wonder Woman. Although we have to move passed yet another CGI-bloated third act from yet another DCEU film, at least this time we care about our hero getting there. Much of that is due to Gal Gadot’s undeniable charisma, and director Patty Jenkins earns just gallons of credit for her work. People laid a lot of hopes on this film, not leastwise because of WB’s poor track record to this point. Being delivered such a dignified, compelling portrayal of one of comicdom’s mightiest warriors was a true gift from the Gods. —Ben Kaye 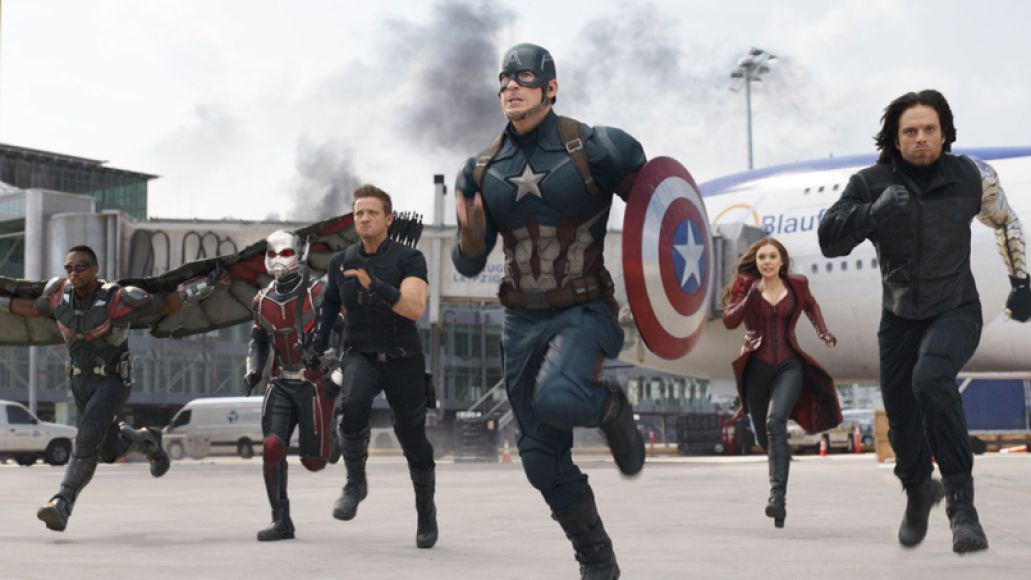 Call it Avengers 2.5. This many characters jammed into one film shouldn’t work and certainly not so well that it still feels like the title character’s movie. And yet as deftly as the introductions of Black Panther and Spider-Man are handled, so too is Captain America’s story. It’s a perfect juggling act between comic book crossover event and political thriller. While it also features what remains one of the greatest splash-panel battles ever captured on film, the fact that the intimate two-on-one duel in a Siberian bunker is the more impactful fight is a testament to the Russo Brothers’ unparalleled talents at superhero moviemaking. —Ben Kaye 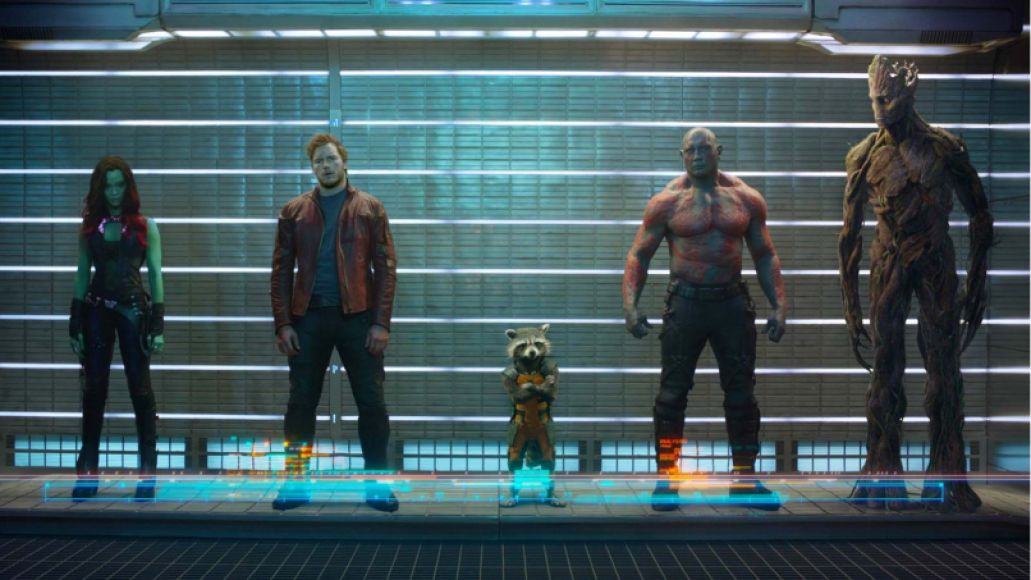 Guardians of the Galaxy (Marvel Studios)

Six years ago, the idea of a raccoon, a tree, and an ’80s-obsessed man-child leading a successful movie was considered a risky endeavor. Writer-director James Gunn shut that opinion down quick with this utterly winning family film stuffed with diversely lovable characters, delightfully romping about the screen to an iconic-level soundtrack. In addition to making Chris Pratt a star, Guardians introduces one of the MCU’s dark horse MVP’s in Bradley Cooper (the fact that he voices a digital raccoon makes it easy to under appreciate his performance). From a grander perspective, it also manages to thrust MCU closer to Endgame than many of the Avengers’ solo adventures. High on believin’, indeed. —Ben Kaye 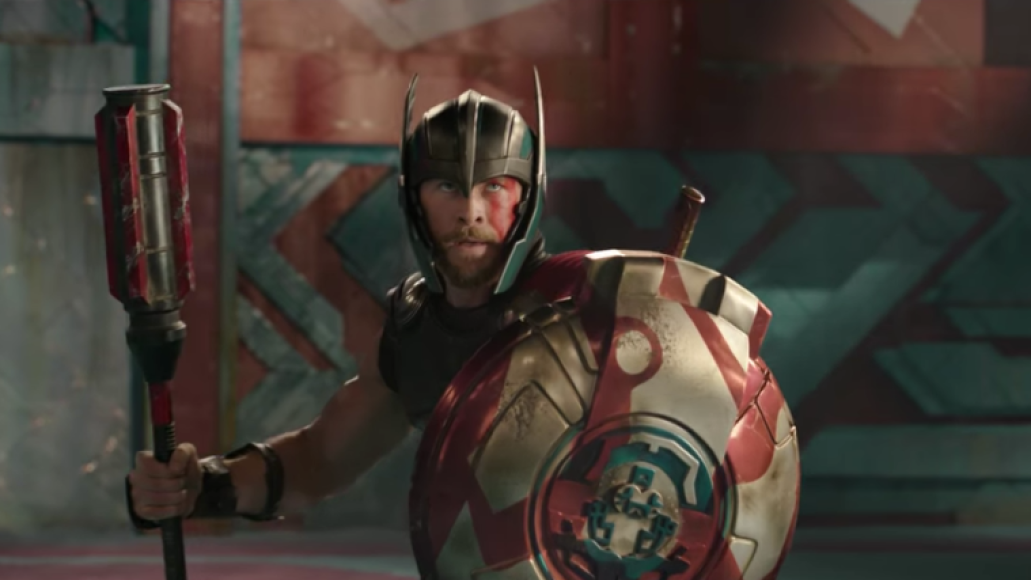 Before Ragnarok, Thor was a third-stringer behind guys like Iron Man and Captain America. Considering the way Endgame panned out for those two, we have to be doubly thankful for how Taika Waititi revitalized him. Being in the pitch meeting for this weird, wild, wonderful cosmic adventure must have seemed like a dream. Revamping a character so thoroughly in his third act, going from stuffy neo-God to campy people’s champion, is no easy feat. With a stellar supporting cast (Tom Hiddleston, Cate Blanchett, Jeff Goldblum, Tessa Thompson, and perhaps Mark Ruffalo’s best turn as Bruce Banner/Hulk) and a vibrant score from Devo’s Mark Mothersbaugh, Waititi pulls it off masterfully. —Ben Kaye 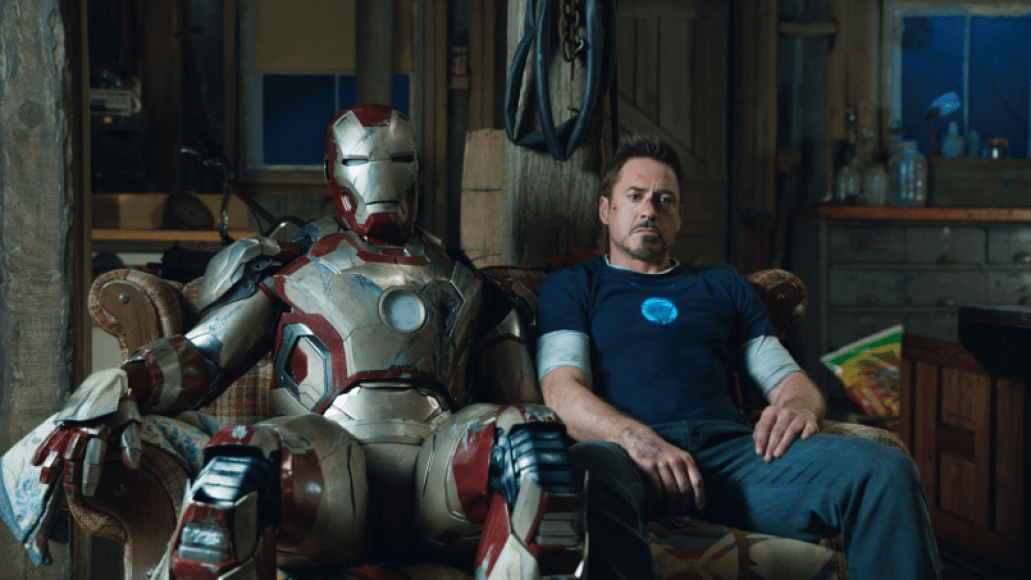 When Iron Man 3 first came out, fans ripped it to shreds. The main gripes were the dismantling of the iconic villain The Mandarin and the relative lack of, well, Iron Man. Once the blood stopped boiling, however, it was easier to appreciate Ben Kingsley’s iteration for its own brilliance. What’s more, writer-director Shane Black presents Robert Downey Jr. with the most compelling solo Tony Stark material precisely because he took away the suit. Black’s script finds a way to up the quippiness of comic book cinema’s quippiest hero while simultaneously delivering a striking depiction of PTSD. This may still feel like an MCU outsider, but so does Winter Soldier — and just wait to see what we have to say about that one. —Ben Kaye