The Pitch: Married couple Sean (Toby Kebbell) and Dorothy Turner (Lauren Ambrose) exist among Philadelphia’s upper crust. Sean’s a renowned chef and Dorothy is a beloved local reporter, both at the top of their respective careers, and they live in a bubble of wealth and privilege. Still, their life of luxury doesn’t protect them from a devastating tragedy. When their infant Jericho dies, Dorothy is shattered and reduced to a catatonic state, leaving Sean and Dorothy’s brother Julian (Rupert Grint) struggling to help her.

A new age therapist suggests a Reborn Doll as a coping mechanism, meant as a temporary measure to help Dorothy grieve. Yet Dorothy treats the doll as if it were her living, breathing son Jericho. That entails changing its diapers and nursing it. In fact, she’s so wrapped up in the delusion that she goes so far as to hire a live-in nanny for Jericho when her maternity leave is up. Enter Leanne (Nell Tiger Free), a reserved teen who immediately treats the Reborn Doll as if it were real, too, much to Sean’s confusion and concern. He isn’t sure if Leanne believes Jericho to be a living child or if she’s humoring Dorothy, but the more important question is this: Who have they allowed into their home? 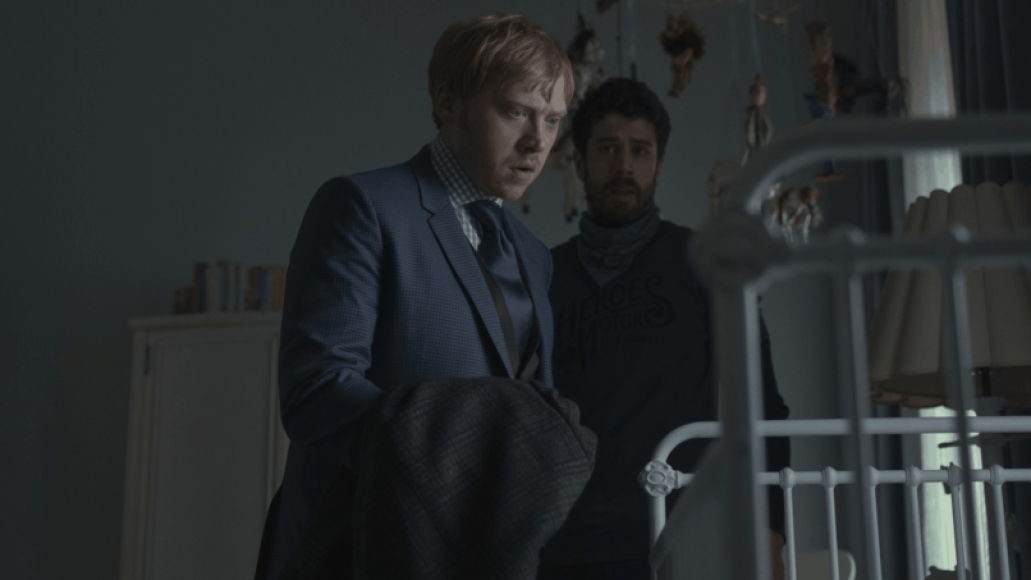 So Much Subtext: Created and penned by Tony Basgallop (Inside Men, 24: Live Another Day), Servant takes its sweet, methodical time parceling out its mysteries. Yes, plural. The bigger mystery at large is the strange and prim Leanne; her background, her intentions, and why she came into the Turners’ lives. Each character harbors hidden secrets and motivations, and many of the answers reside within the subtext. Every line of dialogue, every frame, every choice by the actors is a deliberate choice that offers meaning beyond the surface level.

Servant is an elaborate puzzle box. Executive producer M. Night Shyamalan, the directors, and Basgallop nail the pacing of this 10-episode thriller, giving just enough answers at the right moment to satiate viewers while layering in curious new developments to keep you in its grip. While certain elements are wrapped up in tidy fashion, many are not. It’s up to the viewer to decipher the double meaning, symbolism, and visual clues. That lack of handholding is both refreshing and thrilling. 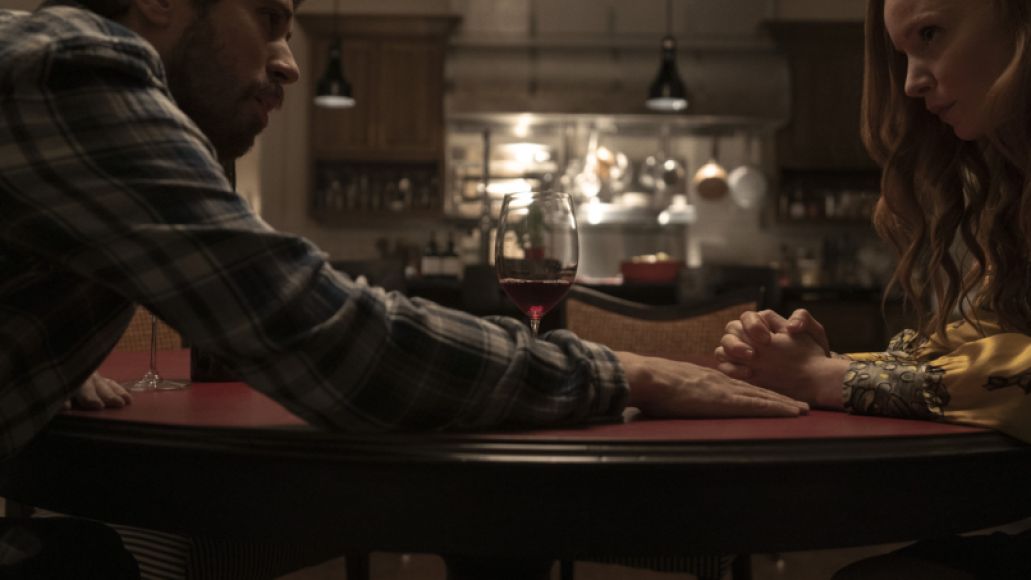 A Balancing Act: Shyamalan is no stranger to thrillers full of unpredictable twists and turns, which Servant boasts in spades. Here, the unpredictable nature and the surprises in store work well in service to the overarching narrative, which is handled with precision and finesse. Much of that can be attributed to the razor-sharp writing by Basgallop, but also in the way the characters and tone are balanced. It’s an impressive juggling act.

Servant begins as an off-kilter psychological thriller with an offbeat sense of humor that feels akin to Yorgos Lanthimos’ thrillers. While it never really deters from the path of a psychological thriller full of eccentricities, the comedic tone of maintaining an outward appearance of perfection crumbles into something far more poignant and heartbreaking.

Who these characters are at the beginning of the series is in perfect symmetry with the startling truths revealed about them as the season progresses. It’s the emotional throughline, authentic and affecting, that grounds the eccentricities. Accolades should also go to the production design and art department, who created a set that’s as decadent as it is eerie. 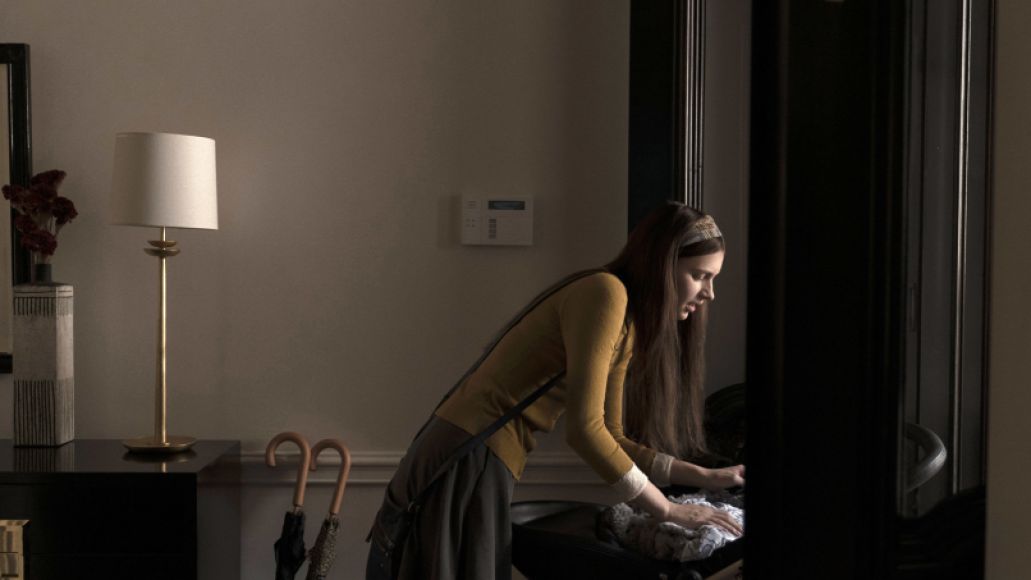 The Picture-Perfect Family: At first glance, Kebbell and Ambrose appear to have straightforward roles. Kebbell’s Sean is the beleaguered husband trying to keep his small family afloat after a loss, while Ambrose’s Dorothy wears an unflappably cheery façade of perfection. Grint’s Julian is the playboy rich brother that’s willing to bend the rules for the sake of personal gratification and family. All of whom could come across as caricatures of the rich in lesser hands.

Dorothy begins the series as a subversion of the straight-man, while Sean is struggling immensely to hold things together, but it’s Ambrose that has the heaviest lifting of all in the 10-episode run. Glimpses that she’s not as put together as she strives to appear eventually gives way to a breathtaking performance of multitudes. It’s a marvel. That’s not to say that Kebbell doesn’t hold his own against her, and Free also deserves notable attention for bringing to life a character that toggles between menace and sympathy.

For a series primarily set within a single Philadelphia brownstone, much of its success rests on the cast, and they’re more than up to the task. 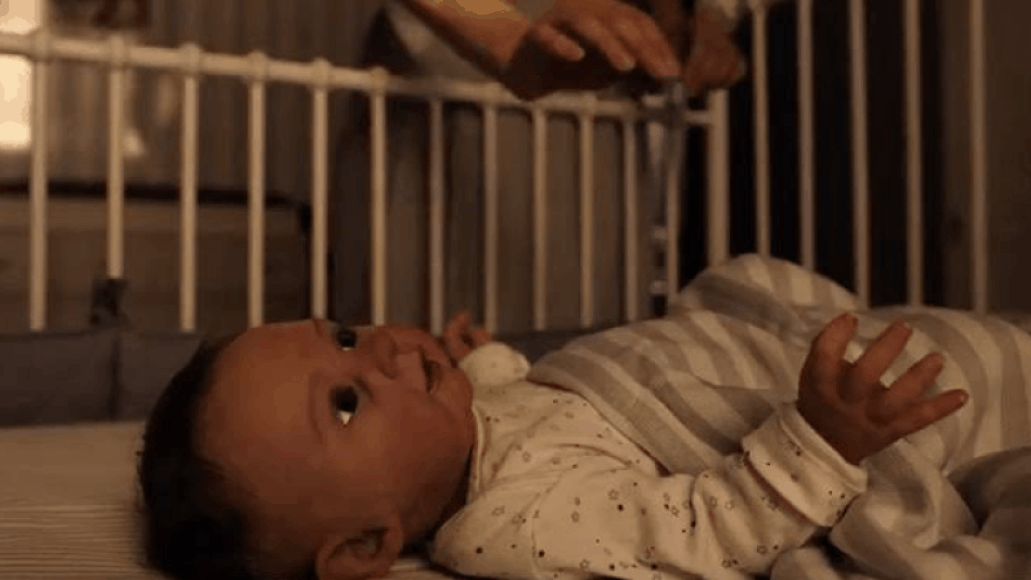 The Verdict: Servant is unlike any other project Shyamalan has worked on before. An offbeat story of mystery and tone, this series is a character-driven potboiler that’s methodical in its design. That kind of pacing and its peculiar sense of humor also means it won’t be for everyone — especially not for those that want their mysteries clear-cut and linear.

For those that do like their mysteries to offer up ambiguity, both thematically and on a character level, there’s a lot to chew on. The meticulous level of detail from a production standpoint is uncanny, presenting a series with multiple meanings and endless rewatch potential.

By the end of the season, the entire narrative feels open to reinterpretation and re-contextualizing. Moreover, it’s insanely fun to watch. The cast brings their A-game, up for every strange thing thrown their way, and it keeps you guessing. Above all, it’s well crafted.

Where’s It Playing? The first three episodes of the 10-episode thriller will premiere November 28th, exclusively on Apple TV+, with a new episode rolling out each week every Friday starting December 6th.