The Pitch: A bounty hunter seeks out his target. That’s the deceptively simple premise that powers The Mandalorian’s first ride across the galaxy. After the fall of the Empire, our would-be hero earns an under-the-table commission to bring in a high-value asset, one outside the usual channels and lacking in the usual info. Along the way, he needs to forge new armor, find help from a local, and jockey with other bounty hunters, bosses, and the usual backwater scum and villainy to secure his quarry.

But that’s not really the point of this first chapter. Instead, the point is for writer/creator Jon Favreau and director Dave Filoni to show us who the title character is, to offer a sense of what drives and haunts him, and to show how he responds in tight spots and quieter moments. It’s to establish texture and tone — the rough-hewn, western-tinged images and motifs that carry the day. And it’s to set in motion a conflict built around Imperial lost causers, unexpectedly precious cargo, and traditions kept alight amid a dying flame. The purpose is, in short, to invite the audience into the heart of this surprisingly risky venture, and it’s a hell of a welcome. 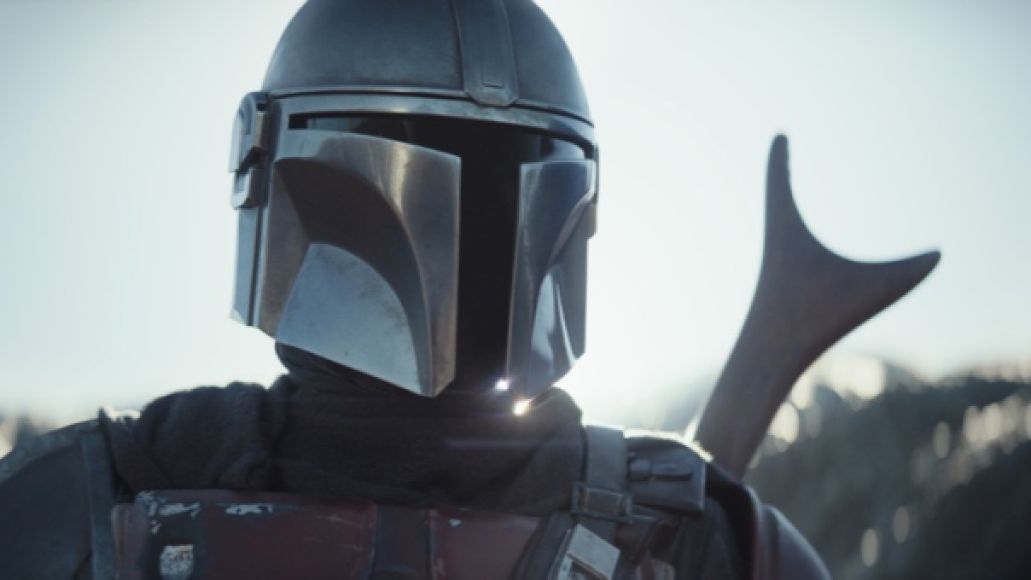 Fit Him with a Restraining Bolt: The most striking thing about the series premiere is its restraint. There’s barely a whit of exposition or the other standard tricks that get the audience acquainted with a series’ premise and major players. Granted, The Mandalorian has the luxury of banking on fans’ preexisting familiarity with Star Wars, and it does include some meaningful flashbacks to help set the stage. But more often than not, the episode establishes a sense of place through the incidental parts of its characters’ exchanges and establishes a sense of purpose through the choices they make rather than the things they say.

The commitment to “show don’t tell” is strong here. Assorted schemers and quasi-authorities may note that our main character is the best (and most expensive) in his field. But long before, the show cements these notions by demonstrating his swift-but-steady, sure-footed effectiveness when capturing his prey in a boffo opening vignette. There are snippets of conversation about what life looks like for smugglers, thieves, and the deposed former powers now that the Empire’s gone, but we mainly see it in how forces big and small navigate the world left in the aftermath.

And the life of a bounty hunter amid that backdrop comes through in the show’s little moments, not just the big firefights and action set pieces that otherwise move the needle. People come to Star Wars expecting the flashy and bombastic — and they won’t be disappointed — but there’s also a lighter touch here, a willingness to let the situations and images speak for themselves, that’s distinctive and refreshing. 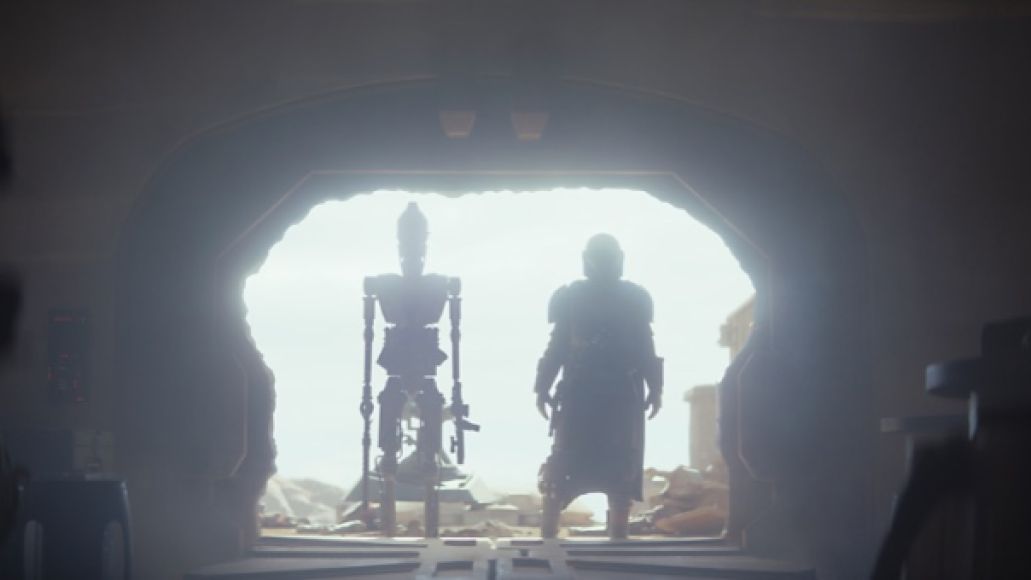 The Cape-Clad, Quicker Picker-Upper: That type of restraint doesn’t work without an outstanding key performance at the center of your story. As with so many of the Star Wars mask-clad personalities, communicating character and humanity without the benefit of facial expressions requires a commitment to body language and crafting presence to make us care. That’s particularly true for a central figure like The Mandalorian, who’s not quite silent, but not exactly loquacious either.

Despite those challenges, Pedro Pascal does stellar work under his Boba Fett-esque hood. The role requires the steely confidence and competence that Pascal exudes, combined with a matter-of-fact, almost workaday demeanor to show our protagonist has been at this long enough to know how to do it and does it well enough to live to see the next job.

But a simple cock of the head from The Mandalorian, a visible reverence in the presence of a fellow keeper of the flame or hesitation before an unruly mount, shows hints of vulnerability and greater depth that make our hero more than just another badass with a blaster. Conveying that sort of thing is tricky, and Pascal’s success at it allows him to surpass the “just a guy in cool armor” lure that once propelled his Original Trilogy analogue to fan-favorite fame. 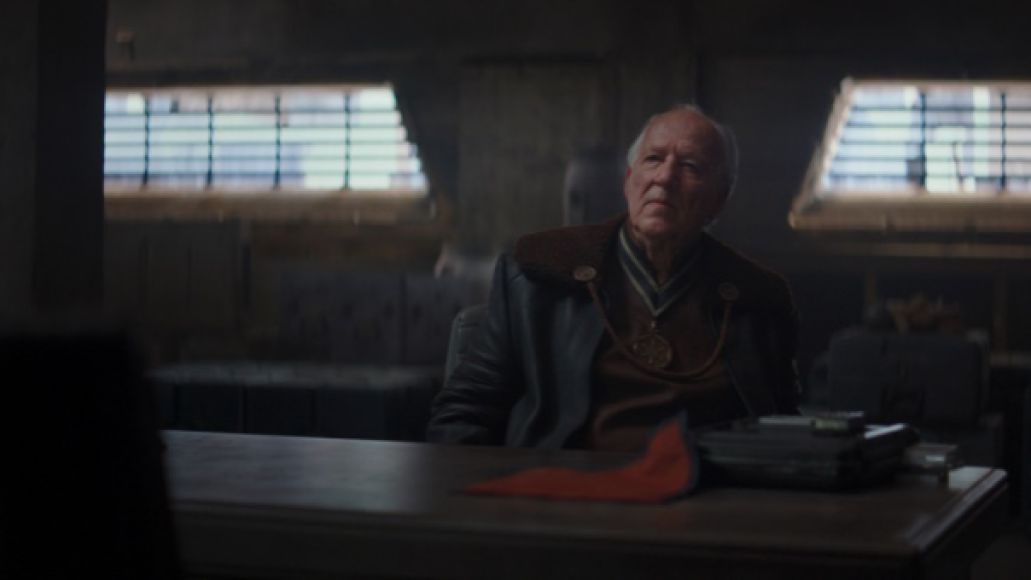 Werner Herzog in The Mandalorian (Disney+)

Just Images Really: That performance, and this world, are given life by Star Wars guru Dave Filoni’s confident direction. The Mandalorian deploys any number of familiar western archetypes, but the inventive and evocative depiction of them gives them new dimension and vibrance. There’s a deliberateness to Filoni’s framing and pacing, allowing scenes to slow down and breathe rather than racing from one action set piece to another. That tack also leaves room for great character moments to leave an impression, from Werner Herzog’s simmering deposed imperial officer, to Nick Nolte’s direct but plainspoken Ugnaught, to Taika Waititi’s guild law-spouting, self-destruct-happy droid.

Still, the taciturn nature of the protagonist means a great deal of the series’ ethos must be conveyed visually, and Filoni is more than up to the task. The initial caper and closing firefight both quicken the pulse while the character-establishing forge sequence, along with The Mandalorian’s interactions with his eccentric guide, carry an almost spiritual grace that adds ballast to the show’s sun-baked, shoot-em-up flair. Without anyone having to vocalize it, the tableaus on display tell the audience all it needs to know about these underworld circles, the threats that emerge from them, and the man at the center of it all. 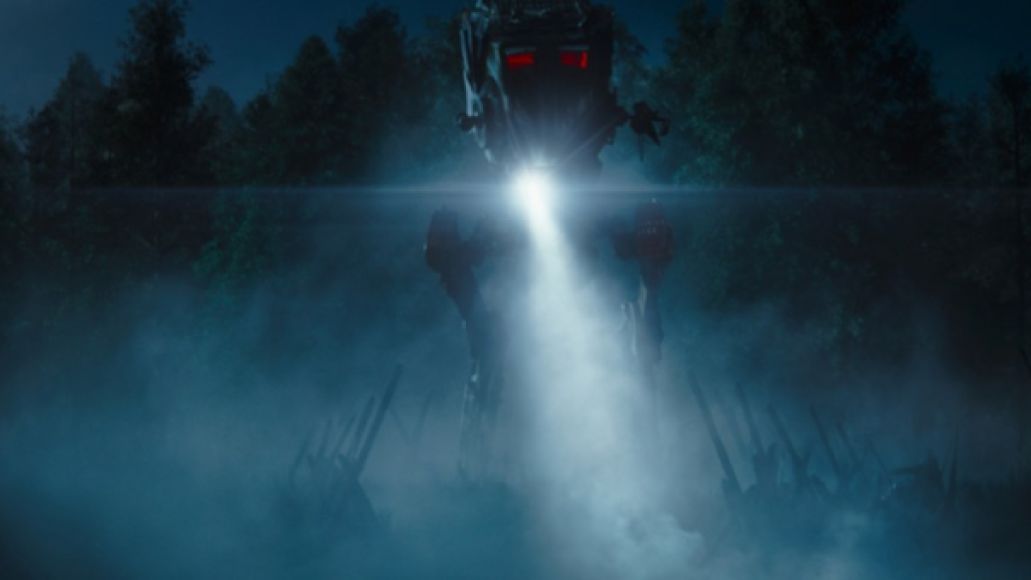 The Verdict: The Mandalorian roars out of the gate. The series’ pilot accomplishes everything it needs to. It gives curious viewers a flavor of the type of stories that Favreau and company aim to tell in these environs, and it introduces a protagonist who looks and feels like black-hatted heroes past (of both the western and intergalactic variety) but who quickly marks his own territory. Like it or lump it, any viewer will walk away from this episode with a sense for who the titular bounty hunter is, the discovery that will drive things forward, and most importantly, the vibe that quickly distinguishes this series as its own, unique corner of the Star Wars Galaxy.

But chances are that diehards and casual fans alike will walk away excited by the impeccable craft, the character and texture that permeate every inch of the frame, and the wider possibilities this opening salvo gestures toward. “Chapter 1” neatly walks the line between giving the audience enough context to understand this situation and setting while keeping just enough behind the curtain to whet our appetites for more. But more than anything, this initial outing shows the fruits of a creative collaboration, and a specificity in setting and tone, that inspire trust in wherever the series wants to take things from here.

Although the “western in space” approach is nothing new, a bent toward pastiche, homage, and the melding of influences is at the core of the franchise’s DNA. With this first shot out of the hanger bay, Favreau, Filoni, and company find a pitch-perfect space to blend their clear Man with No Name influences with the universe established by George Lucas and countless other creative voices. There’s care and purpose in every scene and sequence in the show’s first chapter. That’s enough reason to hope that the next bounty will be as good as the one The Mandalorian corrals and captures so thrillingly in its first, momentous outing.