The follow-up to 2017’s Cry, Cry, Cry consists of 10 songs, all of which were written at Disque, a barn-turned-studio in the forests of Vancouver Island. It was then produced by John Goodmanson, known for his work with Bikini Kill and Sleater-Kinney.

According to a press statement, the new album’s title is a reference to society’s total dependance on electronic devices. “Thin Mind refers to the way that being around too much tech has made our focus thin,” keyboardist Spencer Krug explained.

“How do you deal with the constant barrage of having your opinions swayed by all these different actors when you don’t know who they are or what their purpose is?” added drummer Arlen Thomas. “There is no normal anymore.”

Thin Mind features the band’s previous single, “Against the Day”, from October. It’s also being previewed today with a track called “Forest Green” that’s streaming below.

Pre-orders for Thin Mind have begun. To coincide with the album’s announcement, the Canadian indie rockers have expanded their 2020 tour plans to include a North American stint. Tickets for these new shows go on sale Friday, November 15th, and will be available here. 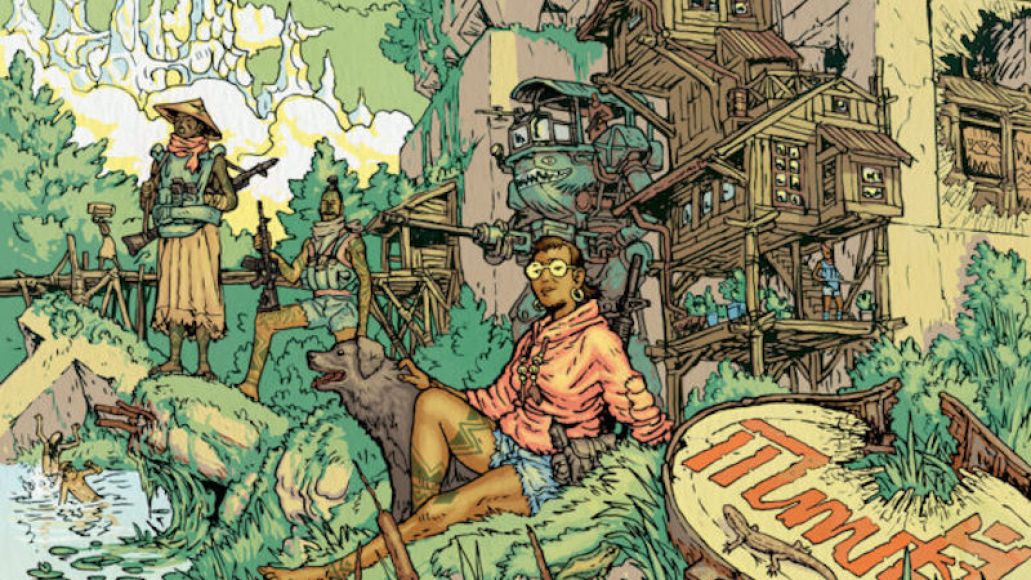 Guitarist Dan Boeckner appeared on This Must Be the Gig last year and discussed his work in Wolf Parade. Revisit the episode below.