We continue our celebration of the very best music, film, and television of the year today with the unveiling of our 2019 Artist of the Year.

You’ve heard her name and seen her neon-green hair and insanely long fingernails plastered across social media and TV all the way to Times Square. Though it all seems perfectly timed and coordinated, the 18-year-old girl at the center of the “Eilish Explosion” still seems as surprised as anyone that her songs and persona have left Gen Z-ers (and many others) so obsessed. And therein lies much of Billie Eilish’s massive appeal.

Back in 2016, Eilish was still just a normal teenager and a fan herself — a mega fan, in fact, of Justin Bieber. She had decided to record “Ocean Eyes” simply as part of a soundtrack for a dance recital. When the song accidentally went viral, it was the first indication that she was more than just your average “Belieber.” In 2017, a tiny show called 13 Reasons Why exploded on the Internet, right along with its soundtrack, which featured Eilish’s “Bored” on it. The teen’s smooth vocals, in particular, caught the attention of young listeners. Later that year, her debut EP, don’t smile at me, was released, and word of Eilish’s baggy clothing choices and relatable lyrics began to spread like wildfire. This would be the last year that Billie Eilish could walk through a crowd at SXSW (or anywhere else) without a throng of people on her boot heels. 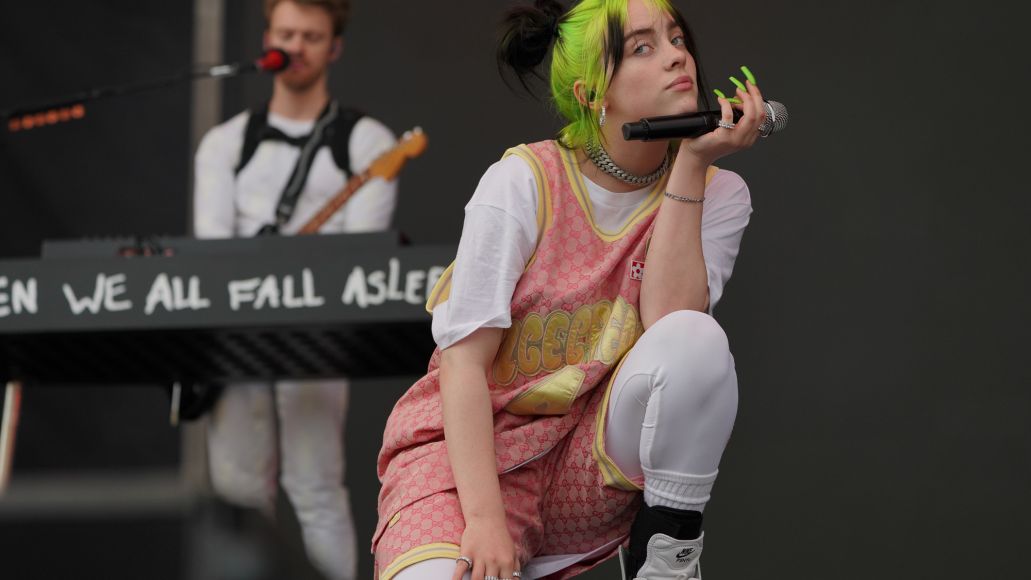 Consequence of Sound named Eilish as our Rookie of the Year in 2018. In that interview, she discussed how close she was to finishing her debut full-length, When We All Fall Asleep, Where Do We Go?.  Little could we know then that we were watching the birth of a new type of pop star — a “pop star” unlike the others. She didn’t dance like the others or dress like them. Maybe fans were finally excited to see someone more relatable. Either way, it wasn’t long before Eilish’s bedroom-recorded songs — emphasizing whisper-like singing, crossed with brother Finneas’ fuzzy multi-tracking, pitch-shifting harmonic layering, and chopped-up samples – would take over the entire fucking world.

But what exactly made this particular girl rise to stardom … and so goddamn quickly?

Gen Z-ers can smell a fraud a mile away. They’ve turned away from anything shiny and polished and shunned the things that look contrived and inauthentic. The traditional makeup of the “pop star” has drastically changed in less than a few years. Just as a band like Nirvana changed the sound of alternative rock forever in the ’90s, Eilish has managed to almost single-handedly morph pop music from the over-sexualized, over-produced genre we’ve known it as for over the past decade into something with more honesty. She’s made us rethink both what pop music can sound like and what a pop star can be.

This is why we are ecstatically naming Billie Eilish our 2019 Artist of the Year.

In the last decade, the ingredients for a successful female pop star have included: wearing very small and often shocking costumes — sometimes, no larger than lingerie; leading a group of dancers in unifying choreography, often sexual in nature; and boasting a glam team large and able enough to morph the star into looking completely different for each and every appearance. The beginning of the decade had us obsessed with Britney Spears, who brought us faux singing with impeccable dance precision and presentation; Christina Aguilera, who gave us the theatrics of a drag queen backed by a soulful voice; and Gaga, who gave us voice, undeniable songs, and shock value that only a dress made of raw meat could bring. Before Eilish’s rise, pop music was more or less a visual competition of who could show more skin, have harder abs, or blatantly shock us into paying attention without doing anything particularly original.

More recently, we’re mixing up who’s who with Charli XCX and Bebe Rexha, who top the charts, but most of us couldn’t pick them out of a lineup. Sure, Beyoncé and T Swift are cultural arbiters and megastars, but it just seems like few are paying attention to their music like they were only a few short years ago. This is where Eilish stands alone. She doesn’t use her sexuality as bait for streams or attention; most of us have never even seen if the girl has a belly button, let alone seen her in any sort of tight-fitting, sparkly get-up, vying for our attention. Frankly, it’s refreshing to see someone fully clothed. What were pop stars going to try next? Walk the carpet completely naked?

But this isn’t just a “visual” thing. Pop was becoming somewhat predictable sonically, with over-Auto Tuned vocals and often empty, repeated lyrical choices — it was all stuff we’d heard before. Eilish has created the “pop star” of gen-Z anew, and “disruption” may not even be the right word to use here for what she has done, because it runs so much deeper and wider. She’s really given a face to the counterculture, not only making a swift pivot for popular music sonically, but also drastically altering the “checklist of supposed pop star attributes” and dropping the old one on its face. If there’s one thing Eilish has taught us, it’s definitely how NOT to get trapped in a dreaded genre box. She’s made the “counterculture kid” the “cool kid.” She sings about “being sad” in a more real way than any emo band could ever capture and isn’t afraid to ask her audience brutally honest questions like, “Who here hates themselves?” It’s an authenticity and realism that certainly doesn’t come from wearing booty shorts alone. 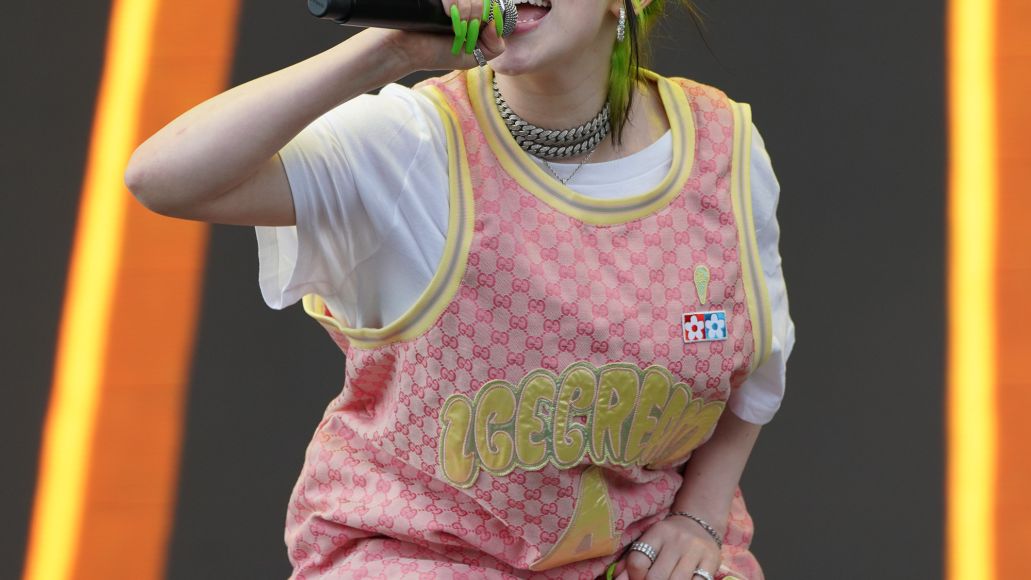 Not only did Eilish “grow up and blow up” as we said last year, but she’s completely disrupted the music industry with her ability to be truly authentic. We’ve seen the photos of her as a pre-teen with Justin Bieber posters lining her walls. (Did she ever think that Bieber himself would be remixing one of her songs?) Eilish has tapped into what fans like the most. They feel she’s one of them, and they can smell it. She’s not some elite Barbie with hair extensions and fishnet tights; she wears street clothes and bucket hats and asks her fans what color she should dye her hair next. Our new pop star isn’t unreachable as they’ve been in the past: she’s their friend, their confidant who undeniably “gets” how they’re feeling, and they love every fucking second of it.

To say that Billie Eilish “won” 2019 is an understatement. Not only did she win or get nominated for basically every award possible (including this accolade), she made her directorial debut with her own music video for “Xanny” (see below); gave a gravity-defying performance on Saturday Night Live (see above); and received six Grammy nominations. As for the album she was telling us about a mere year ago? It’s now the most streamed and talked about album of 2019.

So, what’s next for Billie Eilish? Will she reinvent music yet again in 2020? Will she still be recording in her brother’s bedroom just down the hall from her own? Maybe she’ll direct a feature film or sell out a two-week stint at Madison Square Garden. Whatever it may be, we probably won’t see it coming. And isn’t that the point?