At their core, The Who have always been a band searching for identity. Their very name, a definite article followed by an interrogative pronoun, is a testament to their inquisitive, soul-searching nature. Over nearly 60 years, Roger Daltrey, Peter Townshend, and the late John Entwistle and Keith Moon discovered, ironically, that their identity indeed lies in agnostic ambiguity.

“I won’t find what I’m after/ Till the day I die,” Townshend penned on the 1970 single “The Seeker”. However, The Who’s constant striving has led to one of rock’s greatest careers — one marked by troubled relationships, rambunctious rock and roll, raging social commentary, untimely deaths, and above all, a yearning for love. 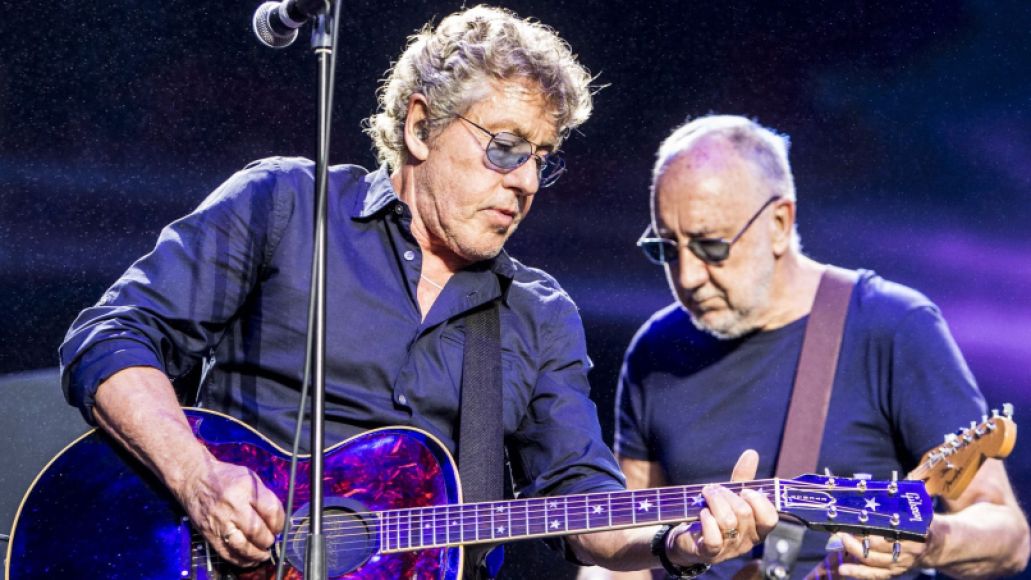 The Who, photo by Philip Cosores

The tortured lyricism of Townshend, the heart-wrenching screams of Daltrey, the frenzied drum rolls of Moon, and the unrestrained bass lines of Entwistle created some of rock’s greatest arena anthems from “My Generation” to “Baba O’Riley”. But behind every lyric and power chord is a passionate plea for hate to f-f-f-fade from among us and for love to reign o’er all. The Who may never find what they’re after, but they’ve led millions of fans along their “Amazing Journey” through vulnerability and no-nonsense rampage.

We celebrate and continue that journey by ranking and dissecting The Who’s studio discography, plus a couple of essential albums that also belong in the rock and roll quartet’s illustrious canon. 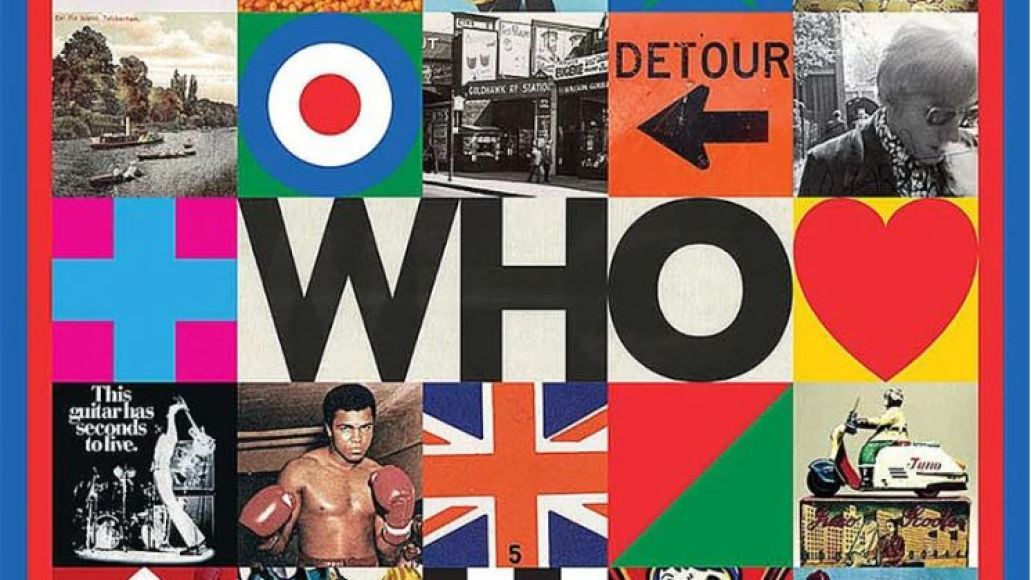 Overture (Best Song): The Who’s first single since 2014, “Ball and Chain” recaptures the gruff blues-rock Daltrey and Townshend have always delivered with precision. Protesting the injustices of Guantanamo Bay, Daltrey growls with the same righteous anger that has fueled Who anthems for over 50 years.

Guitar and Pen (Best Lyric): “I’m rockin’ in rage/ Well past my prime/ Denying the curtain/ Wasting no time” — “Rockin’ in Rage”

Eminence Front (Most Ambitious Moment): Typically, an ambitious rock song contains maximalist experimentation and grandiose lyricism. But for one of the loudest, most ambitious rock bands of all time, it instead means pulling back. The restrained soft rock of “I’ll Be Back”, a song about love after reincarnation, has more in common with early ‘80s Billy Joel or Hall & Oates than the anthems of Who’s Next — an unlikely left turn for a legacy act this late in their career.

The Rock (Loudest Moment): WHO isn’t a particularly loud album, but raucous opener “All This Music Must Fade” is a classic fan-pleaser about The Who’s unwillingness to conform to modern music fads. Daltrey’s soulful, husky voice hasn’t lost its edge in 2019, and Townshend remains a master of the power chord.

Bargain (Forgotten Gems): While it’s impossible to choose a “forgotten gem” from a brand-new record, WHO deep cut “Street Song” promises to be a favorite sleeper. Written about the tragic Grenfell Tower fire, which killed 72 people, “Street Song” is imbued with the same anguish and longing that charges Quadrophenia.

Who Are You (Analysis): An album which finds itself at the bottom of a ranking isn’t necessarily a bad album, especially when you have a discography like The Who. Their 2019 release, WHO, is an enjoyable listen, filled with straightforward rock and roll just as you’d expect. However, it’s also the safest album Daltrey and Townshend have ever released. They’re never quite provocative despite a few heartfelt indictments of society and politics, nor are they musically as adventurous as in the past. WHO is certainly not objectionable, but that’s part of its weakness. –Chris Thiessen 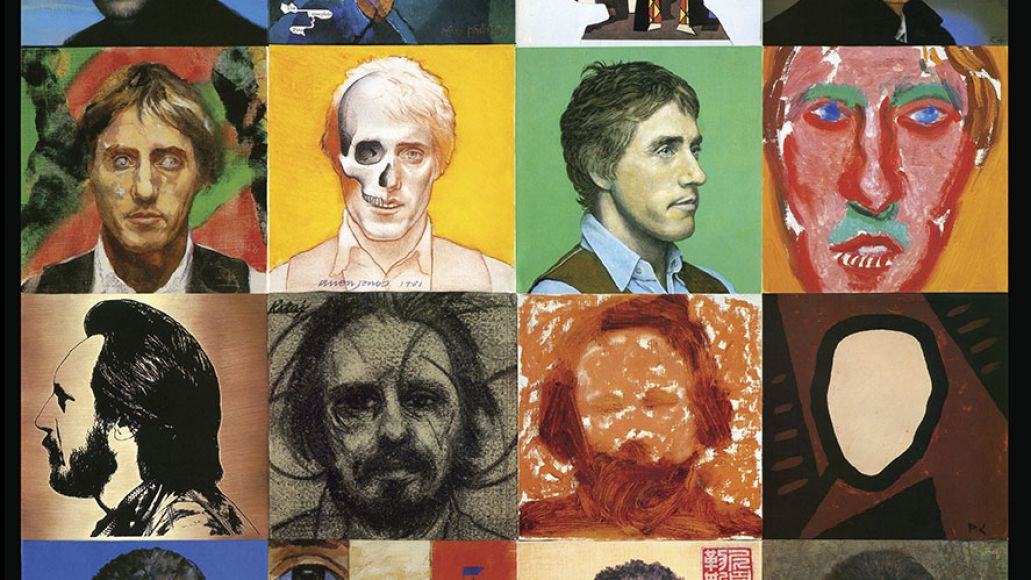 Overture: Their highest-charting latter-day hit, sitting at No. 1 on the Billboard Top Tracks chart for five weeks, Face Dances opener “You Better You Bet” has steadily emerged as one of The Who’s most recognizable singles. Equal parts earworming and unashamedly anthemic, it’s an opener that sets a high watermark for an LP that, sadly, doesn’t manage to match its promise.

Guitar and Pen: “Your letter came and today is the eighth/ This is the day that Moonie earned his wraith.” — “It’s in You” (1997 bonus track)

Eminence Front: There’s optimistic, and then there’s conceiving of a reality where the immortal refrain, “Did you ever dream of a suicide pill/ And wake up cold to the smell of bread?” (“Cache Cache”) might somehow work. Is it nigh on tragically bad? Yes. Is it ambitious? Extremely.

The Rock: Though coming up short elsewhere, John Entwistle’s “The Quiet One” packs a heady punch early on. Featuring some of Roger Daltrey’s finest vocals on the album (as well as an admirable display from Moonie replacement, and ex-Faces drummer, Kenney Jones), it’s as thundering as the latter-day Who ever got.

Bargain: Along with “You Better You Bet” and “The Quiet One”, “Another Tricky Day” makes Face Dances worthy of the odd cursory listen. Drawing parallels to The Rolling Stones’ “You Can’t Always Get What You Want”, it’s a dynamic, swaggering peak that doubles up as a reminder of the importance of perspective.

Who Are You: Released three years on from Keith Moon’s generation-puncturing passing in 1978, Face Dances was always going to be the sound of band facing down an identity crisis. But despite the best efforts of ex-Faces drummer Kenney Jones, who is a solid presence, the album also largely lacks the potency and intent that made The Who such a force to be reckoned with in the preceding two decades. Valiant, no doubt, yet decidedly underwhelming, in all. –Brian Coney 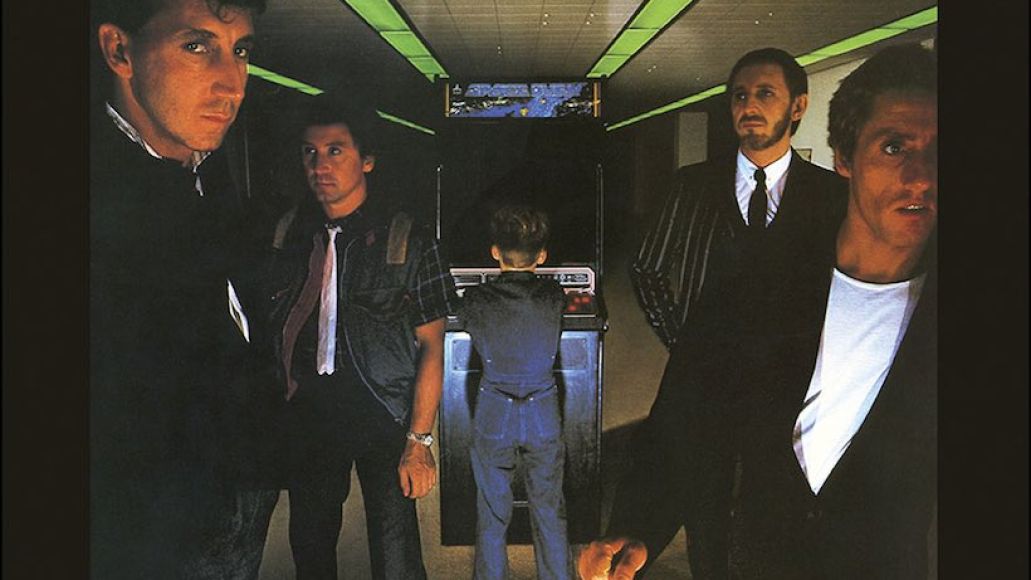 Guitar and Pen: “There is a stranger inside me somewhere/ That shadow behind me, don’t even look like me/ An echoed apology” — “It’s Your Turn”

Eminence Front: Late album song “A Man Is a Man” denounces toxic masculinity and the hardened cowboy aesthetic decades before it became a mainstream hot topic. “When a man is a man… He don’t have to perform like John Wayne in some B-feature flick,” Daltrey and Townshend harmonize, encouraging an open heart over a “soul on the ice.”

The Rock: The last of three Entwistle-penned songs on It’s Hard, “One at a Time” blasts into being with a brassy fanfare, which gives way to rollicking drums and a thumping bass line. The whole affair is dramatic, though scattered and ungrounded.

Bargain: “I’ve Known No War” is a true-to-form Who anthem that rocks and marches like “Who Are You” or something on Who’s Next. Daltrey animates Townshend’s Cold War reflections with roaring riot over quintessentially crunchy guitars and drifting orchestral sweeps.

Who Are You: The Who’s final record before their 20-plus-year hiatus and Entwistle’s death, It’s Hard is, well, not easy to love. Comprised of selections from a ditched Entwistle opera (“It’s Your Turn”), callbacks to early Who (“It’s Hard”), and social commentary (“A Man Is A Man”, It’s Hard doesn’t know what it wants to be. In fact, Daltrey and Townshend both admitted the album shouldn’t have happened, citing label pressure as the album’s driving force. Still, It’s Hard is at its strongest an indictment of political power, hyper-masculinity, and hedonism in a decade plagued by all three. At its worst, it’s the sound of a band who doesn’t want to exist. –Chris Thiessen 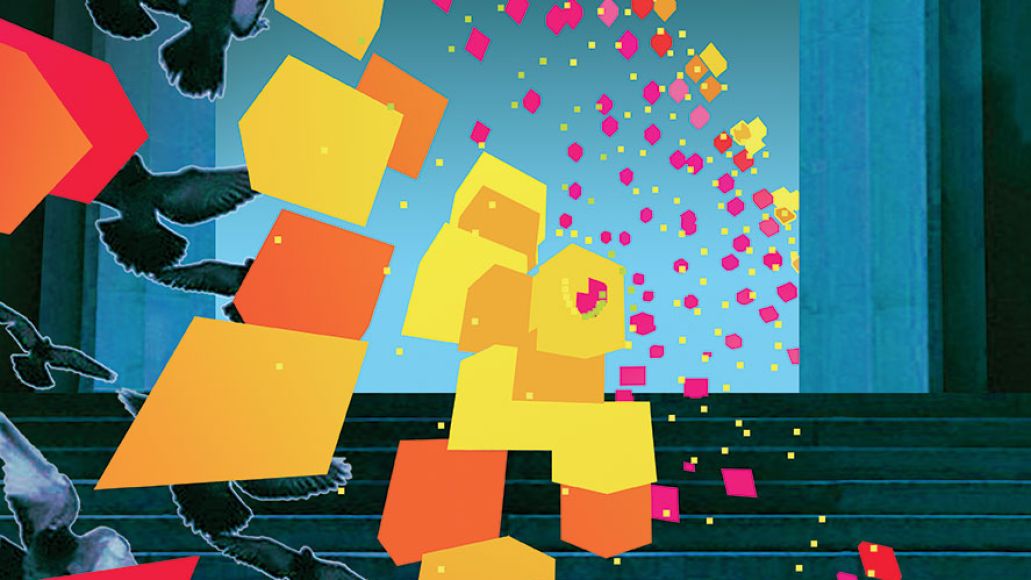 Overture: While the album’s closer, “Tea & Theatre”, serves as the prologue in Townshend’s loose narrative, it’s hard not to think about The Who’s own journey as Daltrey sings, “One of us gone/ One of us mad/ One of us me/ All of us sad.” Despite a tumultuous relationship across their 50-year career, the now-duo still perform their smoldering songs as one, choosing friendship and forgiveness over bitterness.

Guitar and Pen: “I lovingly mock you noble lords/ We all dress up to grand awards/ I do that as well” — “A Man in a Purple Dress”

Eminence Front: Townshend’s lead vocal performances are typically welcome change-ups amidst Daltrey’s powerhouse performances. On tender ballad “In the Ether”, he had the opportunity to either create a magical moment or a disaster with his Tom Waits-meets-Louis Armstrong garbling. Unfortunately, it’s the latter as Townshend professes his intoxicating love obsession.

Bargain: At 62 years old, Daltrey’s bluesy rasp is powerful as ever on “It’s Not Enough”, an explosive and contemptuous cry against other’s discontent and soul-draining demands. Co-written with Townshend’s eventual wife Rachel Fuller, “It’s Not Enough” is as well-crafted a rock song as The Who ever created.

Who Are You: Despite its low placement on this list, Endless Wire is an impressive feat for a band 40 years into their career. While most of their contemporaries have played the 21st century safe, replaying the old hits and creating nostalgia-heavy new material that remembers the good-ole days, The Who pour themselves into their 2006 return unafraid to take risks and explore new scenery. The shots don’t always land here, and Townshend’s mini-opera on disc two lacks the focus of Tommy and Quadrophenia. But the defiant rock and roll spirit of The Who permeates Endless Wire all the way through. –Chris Thiessen

Ranking: Every Album by The Who from Worst to Best