The Pitch: Unlike the blip between The Force Awakens and The Last Jedi, The Rise of Skywalker leaps forward a year to find the galaxy in a climactic flux. Kylo Ren (Adam Driver) is hacking through any potential threats. Rey (Daisy Ridley) is training harder than ever. While both Finn (John Boyega) and Poe Dameron (Oscar Isaac) are keeping the fleeting remnants of the Resistance afloat. These are tough times for anyone outside the First Order, and they’re only getting tougher as there’s a familiar disturbance in the Force — the unlikely and totally unexpected return of Emperor Palpatine (Ian McDiarmid).

Never Tell Me the Odds: J.J. Abrams had no such luxury. If we’re pulling an apropos Star Wars quote for him, it should probably come from Yoda. Maybe something like “Do or do not, there is no try.” Sure, that works. Look, it cannot be overstated how unenviable a position the guy was in coming into this project. There’s the polarizing response to The Last Jedi, which essentially turned the fanbase into an ideological war zone that’s as obnoxious as it is toxic. There’s the sensationalized fatigue stemming from Disney releasing Solo: A Star Wars Story so soon after Episode VIII. There’s the death of Carrie Fisher, despite General Leia being very much alive. There’s the splintered narrative beats between what Abrams and Lawrence Kasdan put into motion and Rian Johnson carried out. And then there’s the whole conceit of concluding not one, not two, but three trilogies.

“It’s the most challenging thing I’ve ever been involved in,” Abrams told Rolling Stone in their December cover story. “It’s been breakneck from the time that Kathy called me, and trying to figure out the what and the way and the how has been challenging. But you don’t want to go thinking, ‘I got this.’ Because then you’re screwed.” In other words, Abrams was out of his comfort zone for The Rise of Skywalker, and he’s all the better for it. Whereas he spent time strolling through Europe with Kasdan to figure out the story for The Force Awakens — sadly, not the rest of the goddamn trilogy — he was up against the wall here. In a way, he was no different than Lucas on the original film, forced to use his wits and tasked to find the magic that could make the whole goddamn thing work. To his credit, and to borrow a very obvious line, the Force was strong with him. Very strong. 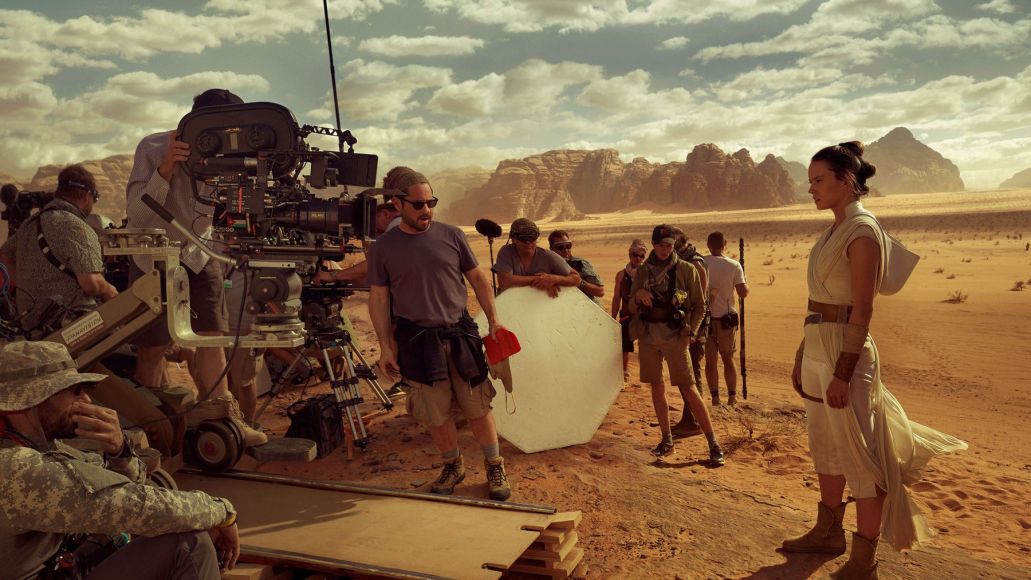 The Rise of the Skywalker finds Abrams at his most creative — and original. Seeing how The Force Awakens amounted to a reboot of A New Hope, and Johnson already had fun subverting both The Empire Strikes Back and The Return of the Jedi, there was really nothing left to mine. Abrams could only drum up something new, and that’s arguably the most intriguing facet to this final chapter. Because when you look past the obvious callbacks — most notably the (admittedly) shoe-horned inclusion of Palpatine — this is exactly the kind of film fans were starving for in 2015. There are new planets we haven’t seen, new vehicles we’ve never ridden, and new arcs we’ve never seen played out. It’s imaginative in ways this trilogy hasn’t been, and for that reason, strangely feels like the beginning of a story rather than the rousing finale it actually wants to be.

Even so, Abrams did his homework, and the narrative knots he’s tying here are symmetrical in astounding ways. Very little is left off the table in The Rise of Skywalker, dialing as far back to the prequels, which this trilogy had mostly been ignoring up until this point. (The fact that Abrams tasked himself to study up on The Phantom Menace, Attack of the Clones, and The Revenge of the Sith — particularly, in the midst of all the ensuing chaos around him — should speak to his dedication.) It works, though. By leaning on that symmetry, Abrams affords himself the agency to both conjure up a new story and propel it toward a finish line. It’s a delicate dance — and often fast and a little sloppy throughout — but it’s impressive nonetheless. At the very least, it further solidifies him as a physician of pop culture, someone who can read and write prescriptions with ease.

(Ranking: Every Star Wars Movie and TV Show from Worst to Best)

Anger Leads to Hate: In all likelihood, those who’ve been rallying around Johnson and his audacious chapter will foam at the mouth over Abrams and his more fan-friendly endeavor. (It also doesn’t help that both filmmakers have been mildly passive aggressive in recent interviews.) This is unfortunate because there’s an argument to be had that The Rise of the Skywalker actually makes The Last Jedi  stronger. Sincerely. Whereas Johnson chewed on themes of independence (and tossed shade to the military industrial complex), Abrams is far more invested in the idea of teamwork. This goes back to his original vision for this trilogy, which he summed up to Time back in 2015: “This is a story of disparate orphans who discover each other, and who discover that they can trust each other.” Naturally, he doubles down on that sentiment in The Rise of Skywalker.

Here’s the thing, though: The film and the franchise are all the better for it. From the get-go, Star Wars has always been about teamwork, and how there’s strength in unity. Abrams was never wrong to chase that, and the film’s cast — specifically, Boyega, Isaac, and Ridley — actually benefit from it. The proof is right there in this film’s first act, where every character is livelier than ever. There’s depth, there’s humor, there’s chemistry, there’s — gasp! — love. Finn has something to do, and that something actually means something. Poe has a history that extends well beyond his X-wing. Rey is struggling in ways that give her character definition. It’s as if Abrams recognized the strengths he overlooked in The Force Awakens — you know, like splitting up Finn and Poe some 20 minutes into the film — and it’s telling here in the way he wields his characters with the utmost clarity.

Okay, back to the big ol’ Rancor in the room: How does any of this support Johnson’s themes and messages in The Last Jedi? Well, all throughout The Rise of Skywalker, everyone is coming to terms with who they are, and by the end, the answers are out in the open. Now, some may frown at where Abrams takes such arcs — here’s looking at you, Rey — but they all suggest that personal identity is paramount to forging any kind of unity. After all, if we can’t be true to ourselves, how can we be true to others? That’s a powerful concept, and one that wouldn’t carry much weight without the pitfalls and penances the characters endure in Johnson’s chapter. Kylo Ren, in particular, thrives from this notion. His absolution of the past, which was mildly soured by his maudlin petulance in the second final act of The Last Jedi, says a lot about the alliance between both films. 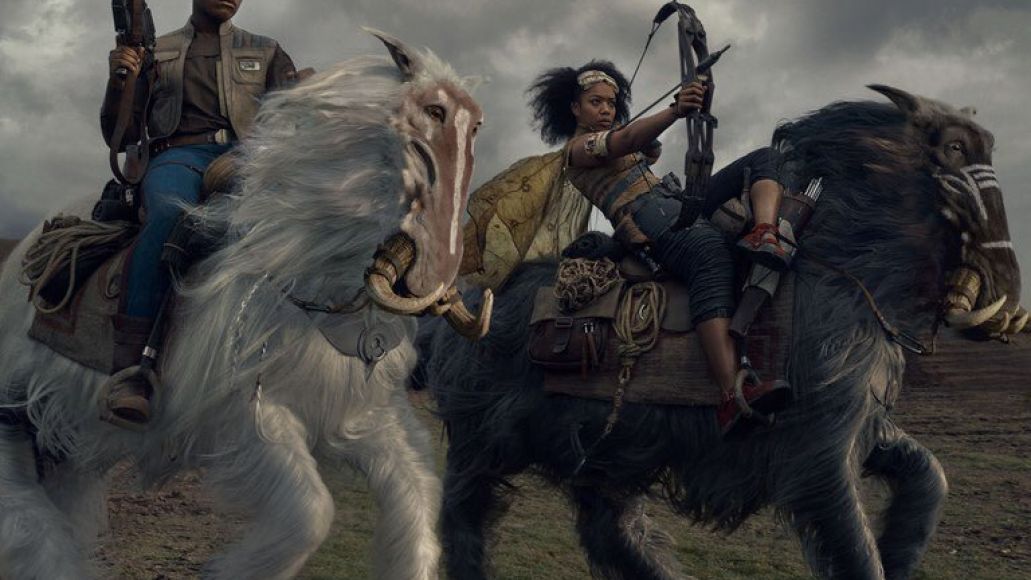 Who’s Scruffy Looking? Not this movie. No doubt motivated by Johnson’s MoMa-ready portraits in The Last Jedi, Abrams steps up his game on The Rise of Skywalker. It helps that he’s dealing with easily his most ambitious production yet — both spiritually and literally — but he ably matches the sheer magnitude of his story with one sweeping shot after another. His greatest flex is on the wintry planet of Kijimi, a new setting for the franchise that finds the sequel trilogy at a creative peak, at least aesthetically. How the terrain informs the subconscious duel between Rey and Kylo Ren should certainly let Johnson know he made an indelible mark on his predecessor/successor. Production wise, the setting also feels like an extended olive branch to those who read The Art of Star Wars: The Force Awakens, and quickly realized they were miffed on some truly imaginative stuff. That feeling boils over by the final two acts when Rey plumbs the wreckage of the second Death Star, and later encounters Palpatine. If you’re curious, google “Channard Cenobite.”

Taking One Last Look, Sir, At My Friends: Like Spielberg before him, Abrams prioritizes sentimentality. (Lest we forget he wrote Regarding Henry.) Pick any project of his and you could easily weed out how it’s worked both for and against him. So, it’s not surprising to see that The Rise of Skywalker preys upon your tear ducts and re-opens that dusty toy chest of yours to make you feel all bubbly and nostalgic inside. Sometimes it works, sometimes it’s a tad cloying, but altogether, it’s pretty earned. When you consider that this is the last ride, at least for the OGs, there’s admittedly some currency to being so treacly. Because when he does hit upon those beats — one of which may shatter your expectations — he tends to hit the mark. Much of this has to do with the evolution of these feelings. What began with “Oh my god, this is actually happening” in The Force Awakens has shifted here to “Wow, it’s all over again”, only Abrams doesn’t wear black to the proverbial funeral. Instead, there’s a sun-kissed tinge to these precious goodbyes, and since some of it is literal (as is the case with Fisher), you kind of appreciate the Hallmarkian approach. Again, not all of it lands, but when it does, the blanket’s warm. 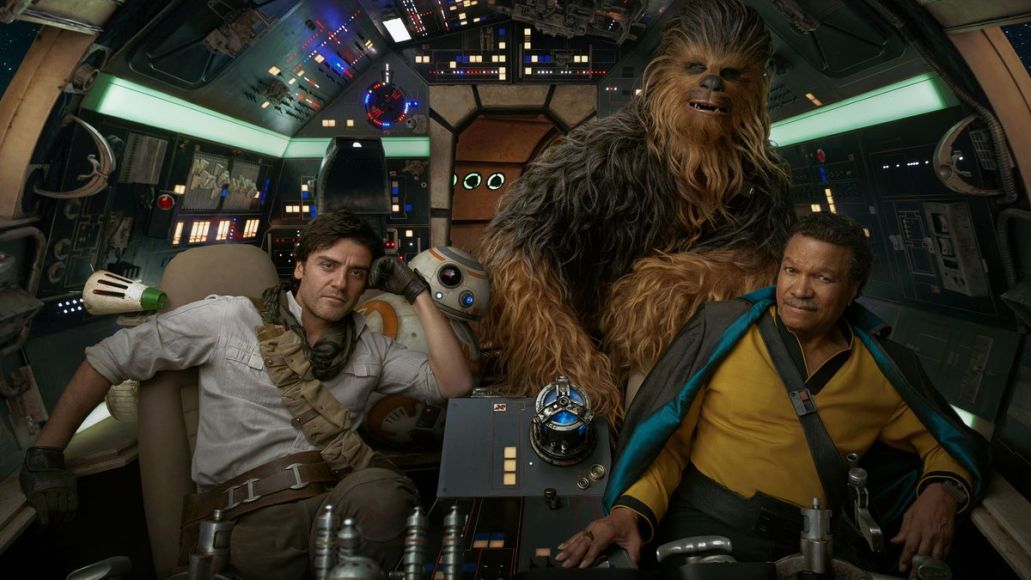 What About Lando? Absolutely beautiful. He truly belongs among the clouds. Billy Dee Williams slides right back under the cape as the smooth-talking General, and his few scenes are more affecting than just remedial fan service.

The Verdict: The Rise of Skywalker was never going to be perfect, and neither was this sequel trilogy. If you recall, the reboot of this galaxy started with screenwriter Michael Arndt getting canned. That alone should have clued you into the asteroid field that would later hit Josh Trank, Chris Lord, Phil Miller, and, yeah, let’s toss in Gareth Edwards for good measure. Despite these hiccups, though, the franchise itself has been what it’s always set out to be: a trip. Because if we’re being completely fair, none of the Star Wars films under the Disney banner have been outright bad. They all have their share of warts, true, but they’ve all hit the right buttons to varying degrees of success.

(Read: The Scene in Rise of Skywalker We Can’t Stop Thinking About)

The Rise of Skywalker is no exception. It’s a breakneck conclusion to what’s been a breakneck restart. Think about it: In only half a decade, the Mouse House has delivered nearly as many films as Lucas did in the 28 years he piloted the ship himself. That’s not only maddening, but part and parcel why this sequel trilogy has been riddled with errors. There’s been zero patience and hardly any long-term planning, which is ultimately why Abrams is tasked to juggle so many tasks in this self-imposed 25th hour. Given that context, The Rise of Skywalker is a monumental feat for the veteran filmmaker, whose impossible trench run should be seen as a remarkable save by Disney.

Great shot, kid. One in a million even.

Where’s It Playing? Everywhere in our galaxy on December 20th.

Film Review: Star Wars: The Rise of Skywalker Restores Balance to the Franchise