This article is sponsored by StubHub.

As you scroll through TV channels on your parents’ couch this holiday season, you’re bound to stumble your way into a Harry Potter movie marathon. ‘Tis the season for nostalgia, and few things are as comforting as returning to Hogwarts over the holidays. But if your annual Harry Potter movie binge just isn’t cutting it this year, then it’s time to get up close and personal with your childhood heroes at the theatre.

(Buy: Tickets to Harry Potter and the Cursed Child)

Winner of six Tony Awards, including Best Play, Harry Potter and the Cursed Child takes our nostalgia to the stage in the first official J.K. Rowling story to hit live theatre. Since its London premiere in 2016, the play has traveled across the globe to Melbourne, New York City, and most recently, San Francisco. (In 2020, it will premiere in Toronto and Hamburg.) Though the four-act play was written by British playwright Jack Thorne, the story concept comes from J.K. Rowling herself, making this the coveted eighth Potter story that fans have been begging for ever since we turned the final page of Harry Potter and the Deathly Hallows in 2007.

If you’re a serious Potter fan, you probably already know what happens in the play. After all, Jack Thorne’s script has been available in book form since the play’s world premiere. But if you’re not the kind of fan who still closely follows the franchise, you’re in luck. Cursed Child is actually better suited for the casual fan, rather than the aficionado. This is because there are, admittedly, some plot holes. (Voldemort did what with whom? And why would Hermione, now Minister for Magic, fail to protect her office against Alohomora, the Charms class equivalent of the “Smoke on the Water” riff?) But if you go into the play without your critical Spetrespecs, you’ll be in for a treat as sweet as Butterbeer. 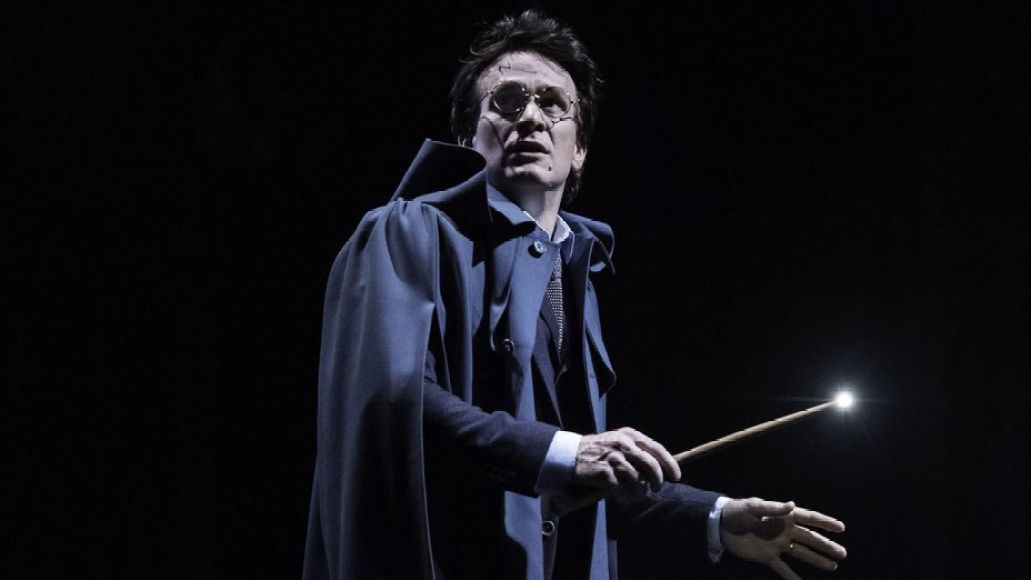 Harry Potter and the Cursed Child

Like the original books and movies, Cursed Child is a record-breaking feat. It cost over $68 million for the play to travel from London’s West End to Broadway, making it the most expensive nonmusical play in Broadway history. This also may be a product of the play’s sheer grandiosity. The performance is presented in two separate parts, clocking at around two hours and forty-five minutes each. But the special effects, set design, and overall aesthetics come about as close to “real” magic as humanly possible, making the immersive experience well worth the investment of time (and money). The play’s score, composed by Imogen Heap, is sublime; released as an album in 2018, the score stands on its own as a hypnotizingly captivating suite of music. It’s hard to live up to John Williams’ iconic “Hedwig’s Theme” from the movie franchise, but this interpretation is refreshingly contemporary. With the budget of one of the most successful franchises ever on its side, how could the production value be anything short of extraordinary?

The story picks up right where we last left Harry in the Deathly Hallows epilogue. Now a parent of three, Harry Potter brings his middle child, 11-year-old Albus Severus Potter, to Platform 9 and ¾, where he will embark on the same journey we took with Harry so many years ago. In Deathly Hallows, Albus Severus (what a name, right?) confides in his dad that he fears he will be sorted into Slytherin, the Hogwarts house that birthed Lord Voldemort himself. As we reunite with these characters at the start of Cursed Child, we learn that Albus’ fears were not unfounded; he is the first Slytherin Potter. As he grows more and more isolated from the famous Potter and Granger-Weasley families, he finds camaraderie with his new best friend, Scorpius Malfoy, son of Harry Potter’s schoolboy nemesis and bully, Draco.

Scorpius Malfoy is J.K. Rowling’s most irresistibly lovable creation since Luna Lovegood. Unlike his father at his age, Scorpius is whip-smart, bursting with nerdy enthusiasm and sincerity. Albus and Scorpius are an unlikely duo, given their parentage, but their fiercely loyal friendship is the biggest success of Cursed Child, next to the invention of the Trolley Witch. 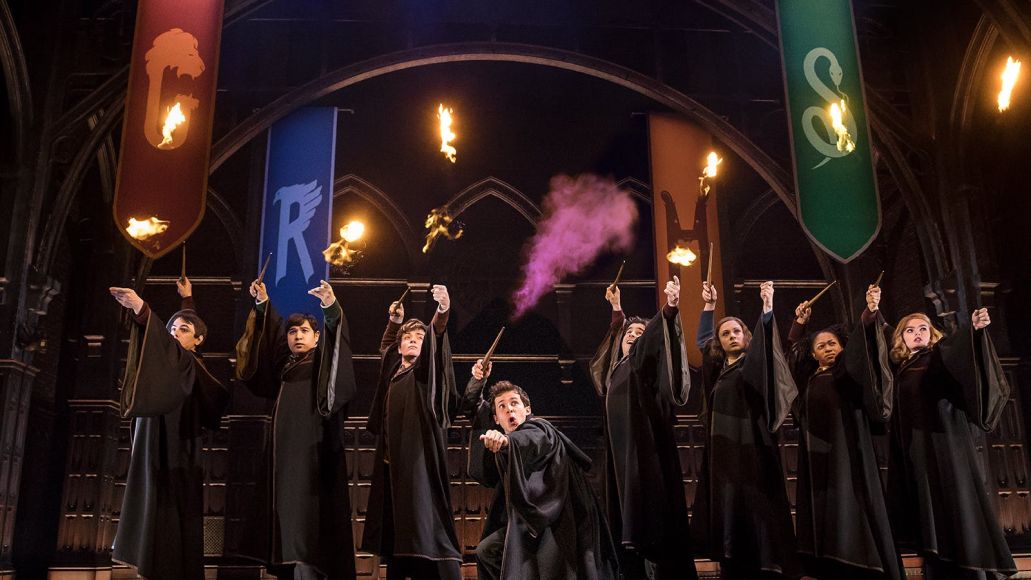 Harry Potter and the Cursed Child

Both burdened by the weight of their fathers’ legacies, the two young Slytherins craft the wild idea that they should go back in time to reverse the death of Cedric Diggory at the Triwizard Tournament. As our new underdog heroes go back to the events of Harry Potter and the Goblet of Fire, they learn that messing with time is never as simple as it seems. Thus, the time-turning plot allows Cursed Child to maximally capitalize on the audience’s nostalgia. We see the blanket Harry was wrapped in on the Dursley’s doorstep; we see Severus Snape alive in an alternate dimension, still fighting for the good side; we see Ron and Hermione fall in love all over again.

Perhaps Albus Severus Potter and Scorpius Malfoy travel back in time to fulfill our own desires to return to what we know best: the feeling of losing ourselves in the endlessly fascinating universe of magical Britain. Every holiday season, we know we’ll have the books and movies to experience again and again — but, even though it’s been successful in the box office, all productions will close their curtains eventually. So, grab your best Weasley sweater, get to the theatre, and let the warmth of nostalgia get you through the cold holiday season.

Wave your magic wand and get tickets to Harry Potter and the Cursed Child here.