Hometown heroes Wilco returned to The Chicago Theatre for night three of their semi-annual Winterlude residency. The 28-song set was peppered with Jeff Tweedy’s trademark bon mots on Wilco’s subjective coolness (“We’re still here, so fuck it!”), the secret to Nels Cline’s extraordinary “Impossible Germany” guitar work (“Every night after that solo, his fingers have to regenerate like a lizard.”), and shout outs to old friends (“We’d like to dedicate [‘California Stars'” to our friend Jay [Farrar?]. We’re glad he’s here.”).

The polite but very enthusiastic audience (it was a Wednesday evening show, after all) responded in kind, cheering after every extended jam, every solo, and even initiating a spirited Springsteen-inspired “Bruuuuuuuuuuuuuuuuce!” chant following Tweedy’s dedication of “Everyone Hides” to his brother-in-law Bruce (“Not that Bruce.”). Sharon Van Etten, who opened the night with a short solo set, joined Wilco on vocals for “Radio Cure”, which the band had not performed live since 2017. (Van Etten’s own version can be found on the recent Wilcovered compilation album.)

The show closed with a lush rendition of John Lennon and Yoko Ono’s “Happy Xmas (War Is Over)”, with Van Etten, Sima Cunningham, and Liam Kazar on backing vocals and percussion. It was a perfect button on a set that was at times ironic, at times earnest, but wholly optimistic. And thanks to the Theatre’s warm acoustics, Wilco’s intricate musical arrangements sounded especially rich. It was a welcome respite from what’s already been an icy winter for Chicago, and a pleasant reminder that the sun soon will peek through the clouds and the ice will eventually melt.

An ode to joy, indeed. 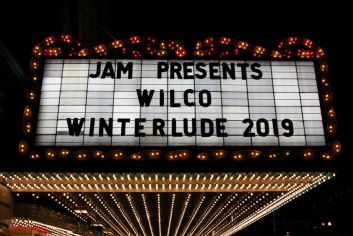 Wilco 2019 Winterlude at The Chicago Theatre, photo by Heather Kaplan

Wilco 2019 Winterlude at The Chicago Theatre, photo by Heather Kaplan 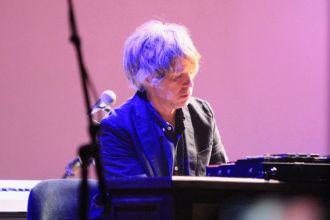 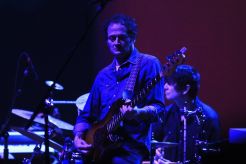 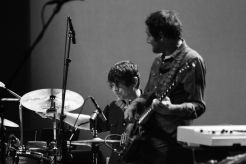 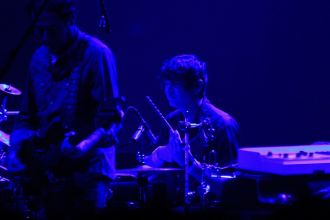 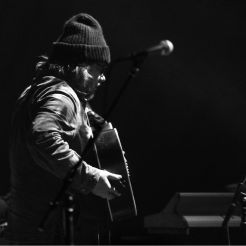 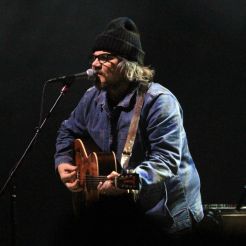 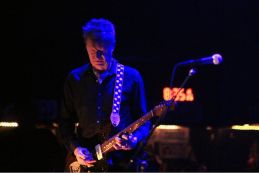 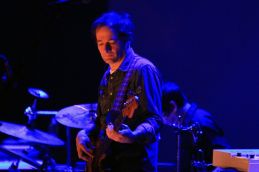 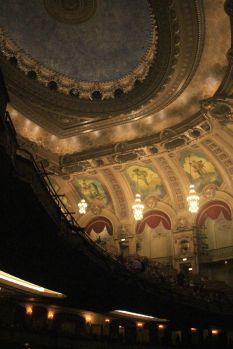 Bright Leaves
Before Us
I Am Trying to Break Your Heart
Kamera
Handshake Drugs
Side with the Seeds
One and a Half Stars
I Might
Hummingbird
White Wooden Cross
Via Chicago
How to Fight Loneliness
Bull Black Nova
Random Name Generator
Radio Cure
Impossible Germany
Jesus, Etc.
We Were Lucky
Love Is Everywhere (Beware)
Box Full of Letters
Everyone Hides
Dawned On Me
I’m the Man Who Loves You
Hold Me Anyway
The Late Greats
Encore:
California Stars
Outtasite (Outta Mind)
Happy Xmas (War is Over) w/ Sharon Van Etten [John & Yoko/The Plastic Ono band cover]