Update – February 24th: Metallica has bowed out of Sonic Temple due to a scheduling conflict with James Hetfield’s recovery program. In their place, Red Hot Chili Peppers and Tool will be filling in.

The 2020 lineup for the Sonic Temple Art + Music Festival has been unveiled, with Metallica, Slipknot, and Deftones leading the way. The massive rock and metal gathering takes place May 15th-17th at Mapre Stadium in Columbus, Ohio.

Sonic Temple made its debut last year, replacing the long-running Rock on the Range festival at the same venue. It was previously announced that Metallica would headline five US festivals produced by Danny Wimmer Presents in 2020, with Sonic Temple being one of them.

Metallica will close out Friday and Sunday with unique sets each night, while Slipknot will headline the Saturday lineup.

Update – December 13th: Sonic Temple has released its daily lineup. The rest of this article, as well as the festival poster, have been updated accordingly.

In addition to the music, there will be live demonstrations and exhibitions from a number of visual artists, as well as a collaboration with with Metallica’s Blackened American Whiskey and Enter Night Pilsner.

Tickets to the festival, including weekend and single-day passes, are currently available here. 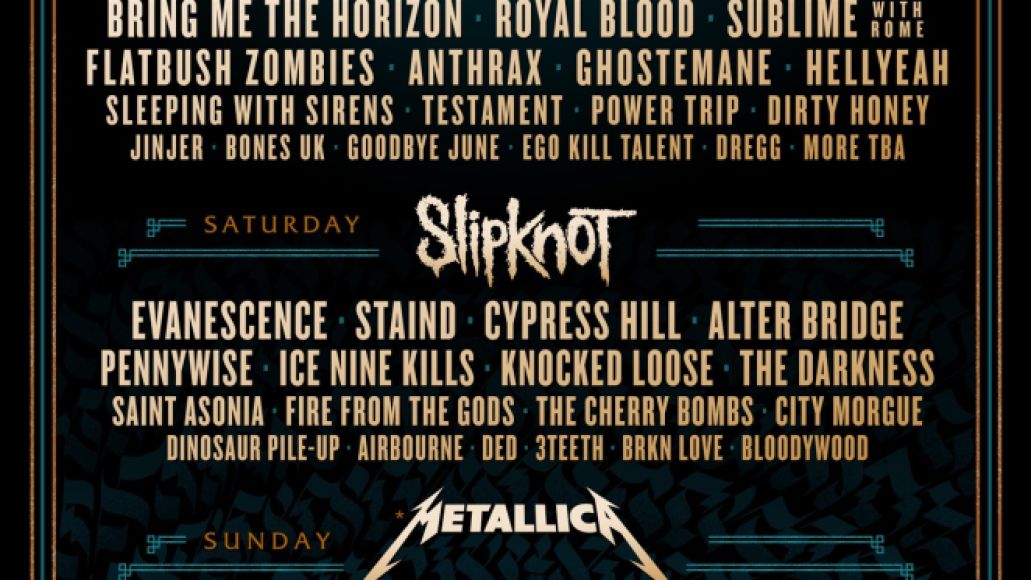