Popcaan has released his debut mixtape, Vanquish. Stream it in full below via Apple Music or Spotify.

The 10-track collection includes titles such as “Numbers Don’t Lie”, “One Ting Alone”, and “Happy and Wealthy”. There’s also the early romantic single “Promise”, which was meant to “give motivation to girls that have been through or are going through bad situations and relationships,” according to the Jamaican dancehall artist. “A reminder that ‘If you fall already, I’m here for you, promise.'”

Although it’s his first-ever tape, the collection follows Popcaan’s two full-length albums, 2014’s Where We Come From and Forever  from 2018. Vanquish is also his first project on Drake’s OVO Sound, to which he signed earlier this year. He and Drizzy are no strangers to collaborating together; the pair teamed on 2015’s “Know Yourself” and Popcaan appeared at Drake’s OVO Fest this past summer.

“This project is a Christmas present for all my fans, especially the ones who will be turning out and supporting me at the ‘Unruly Fest’ the day after the release,” Popcaan said. “Next year will come the real album, but for now let’s enjoy ‘Vanquish’ together.” 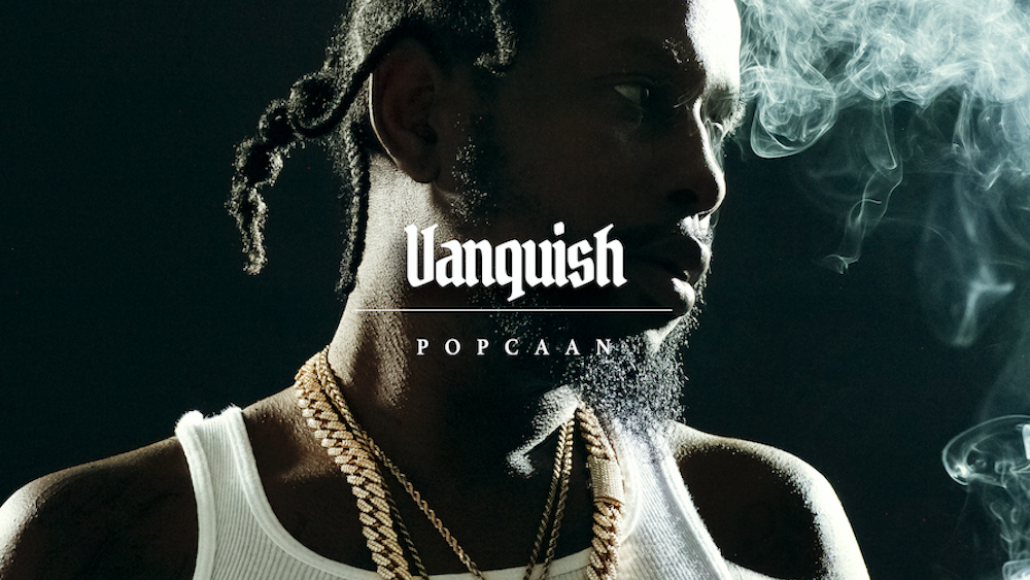