Tech N9ne teased his forthcoming new album, set to drop in 2020, with November’s ENTERFEAR – Level 1 EP. Today, he’s announced a loaded spring tour in support of that release, in addition to sharing a music video for the track “Yeah No!”.

Jelly Roll will be along for all but three of the dates, with further support coming from Krizz Kaliko, King Iso, and MAEZ301. Get tickets to all of Tech N9ne’s upcoming concerts here.

In addition to the “ENTERFEAR Tour”, Tech has unveiled a new music video for “Yeah No!”. For the collaboration with singer Mackenzie Nicole, the rapper adopts some religious imagery that borders more on a cabal. Take a look below, followed by his full tour schedule.

Tech N9ne also recently teamed up with Flatbush Zombies on their The Architect-produced cut “Monica”. 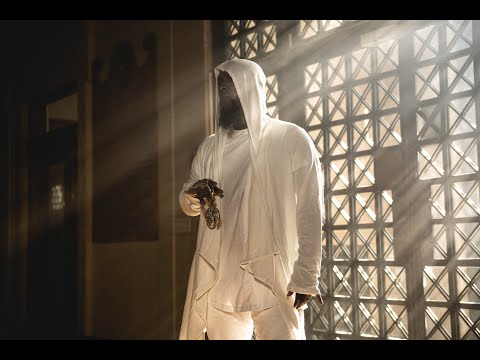