Fuck it. It’s been a good decade.

I know, I know, we’re not supposed to be positive. Optimism is naivety. The world is run by fools, nothing is good, we’re all going to die before our time, etc. etc.

However, it recently dawned on me that often the most vocal doomsday preppers and preachers are those who’ve always had it good. Those who’ve had the privilege of being granted permission before they’ve even asked. The decades before this one have always been ruled by the palatable, the approachable, the keepers of the status quo.

But, in the 2010s, the outcasts and eccentrics reigned supreme. We talked about mental health and scheduled time with our therapist out loud during our daily commute. We coined the term self-care and redefined and realigned with it in a direct reaction to the #hustle culture of the early aughts. We walked in women’s marches, amplified the tenets of Black Lives Matter, and told those who misused their power that their time was up. We bolstered LGBTQ issues and legalized same-sex marriage throughout the country.

Yes. Much of this was in reaction to power structures that shouldn’t have been and are still in place. But that doesn’t mean we don’t get credit for squaring up and saying enough. We might not be where we need to be, but here’s to leveling the fuck up.

What you’re about to see is a soundtrack for those moments, songs that captured the essence of the past 10 years. Montage music for the misfits, if you will.

Through the filter of the 2010s, Robyn’s “Dancing on My Own” isn’t just a dance song, but a primer on subdued defiance. Kanye’s “Power” becomes a prophetic warning. Father John Misty’s “Chateau Lobby #4” in all its dysfunction and irony can still call itself a relatable love song. Whether it’s the post-collegiate slump captured in Vampire Weekend’s “Diane Young” or the cathartic chorus detailing a triumph return to self in Florence and The Machine’s “Shake It Out”, the songs we chose not only speak to the ethos of those who wrote them, but to those who listened to them … and why.

In an attempt to collate the undeniable and entangled feelings of the last 3,650 days, we’ve pulled together the songs we leaned into during the heartbreak, political turmoil, celebration, and devastation that was the 2010s. From the hip-hop political to pop sensational, the sultry R&B to the new frontiers of rock, our favorite tracks broke down social norms, colored outside genre lines, and just did whatever the fuck they wanted, then called it art. I’d like to think that in some ways, we all spent the last decade doing that very same thing. 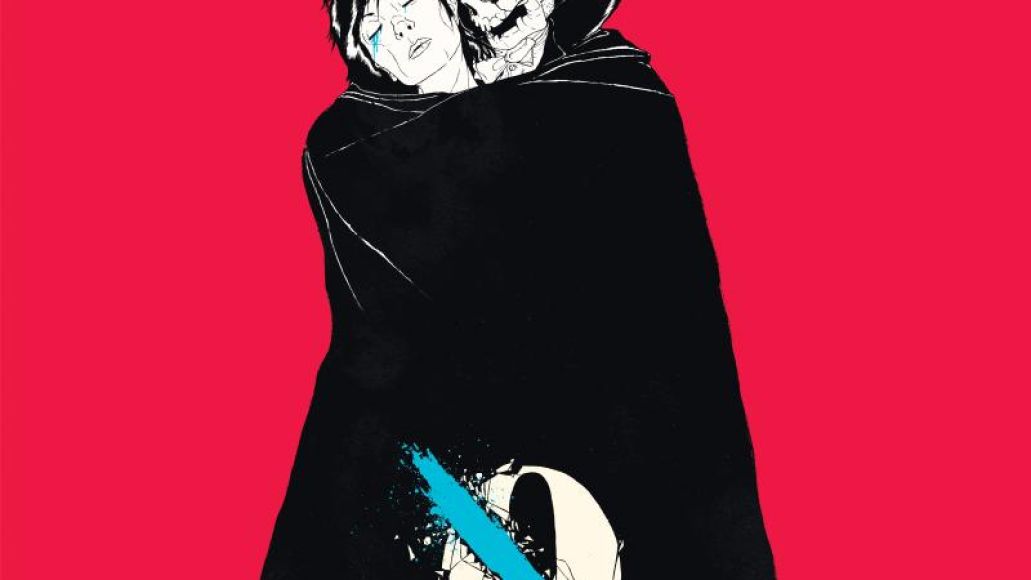 Queens of the Stone Age returned in 2013 after a six-year hiatus with the brilliant …Like Clockwork LP. “My God Is the Sun” was the lead single, and it brings together nearly everything QOTSA do best, from stoner metal to taut desert rock. The riff is undeniable, the rhythm section pummels with urgency in a way it hadn’t since “Songs for the Deaf”, and Josh Homme’s croon is impossibly charismatic and sexy. On an album full of sonic detours and exploration, “My God Is the Sun” is the monolithic slab of rock that connects the group’s past with their future. –Jim Shahen 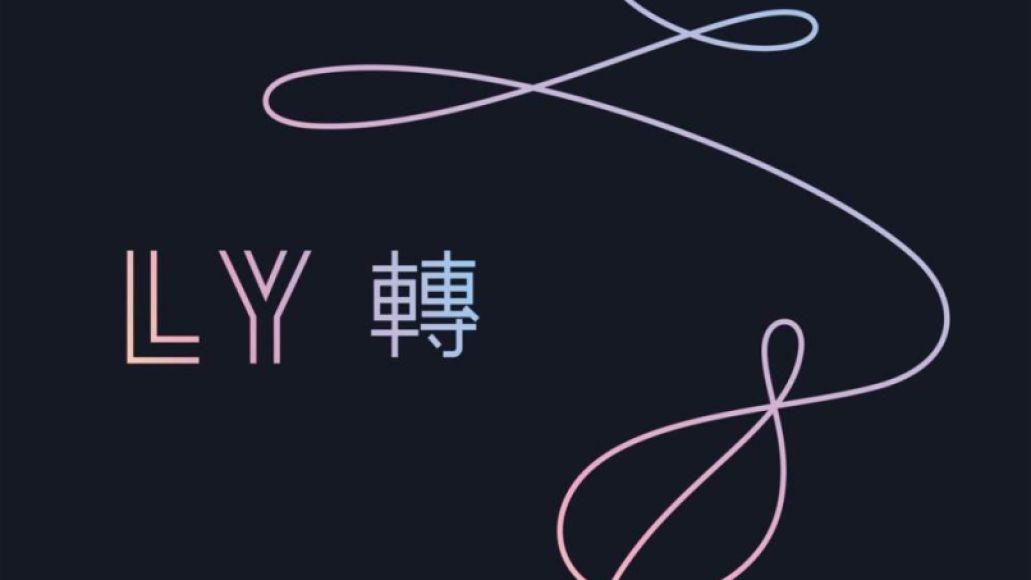 Think about how many people haven’t heard the biggest band in the world and maybe at first you’ll grimace about the death of the monoculture. Then maybe you’ll have the epiphany that it’s a good thing for complacent, old America to play catch-up. BTS’ anti-gravity dance routines and anything-goes stylistic breadth have resulted in visionary synth-pop,hip-hop, Halsey-pop, hair metal, and double albums. The breathy anthem-ballad “Fake Love” is from the latter and helped set records for the seven-piece K-Pop juggernauts on complacent, old America’s charts. Not bad for a boy band transfixed with Jungian psychology that barely sings in English. –Dan Weiss 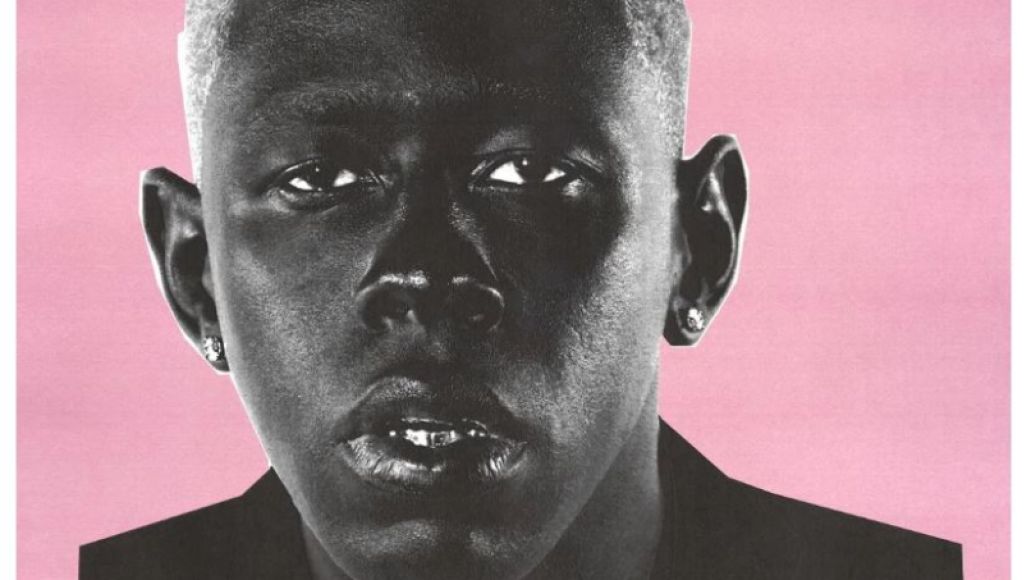 In “EARFQUAKE”, Tyler, the Creator promises he’s “for real this time.” From getting banned from entering the UK to rapping he’ll “stab Bruno Mars in his goddamn esophagus,” Tyler was often viewed as a callous, explosive, and jocular individual. But on IGOR, Tyler isn’t joking. Like its predecessor, Flower Boy,  the album is baked in ornate production, flirting with ideas of uncertainty and a crumbling love. The first glimpse into this uncertainty is found on “EARFQUAKE”. Originally written with Justin Bieber in mind, the catchy standout single balances a mixture of off-kilter harmonies and brazen instrumentals depicting Tyler struggling to maintain his grip on his relationship, begging for some “conformation for how you feel” and trying to literally calm the “storm” by affirming “it’s [his] fault.” Taken in total, “EARFQUAKE” serves as an emblem for Tyler’s mastery and growth as not only a musician, producer and songwriter, but also as a person in general. –Samantha Small 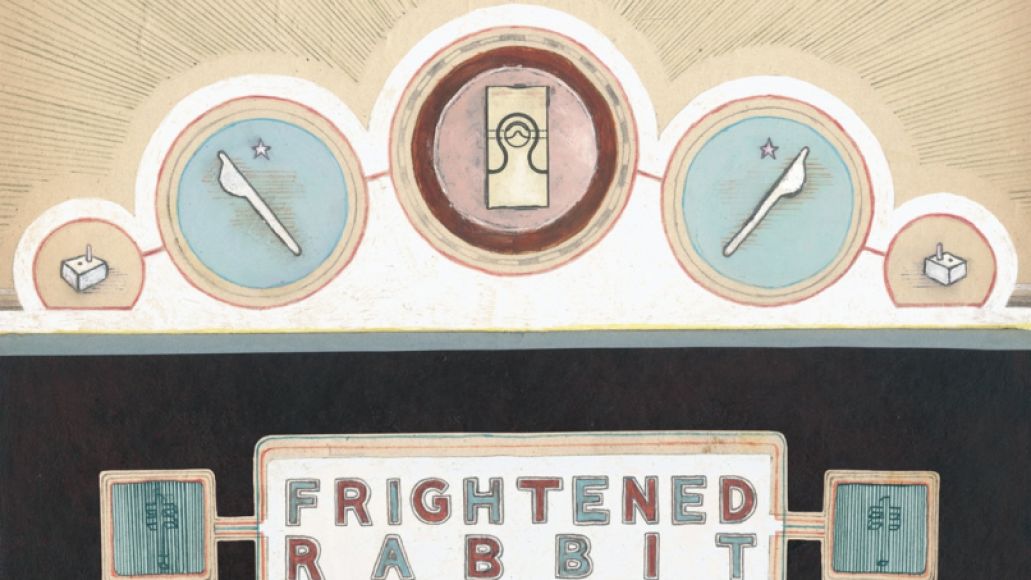 Much of Frightened Rabbit’s music is somberly re-contextualized in the wake of frontman Scott Hutchison’s tragic death in 2018. While a song about walking into the sea to drown seems eerily close to the circumstances of his suicide, “Swim Until You Can’t See Land” is actually a beautiful analogy about finding courage in the face of uncertainty. Coming from one of the genre’s most complicated songwriters, it’s delivered as a pristine example of unfussy early-2010s indie and one of Hutchinson’s masterpieces. The track remains a stirring note of hope that will continue carrying listeners onward well after Hutchinson departed for shores unknown. –Ben Kaye 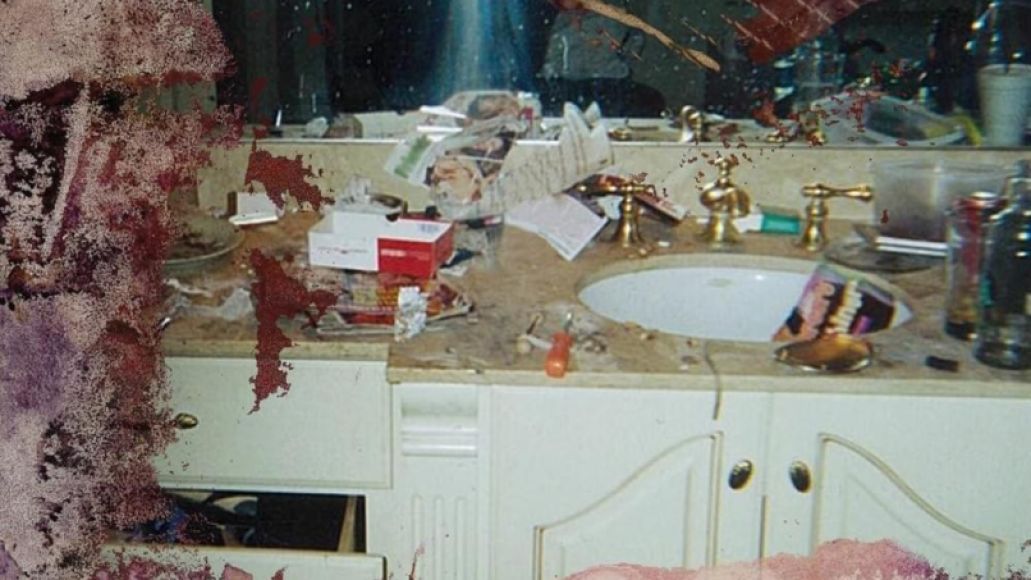 Of the five albums and dozens of songs produced by Kanye West at Jackson Hole last summer, there was no beat as spicy as “If You Know You Know” and no MC as ready to eat it up. Pusha T is the preeminent craftsman of coke rap, making syllabic avalanches sound as natural as a conversation over coffee. The beat is full of bravado and humor, perfect for both punchlines and straight stunting. So much of the time, it’s both: “If you know ‘bout the carport/ The trap door’s supposed to be awkward/ If you know, you know.” The whole song is delivered this way, with half a shrug and a cocky smile. –Wren Graves 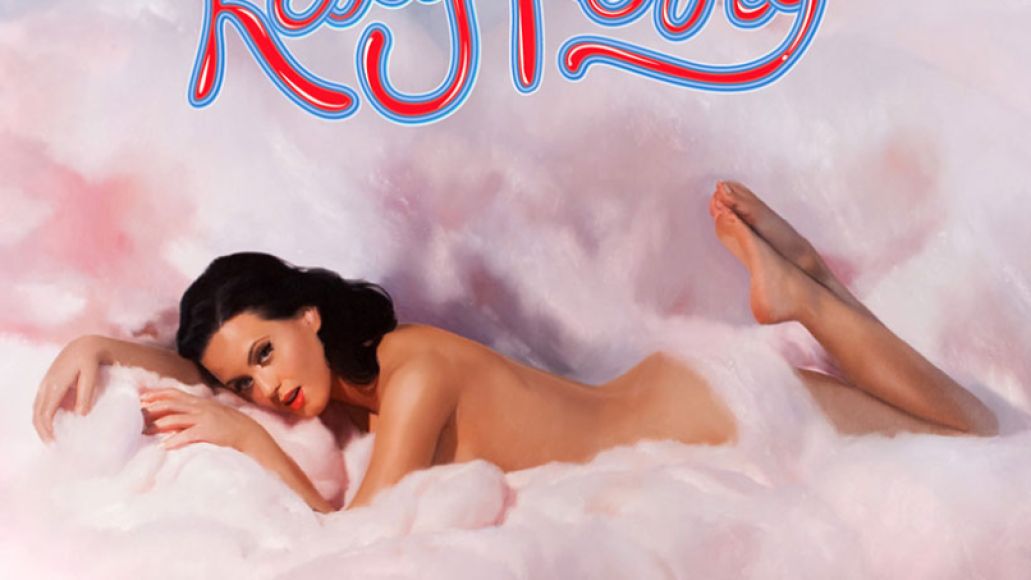 Katy Perry had hit her stride by her third album, Teenage Dream. It was pop music escapism at its best, and “Firework” was the ring leader in the getaway. Sweet without being cheesy, positive without being overbearing, motivational without being condescending, it gave a whole generation of sad song lovers something to dance about. Perry did, however, want the track to be more than just something to sing along to. After dedicating the hit to the “It Gets Better” project, Perry shared the meaning of the song, saying, “A lot of times it’s only us that’s standing in the way of reaching our goals, fulfilling our destinies, being the best version of who we possibly can be, so that’s why I wrote it.” — Erica Campbell 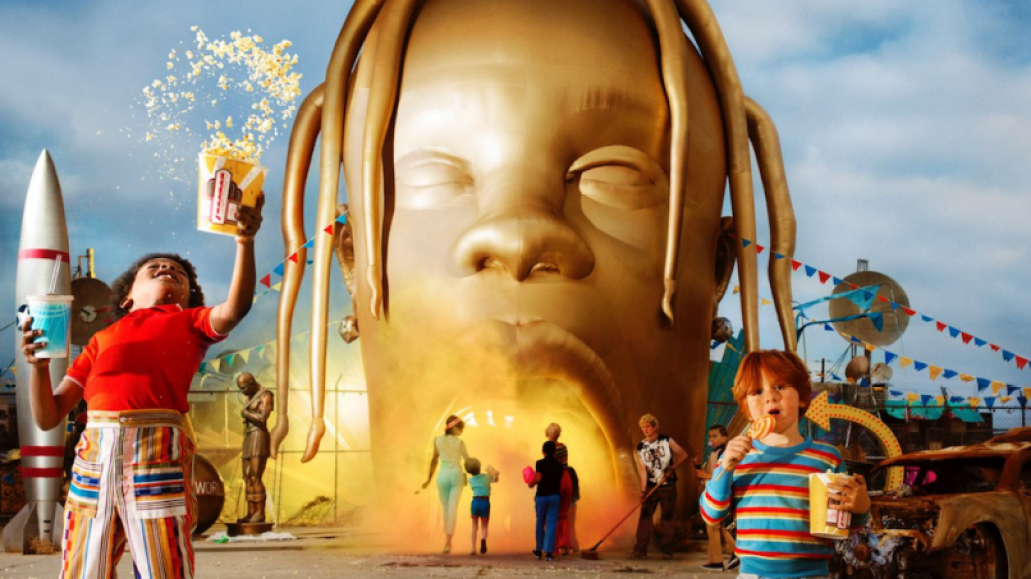 It was the track that had us out like a light. As a three-part suite from the seamless opening of Travis Scott’s third album, ASTROWORLD, it doesn’t open with Scott himself, but the uncredited surprise of Drake in a rampant back-and-forth that shook 2018. As Scott’s first No. 1 on the Billboard Hot 100, “Sicko Mode” also spent 30 weeks at top 10. With a screwed-up bridge featuring Swae Lee and posthumous vocals from Big Hawk, “Sicko Mode” was a captivating hit that wrapped up the two-tier Wish You Were Here tour dates with vomit-filled animation on the show’s projectors. The rage goes on. –Jaelani Turner Williams 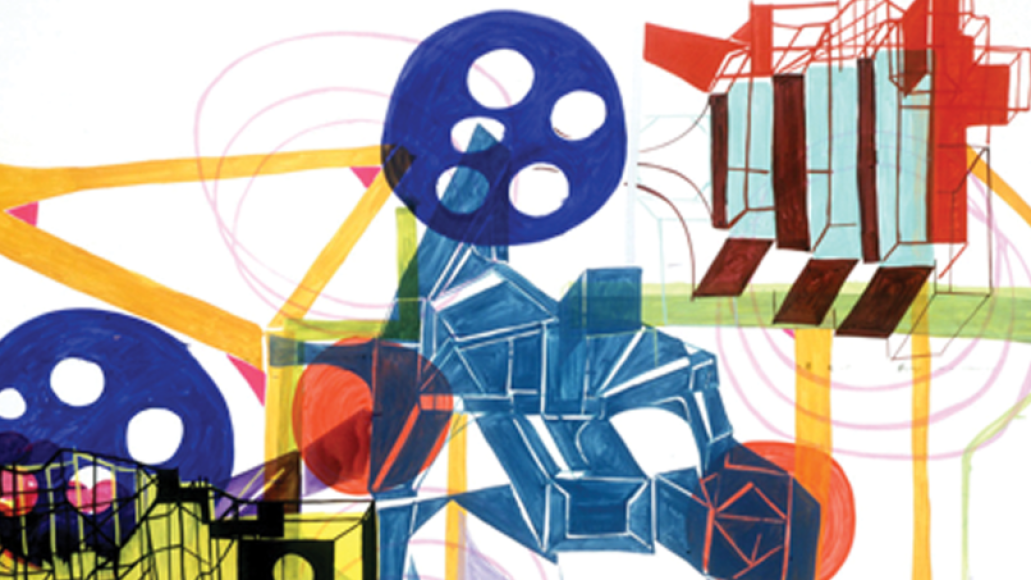 Never doubt Jeff Tweedy and his need for more paper. When Wilco go long, they earn it, and “One Sunday Morning (Song for Jane Smiley’s Boyfriend)” is no exception. The closing track to 2011’s The Whole Love finds Tweedy wrestling with themes of mortality, religion, and closure for a good 12 minutes, churning out what feels like an indie drama in the vein of Baumbach or Anderson. Yet, while the song does feel cinematic, it’s also surprisingly sparse for the Chicago outfit, a trick they’ve been exploring all decade. It fits the source material, though, to which Tweedy keeps up an unspoken conversation between a son and his deceased, overbearing father. Devastating and beautiful. –Michael Roffman 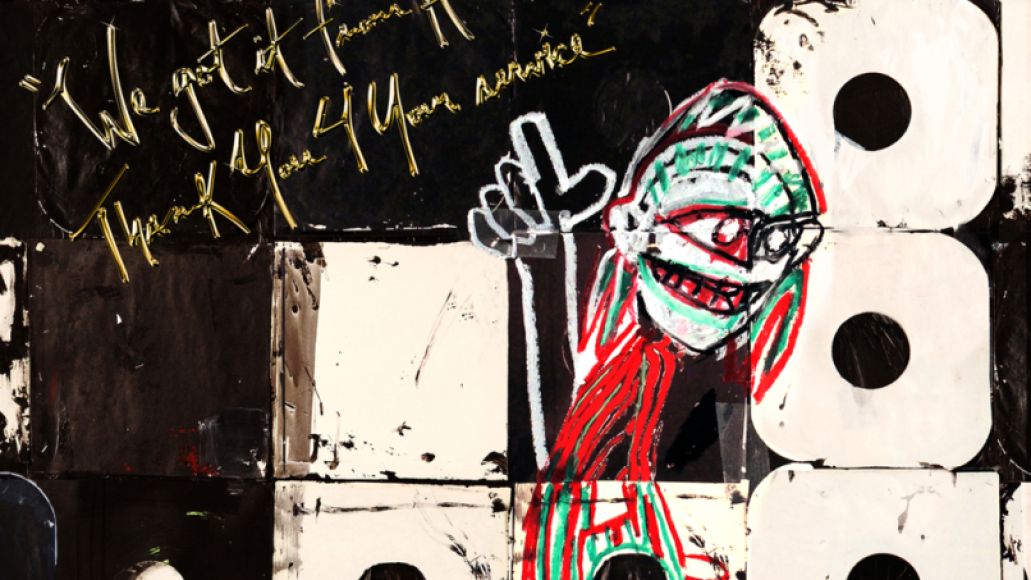 Three minutes, two verses, one hook. That’s all it took Tribe to deliver a sprawling (and scathing) synopsis of America just nine days after Trump’s election. Q-Tip, still subscribing to the “Low End Theory”, delivers punishing production (sampling Black Sabbath) liable to punch you in the gut just as hard as their indictment on rising racism, classism, xenophobia, homophobia, gentrification, and gender inequality just to name a few discussion topics. Despite a recording hiatus of 18 years, the track is unforgettably urgent, featuring some of the most laser-precise bars of Tip and the late Phife Dawg’s career. –Christopher Thiessen 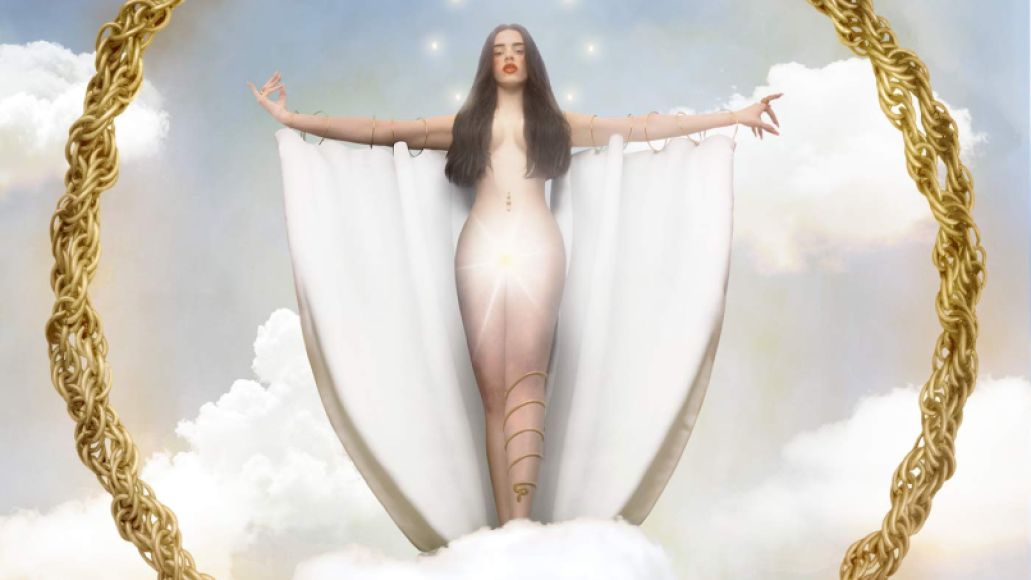 The sensation of hearing Rosalía’s earthquake of a voice for the first time is like discovering a new color. Maybe it’s because hearing the 26-year-old Spanish singer’s signature vibrato over her striking fusion of flamenco and polyrhythmic pop is the closest thing you’ve ever heard to modern-day opera. Or rather, opera that even classical haters (hi) can enjoy when stretched across piles of hand claps that gesture at Timbaland and reggaeton. Or maybe it’s the videos. “Malamente” was merely the opening battering ram that sent 2018’s astonishing El Mar Querer skyrocketing; few artists are so poised to completely revolutionize the 2020s. –Dan Weiss