For decades, Neil Peart had been considered one of rock’s greatest drummers — rightfully mentioned in the same breath as John Bonham, Keith Moon, Ginger Baker, and Stewart Copeland, among only a select few.

So, when news broke on January 10, 2020, that the long-time Rush drummer had passed away a few days earlier at the age of 67, after a secret prolonged battle with brain cancer (glioblastoma), it expectedly shook the rock community. Tributes poured in from dozens of fellow musicians, many of whom were highly influenced by Peart’s drumming.

While Rush originally formed in 1968, it wasn’t until singer-bassist Geddy Lee and guitarist Alex Lifeson welcomed Peart into the lineup in 1974 that the band’s music began to coalesce into its trademark prog-metal sound — with Peart providing his exceptional drum skills, as well as serving as the band’s lyricist.

On the strength of such classic albums as 2112, Permanent Waves, and Moving Pictures (and such standout songs as “Closer to the Heart”, “The Spirit of Radio”, and “Tom Sawyer”), Rush became one of the world’s most popular and influential bands.

Some argue that Peart was, in fact, rock’s greatest drummer of all time, but regardless of where you stand in that debate, there’s no denying his mastery behind the kit. Here are 10 moments that demonstrate Neil Peart’s awesomeness.

Thanks to modern day technology, the “drum cam” has become every drummer’s friend – especially when it comes to studying their favorite percussionists. And as part of Rush’s Rock in Rio DVD, we are able to follow and investigate Neil’s every move, as he effortlessly navigates through one of the trio’s most challenging compositions, first heard on 1978’s Hemispheres.

09. Inspiring a Legion of Drummers (and Air-Drummers)

While it may be impossible to emulate Neil Peart behind the kit, anything is possible in our imaginations. In 2015, the Police’s Stewart Copeland declared Neil as “The most air-drummed-to drummer of all-time” to Rolling Stone. And if you need any proof to back that claim, there’s no better video than this clip of a veteran Rush fan doing his best Peart impression during a rainy Baltimore Ravens game.

Stewart Copeland often invites friends/musicians into this home studio, dubbed “Sacred Grove”, for improv jams and fun – filming the results, editing them, and putting them online for all to see. And a few years back, a jam between Copeland, Peart, Tool’s Danny Carey, and Primus’ Les Claypool took place. While admittedly it’s no “Stairway to Heaven”, the footage showed that Neil could easily adapt to loose/laidback jamming, too.

07. Impacting “Freaks and Geeks” all over the world

The cult TV classic Freaks and Geeks may have only lasted a total of 18 episodes, but that was more than enough time for Peart to penetrate the show’s storyline. Aspiring drummer Nick Andopolis (played by Jason Segel) captured the spirit of a legion of early ’80s teens who championed the skills of their favorite prog drummer. In the clip above, Nick pours his heart and soul into a performance of “Spirit of the Radio”, and in another scene he calls Peart “the greatest drummer alive” while listening to “Tom Sawyer”. Years later, Segel and Paul Rudd geeked out while meeting Rush in person.

06. Swinging with a Big Band

Ever since he joined Rush in 1974, Neil had been considered one of rock’s premiere drummers. And while he’s most aligned to the prog-metal genre, he was no one-trick pony, as evidenced by the time he performed at a tribute show in 1991 for jazz great Buddy Rich — playing the classic “Cotton Tail,” before taking an unaccompanied solo around the 3:50 mark.

Rush’s career was seemingly in danger of derailment after their third album, Caress of Steel, failed to set the charts alight. Despite promising their record label they were working on “easier to digest” material, they secretly went in the complete opposite direction – composing and recording an epic composition comprised of several movements, entitled “2112” (with Neil’s lyrics, inspired by writer/philosopher Ayn Rand, serving as a main ingredient). The album of the same name served as Rush’s breakthrough — just in the nick of time.

04. Rocking a sweet mullet without missing a beat

For a spell in the late ‘80s, the “mullet” hairstyle seemed to go hand and hand with heavy metal. And while David Bowie may get credit as being the rock ‘n’ roll pioneer of the mullet (circa Ziggy Stardust), this 1974 promo video footage of Rush killing it on a reading of “Anthem” shows Neil was not far behind Bowie…and may have helped introduce the look to metalheads. And he also may have been one of the first rockers to sport another hairstyle – “the rattail” – as spotted in this clip from 1985.

Can we all agree that “YYZ” (properly pronounced as “Why-Why-Zed”) is the greatest rock instrumental of all-time? Good, I knew we could! And while the studio version off Moving Pictures gives each Rush member enough room to stretch out and show their skills, this live rendition contains an additional unaccompanied drum solo, as a special added bonus!

Often overlooked due to his stellar drum skills was Peart’s role as Rush’s primary lyricist. And certainly, some of his best lyrics can be found in the song “Limelight,” which deals with the downside of celebrity (in particular such lines as “I can’t pretend a stranger is a long awaited friend”). Other standout lyrics that the drummer penned can also be found in “Losing It” (which deals with attrition) and “Subdivisions” (about social stratification). 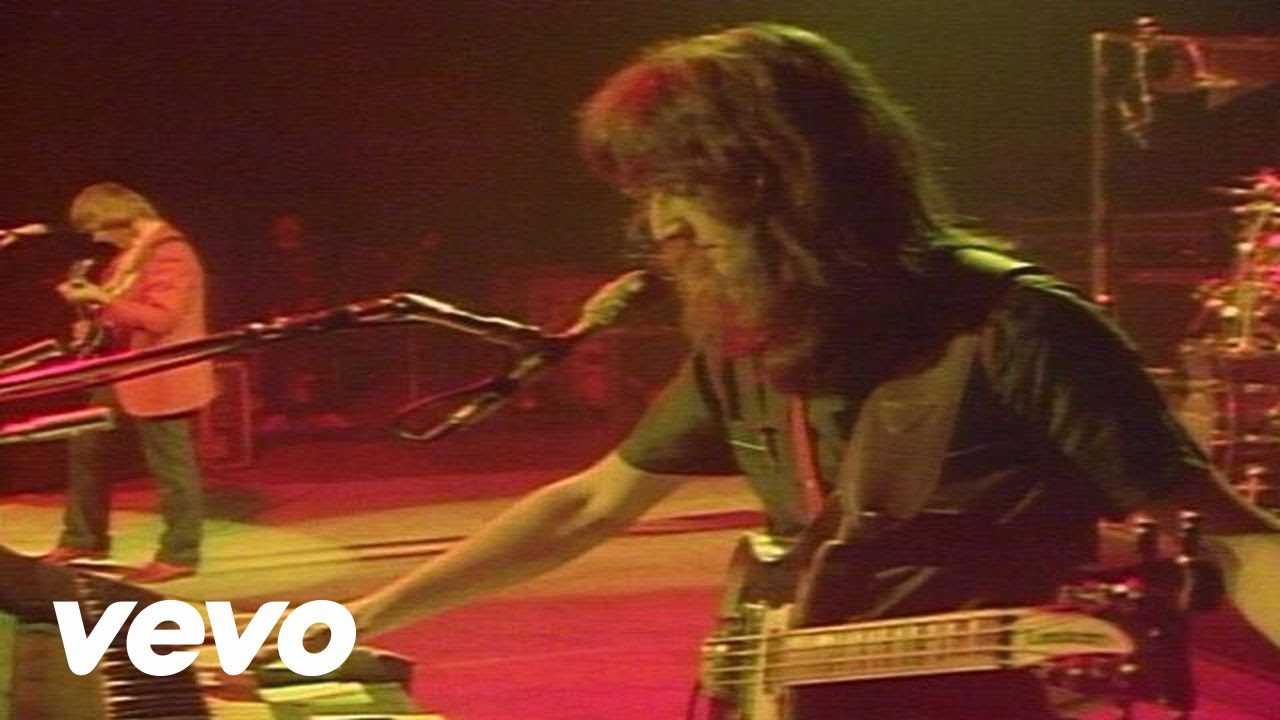 Rush’s best-known tune is “Tom Sawyer,” which is probably being played somewhere in the world right this second on a classic rock radio station or at a sporting event. Another one of Neil’s finest lyrics (co-penned with Pye Dubois), the track also features some of his best drum fills – beginning around the 2:30 mark of this live rendition, filmed shortly after the song’s 1981 release. By far, the best melding of the worlds of Mark Twain and hard rock … and only one man could have pulled it off so splendidly. Neil Peart, rest in peace.

10 Moments That Show the Awesomeness of Rush's Neil Peart