Television can’t stop, television won’t stop, and neither will you. Every January, we say the same thing, “There’s just no time for all these shows!” And yet by December (as you just saw), we have at least 25 shows we can call our top favorites with a smug face. This year’s no different, but it’s certainly more challenging, what with all the other streaming networks being added to the fold (see: HBO Max, Peacock, Quibi, Discovery/BBC).

Each new network is arriving with a lineup of enticing titles. It’s a free-for-all in Hollywood right now, and everyone’s getting a piece of the pie. You love Stephen King? Get ready to bookmark four new shows! Need more Lovecraft beyond Color Out of Space? HBO’s got you covered. Steve Carell and Reese Witherspoon not cutting it out for you on The Morning Story? They have two more shows coming down the pipeline.

It’s a little ridiculous, but then again, so is our pop culture addiction. At the very least, we can take solace in knowing that as things heat up across the world — politically, metaphorically, literally — we’ll have plenty of distractions to feed upon. It might cost you a penny or two (and an enduring GrubHub budget), but you won’t have to leave the couch. Depending on how much currency you place on “chill”, that’s a positive. 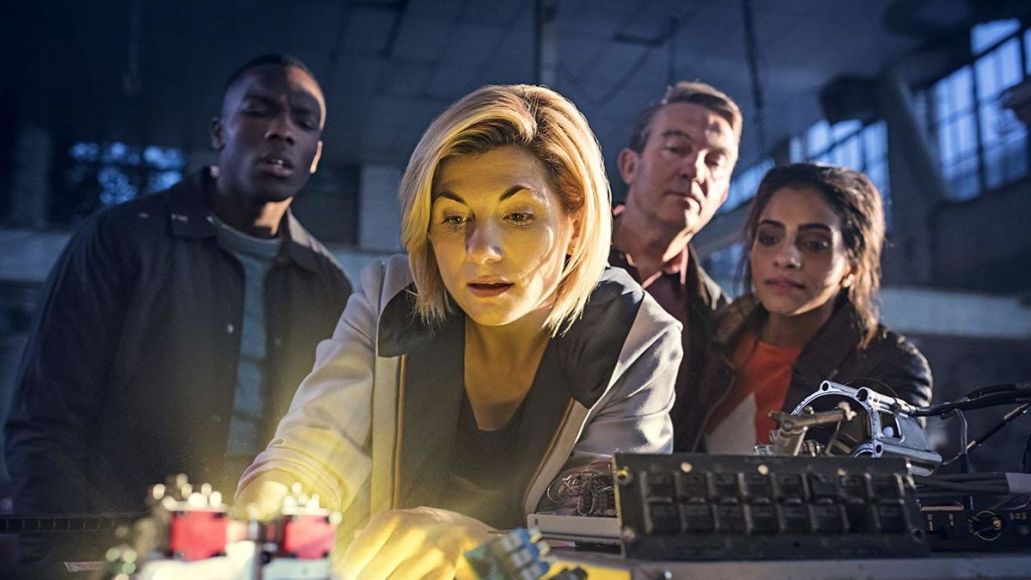 This one’s a cheat, since, well, it’s already aired two episodes by now, but the 12th season of the modern revival of the BBC’s long-running sci-fi series has already shown signs of growth following its year-long hiatus in 2019. Jodie Whittaker’s effervescent Time Lord and her three charming companions still need some time to grow (the TARDIS remains overstuffed), but the two-parter “Spyfall” got the season off to a rollicking start. Showrunner Chris Chibnall seems more game to play with the show’s decades of lore, and the return of the Master (a devilish Sacha Dhawan) adds interesting wrinkles to the show’s fabric. –Clint Worthington 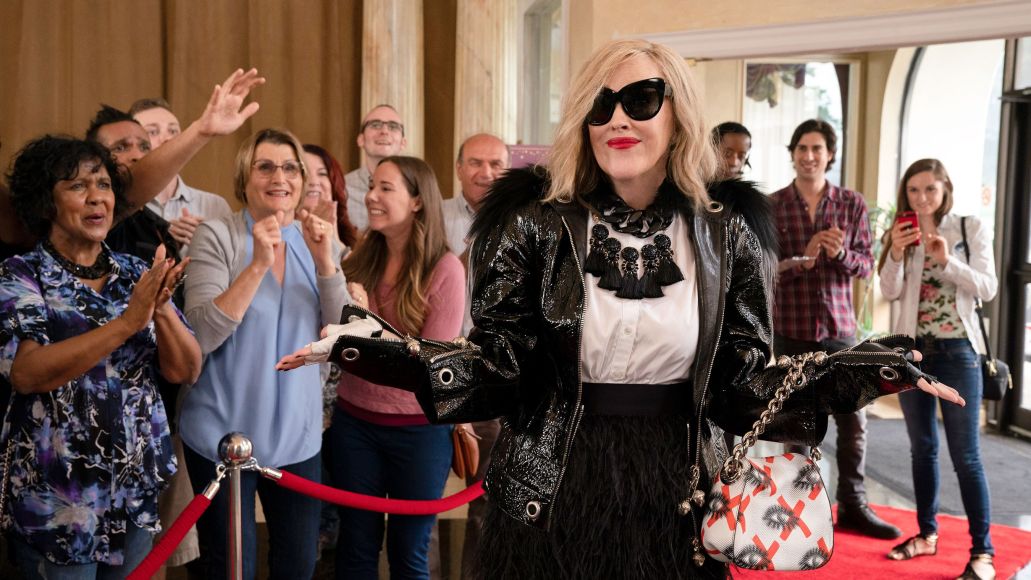 The Rose family may have lost everything in the series’ start, but they’ve brought big laughs, gained valuable personal growth, made both their hearts and ours grow three sizes, and become a zeitgeist show over five successful seasons. Their final chapter sees actors Eugene Levy, Catherine O’Hara, Dan Levy, Annie Murphy, and Emily Hampshire taking a bow at the top of their games, sending off their beloved characters in sentimental style. One final stay at the Rosebud hotel will bring David’s wedding, closure for the dear residents of Schitt’s Creek, and parting Moira-isms. We’ll miss you, bebe. –Meagan Navarro 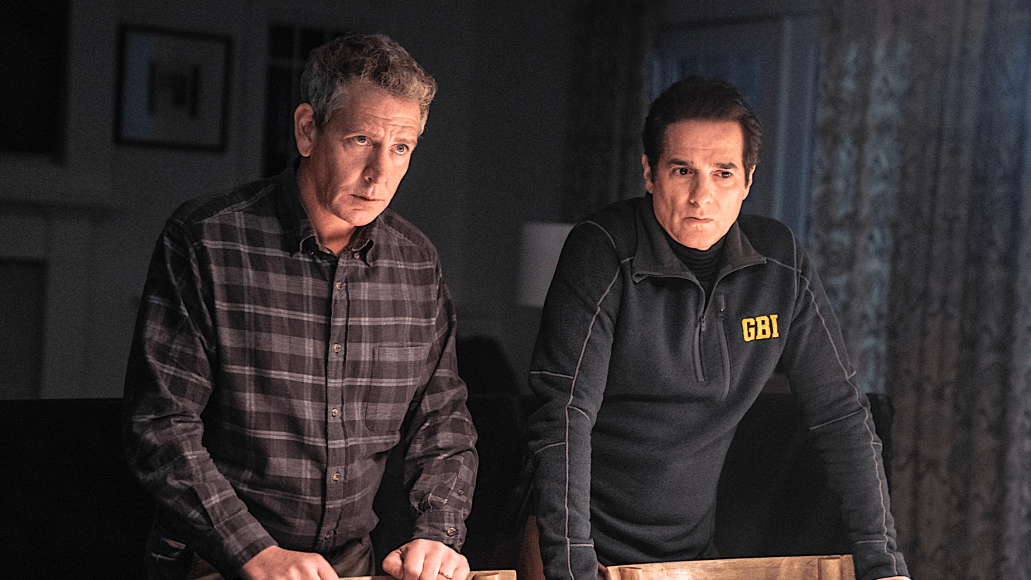 Stephen King wisely capitalized on the true crime wave throughout the 2010s, and Hollywood is reaping the benefits. His Bill Hodges trilogy already warranted three seasons of Mr. Mercedes for the invisible Audience Network, and now HBO is cashing in on his 2018 thriller, The Outsider. Jason Bateman serves as not only executive producer, but also stars and directs the first two episodes, which can best be described as, “The first season of True Detective, had it actually indulged in the occult.” With network champ Richard Price on board — see: 2015’s The Night Of — and Ben Mendelsohn leading the crime scene, Constant Readers can expect a superior adaptation while casual subscribers can keep prioritizing their Sunday nights. –Michael Roffman 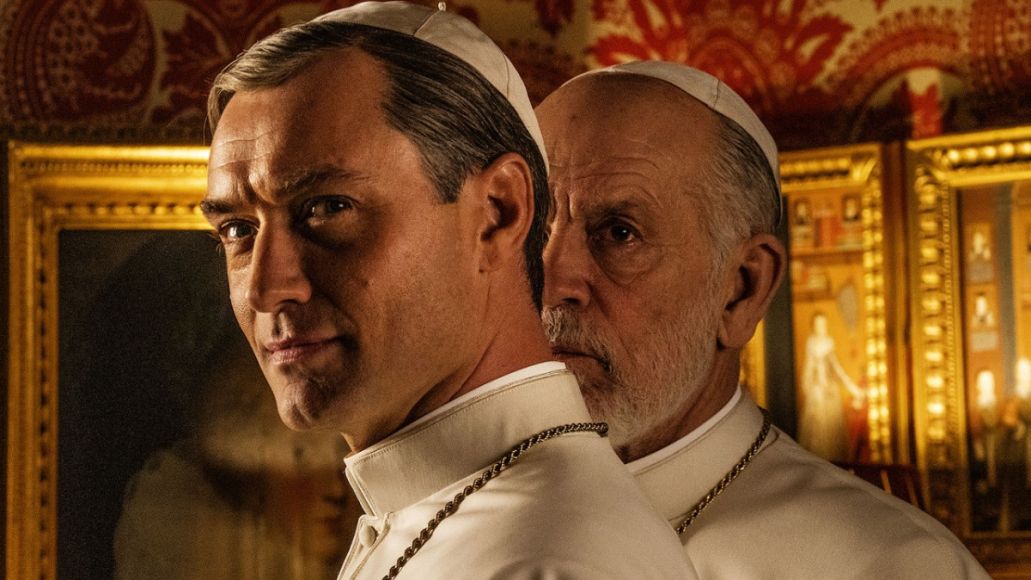 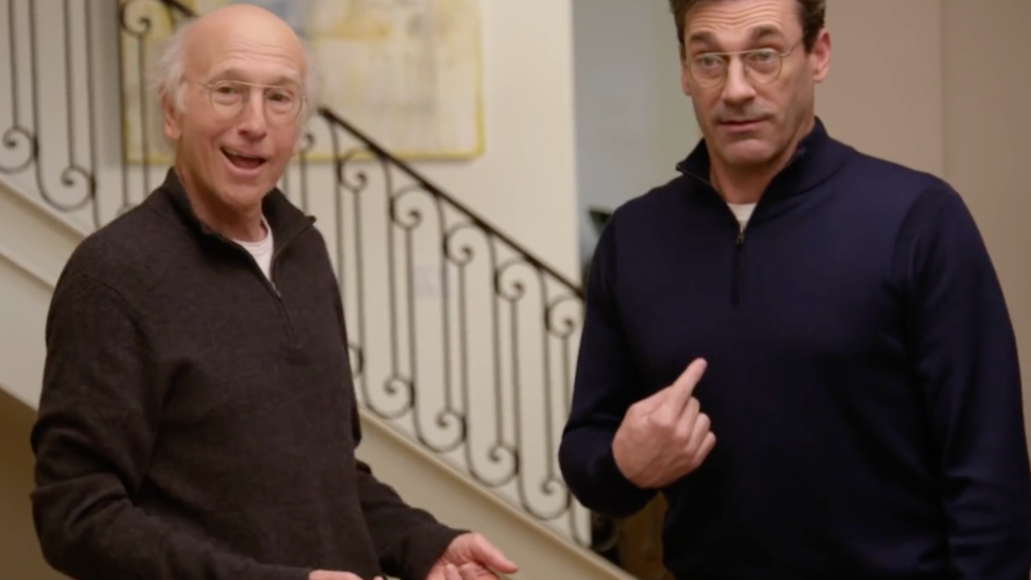 Everyone’s favorite “bald asshole” is back for a tenth go-around as Curb Your Enthusiasm returns yet again to HBO. As always, details are mum on what to expect, at least for a through-line, though a teaser suggests he causes some kind of ruckus with his Clear History co-star Jon Hamm. There also appears to be a semantical argument on the concept of a waiting room, and further rivalry between LD and Richard Lewis. This writer is admittedly intrigued to see how they handle the death of Bob Einstein, aka the Funkman, whose scolding presence was always a joy to watch. Knowing Larry David and his team of scribes, Epstein’s death will likely serve as a platform for a great bit. –Michael Roffman 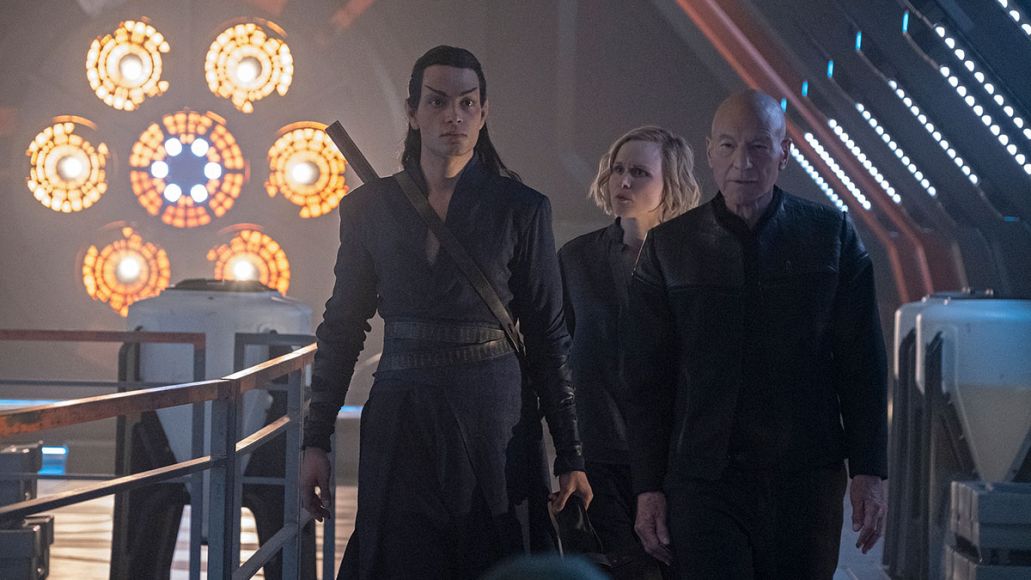 It’s been more than 25 years since Star Trek: The Next Generation went off the air, and nearly 18 since Star Trek: Nemesis brought that crew’s adventures to an ignominious halt. But now, Star Trek: Picard promises not only a somber return from Starfleet’s greatest captain, but also the franchise’s first opportunity to advance the franchise’s in-universe timeline since 2002. With Patrick Stewart back in the saddle, once again ready to lend his talent and gravitas to this universe, and Star Trek itself finally moving past the prequels and reboots that have defined its past two decades, there’s good reason for Trekkies to be hyped. –Andrew Bloom 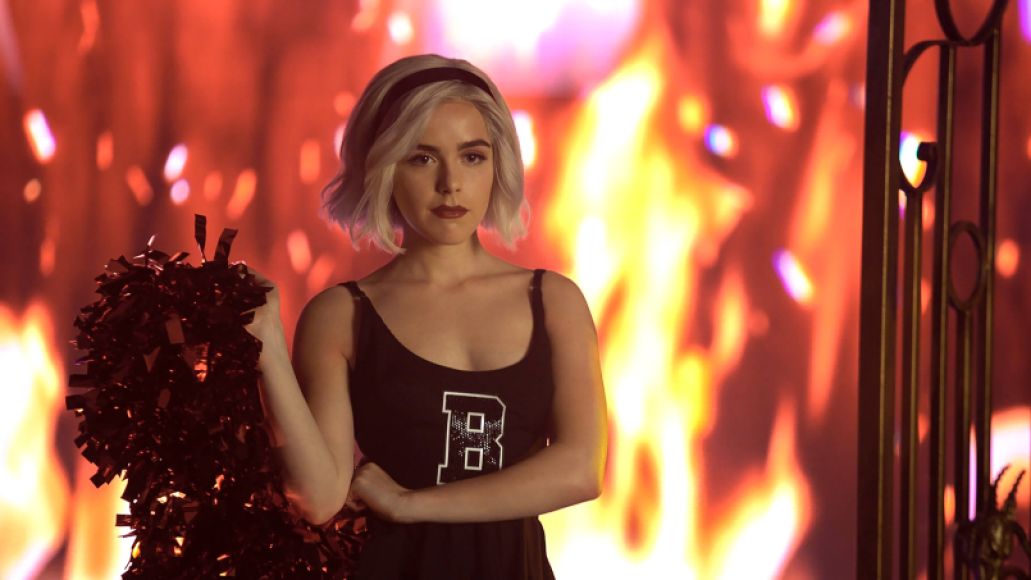 The witch is back, baby! Sabrina and the coven return in January 2020 to undertake another Chilling Adventure, this time after learning she’s not a Spellman after all, but the spawn of — wait for it — the devil himself. What could be cooler, errr, worse? Quite literally hellbent on saving her beloved boyfriend Nick Scratch from eternal damnation and bodily possession by the Dark Lord, Part 3 promises to be darker, campier, and more occult than ever. And you thought your family’s holiday party was dysfunctional… Needless to say, we’re not in Greendale anymore, Salem. –Irene Monokandilos 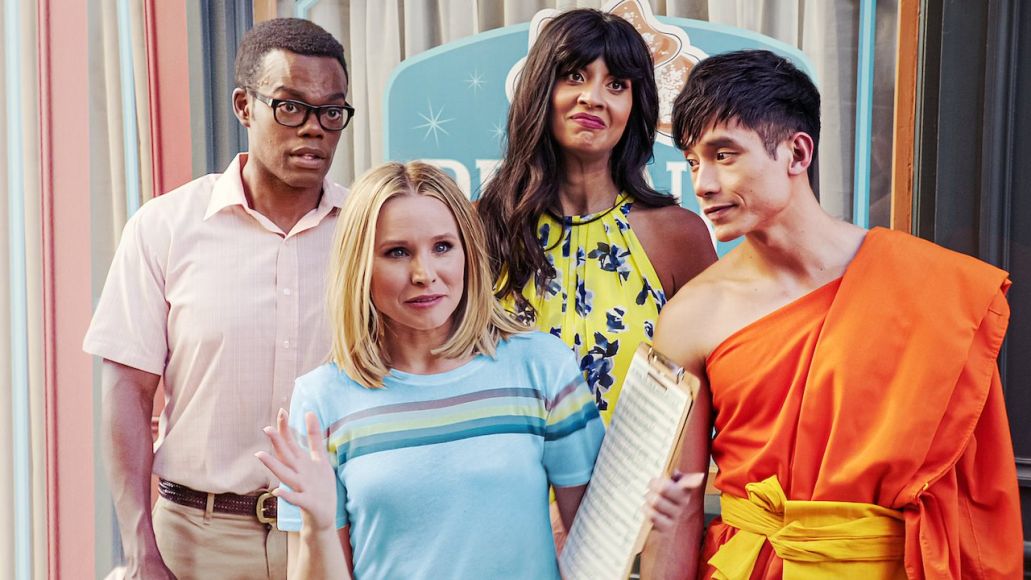 Five episodes. That’s all that’s left of The Good Place. The show has only five episodes to save all of existence as we know it, to come up with a new system of ethical rules by which humanity should be judged, and to fit in as many sign-related puns and wordplay gags as possible. But that also gives the show’s audience only five more episodes to enjoy one of TV’s best ensembles, to marvel at another dose of surprising twists, and to watch Michael Schur and company land this always-inventive, endlessly empathetic series with fun and panache. Let’s forking do it. –Andrew Bloom 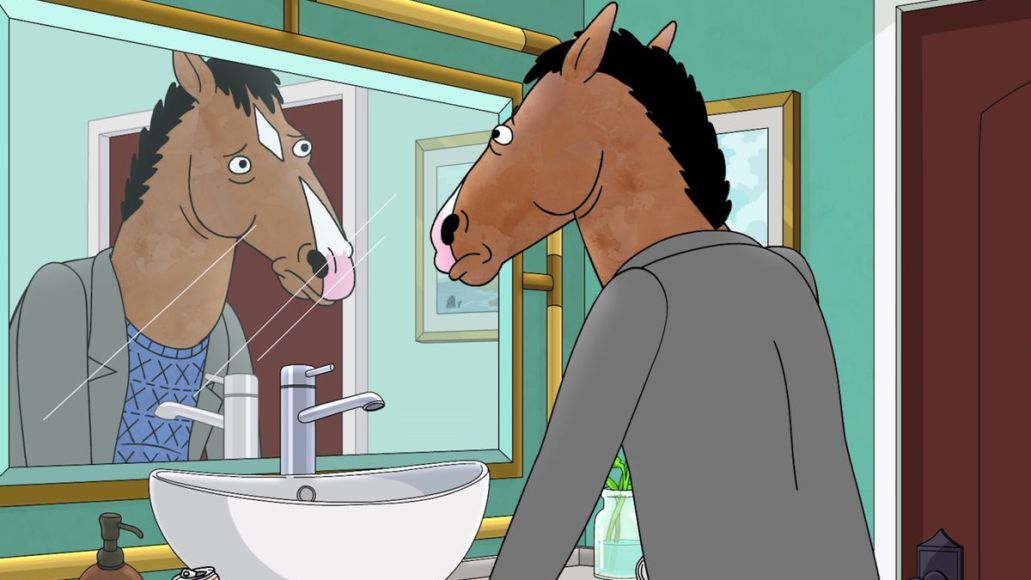 The horse from our favorite ’90s sitcom returns for his final few episodes. The first half of Bojack Horseman’s sixth season showed that, while Bojack may not be perfect, he is striving to be better. Coming into season six’s second half, the stage is set for Bojack to be confronted for his past wrongdoings. Will our horse protagonist end things on a comedic bang? Or will he fall in tragedy? For all the years we’ve spent watching Bojack and friends, for all the laughs and cries, the ending to Bojack Horseman is sure to be bittersweet. –Michael Pementel 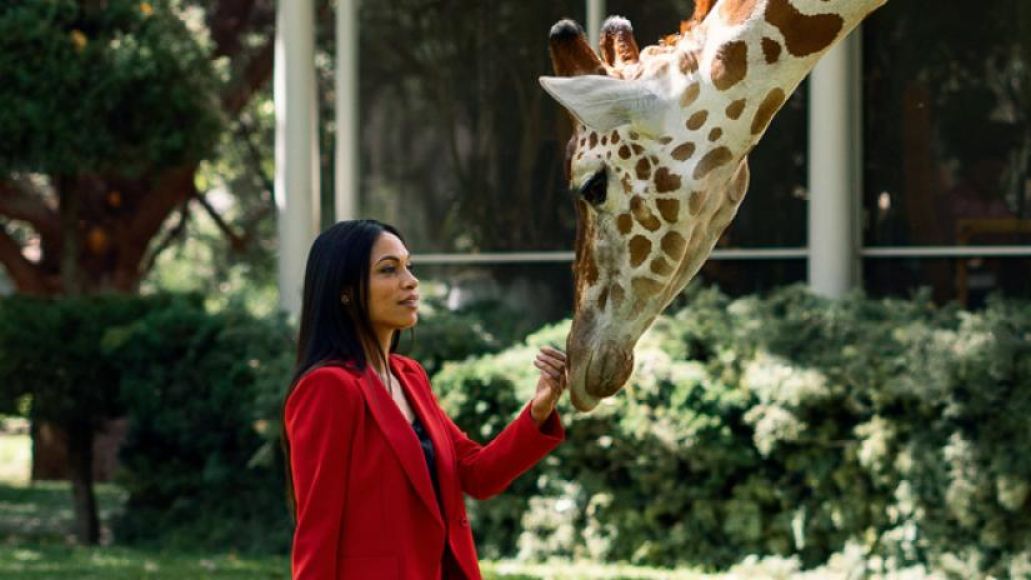 Critics have already gotten their first glimpse of Sam Esmail’s new show for USA at TIFF last year — Briarpatch, a twisty, surreal drama starring Rosario Dawson as a Senate staffer who returns to her hometown to solve her sister’s death. By all accounts, Briarpatch has some of the narrative excess of Mr. Robot but without devolving into Esmail’s patented myopia. Imagine the kind of Broadchurch-y small-town mystery we’re used to seeing lately, but with a zoo’s worth of escaped animals to contend with. If that kind of weirdness sounds up your alley, be sure to tune in. –Clint Worthington