The Pitch: A septuagenarian (Lincoln Maazel) buys a ticket for an amusement park, only to enter a hellscape where he’s ripped off, humiliated, assaulted, accused of crimes he didn’t commit, and eventually left to rot. A metaphor for how society treats the elderly, it’s the newly restored “lost” film by the late, great horror legend George A. Romero, a PSA he made in 1973 as a job for a Lutheran charity. Upon seeing it, their members were so horrified they ensured it would never see the light of day — until now.

Survival of the Dead: Romero never told anyone The Amusement Park was top shelf him. Perhaps he didn’t think it was. Maybe memories of making it had soured him on the project as a whole. It wasn’t exactly a happy experience, and it wasn’t even a proper film; it was a gig. Early in his career — well before his debut feature, Night of the Living Dead, earned 250 times its puny budget — Romero had the foresight to co-launch The Latent Image, a company in which he’d loan out his cinematic services for industrial films, PSAs, and any other for-hire one-offs that would put food on the table in between passion projects. (The most famous of these was what he called “Mr. Rogers Gets a Tonsillectomy” — a segment for the fellow Pittsburghian’s beloved children’s show featuring just that, and his first paying film job.)

The Amusement Park came five years after his first of six Dead films, which made a mint yet failed to turn Romero into a Hollywood jet-setter. Indeed, he spent the next decade as a struggling regional filmmaker, eking by in Western Pennsylvania. Around the time of 1973’s The Crazies, he was approached by a local church group to make a film about ageism and the difficulties of getting old in America. They clearly gave him free rein, with one caveat: It must end on an up-note, offering “Christian” advice on how the elderly can cope. Romero ignored that caveat. Bleak and frightening (though never Romero-style grisly), The Amusement Park so depressed its backers that they never aired or screened it. Over the decades they held onto the rights, keeping it not only from its target audience but from its maker’s completists.

According to his widow, Suzanne Desrocher-Romero — who introduced the belatedly restored version of The Amusement Park at MoMA’s annual restoration fest To Save and Project — Romero casually screened a personal copy of the PSA for his family not long before his death. They were flabbergasted. Why had he kept one of his masterpieces a secret? He shrugged; to him, it was just some odd, old job. They knew it was more than that, and they set about scrubbing it clean for public view. 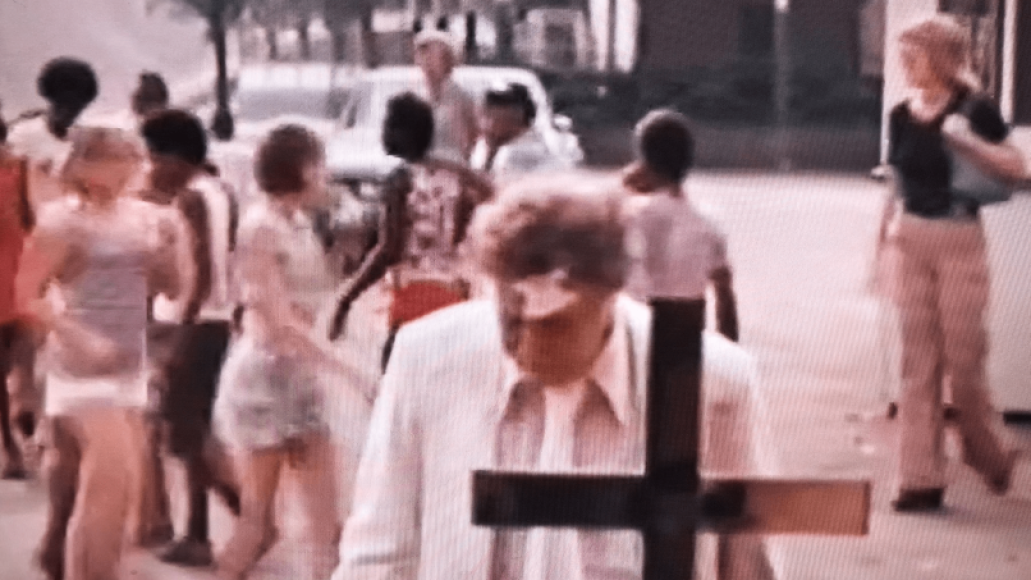 A Circle of Hell: The Amusement Park opens and closes reassuringly, with Maazel — four years later the doubting uncle in Romero’s vampire opus Martin — in Troy McClure mode, prepping the audience for some rip-roaring edutainment. What we get instead is a relentless nightmare, free of hope. Maazel’s unnamed every-geriatric is introduced in an existentialist white room, bruised and despondent, hunched over in a chair. A second Maazel, fresh and chipper, enters, conversing with his alter ego about the world just outside the door. “You won’t like it out there,” the fallen Maazel warns his doppelganger.

He doesn’t. After entering the local, off-brand park, filled with generic attractions and thick crowds, our hero instantly finds himself out of his element, alternately ignored and preyed-upon as he tries to navigate a world too busy and hectic for his advanced age. Romero filmed, partly guerilla-style, in a real park with real people, but the situations are absurdist/satirical; the line to a rollercoaster is decked with signs that read things like “Must make $35,000 a year to ride,” while bumper cars are manned by fellow olds getting into slow-motion wrecks.

Things turn steadily worse. After being beaten by bikers, our protagonist makes his way to a hospital tent, only to find his desperate cries for medical attention treated with indifference. By hour’s end, he’s reduced to the shell of a man we saw at hour’s start, revealing a mobius strip of endless despair and dehumanization, day in, day out, with no end in sight. 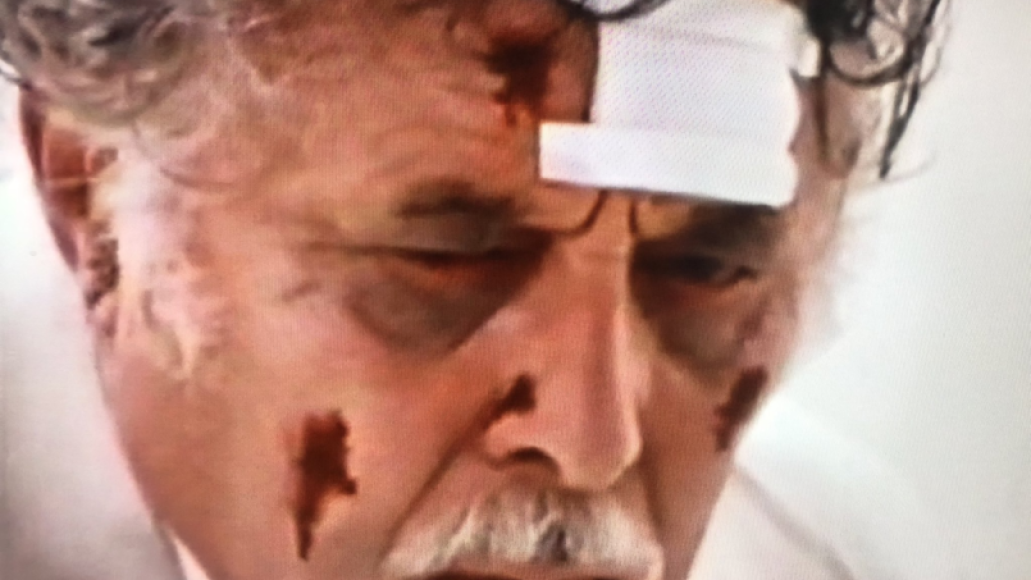 Old Man, Look at my Life: Romero was 33 when he made The Amusement Park — four decades shy of the film’s abused hero. His own autumn years wouldn’t be so bad: Not only was he recognized as both a genre legend and a genuine auteur, but he continued to crank out pictures into his late 60s, refusing to rest on his laurels. But The Amusement Park screams fear. Romero knows that American society disposes of its least productive members, and who, apart from infants, are less productive than the aged? Of course, not every old timer is the same.

At one point Romero contrasts Maazel’s character, clearly of modest means, with an aging richie, who is served lobster by doting waiters, all while Maazel eats slop on a paper plate. Later, we see a young, upbeat couple visiting a fortune teller, who serves them not what they want to hear but the truth: They won’t age well and, when he suffers a heart attack late in life, doctors will be too busy tending to their wealthy patients. Life is hard, unless you have money.

The Horror, the Horror: What makes a movie “scary”? The horror genre has long laid claim to that adjective, largely on the basis of monsters, murder, and boo! scares. But what’s actually scary are films about real, looming calamities; docs about environmental disasters, disease, death, and other problems we can’t, or won’t, combat spring to mind. Lump The Amusement Park in with those.

In this case, the message is life and the societies purportedly designed to sustain it don’t privilege the meek, the weak, the enfeebled, the down-and-out — that existence, for most, doesn’t get easier with age but harder. It’s a pessimistic worldview, but pessimism, like hope, is necessary; it shocks us out of believing only in the lies we tell ourselves, even if we’re only telling them to ourselves we can survive.

In that sense The Amusement Park is the scariest film Romero ever made — an unsentimental, unbridled, bleak-o-rama reminder that, past a certain age, we may all be discarded, unless we have excess cash. It doesn’t need such Romero frights as zombies or vampires or poison gas or sinister helper monkeys or murderous alter egos to scare the Dickens out of us; it just needs the cold, hard truth about the worst case scenario that may befall any of us. 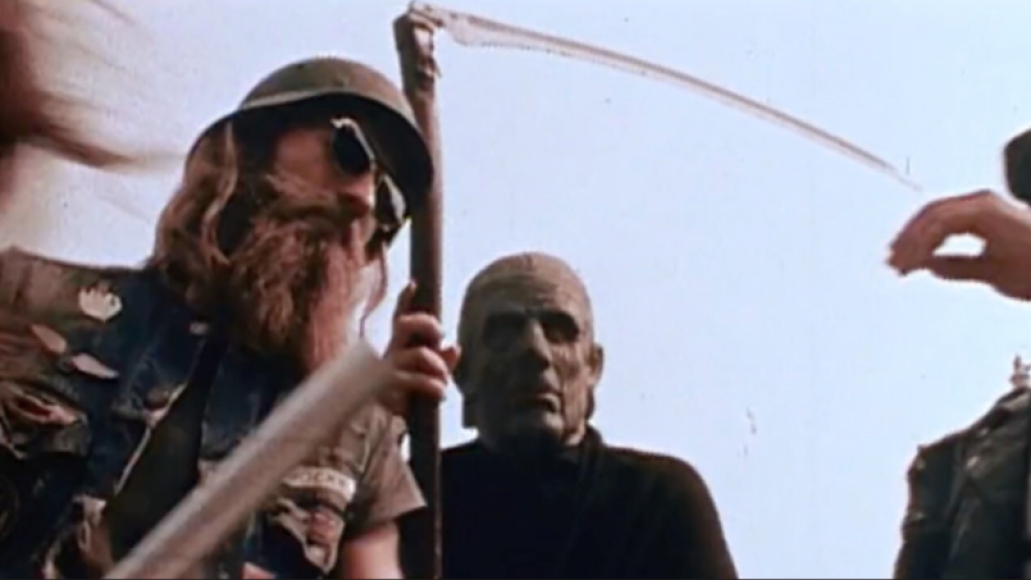 Or maybe the best way to describe The Amusement Park is as the most extreme example of Romero’s worldview, which was always pessimistic. His Dead films aren’t only about flesh-eating zombies; they’re about society falling apart, about survivors losing their humanity, about the possibility that the species itself is doomed. The Crazies isn’t only about nerve gas decimating a small town; it’s about the government and the military epically failing to contain it, then making it worse.

All Romero films are scary, not because of their genre elements, but because they show how society is cruel and inhumane, and held together by Scotch tape and bubble gum besides. Perhaps The Amusement Park hurts the most because the monsters aren’t supernatural creatures. Instead, they’re just people.

(Film Review: Night of the Living Dead Will Scare the Hell Out of Every Generation)

The Verdict: Barely seen or even heard of since it was made, this “lost” Romero film doesn’t disappoint, and even though it’s not technically a horror film, it will scare you into spending any and all free time tending to anyone over 70 for fear of karmic retribution.

Where’s It Playing? The Amusement Park is currently making the rounds at certain repertory programs, such as MoMA’s aforementioned To Save and Project. It may wind up more widely available at a later date, though its future availability is currently unclear.

Film Review: George A. Romero's "Lost" Film The Amusement Park Will Scare the Bejesus Out Of You