Director Osgood Perkins returns this weekend with his fairytale subversion Gretel and Hansel. In anticipation, Waxwork Records invites you into the woods with a swanky vinyl release featuring ROB’s chilling and terrifying sounds. What’s more, we have an exclusive preview for you with “By The River”, which you can stream below ahead of its release.

Pressed to 180 gram colored vinyl, the record features new artwork by Sara Deck, old-style tip-on gatefold jackets with satin coating, and heavyweight printed inner sleeves. In fact, as Waxwork insists, the packaging, artwork, and design is a nod to classic fairytale collections such as Little Golden Books, though the same can’t be said of the music itself.

“The idea was to avoid the traditional musical schemes used in tales — such as the use of symphonic orchestras — and therefore find a more original and specific color,” said ROB. “I find it essential to create melodies that we can sing or whistle as, in horror cinema, it is usually the opposite, where the music rather has a tendency toward structure and abstraction. For this project, which is a film about kids, it seemed important to have that.” 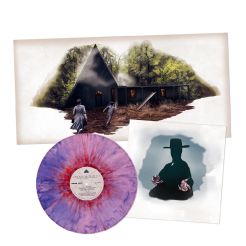 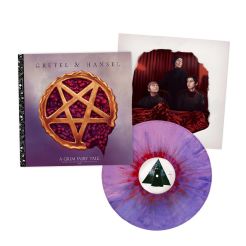 See if you can whistle to “By the River” below, and don’t forget to drop some breadcrumbs. It should be noted that there was no orchestra involved, and that ROB played every instrument himself with the exception of additional cello work by his recording partner Moritz Reich. It’s an impressive feat, particularly when you consider all the layers.

Pre-orders begin tomorrow via Waxwork. Stay tuned for more coverage surrounding the film, specifically Trace Thurman’s review and our one-on-one interview with Perkins, which will be featured on next week’s episode of Relevant Content on TuneIn.