No one ever accused Noel Gallagher of staying too quiet. The prolific shit-talker is also an energetic musician, and his High Flying Birds recently announced their third EP in less than a year, Blue Moon Rising. In anticipation of that March 6th release, the prickly elder statesmen of rock has shared the title track along with a new music video.

“Blue Moon Rising” is built around a palm-muted guitar riff, so fast and thick that it works more like percussion than strings. Gallagher combines that refrain with some of the most thumping, danceable drums in his long career. The High Flying Birds have migrated into synth pop, and Gallagher has rarely landed further away from his acoustic beginnings with Oasis.

As for the how the song came together, even Gallagher doesn’t sound quite sure. In a statement, he said,

“How it manages to combine the influences of Metallica, The Jesters Of Malice, Mantovani, Robinson Crusoe as well as Bob Marley AND The Wailers is literally beyond me… oh, and it’s not about [football club Manchester] City by the way.”

In the single’s accompanying music video, directed by Dan Cadan and Skully, Gallagher sits in the back room of a nightclub with some of the biggest and baldest men you’ll ever see. Meanwhile, actor Jack O’Connell (Skins) enters through the front and is immediately entranced by the dancing model Gala Gordon. Gordon leads O’Connell around, near him but never quite with him, as O’Connell sweats more and more and the camera begins to spin. She then guides O’Connell into the back room, to face Gallagher’s scowls, and then magically disappears. The video feels more like a drug allegory than anything personal or sexual, and you can watch the whole story below.

This summer, the High Flying Birds will play a short run of shows around Great Britain, and you can get tickets here. 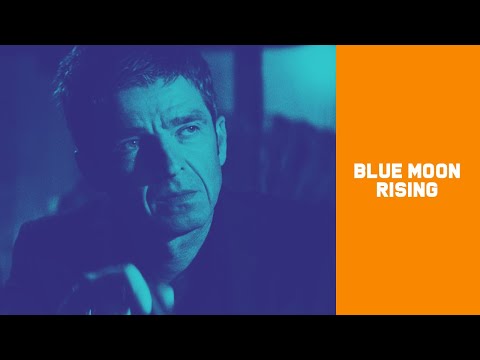