Fans at Guns N’ Roses’ upcoming performance at the Bud Light Super Bowl Music Fest will be experiencing some serious high notes, in more ways than one. Snoop Dogg has been tapped to open for the veteran rock band.

As previously reported, GN’R will headline the Friday night (January 31st) portion of the three-day music festival leading up to Super Bowl LIV in Miami. The concerts will take place at AmericanAirlines Arena on Miami’s waterfront.

Snoop Dogg has just been added to the bill as Guns N’ Roses’ special guest. The other nights will feature a hip-hop lineup of DJ Khaled and Friends, Meek Mill, DaBaby, and Megan Thee Stallion on Thursday (January 30th); and Maroon 5 and Dan + Shay on Saturday (February 1st). Tickets are available here.

Guns N’ Roses had seemingly wrapped up their long-running “Not in This Lifetime Tour” in late 2019, after it had grossed a total of $584 million over three-and-a-half years. However, the band recently announced a new run of 2020 shows for Latin American and Europe set to kick off in March. 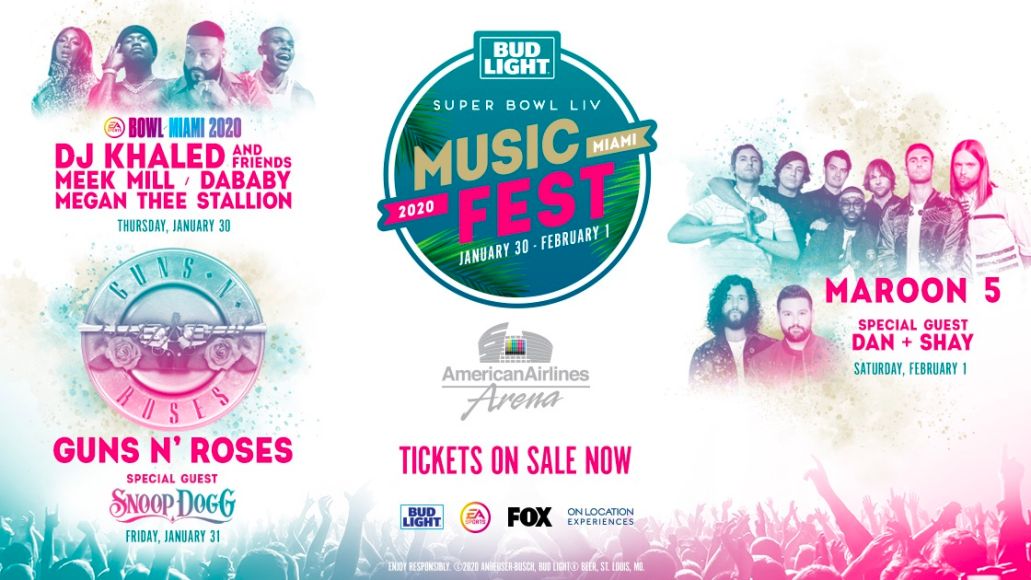