Later this month brings the arrival of Thin Mind, the newest album from Canadian indie rock vets Wolf Parade. Their fifth overall and follow-up to 2017’s Cry, Cry, Cry is being previewed now with a third single in “Julia Take Your Man Home”.

Spencer Krug tackles lead vocals on the track, which is described as a “caricature of male stupidity.” “I’m singing about some other, worse version of myself,” explained Krug, emphasizing the song’s fictional backstory. “It’s not actually me… I’ve never carved shapes that look like dicks into anything.”

Hear the thumping, synth-speckled cut below. Also revisit previous singles “Forest Green” and “Against the Day”.

Thin Mind officially lands on shelves January 24th via Sub Pop. The effort will be backed with a lengthy North American tour that begins in just a few weeks. Purchase your concert tickets here. 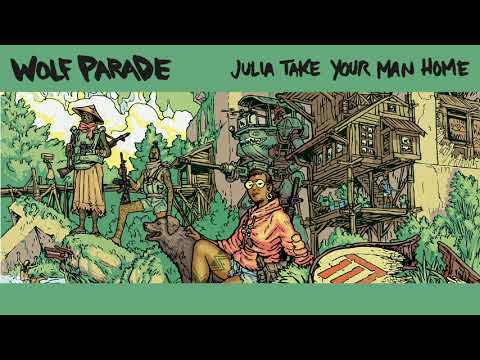