In his “Blinding Lights” music video earlier this week, The Weeknd’s days-long bender finally ended with a bloody scuffle. It appears the R&B crooner hasn’t quite recovered yet, as he performed on Jimmy Kimmel Live! last night sporting some nasty bruises.

Face taped up and smeared with blood, the Canadian musician presented an especially cinematic performance of his latest single. The Weeknd was accompanied onstage by a roaring, lightning-filled thunderstorm, and at one point the dark energy surrounding him caused a full camera flip sending him upside down. Replay it all below.

Along with “Blinding Lights”, Abel Tesfaye has released the single “Heartless”, suggesting that a new project of some sort may be on the way soon. His My Dear Melancholy EP dropped in 2018, while his last studio album, Starboy, hit shelves in 2016. He recently made an appearance in the Safdie brothers’ Uncut Gems.

(Read: The Most Anticipated Hip-Hop Albums of 2020) 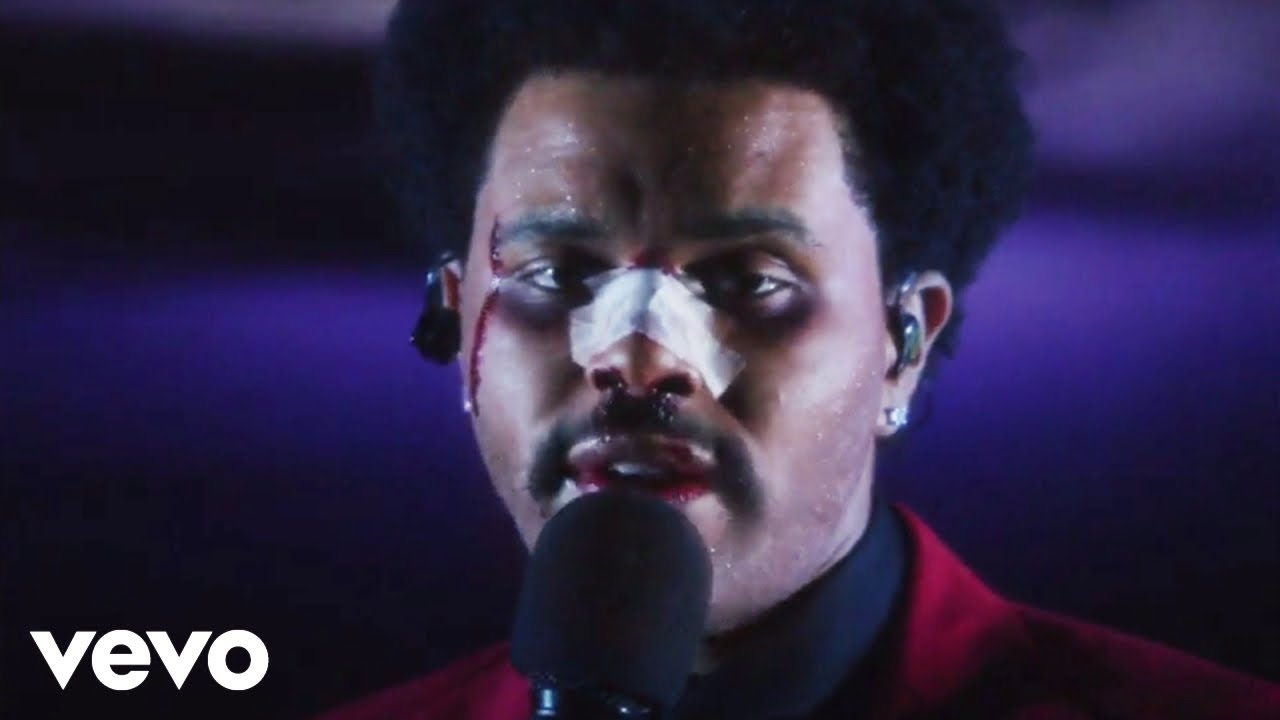 The Weeknd performs "Blinding Lights" upside down on Kimmel: Watch