The Pitch: Fourteen years after 2002’s Star Trek: Nemesis (aka the furthest in Trek’s timeline we’ve been to date), the utopian dream of the Federation isn’t quite what it used to be. After the destruction of Romulus by a freak supernova created a refugee crisis no one wanted to handle, and a terror attack by ‘rogue synths’ on Mars left the planet a burning husk, Starfleet has grown cold and isolationist. It’s what led Jean-Luc Picard (Patrick Stewart) to resign his commission, holing up at his family’s vineyard in La Barre, France to live out the rest of his days with the grapes, some grateful Romulan emigres, and his prized pitbull (whom he names Number One, of course). He’s grumpy, resentful, and still in mourning of his dear friend Data. 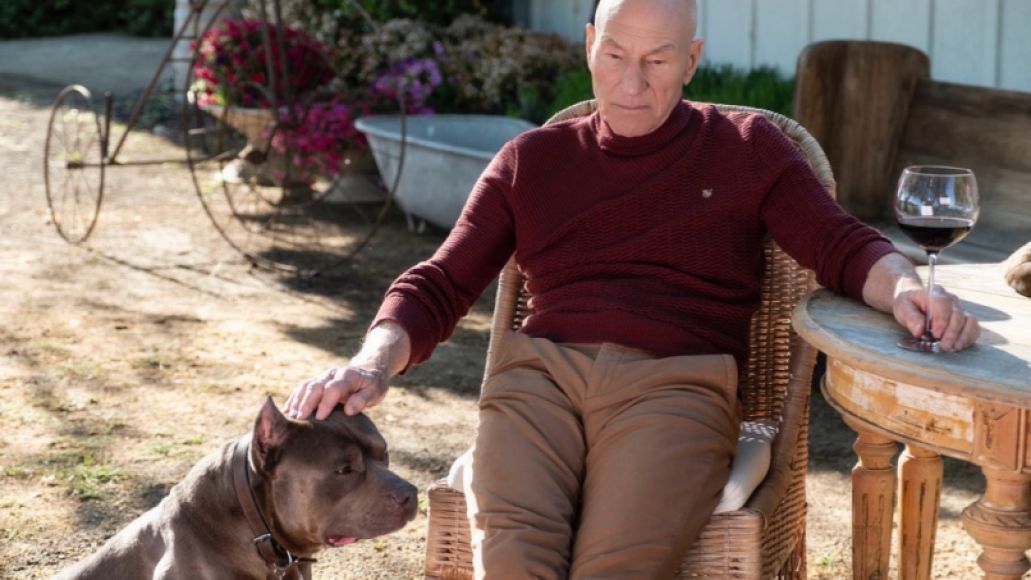 But just when he thought he was out, events pull him back onto the intergalactic stage: he’s approached by Dahj (Isa Briones), a mysterious young girl with a target on her back and superhuman fighting abilities that activate at the drop of a hat. Without the help of a corrupted and cynical Starfleet, Picard has no choice but to assemble a small crew of his own (Alison Pill, Michelle Hurd, Santiago Cabrera) to solve the mystery of who Dahj is, where she comes from, and how she might be connected to a crew of Romulan scientists researching a dead Borg cube.

Be the Captain They Remember: Whatever you may think of the show as a whole, Star Trek: Picard is here for one reason only — to get Patrick Stewart back in the pajamas and pips of his most iconic role — and on that front, it delivers mightily. It may have been nearly twenty years since Stewart last played the part, but he eases back into Picard with all the confidence and sophistication that comes with an actor of his caliber.

He’s not an action hero, but a world-weary diplomat and investigator, an old man dusting off his combadge for one last ride. He’s feebler; his voice, once a powerful, reedy tenor, squeaks to be heard through the gravel of age. Years of resentments and burned bridges, however ill-intentioned, have left him a pariah from the very organization he swore his life to, not to mention some of his closest friends. 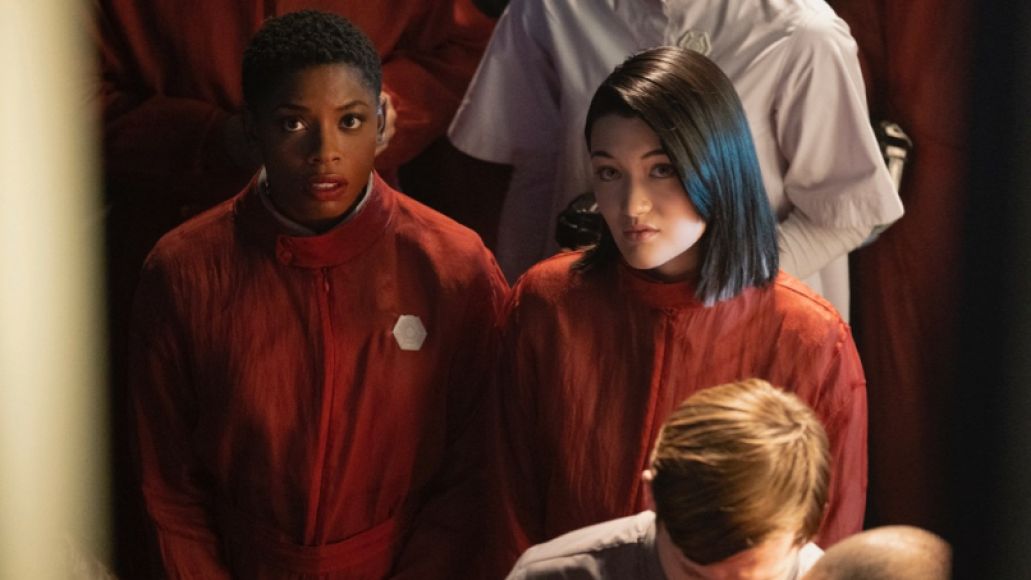 But even through the weariness of time (and a troubling medical prognosis), Picard’s moral compass still points true, and Stewart plays him with all the noble fragility of a good man dedicated to doing the right thing until his body will no longer let him. It’s a stellar showcase for the actor, and whenever Picard crackle with the energy of its forebears, it’s when Stewart’s on screen.

Starflexit: It’s a good, thing, too, because the Federation of Star Trek: Picard has lost its course in ways that parallel the tumult of the last few years. “I never dreamed that Starfleet would give in to intolerance and fear,” laments Jean-Luc about the cold shoulder the Federation has extended to the now-homeless Romulans; it’s a sentiment many of us in America and Europe have shared about the recent rise of far-right nationalism. At its core, Picard hopes to explore the looming specter of Brexit and “America First” rhetoric. 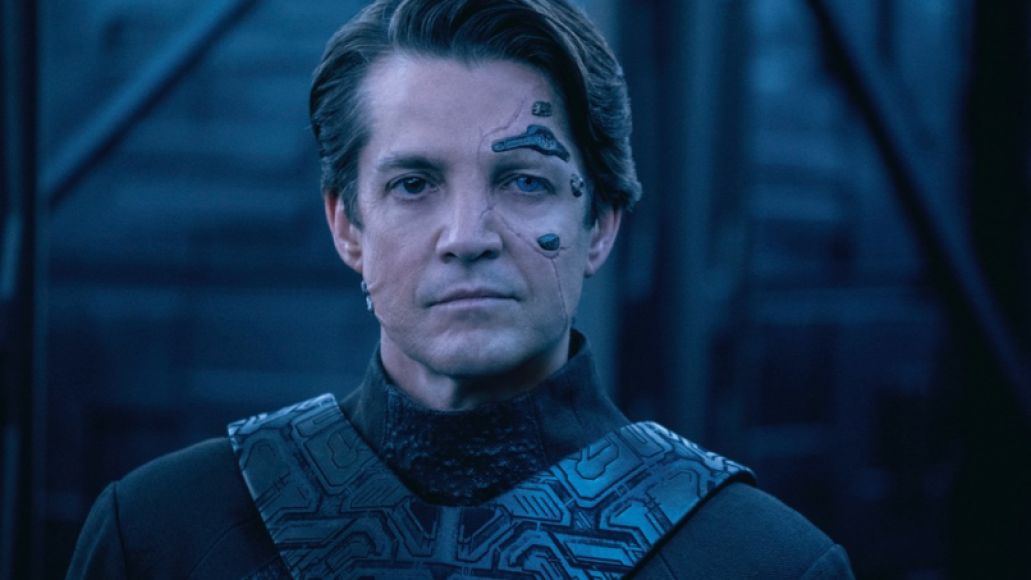 As well-intentioned as that is, however, too much of Picard‘s story devolves into 24-like conspiracy thriller pablum that undercuts its more progressive points. From the first episode, Picard peeks into a complicated web of organizations competing over Dahj and the mysterious Borg research she may be tangentially connected to, from secret Romulan spy cabals to corrupt Starfleet admirals in the enemy’s pocket. There are all kinds of convoluted deep-state, ‘9/11 was an inside job’ level twists that might grasp at relevancy, but veer dangerously close to Star Trek Into Darkness territory.

Make It So-So: It’s when Picard falls outside the purview of its namesake that it suffers, most notably in the supporting cast. Granted, the three episodes provided to critics only chart the beginning of Jean-Luc’s journey, and we’ve yet to see the much-vaunted return of many of the trailer-teased cast members like Jonathan Frakes, Marina Sirtis and Jeri Ryan.

But apart from Picard’s vineyard staff/wry Garak-like former spymasters Laris (Orla Brady) and Zhaban (Jamie McShane), few of the new cast make a huge impression. Briones gets little to do but River Tam ass-kicking and wide-eyed sleepwalking through the plot, while the normally-great Alison Pill is wasted as a neurotic roboticist who begs herself onto Picard’s crew. Hurd and Cabrera have potential as, respectively, one of Picard’s old spurned Starfleet friends and a nihilist starship captain with a crew of identical holograms (each with their own ridiculous accent). But so far, only Stewart has the ability to elevate Michael Chabon, Alex Kurtzman, and the writing staff’s clunky, obvious dialogue. 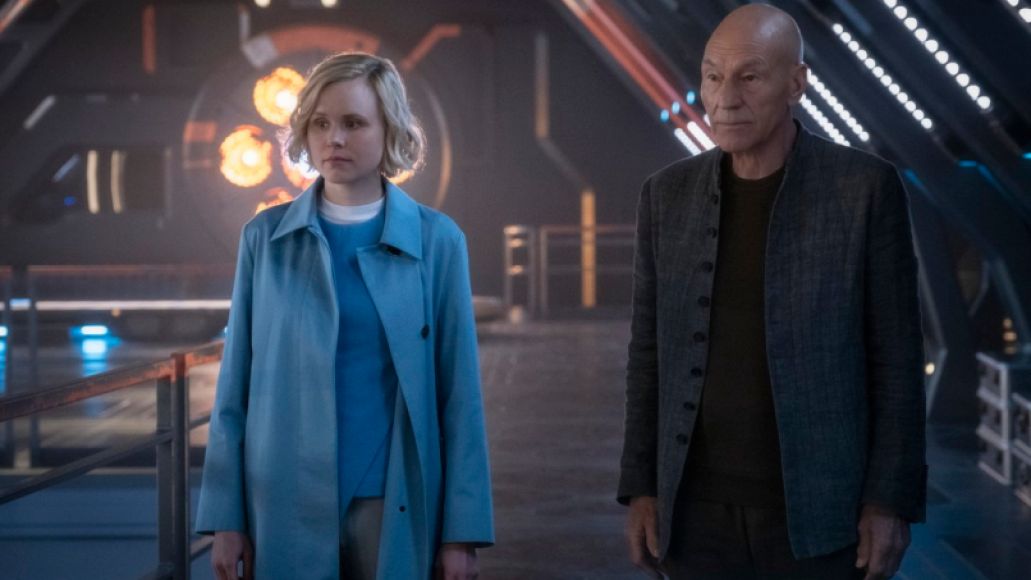 The Verdict: It’s hard to judge an entire season of television off its opening act, but so far, Star Trek: Picard is off to a fine, if not engaging, start. There’s a lot of potential here — Stewart’s triumphant return as Picard, some interesting sociopolitical wrinkles — that’s let down by some convoluted plotting and cringeworthy dialogue. The moment is perfect to turn Trek’s eye inward to the failings of the Federation, especially one that abandons its principles and foregoes responsibility to the others in the galaxy; to tie that into a rollicking last hurrah for science fiction’s greatest adherent to moral principles is an even more inspired idea. It just needs to lose the fat and cut to the chase quickly, or else this one will stall before it can even get out of Spacedock.

Where’s It Playing? Star Trek: Picard puts on a kettle of Earl Grey before lecturing you about geopolitics on CBS All Access Thursdays at 6 PM EST. 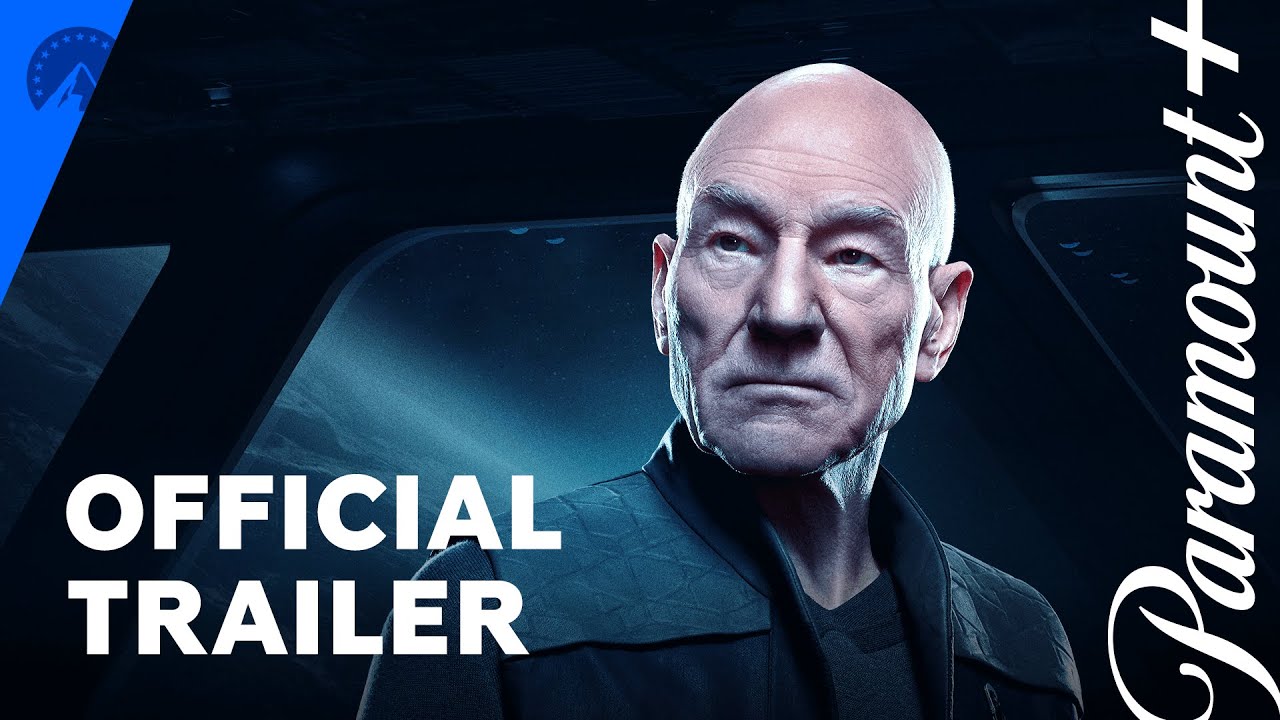