The Pitch: There’s been a crime in a small Georgia town. A grisly one. The body of an 11-year-old boy has been found in the woods, raped and mutilated beyond recognition. But there are witnesses, there are fingerprints, and there is even surveillance footage, all of which point back to popular teacher and Little League coach Terry Maitland (Jason Bateman). Open and shut case, right? Wrong. Detective Ralph Anderson (Ben Mendelsohn) soon discovers Maitland has a strong-as-oak alibi: he was in another town at the scene of the crime, attending a conference, and there is even footage to prove it. As more and more evidence surfaces in favor of Maitland, tensions around the town begin to boil over, prompting Anderson to wonder, Is there something else afoot? 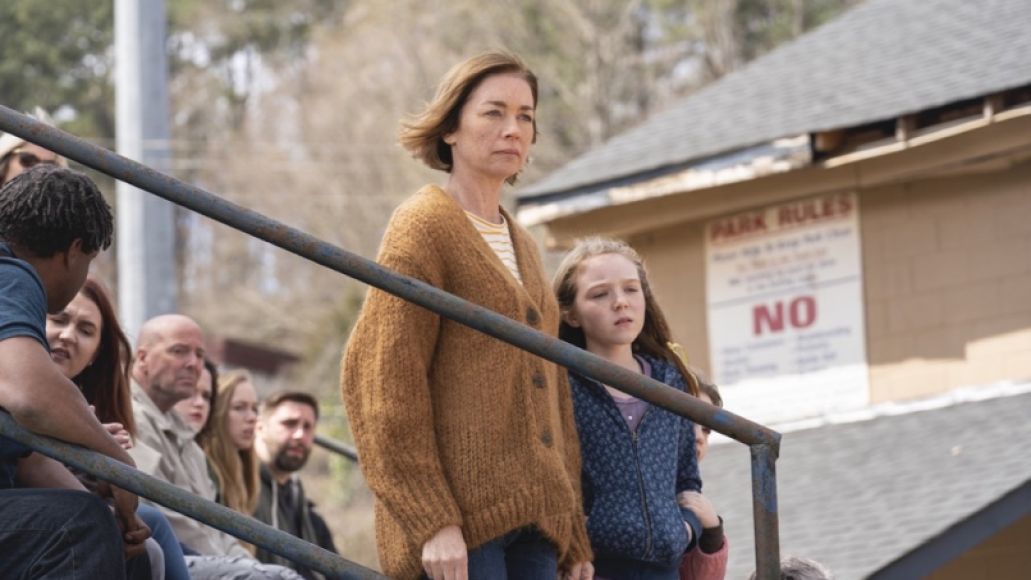 The Price You Pay: HBO spared no expense for this Stephen King adaptation, and it shows, but particularly off screen. Not that he’s above the Master of Horror or anything, but seeing Richard Price attached to this project still feels like a lucid dream. For decades, the guy’s built a reputation of delivering tough-as-nails thrillers, all steeped in reality, and awash with the kind of stakes that feel less like fiction and more like headline news. For HBO, he’s written some of their sharpest offerings in this century, from The Wire to The Night Of to The Deuce. You know, stuff that hits home, makes us think, gets under our skin.

In that respect, The Outsider makes perfect sense for Price, at least if he’s going to venture into King’s Dominion. It’s one of a handful of novels King has written over the last 10 years that capitalize on the true crime wave, focusing less on the things that go bump in the night, and more on the forensics and procedurals that have since turned everyone on Reddit into a pathologist. It’s also not the only one of those works to hit the screen; in fact, the Bill Hodges trilogy was similarly turned into a series (see: Audience’s cruelly ignored Mr. Mercedes) by Temple Hill Entertainment, who also helped usher this project into reality alongside Bateman’s own Aggregate Films and Media Rights Capital. 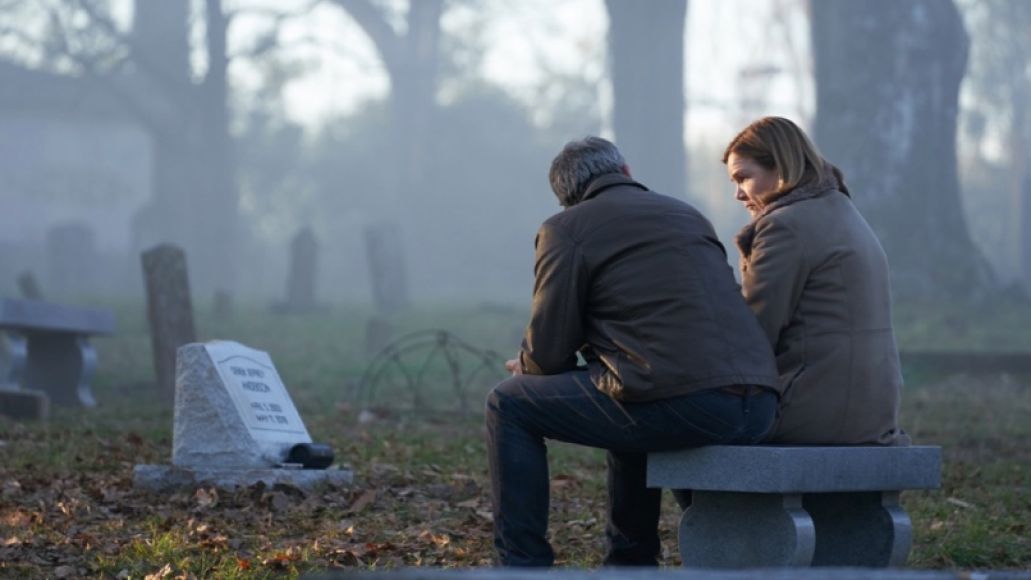 Here’s the thing, though: King still indulges in the supernatural with The Outsider, and that’s certainly out of Price’s comfort zone. A strong cursory glance through his resume reveals he’s never once left the streets to dabble in the occult. Be it novels, films, or television, he’s maintained a strong conviction for the monsters of reality, and while that might make some Constant Readers a little wary, it actually empowers the series. Reason being, this is a story that insists upon its realism, so much so that anyone who even suggests otherwise are laughed right out of the room — literally. It’s King giving himself a heat check.

By proxy, so is Price, who’s likely never been this challenged on paper. He’s both in and out of his comfort zone on The Outsider. He’s among all the detectives he can write and humanize in his sleep, but up against a threat that goes way beyond the court room. It’s a delicate dance, and yet he tangoes with ease, framing the bizarre and unexplained in a lens that’s not too dissimilar to how Cary Fukunaga dabbled with the occult in the first season of True Detective. The only difference is that time isn’t just a flat circle for this series, and any meditations on the world beyond us are more than heavy posturing. 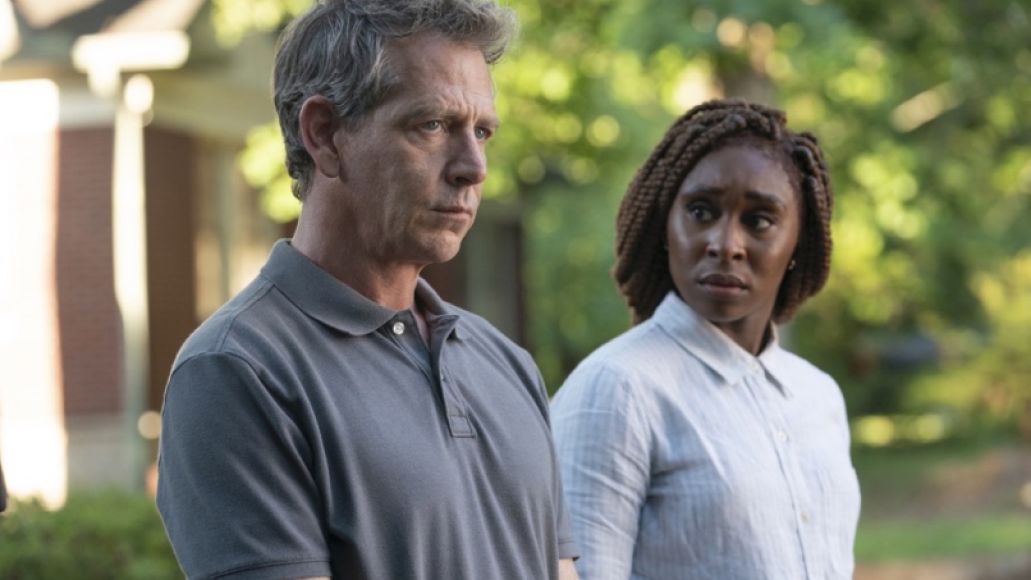 True Detective Season 4: Much of this influence stems from the inclusion of King’s recurring PI, Holly Gibney, portrayed here by the great Cynthia Erivo. An upgrade from the Gibney we receive in Mr. Mercedes, Erivo wedges right into the coarse drama that Price has laid out. She’s assertive, she’s curious, and she’s a genius. More importantly, she’s a character built on logic — that is, until logic runs out. In that sense, she’s an essential foil for Mendelsohn’s Anderson, whose more analog approach is to keep digging until his nails peel off. It’s Mulder and Scully, only not so black and white.

It’s a little more gray than that, but that divide is where this series begins to simmer into more existential dilemmas — and when the themes of King’s story begin to truly surface. How long do we keep searching for answers until we finally admit it’s beyond our reasoning? How much of ourselves do we give in to the unknown? And do you risk losing yourself in the process? Or might you find yourself again? They’re all intriguing themes worth chewing on — and Price gnaws away — but they also offer a refreshing twist on the all-too-rote arc of the obsessed detective lost in the case files.

The Outside is Not What It Seems: The irony of having all the evidence and none of the answers is such a dizzying spectacle to watch unfold. It’s almost Lynchian, and the allusions to Twin Peaks aren’t too far off. This series goes to great lengths to achieve its own bizarre moments, and while they don’t always work (there’s a scene in the back half of our six-episode offering that inches into Chapter Two territory), they’re certainly earned. Again, Price wields his drama so effectively that you’re often too distracted to even notice when the supernatural punctures through. In turn, these moments offer a riveting shock to the jugular, all of which are made even more effective by Bateman’s moody direction. 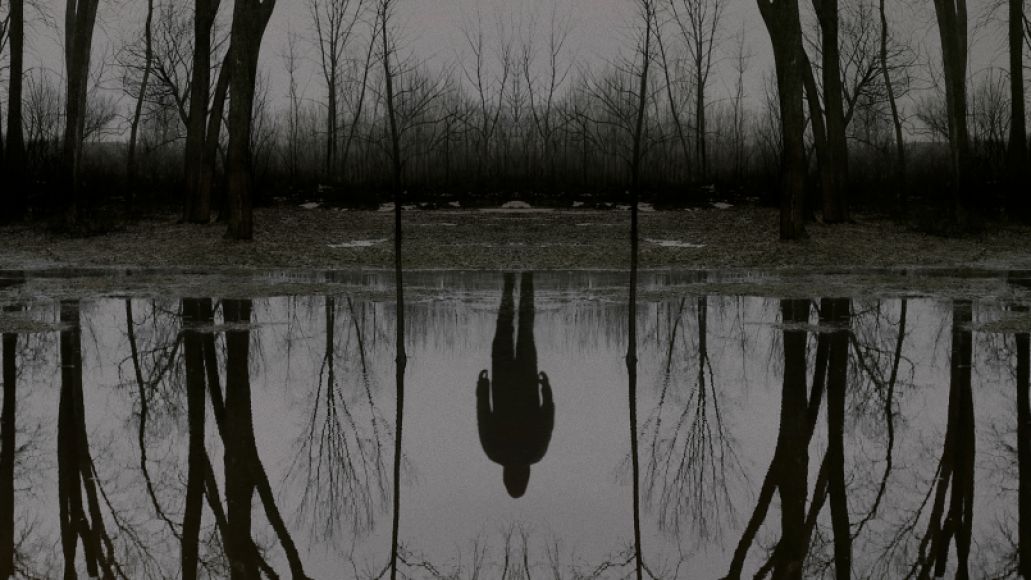 Those Shining Performances: Like any great HBO series, The Outsider comes fully stocked with outstanding performances, some of which will likely get a number of glances later this year come voting season. Mendelsohn, in particular, is spectacular. As the pragmatic Anderson, he’s also a man riddled with grief, haunted by the death of his son, which is a marked distinction from the novel. Seeing him work through issues, revisit tough memories, or spend somber evenings with his wife Jeannie (an also-excellent Mare Winningham) afford his strongest portraits to date. He’s an enigma to watch.

So is Erivo, who is saddled with so many scenes by her lonesome that you can’t help but applaud her performance. Her introduction is a tad jarring, if only because she’s such a departure from the more-remedial detectives of the first few episodes, but she wins you over fast. It’s a very physical performance, and Erivo speaks volumes with each glance, as if she’s figured everything and everyone out in her head. It shouldn’t be understated that she’s also tasked with ushering in the more spiritual elements of the series, and like Price, she never teeters into the outlandish. You believe her.

Elsewhere, there’s Bateman, whose bewildered Maitland draws out that silent panic the veteran star has since patented; Bill Camp returns from The Night Of, this time as a no BS lawyer; Paddy Considine brings the sleaze with ease; Julianne Nicholson flexes some muscles as the mother Maitland trying to keep her sanity; and Yul Vazquez will be the “other cop” everyone wants to check in on. They’re all working off of Price’s scripts, so naturally everyone gets their own moment to shine, and each name leaves enough of an indentation to recall. It’s a strong ensemble, which is paramount in King’s Dominion.

The Verdict: The Outsider revs up the King hype at a time when it was starting to lose steam. Last year wasn’t too kind to the Master of Horror. Save for Mike Flanagan’s slept-upon Doctor Sleep, the rest of the adaptations were average at best. Pet Sematary proved unnecessary, It: Chapter Two withered away as it turned the pages, In the Tall Grass got lost in the weeds, and Castle Rock burned down. The Outsider feels different. It feels fresh. It feels unique. It feels like a side of King’s Dominion we haven’t really seen on screen before, and that’s good news for Constant Readers and for HBO.

For fans, it’s evidence that King’s Renaissance remains stronger than ever, and for HBO, it’s an unlikely bridge. How so? Well, it tickles that true crime fancy, ostensibly filling in for True Detective (last year’s season premiered this same weekend), while also giving them a much-needed horror title. Both genres are scorching hot right now, and they’re wise to check both boxes. They do that with The Outsider, another exemplary addition to the network’s ever-enduring rotation. This is appointment television, the kind you want to keep talking about, the kind you want to keep solving.

Where’s It Playing? The Outsider steps inside your homes on Sunday, January 12th at 9 p.m. EST.

Stephen King's The Outsider Is the True Detective Season We've All Been Waiting For: Review